My Blog Has A Special Reader

First of all I am going to include some photos of the hounds that were taken this morning. They have nothing to do with this blog post but there are a few good photos of them, if I do say so myself. It will break up the paragraphs of this LONG blog post. 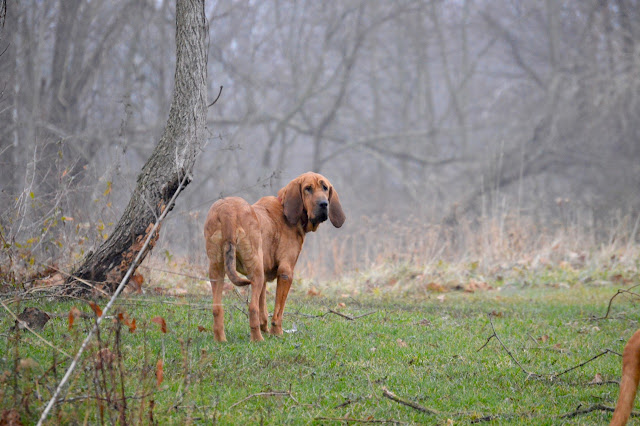 I am sure that most of us that have or had blogs, never realized where our words or photos on our personal blog would reach. We don't even think about how far away readers come from or the total number of readers that would return daily, hourly or with every updated new post. Many of you made a blog just to add photos of your travels for family and friends so they could see and keep updated with your travels. My blog started October 2011 about the RV lifestyle I had just found out about and I was interested in doing that. Over the years it changed direction and moved to more about my hounds instead of RVs.

A couple of years ago I even stopped and deleted the blog. I shut off the domain name. Due to blogging being an addiction to someone like me, I brought the blog back in time to recover the same domain name and Blogger could bring all of my blog back online. Sure they deleted a lot of my photos but it didn't take that long to reload the photos.

Anyway ... where was I? Stella just came over to my desk chair doing her Phase I of begging to have her lunch at 11:35am ... you would think she would at least wait until after 12 noon. She hasn't started howling yet, that is usually her last resort. (~smiling) 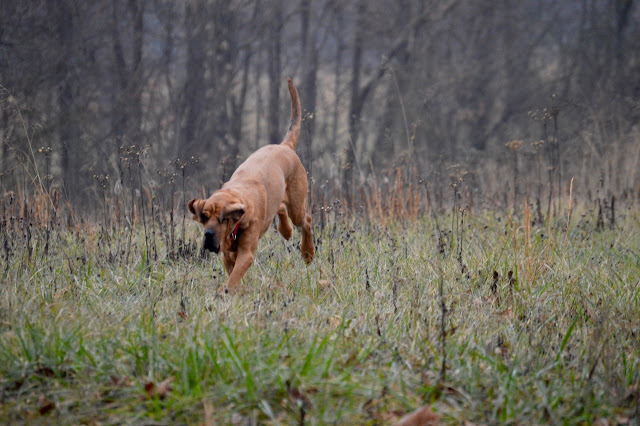 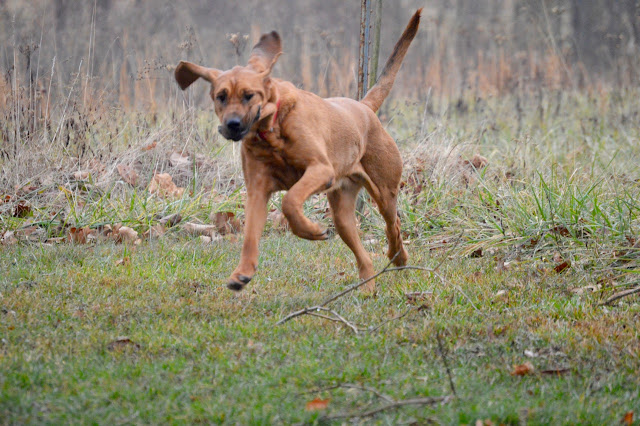 I think some of you might find this to be a very heartwarming story ... but also show bloggers, like yourself, you never know what your words or your photos may do for someone that is having a bad day, a bad month or even a bad year. In my case it is a mom that read my blog to her disabled son, who laughed at all the hound photos and for some reason became quite attached to Winston.

He is my blog's "very special reader". -- {I forgot to mention that all quotes were pre-approved by mom & son}

This past fall as I did less yard work outside, most of my blog posts and photos, if not all of them ... were taken in my backyard with the hounds roaming the field by day and sleeping on the couch at night ... I was becoming a little bored with it. I was sure if I was bored than the blog readers were becoming bored, with some of them not coming back.

So last month on December 11, 2015 ... I made a post telling everyone that I was making the blog a 'private' blog, where I could document the hound's lives for only me to see. More like a personal journal instead of a blog. Later that I afternoon I received an email from a reader that 'blew me away'.

"Winston, he stole my heart, they all did actually. My son, who is disabled, really enjoyed me reading your blog to him and he would look at your hounds photos and laugh out loud when he saw the action photos. He misses your hounds too."

I am not really sure why I went with my plans of shutting the blog down from public to private, but I did. I guess my feelings were too strong, that I no longer wanted to write about my boring life for all to read. I was being selfish and looking only at me and not the 'big picture'.

During that next week I received a lot of emails wondering if I would reconsider putting the blog back online so all could read. There were more people than I had ever imagined, telling me they loved coming to my blog just to see the photos of the hounds, and it didn't make any difference what they were doing.

So December 22, 2015 I sent out a few emails to some people, including this mom, saying that I was going to bring back my blog to a public status, where everyone could read it. This was also only 3 days after Winston had hurt his back. Not only did I want to document what was taking place to help him recover, I wanted to post photos I could use as a reference during the process.

I also felt after all the years of my blogging and all those readers that came here only to read about the hounds and see the photos, deserved to know what happened to Winston just 3 days prior and would want to follow along during his recovery process.

I felt more than any other reader, that one "very special reader" needed to know what happened to Winston.

It was a short time after I sent out the 'reopen' emails that I received this from the mom that read the blog to her disabled son.

"That is the BEST news I've heard. We sure do miss the hounds"

That's not all though ... these next few quotes will show fellow bloggers just how much influence your blog may have on someone's life.

After I broke the news on the blog that I had to put Winston down, I heard from the mom.

"My son stayed sad ALL DAY and then last night he asked me to print out pictures of the hounds. He had me write all their names on the pictures EXCEPT for Winston's name. He went to his room came back with the Best Buy advertising flyer, took my scissors off my desk and did his best to cut out the word "BEST" then took tape and used almost the roll to tape the word "Best" on the bottom of Winston's picture, THEN he had me write the name "Winston" after the word BEST. All the hounds are taped to the wall right now. Winston's is face level to him. He has leaned his face against Winston's pic a few times. I am so shocked how he took to Winston like this. Especially since he has not ever saw the dogs.  I am suspecting Winston may have reminded him of a stuffed puppy that he had when he was a young boy which had the big ears and close to the same color as Winston."

I cannot tell you how many times I read that paragraph over and over. As bad as I was feeling about losing Winston just the day before, this "special reader" was feeling even worse ... a million miles away.

Like any good idea ... I had one pop into my thick skull, just out of nowhere, it was just there. For this "special reader' I wanted to tell him all about Winston, the hound he fell in love with. I wanted to show him when Winston wasn't much bigger than a 24oz plastic Pepsi bottle. I wanted to show him that Winston use to have a huge bloodhound named Bertha, bigger than Sadie, who taught Winston everything because she thought Winston was her puppy. She even taught him to be a squatter instead of lifting his leg.

As I went through my photo file of Winston, picking out certain ones to load int the blog, I started feeling better. The more I wrote, I felt better, so I couldn't imagine but was hopeful it would make this "special reader" feel better also. By the time I was finished I had uploaded 121 photos for "Winston's Story", linked at the top of the blog page.

Sadie, Stella and Heidi had just returned from a short fast trip outside ... when I had this in my email inbox ---

"The boy is in love all over again. Ran out of ink printing out the Winston puppy pics. And, he has someone looking through a HUGE stove box full of his stuffed toys, he pointed to Winston's photo and they are looking outside in the shop through that box for his stuffed puppy. That baby pic did it. My son knows he has a puppy like Winston."

"We are still looking for his beagle stuff dog, it was black with brown and had big ears."

The latest news from the mom arrived this morning ... "We now have Winston wallpaper. It is not too bad for cost, under a $100 and will cover a wall space of 4 feet by 10 feet!"

Winston would have been happy to have this "special reader" as his friend. He would would have given him "that look", as he looked up at his new friend, wagged his tail back and forth ... waiting for his new friend to pet him ... or give him a treat to eat, or maybe some of his pizza crust. 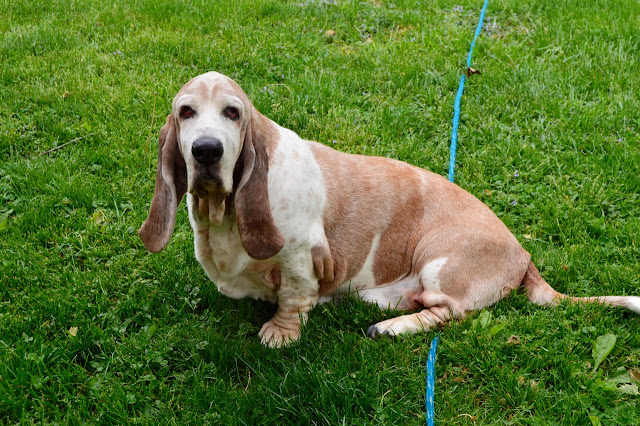 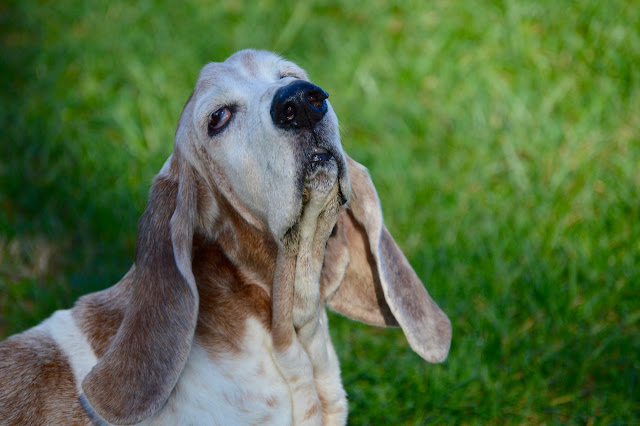 I am watching college basketball and the NFL Playoffs this weekend with hopes I'll start feeling a little better. That prediction the weatherman made yesterday of 51° and sunny is a little off today with 47° and a lot of rain here in the "tropics" of Southern Indiana.
By Steve at 6:22 AM