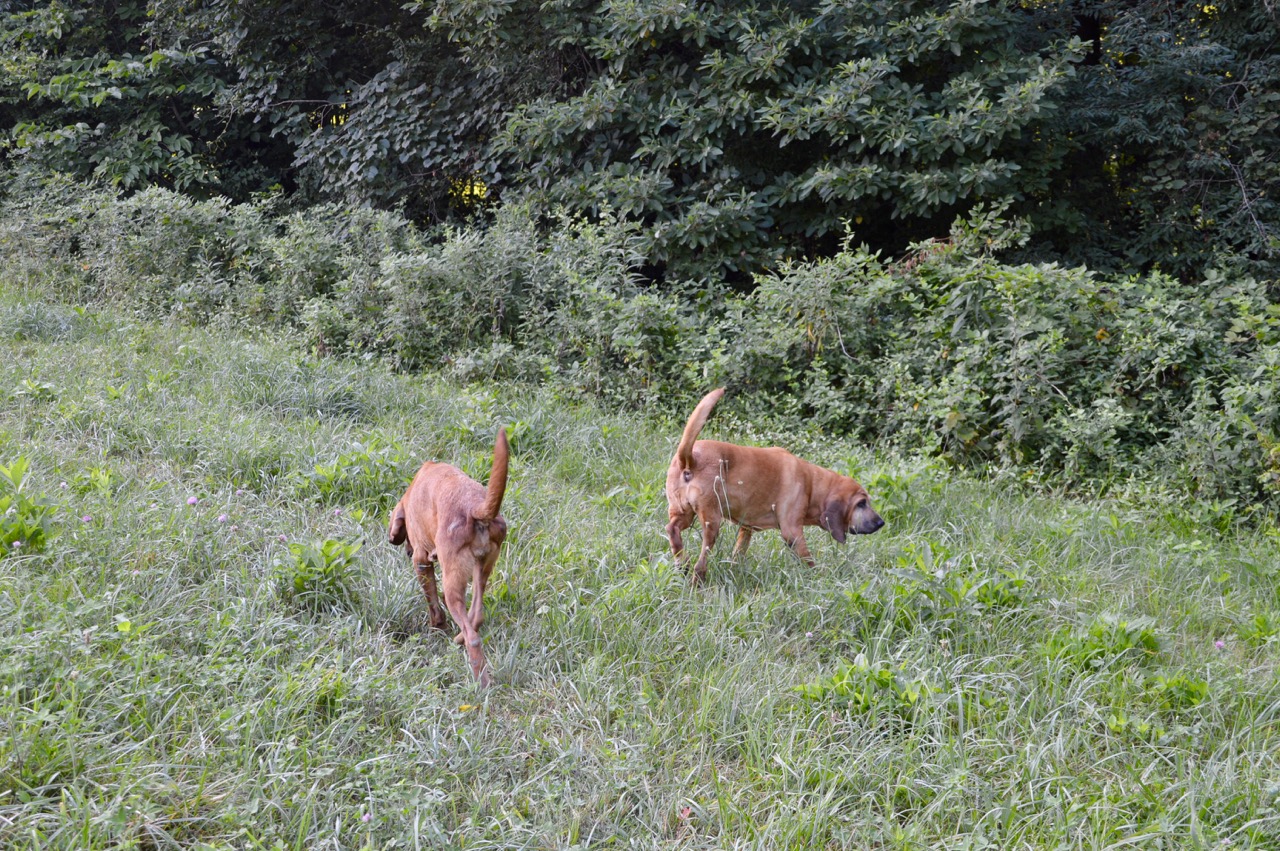 I underestimated the heat yesterday, forgetting just how hot these 'dog days' get and for how long. I was willing to wait until 9:30pm for it to cool down for a 2nd walk of the day ... but it never happened. The hounds seemed satisfied sleeping in air conditioned air even past that 10pm hour.

So this morning the daily routine changed a little. It didn't help that I slept a little later than planned but being retired I can do that and do on occasion. To get started as early as possible we went for the walk this morning before coffee was made. That's a drastic change from the norm. 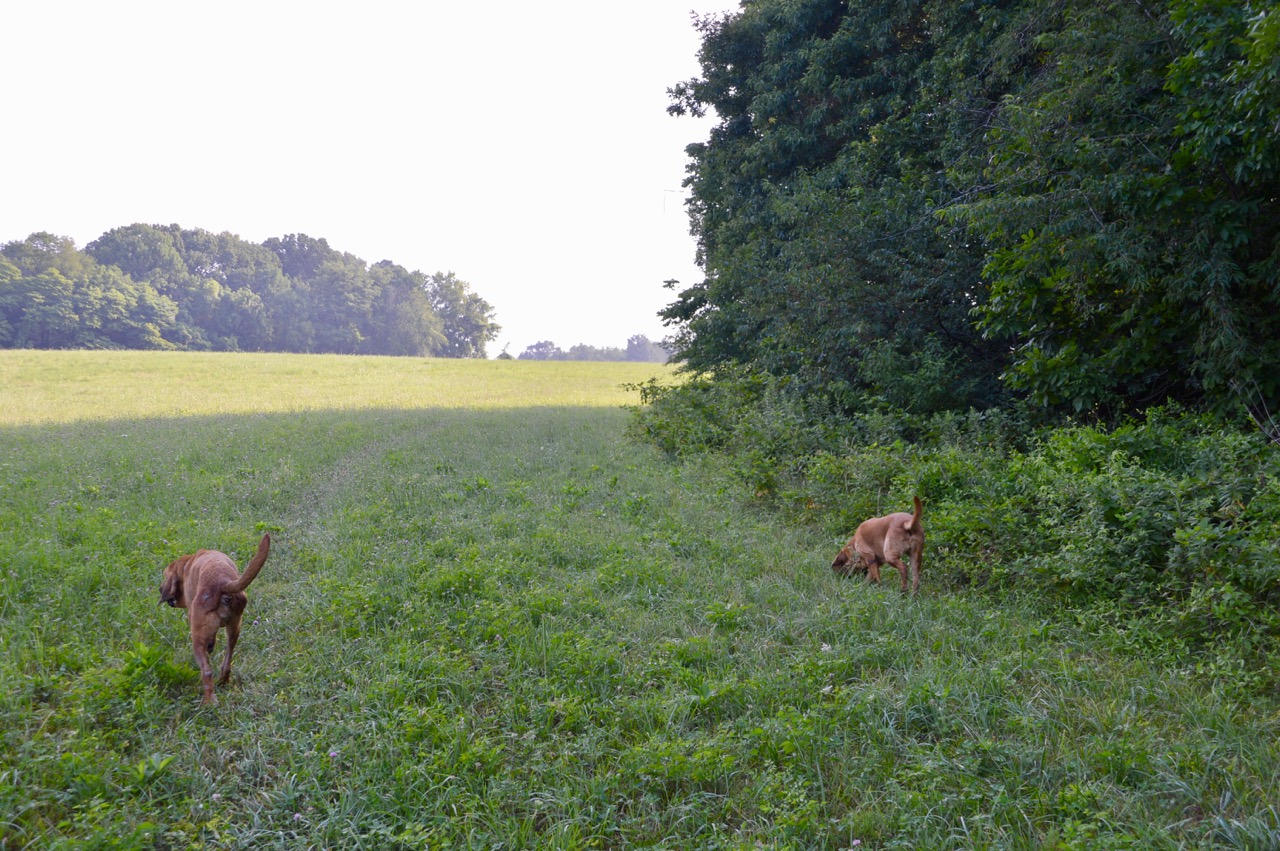 With the temps at 86° at 8:23am, and Wunderground telling me today would be hotter than yesterday (how could it?), it was still hot and muggy when we started in a lot of shade. Stella showed a little extra energy but I was to find out later it was only to get the walk finished as soon as possible. 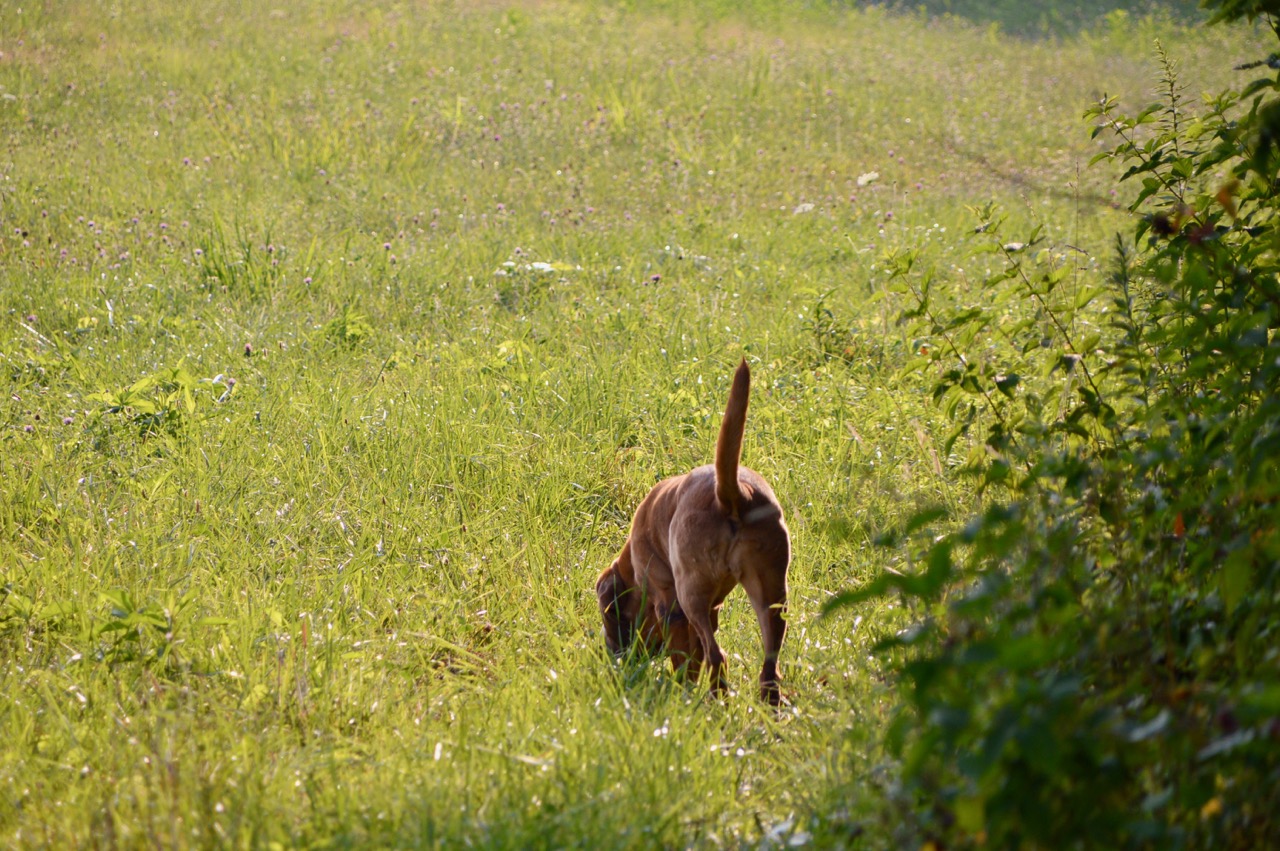 I knew that when I caught her trotting and not stopping for her daily natural protein supplement in the field that she was serious about making this one of the fastest walks in her history. 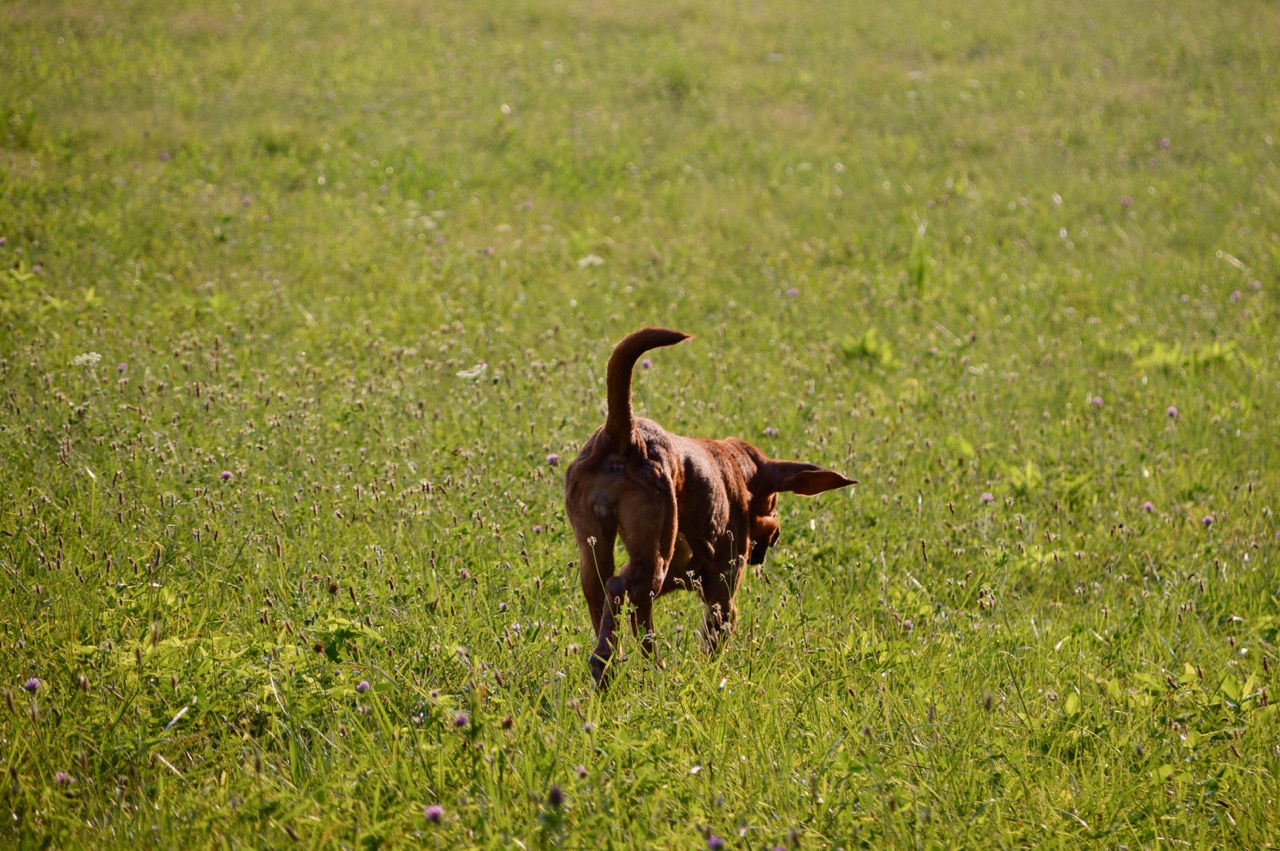 As we walked I thought of my plans for today. The first thing before anything else was considered .. make coffee ... drink coffee. With my mind scrambling with landscaping ideas that I had not planned on, I am moving what I bought around to different locations. I am looking on the internet to see how big these new plants get ... so I might only rake the new top soil into the clay dirt while filling in the three holes where root balls once were. 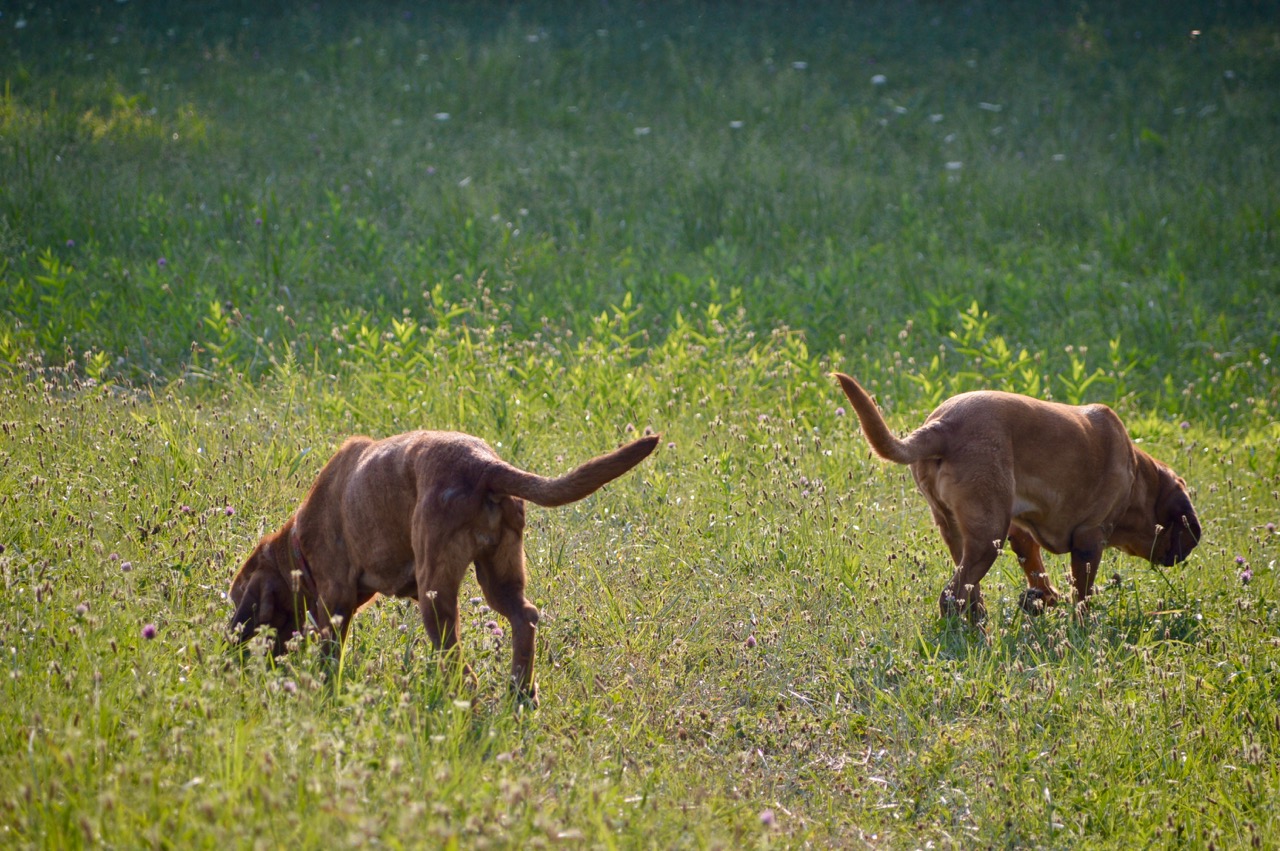 Even that might not get finished today. If I can wait until Monday, the temps will drop about 10° and make it bearable enough to work outside. Now that I have bought a few plants the mystery and confusion in my mind is over where to put them. How much, where and how to work around the side walk of stepping stones to the porch. 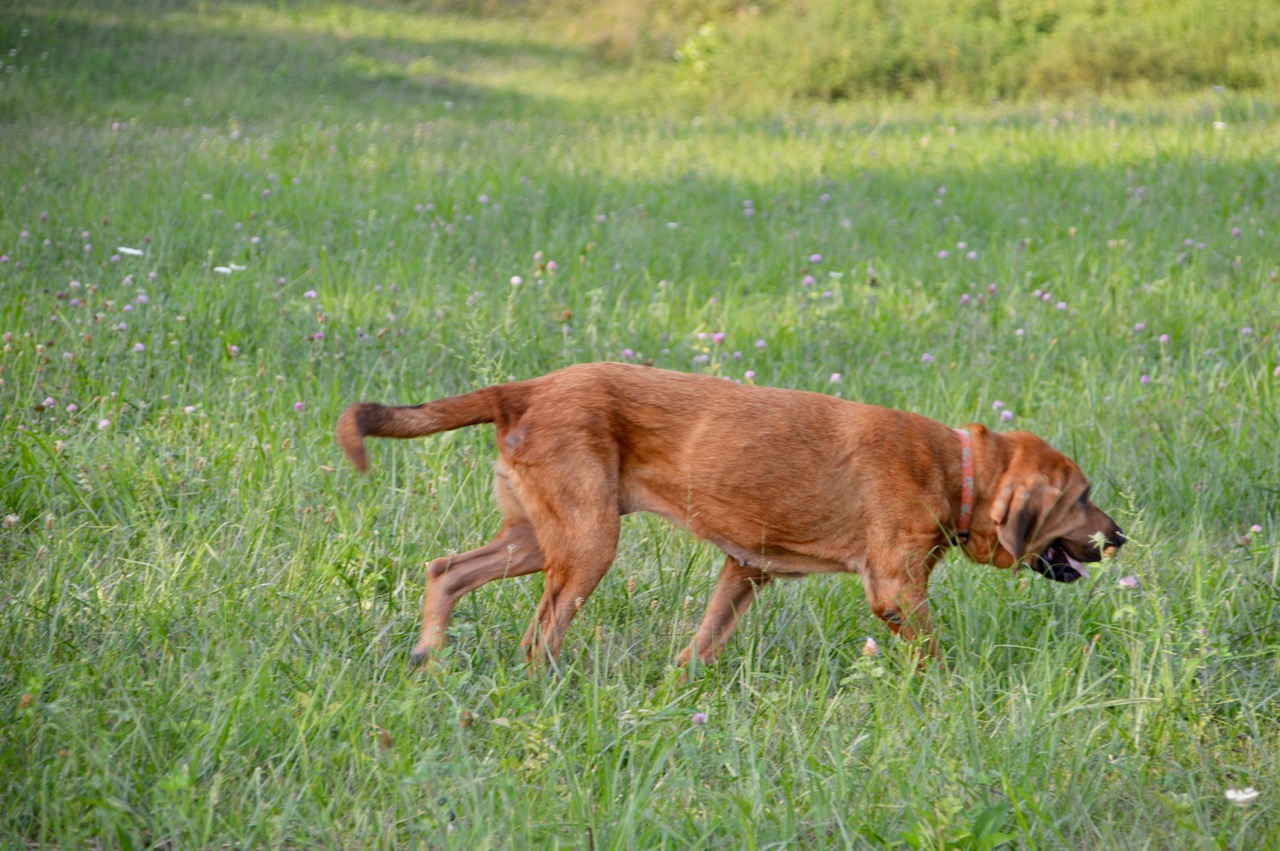 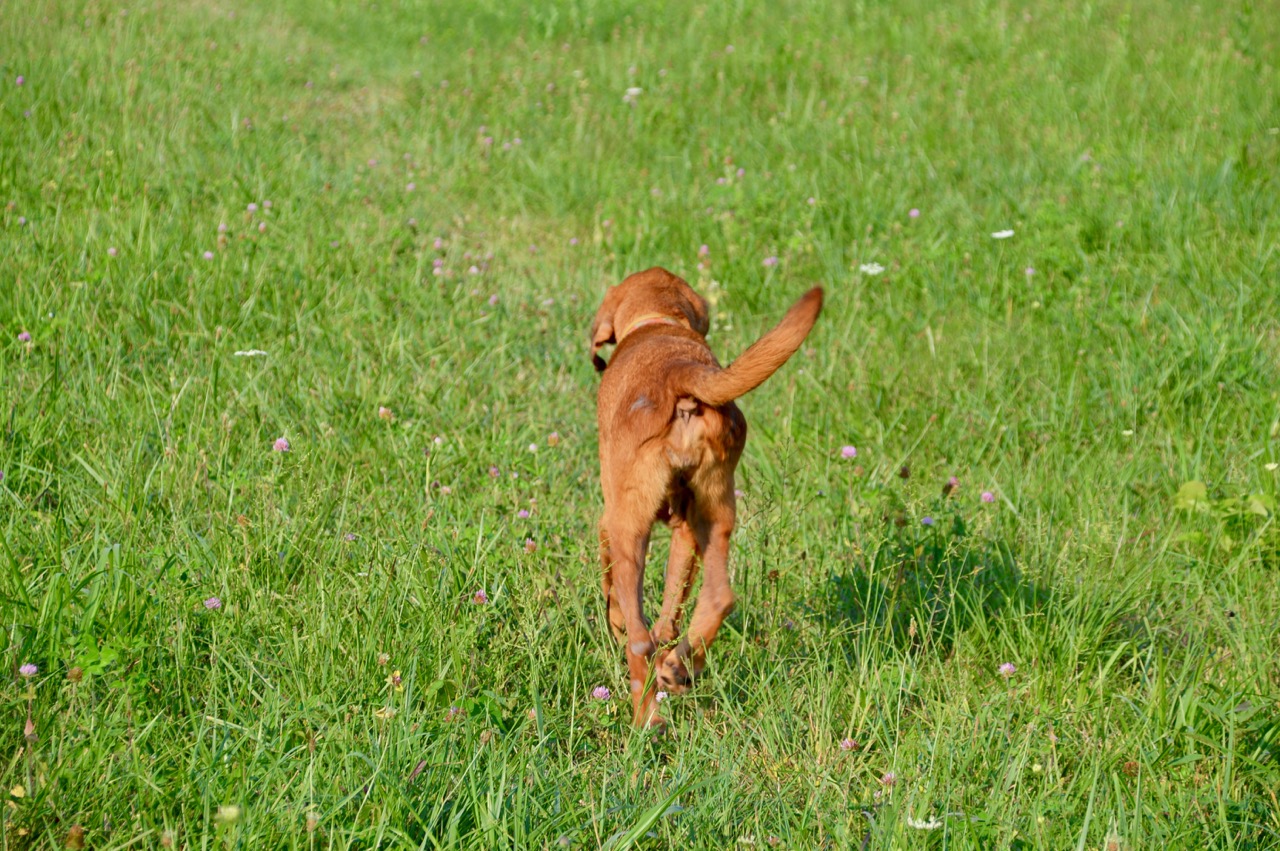 It's so late in the season that all perennials are 50% off with the annuals being not only small but free. There is still enough life left in them they can bloom for the rest of the summer. From Google Images it looks like the 8 different plants I bought can grow fairly large so that also makes me hesitant where to put them. 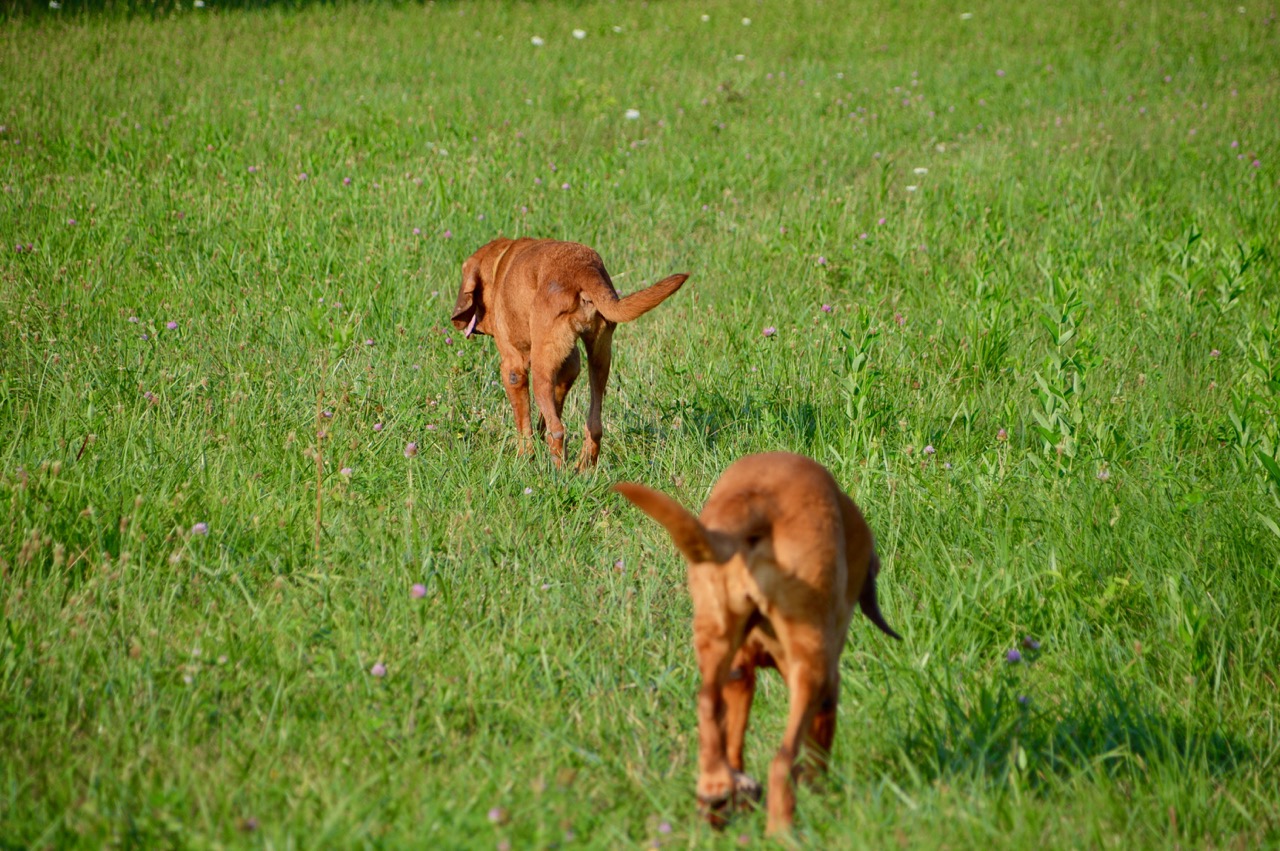 I want to use the  four Azalea Hot Shots (red) as end pieces. Right now I am thinking at the two corners of the house, one on just on the left side of the porch and the last one I am not sure. I don't want to block the porch steps this time, nor do I want to block that big vent in foundation that works with the crawlspace. 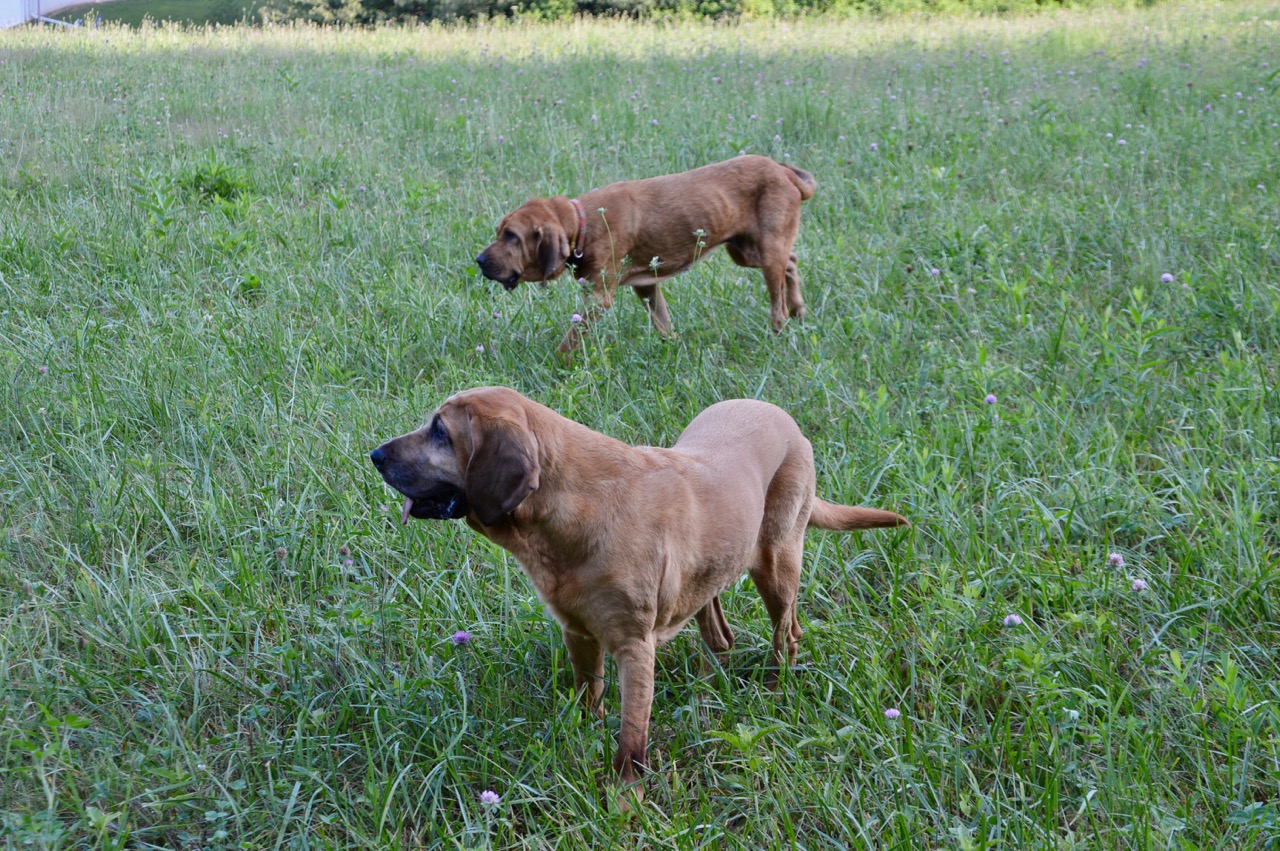 Also this time of year, they did not have a lot to work with. All of their greenhouses were empty, not to be filled again until next spring. They had some 'Happy Returns' Daylily, so I picked up a couple that will be bright yellow eventually. They had a small amount of 'Purple de Oro' Daylily's available so I picked up a couple of them ... while not knowing yet where I will plant them.

Here are some photos from our Friday morning walk that I forgot I had until late last night. I remembered them as I was doing my daily uploads into Google Photos and Flickr late last night. They were taken with the Nikon D3200 but my 2 hours of outside work and using the iPhone camera yesterday caused a lapse of memory that I had these photos. 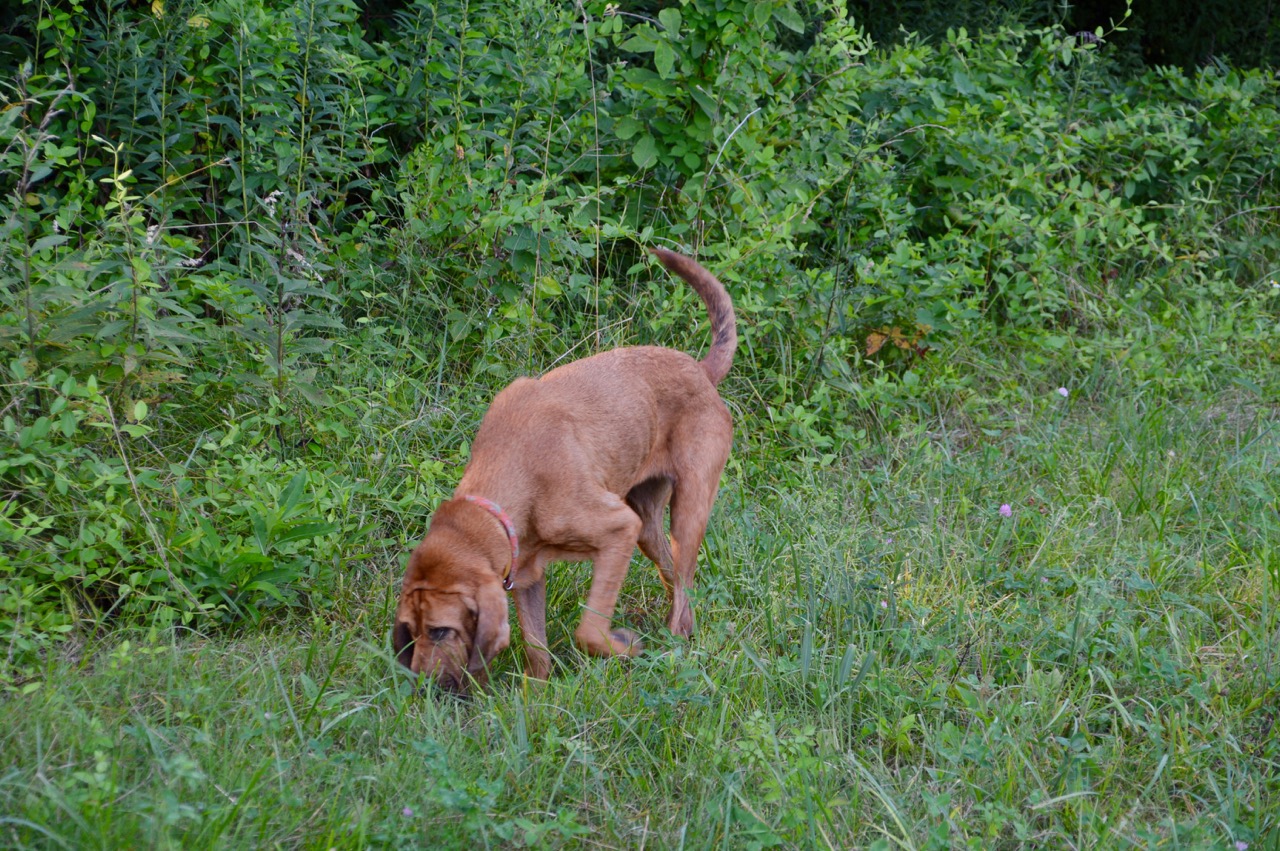 I asked about boxwood hedges for the front of the carport but they were not in stock until next spring. It was suggested that Hostas would be nice and the pictures were fantastic showing me what they would look like but they were also out of stock at the local biz. The mature sizes of hydrangeas and rhododendrons make me hesitate on those. 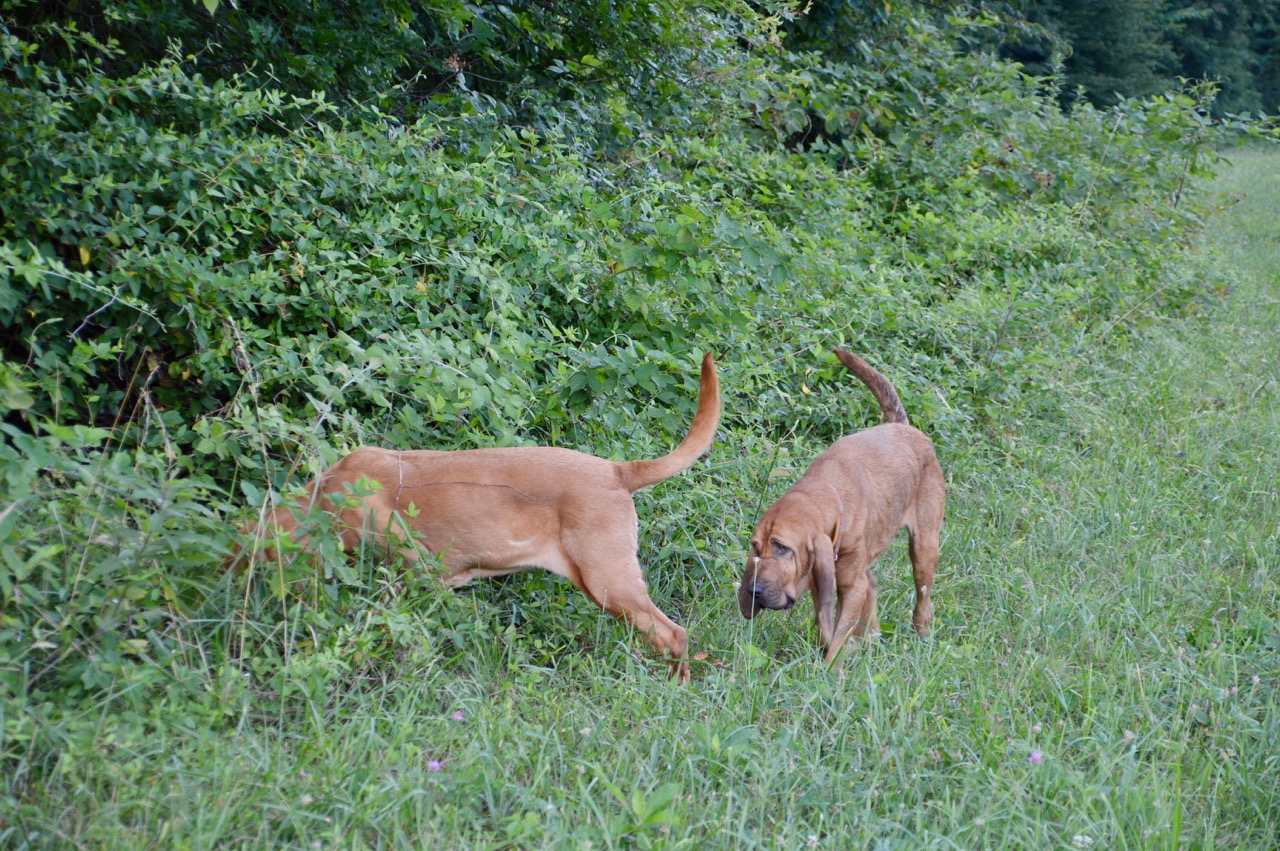 They are are a few days away from some bright yellow mums, so I'll get some of those to fill two of the large pots I have from when I bought their mums previously. I am thinking if I let these flowers grow into the large sizes they are capable of, they could cover a lot of the exposed house under that small kitchen window. I could still put in a small stone walkway toward the porch. 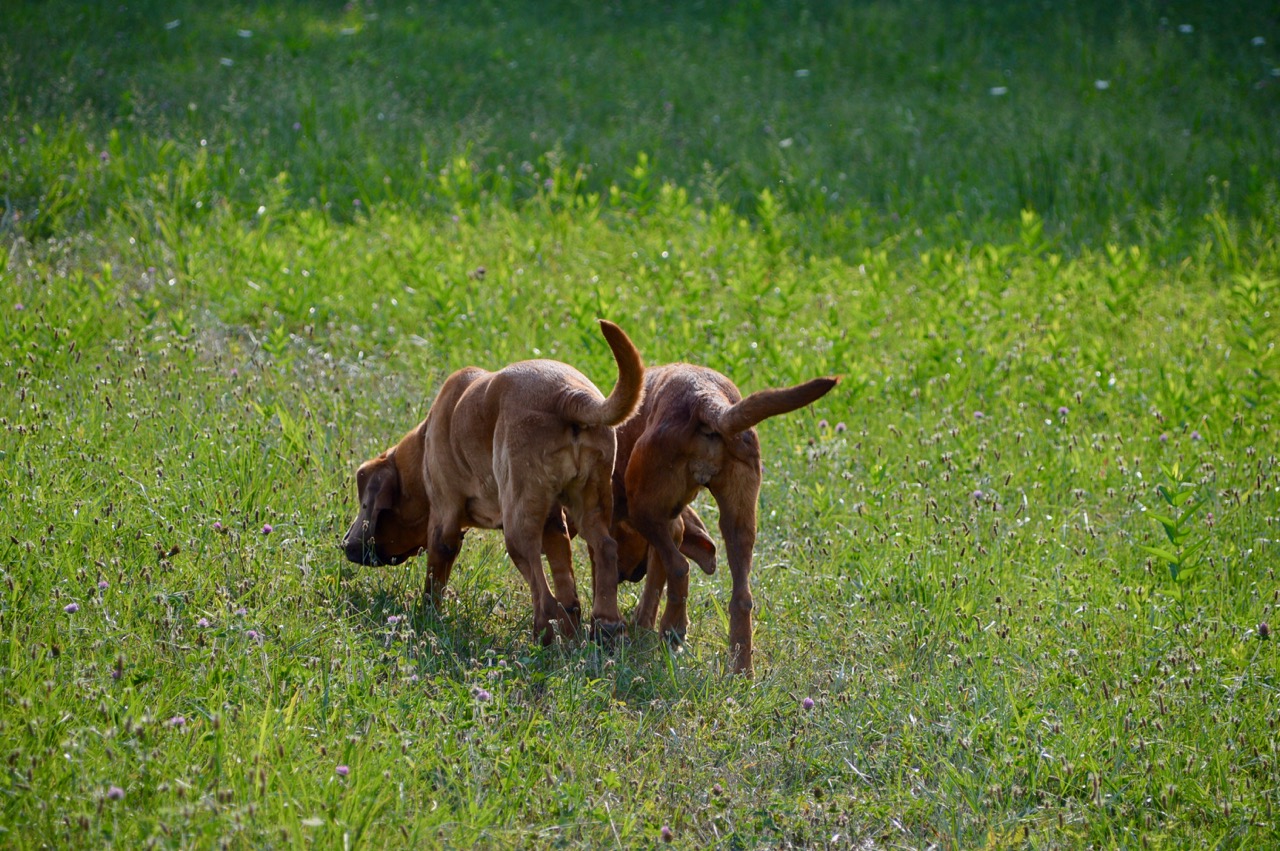 I wasn't planning on doing this type of landscaping this summer. Although I still had indecision on what to do with the Yews. Recent internet searches were now saying they were deep rooted, different from what I read last winter. At least they are no longer setting 3' above my septic tank so that concern has been removed but it looks so empty now in front of the house. 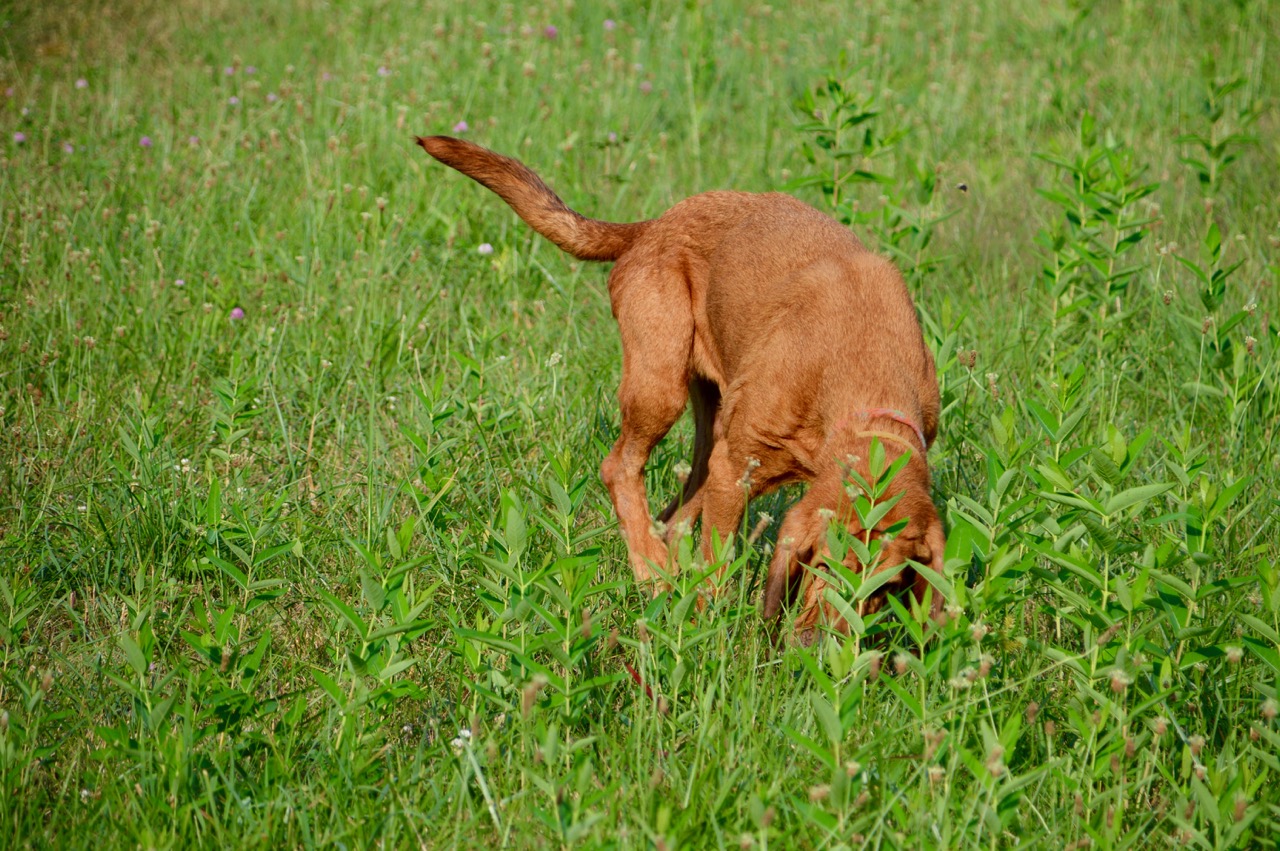 Like I told the guy helping me with choices and answering my questions, the past the annuals I bought were either destroyed by hard blowing rain by thunderstorms or the heat would kill them in July and August. Maybe I can keep that from happening in the future. 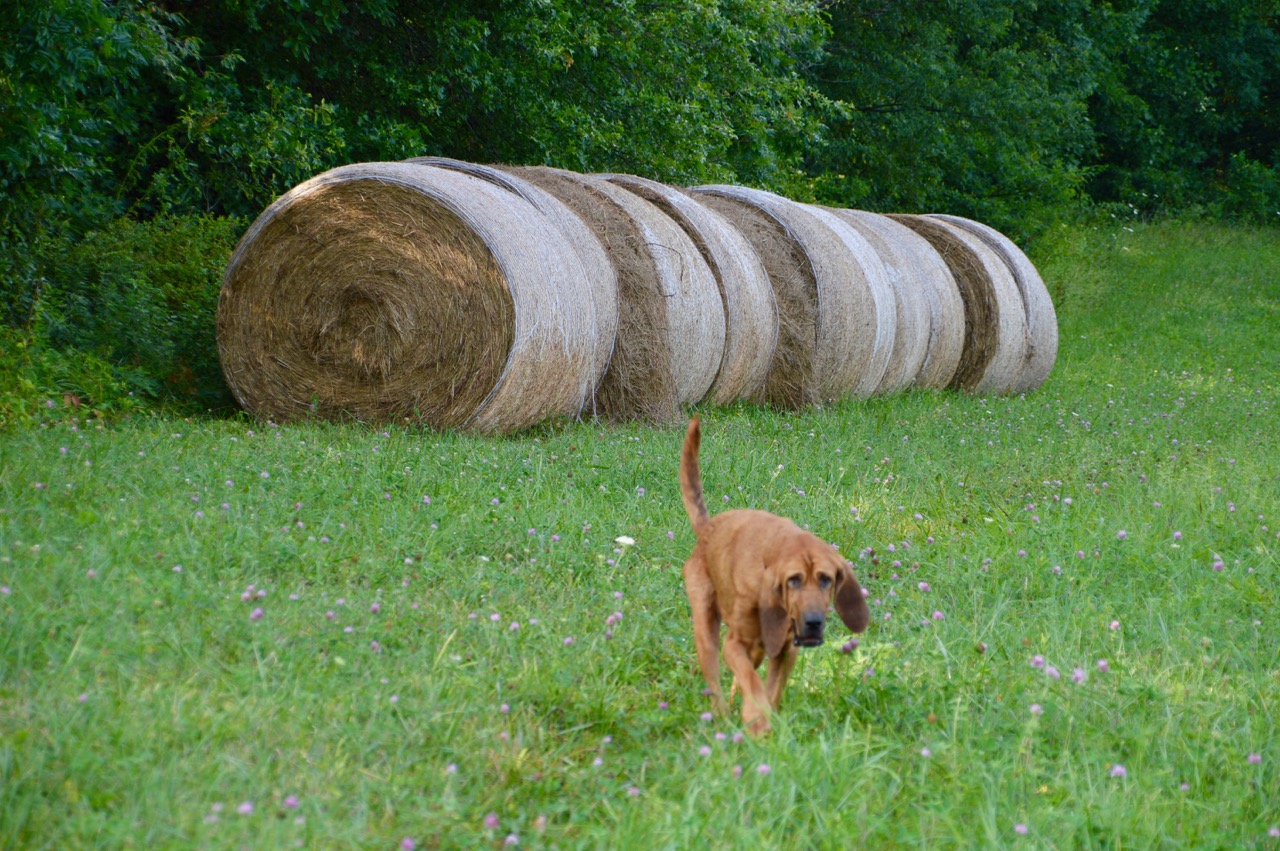 I gave Stella another bath yesterday afternoon. I was hoping to see fleas on the bottom of the bathtub after she was rinsed but that didn't happen. I was curious because I was sure I was bitten by a flea the other night while sitting next to her on the couch. I sprinted for the Benadryl cream while she continued her deep sleep like nothing happened.

The field is starting to grow with more full size butterflies and more bees hovering around the purple buds. 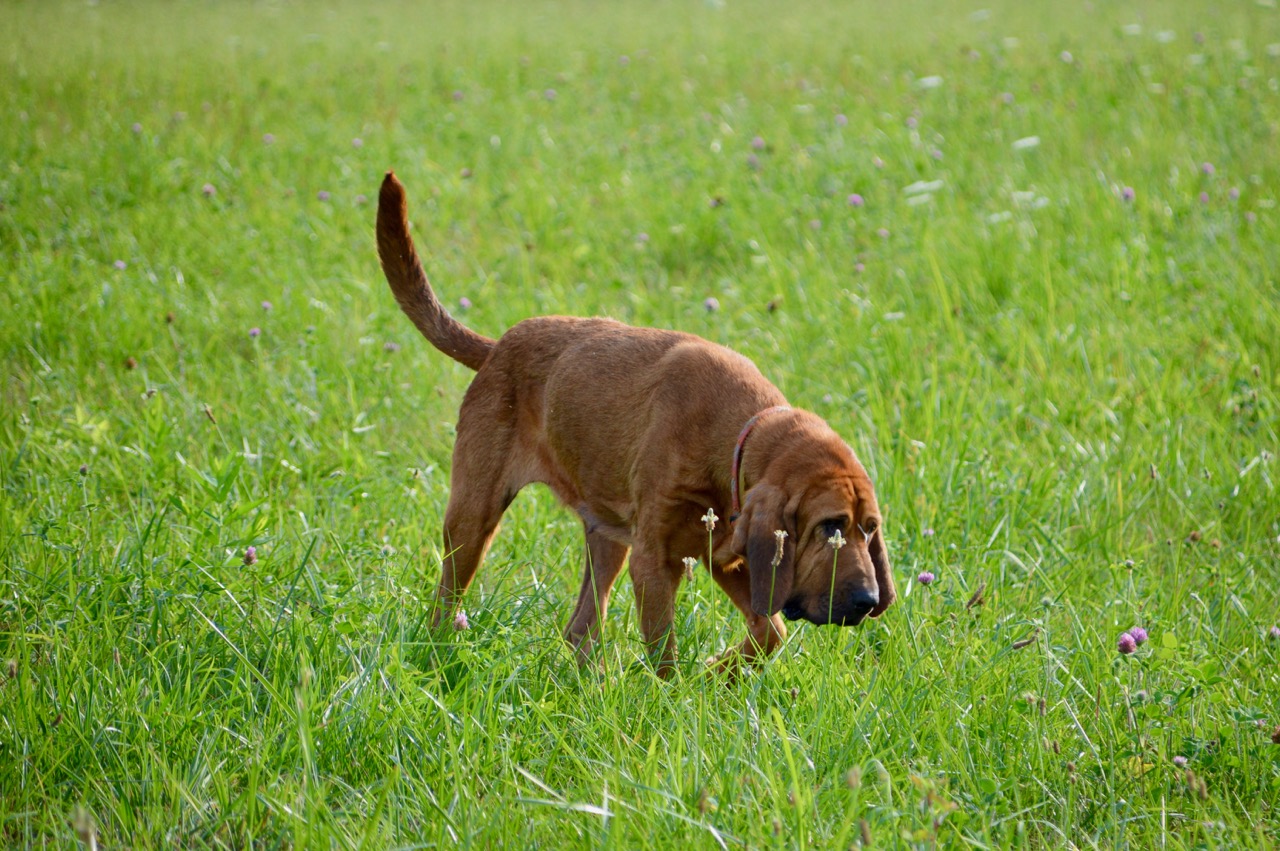 It was still very hot and very muggy yesterday with the first half of the field in the shade. We will have a break in high temperatures in the next few days. Those mid 80's will feel like winter after what we have experienced the past week. 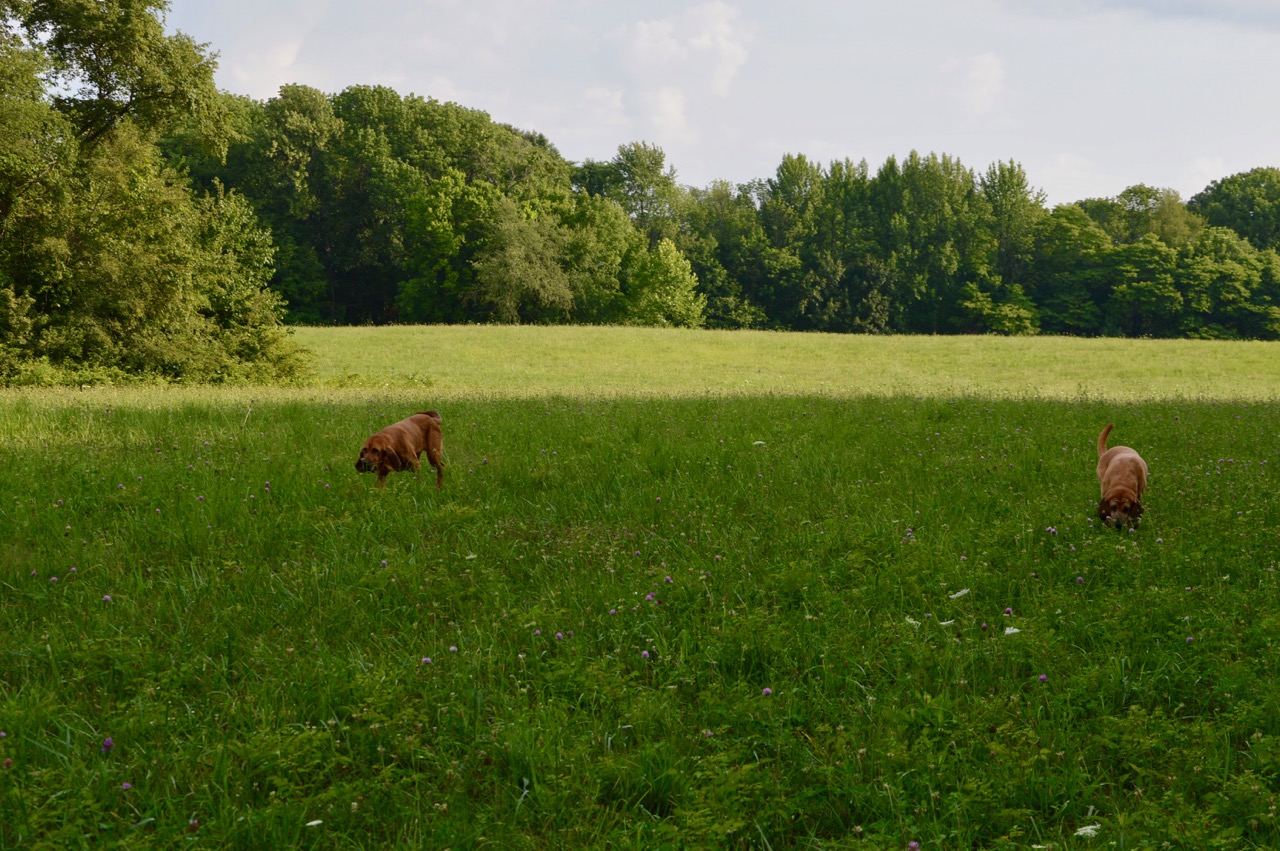 I'm not sure whether to post this now at 10:11am and call it a day for more blogging or save it as a draft in hopes something worthy will take place where a few more photos can be added. We will see .....

********************
As you can see, I waited to post this after the hounds had their lunch kibble. The possibility of getting more photos for this post, maybe some more commentary was cut short. I am not complaining because it's just the way it is in 'the tropics' of Southern Indiana in July ... but I always add temperature and the heat index to give those readers that have never experienced this type of weather some idea of what it's like. 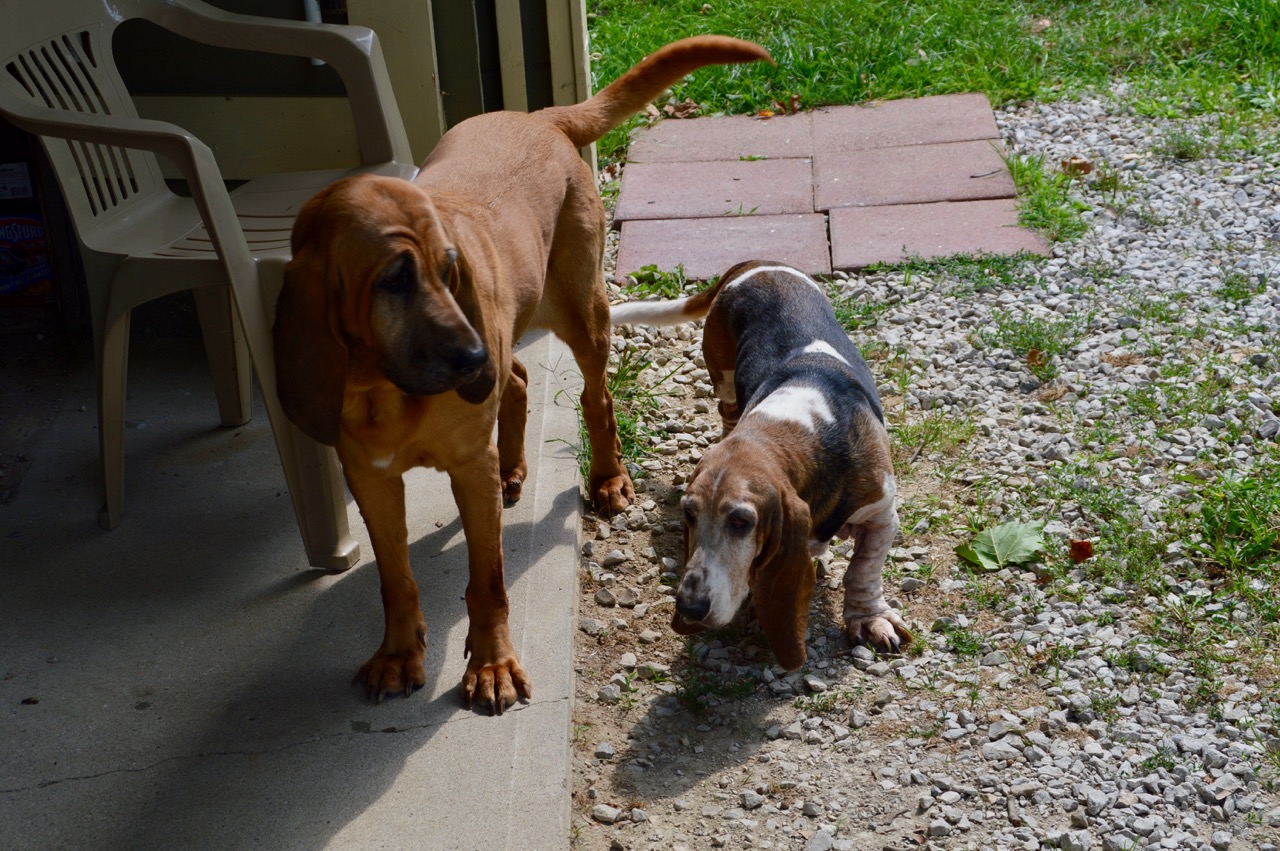 The temperature was quite a bit cooler than yesterday, holding at 86° but the heat index was 105° ... so the hounds were in no mood for a mid-day walk nor did Heidi want to lay in the grass and soak up some rays. They beat me to the door to get back inside.

I think this picture of Stella gives you an idea of just how miserable it is. 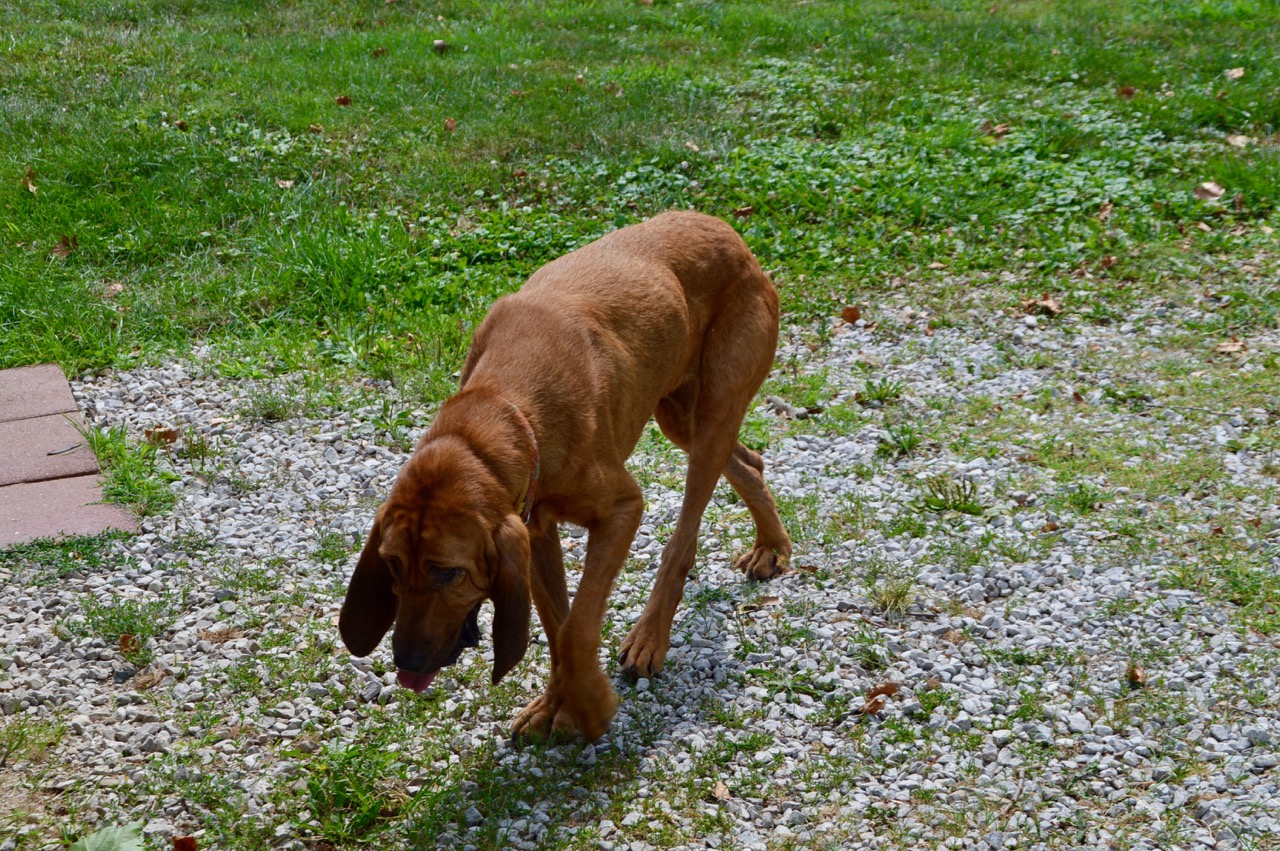 With my mind on my latest project and fighting all urges to hurry up and do everything today (joking), I thought I'd at least put 'punch' super elfins in a pot and match them with the 'white' super elfins. I read the back of the small plastic label telling me to plant them 12" apart ... but when it's way late in the game for a full season of grown, I just wanted to fill the pots with something of color. I'll separate them later if they have a huge growth spurt. 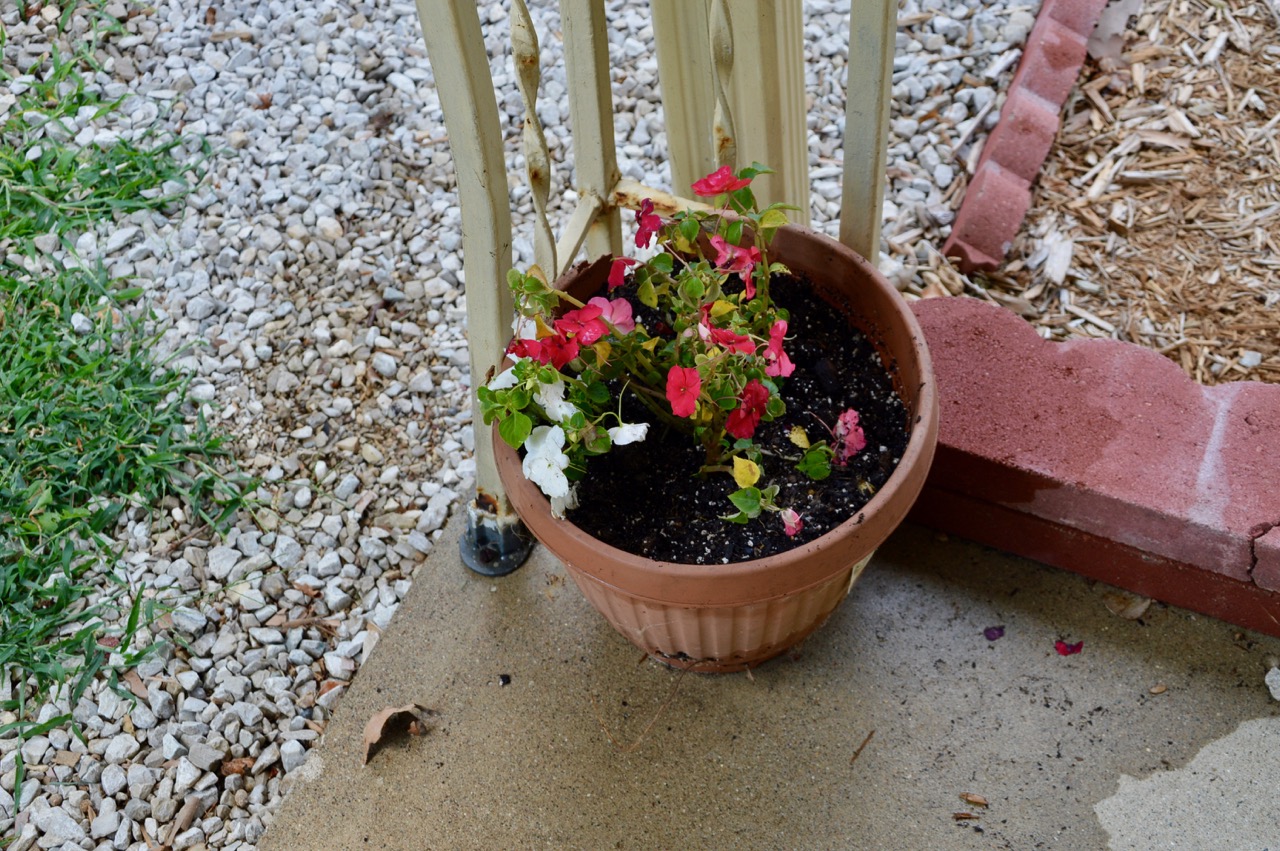 I had a couple of super red geraniums, for what I thought would be one pot worth but when I saw I had too many of the 'white' super elfins there was no other choice but to fix a 2nd pot. I still have one more green pot like this one to put in the bright yellow mums in a week or so. 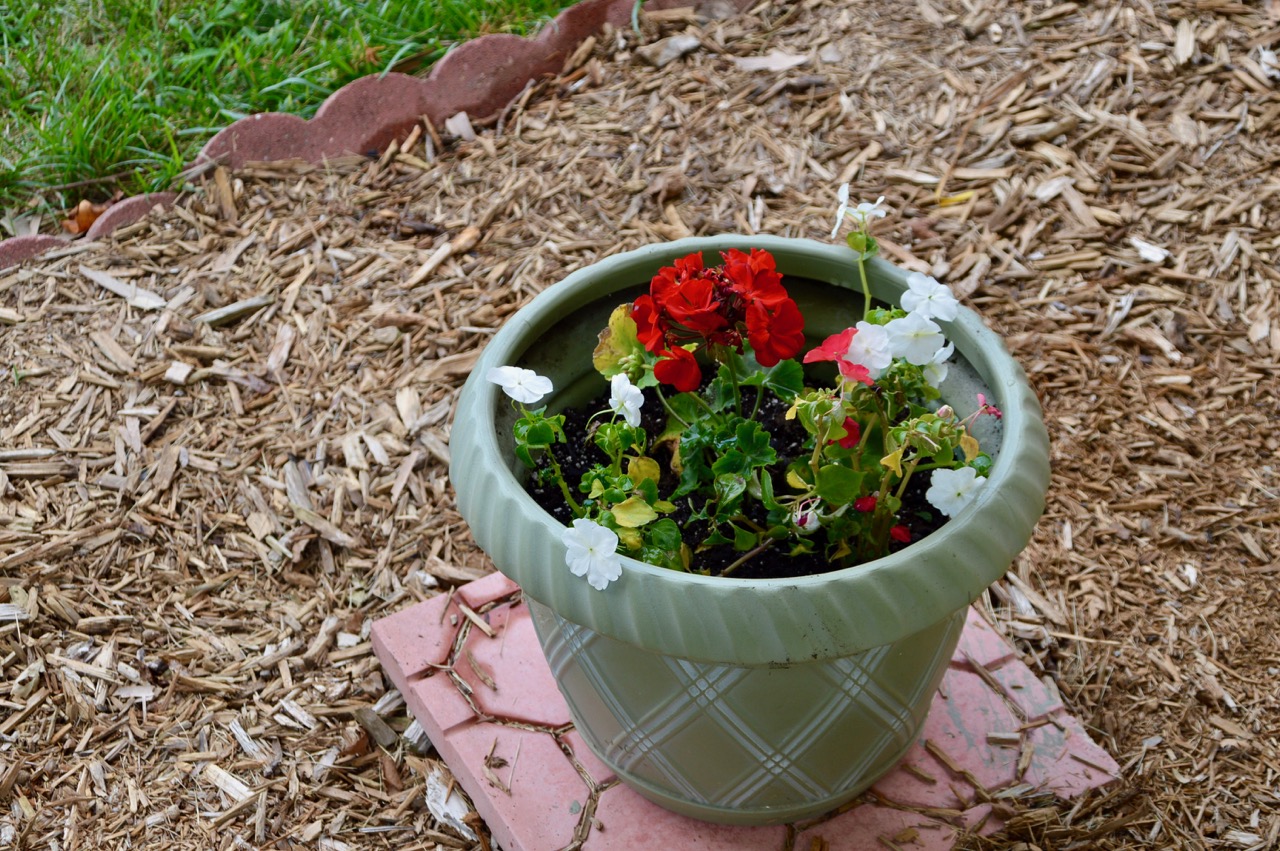 The problem was I was planning to do just one pot plus spread two bags of top soil in the bed left of the porch. I wanted to fill some of the holes left by the root ball of the yews plus rake it in mixing it with the hard clay dirt. By the time I had emptied the two plastic bags of top soil and raked it in I was hot and wanted stop. 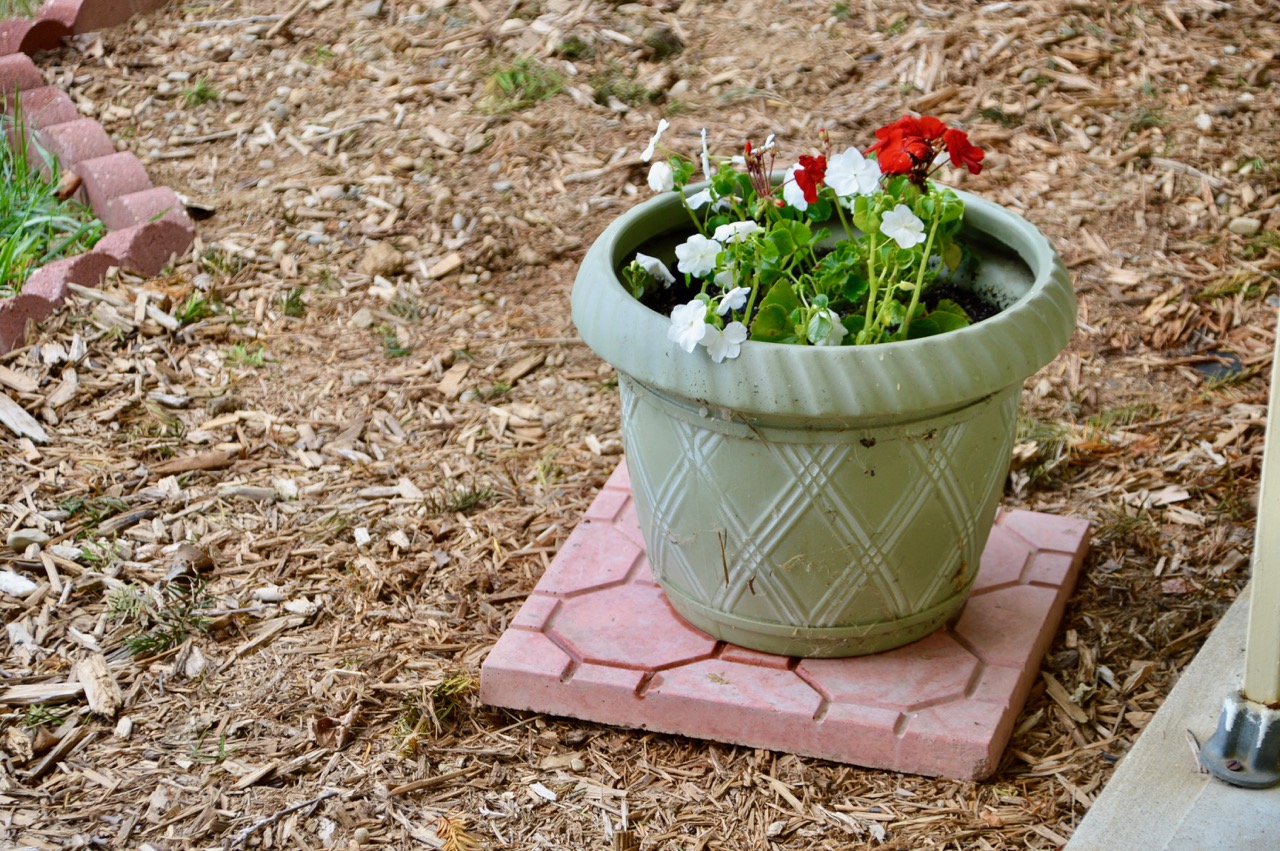 I did not do my first pot of flowers until after spreading the topsoil. I had been outside a total of 13 minutes and was already drenched with sweat and didn't do any really hard labor. It took me 26 minutes to do all three pots and spread 2 bags of top soil.

The cold glass of freshly made ice tea and the AC running at maximum efficiency felt like I had won the million dollar lottery.

I am pretty sure that one of the Azaleas will be planted just a little off center of the DirecTv satellite dish bracket. That way as it grows it will cover the bracket but not as far over to cover the gutter downspout. I am thinking the lilies I bought will be too big and out of control for that small space to the left of the porch.

A long time blog reader, Mary, told me this morning the lily roots will go deep and they will always return if I try to get rid of them. Maybe in front of the carport is a good place for them. That would put them out of the way of the septic tank and tall enough to hide some of the cars parked in the carport.

I still like the idea of different colored hostas used as filler between the azaleas. Maybe the more the more planting I do, I will learn more about these different plants, shrubs and flowers to the point of getting some enjoyment out of it instead of feeling like I'm pulling weeds on a hot day.

The hounds are all in a deep sleep, officially cancelling all afternoon and evening activities here in 'the tropics' of Southern Indiana, where hot and muggy are the norm for this time of year.
By Steve at 9:57 AM