Another Afternoon Of Sleep After the hounds had lunch at 12:15pm, we all went outside as usual. It didn't feel that hot but it was muggy enough that I knew I didn't want to spend too much time outside. I needed to water the bank by the corner of the house with rain in the forecast only once in the next ten days. 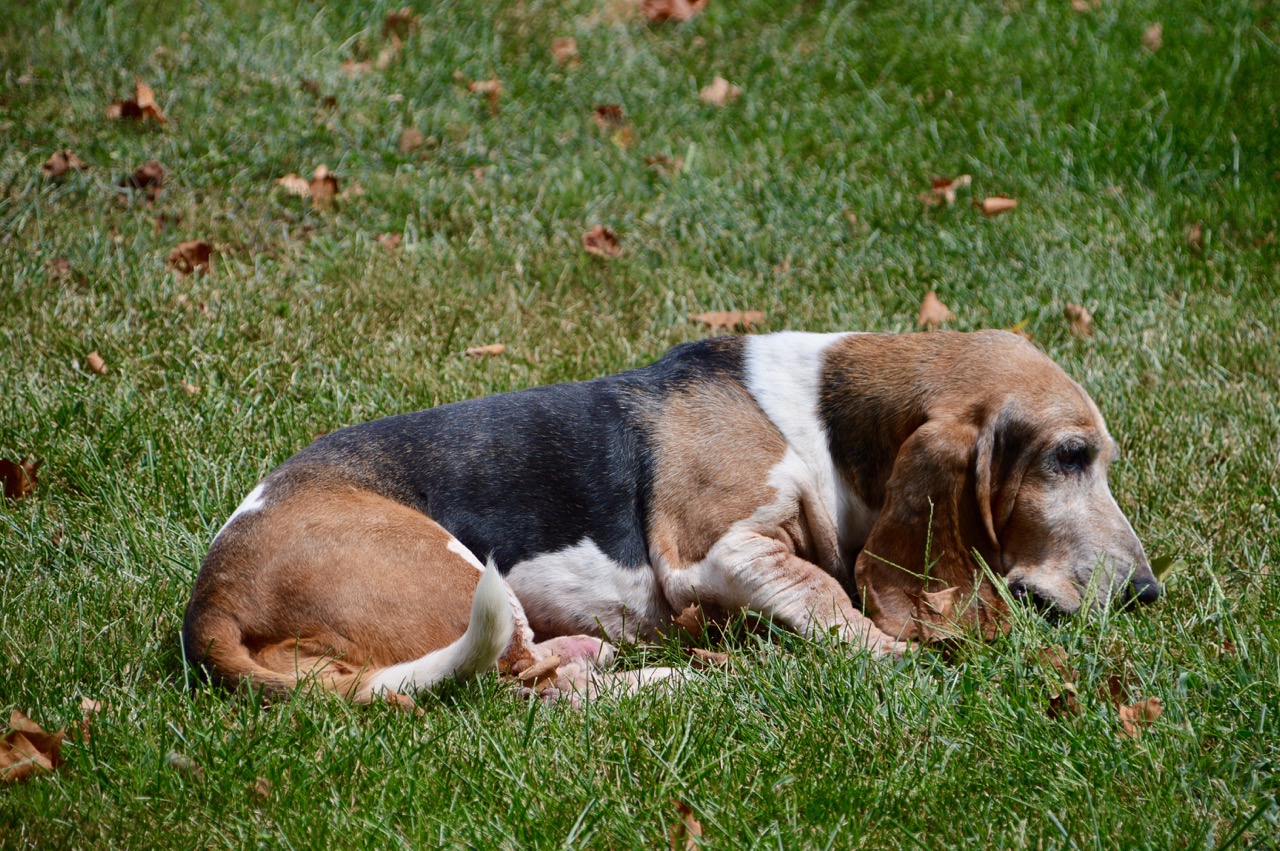 Heidi headed straight to the backyard, which I was happy to see. She enjoys the sunshine when she's outside. While I watered the bank, she was rolling on her back and growling to herself. Sadie actually laid down next to her while Stella was laying away from them but watching me. 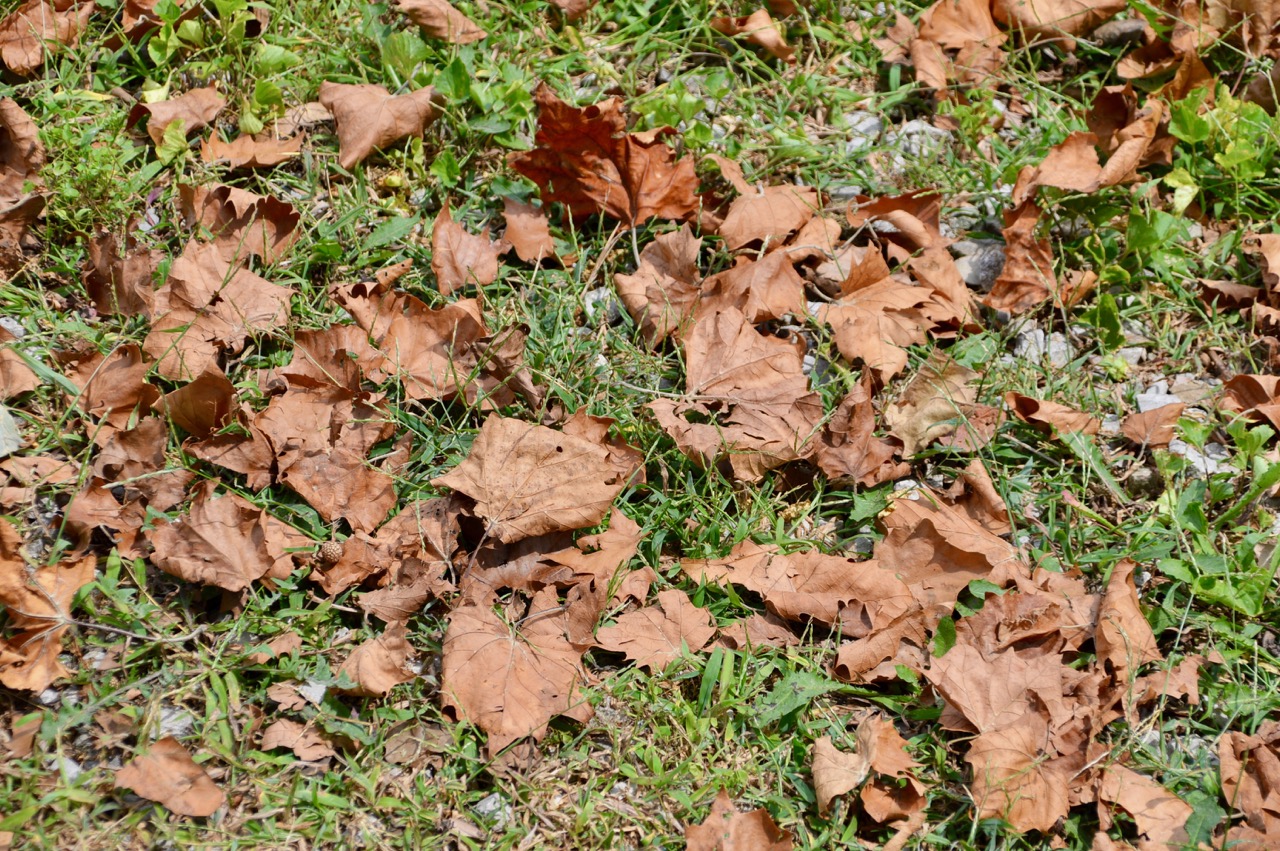 With all the tree leaves green I can only assume these are from the sycamore tree ... but how did they get that baked out? 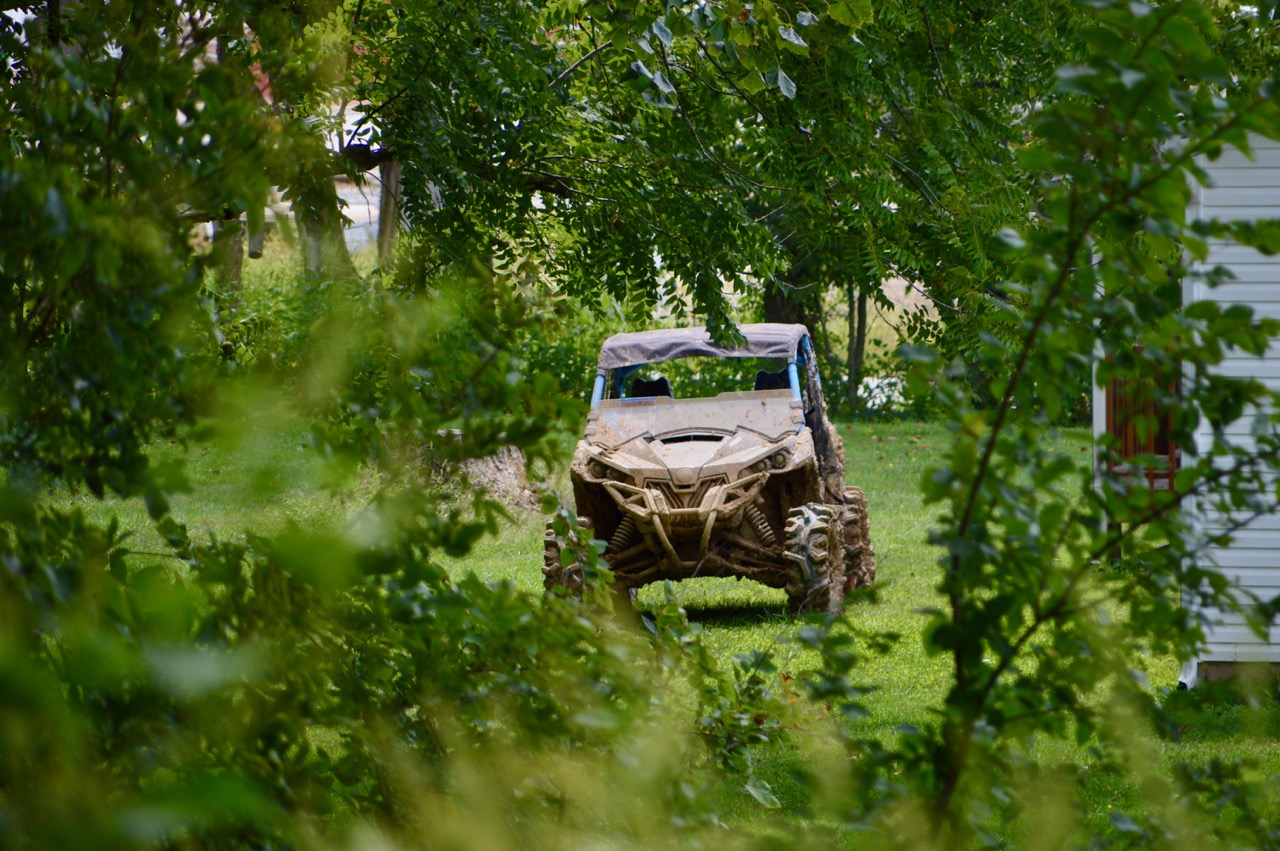 I haven't seen the neighbor all weekend. He was working on his ATV early Saturday morning. I thought he had gone back to Texas where he works but I saw this sitting in his backyard this morning. I doubt he would leave in parked there during the time he is gone. He is good neighbor, isn't here a lot. 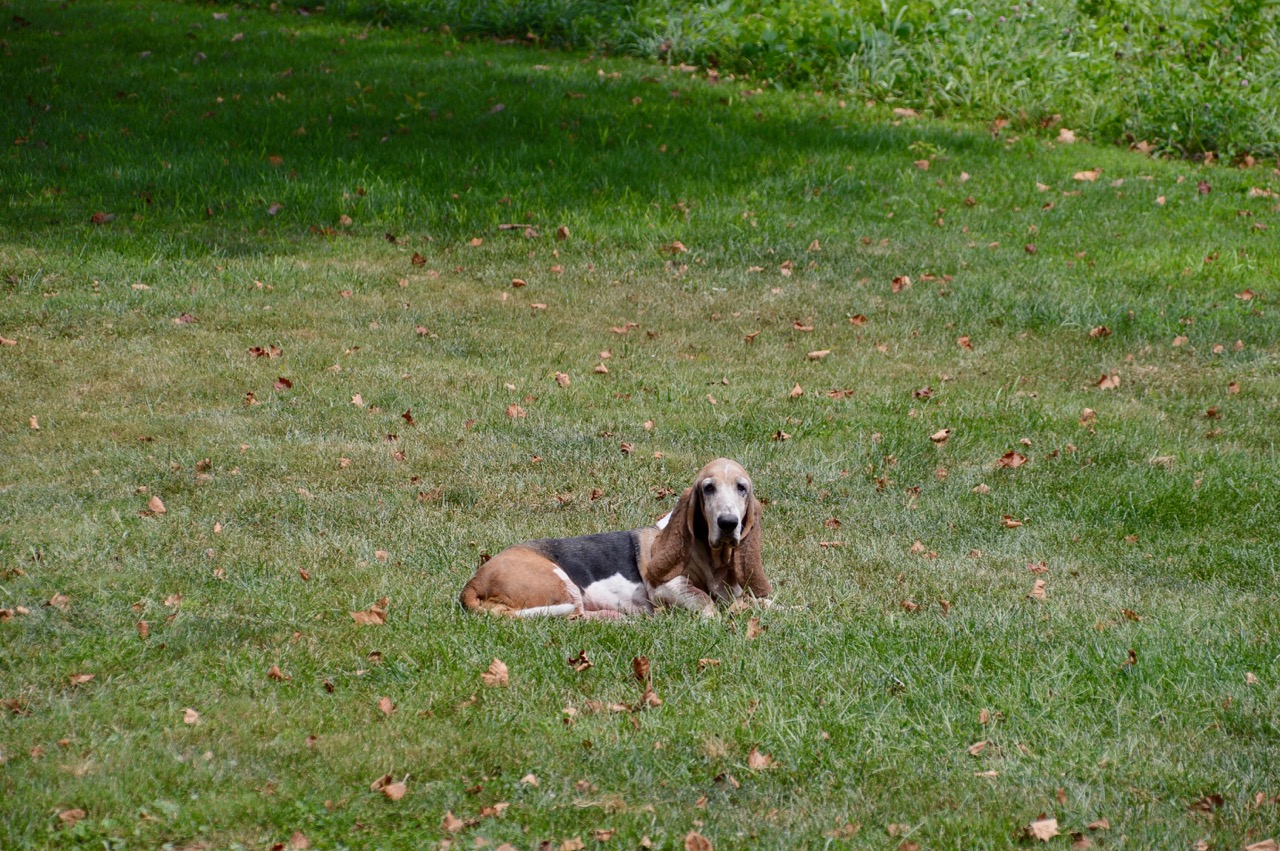 Heidi is only 8 years old but has a lot of gray on her face compared to other 8 year old bassets. I wonder if I gave her that gray hair earlier than planned? She seems happy and healthy. 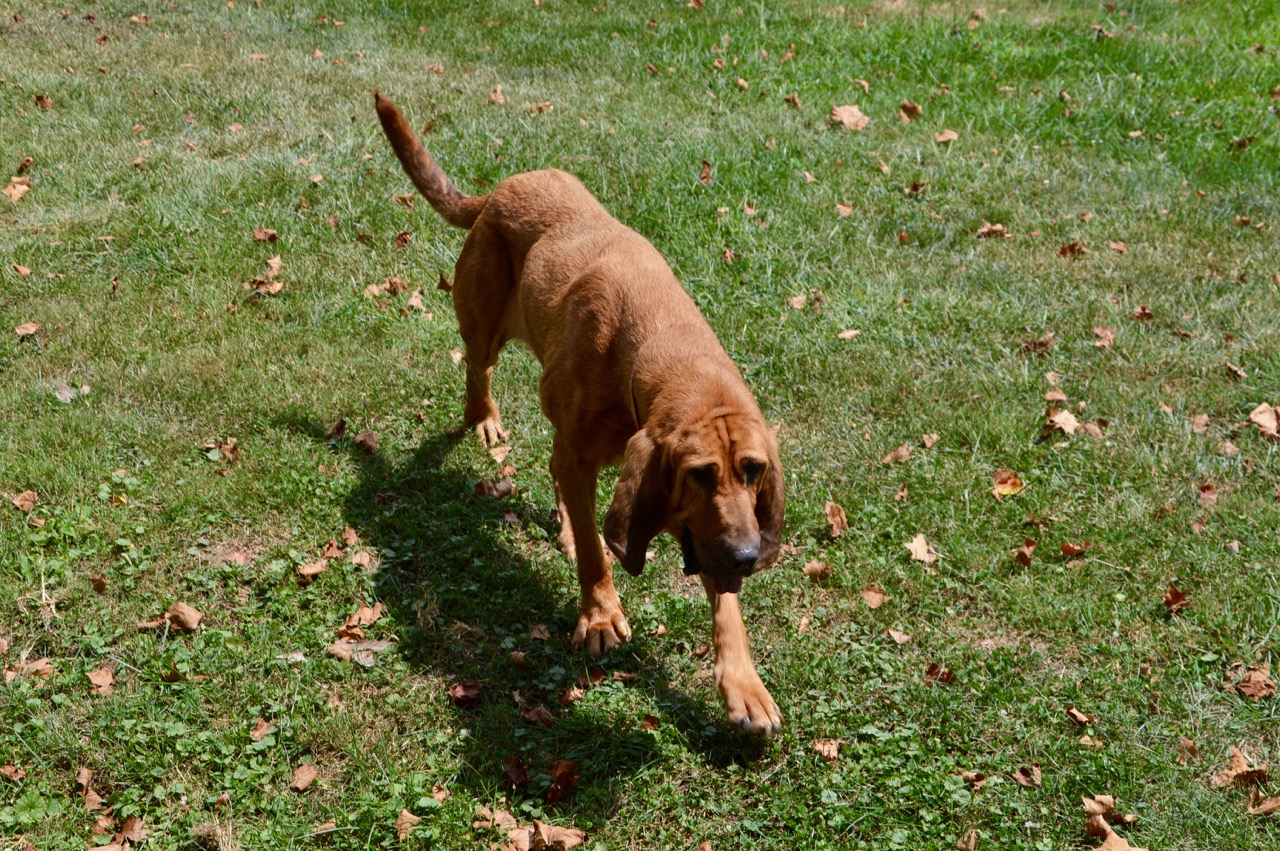 It was too hot for Stella ... we all headed back inside around 1:15pm. I was going to watch the Reds game, stay inside all afternoon but became bored with the game and headed to bed. Another afternoon of sleep ... it's no wonder why I cannot sleep at night. 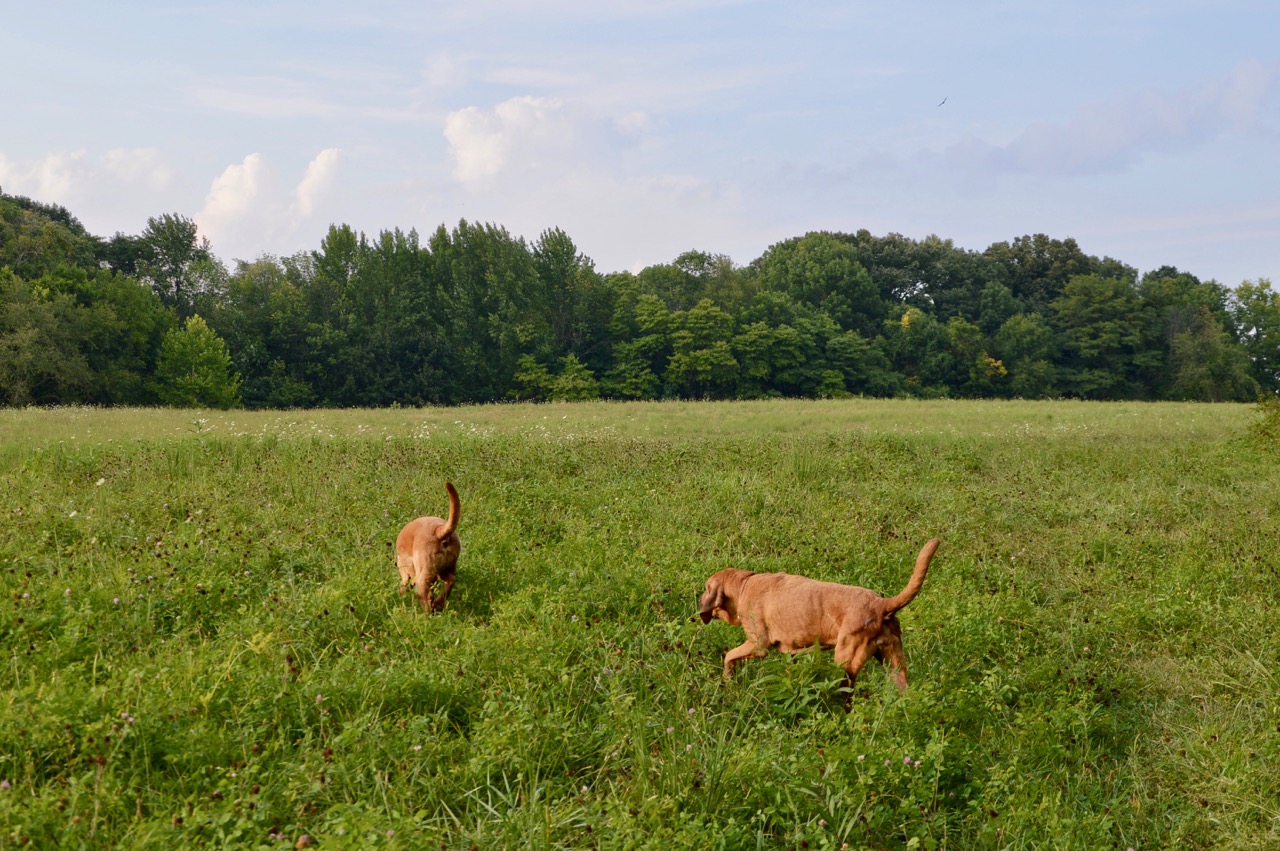 For the walk after 7pm I decided to take the camera so I could do a blog post on Wordpress. By the time I sat down and edited them, then looked to see that only 5 people all day had looked at the new blog post I did this morning ... I said screw it, I'll post here privately. 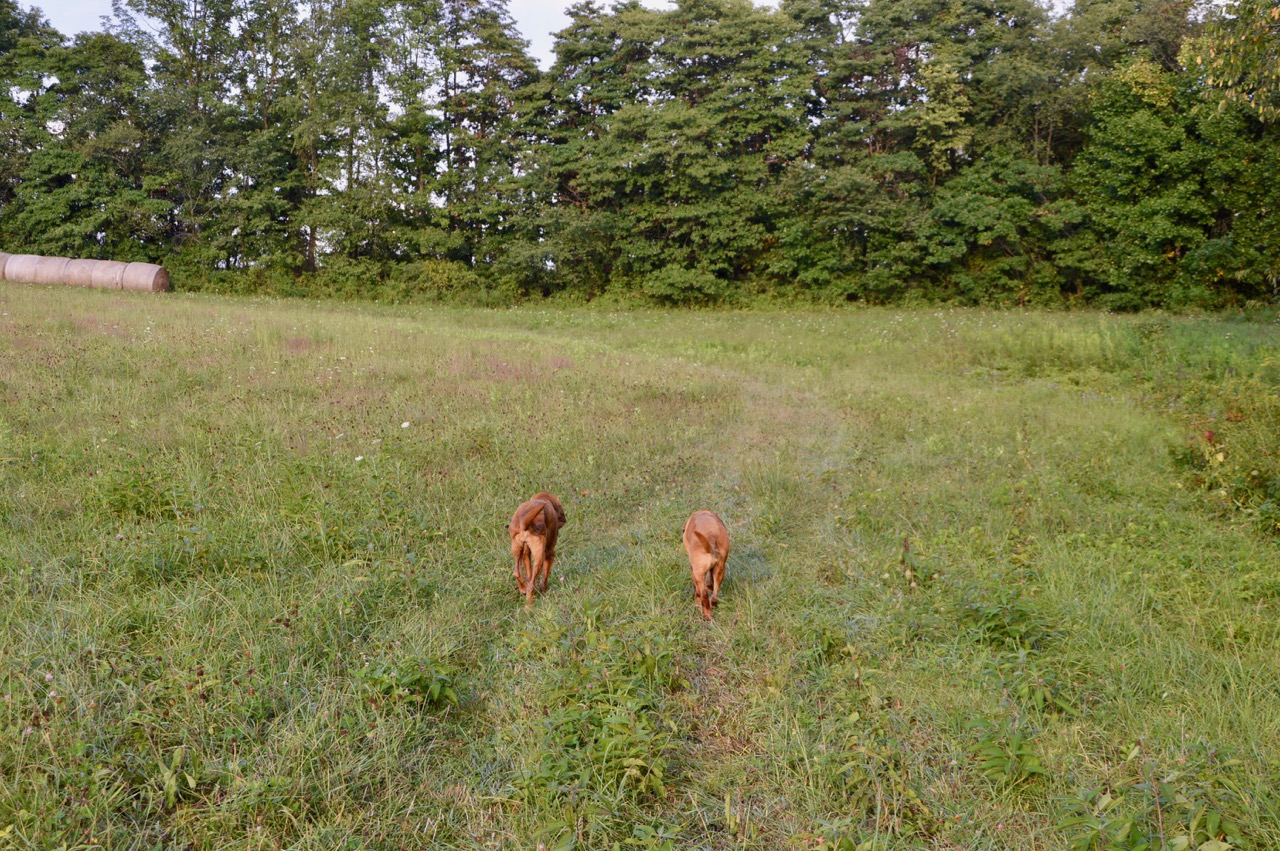 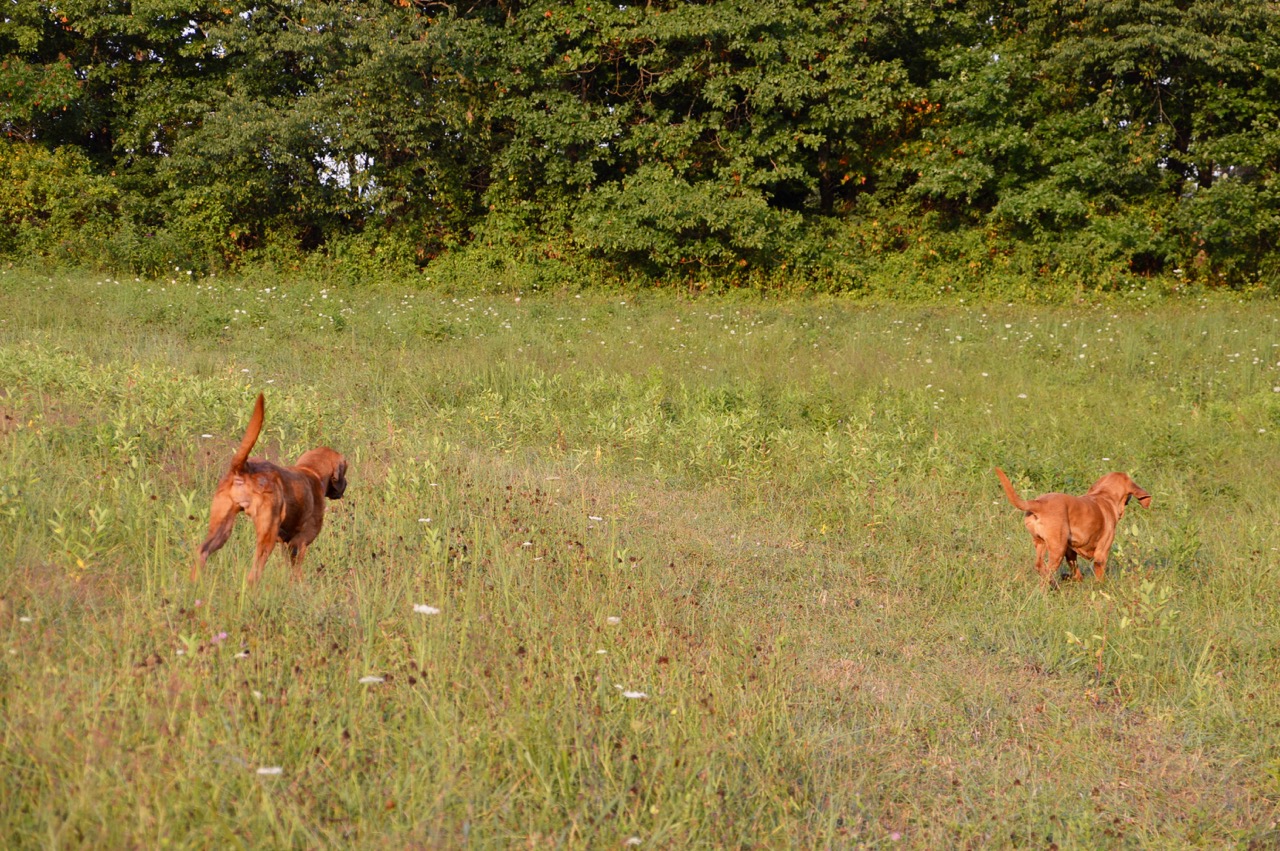 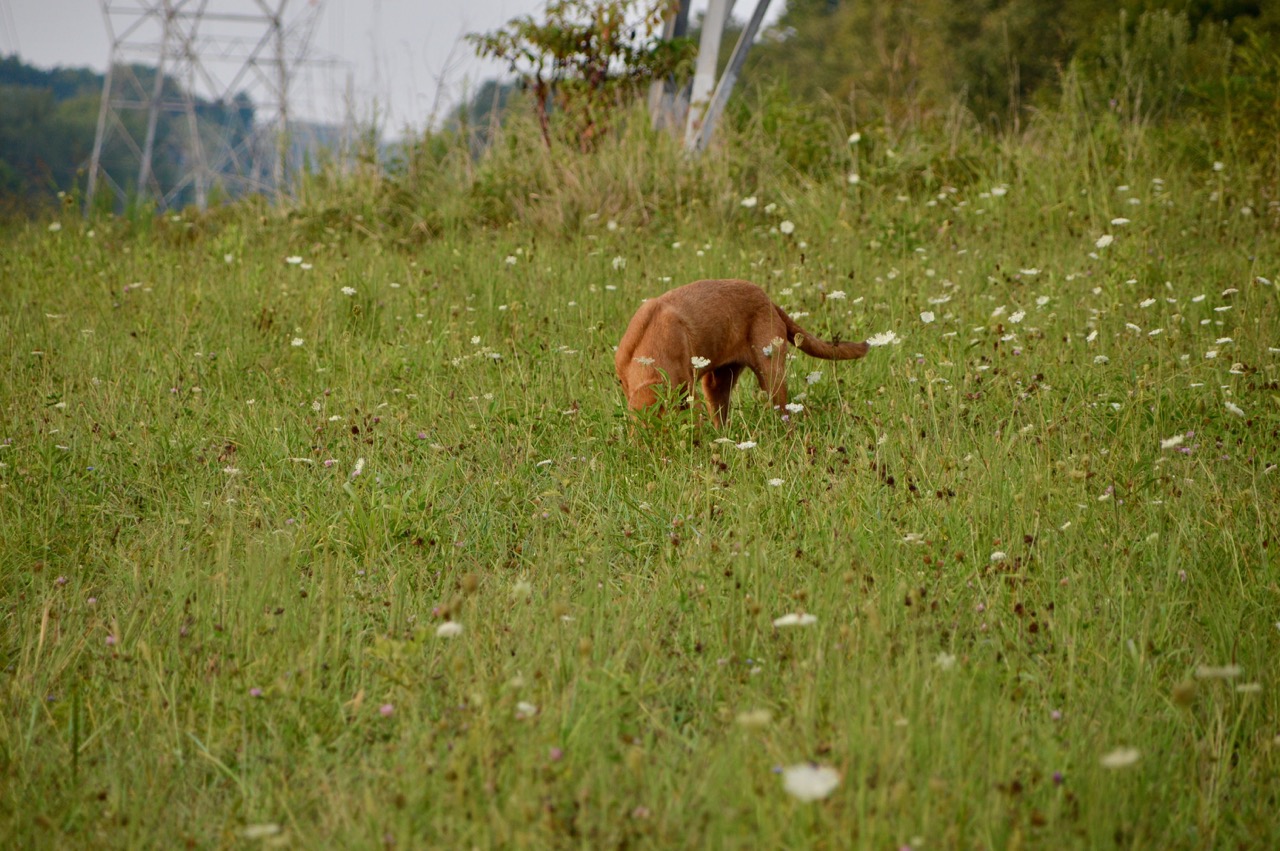 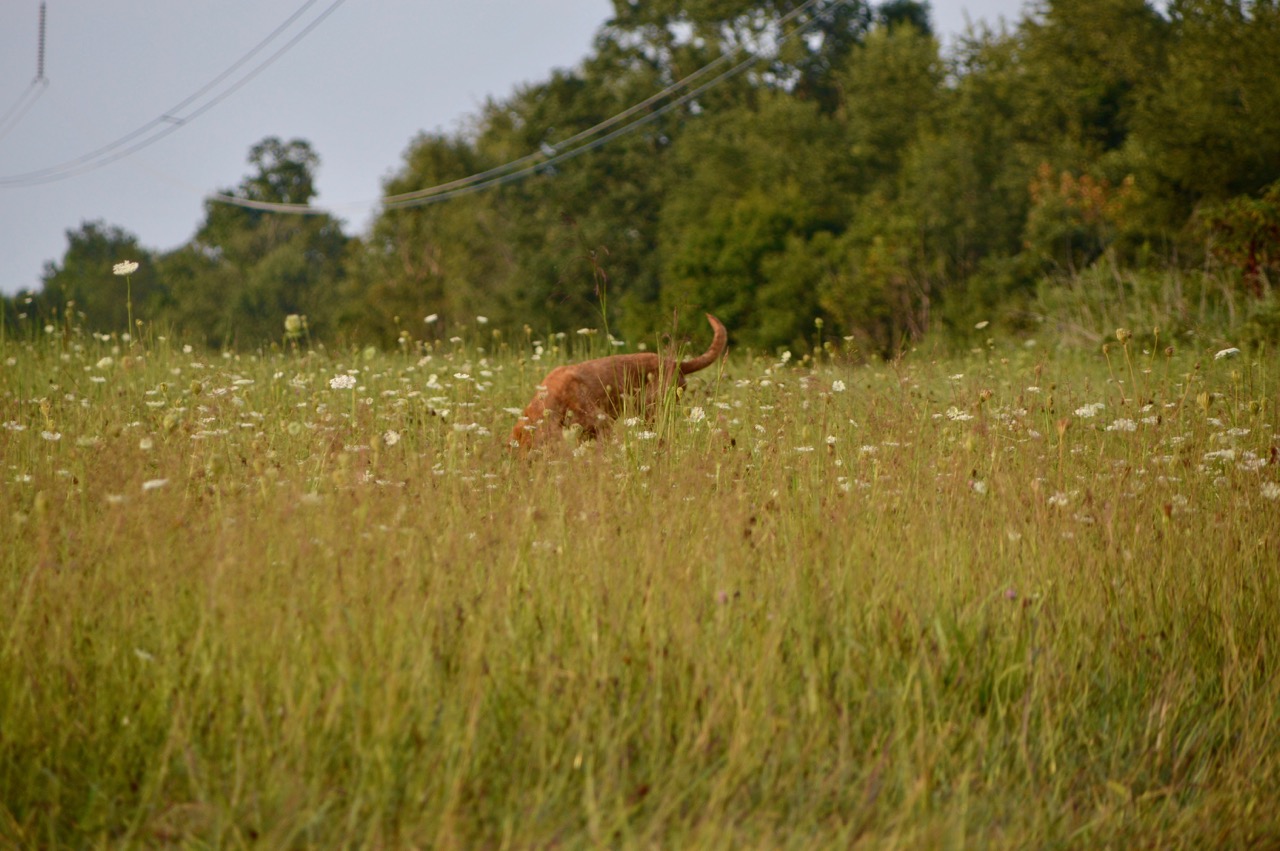 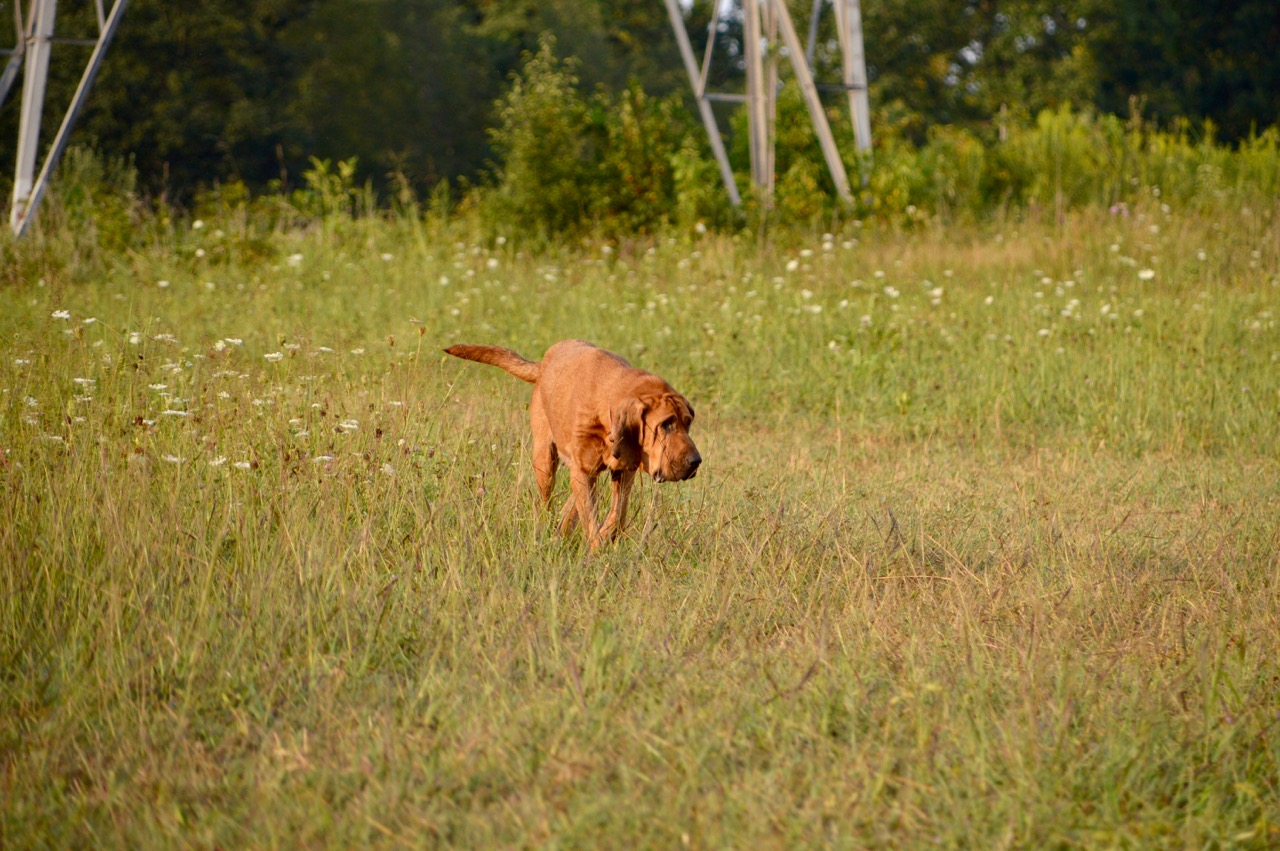 I had to yell her name but she finally started walking in my direction. 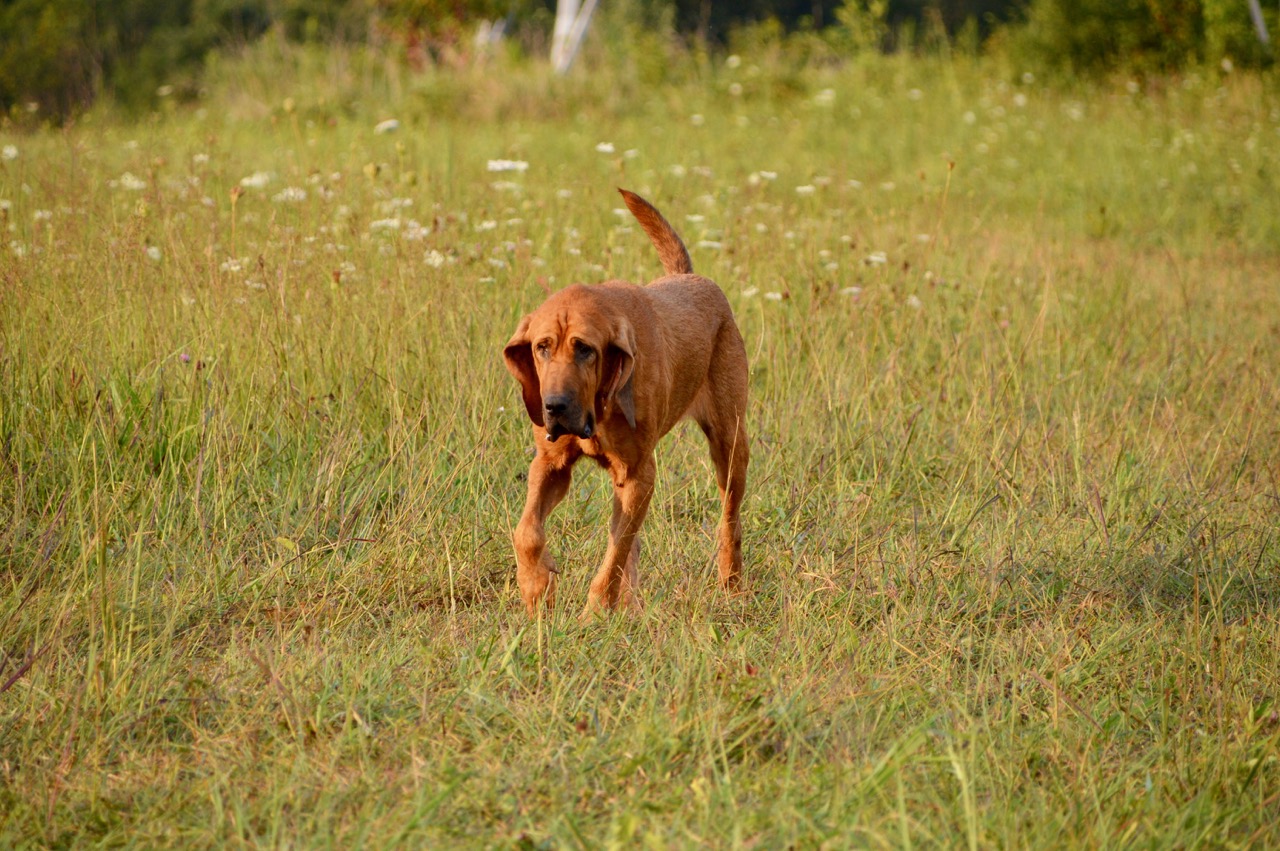 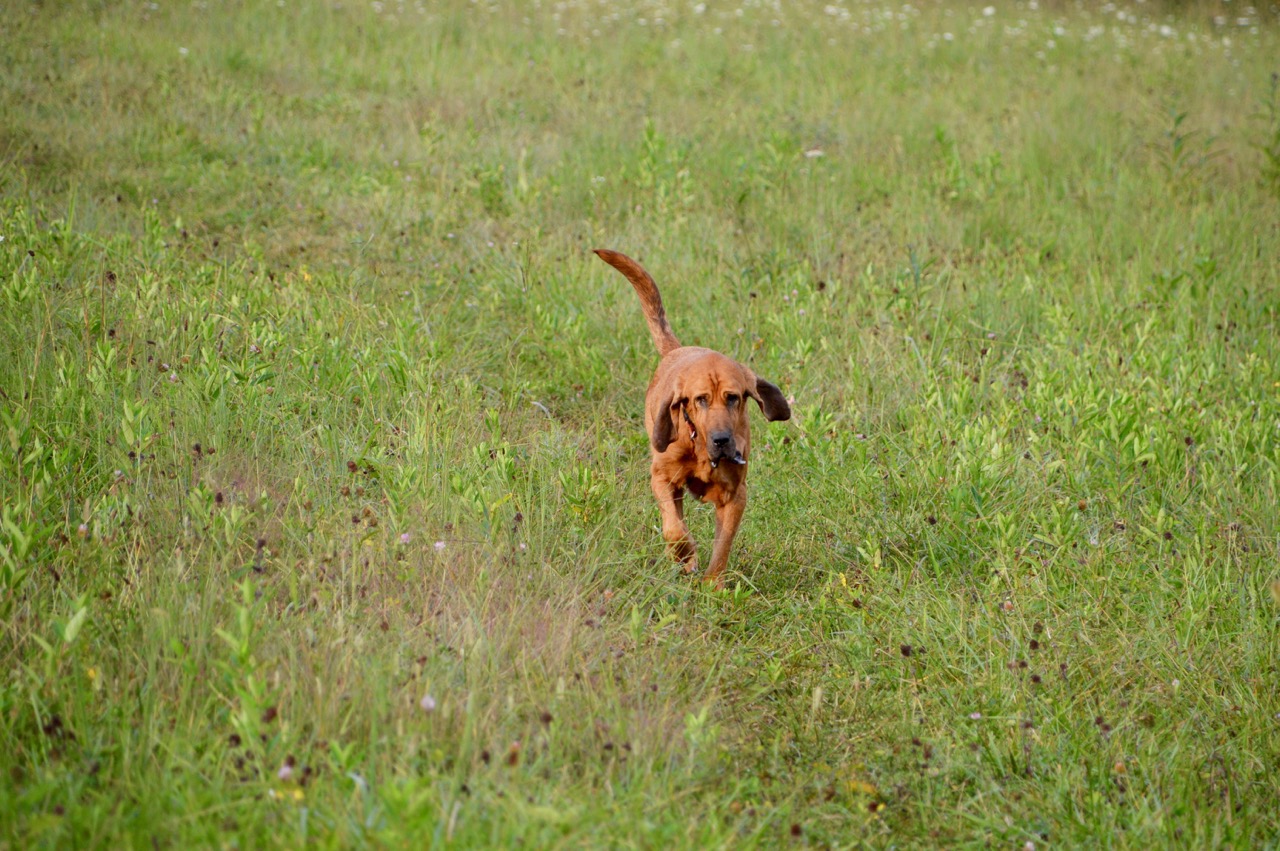 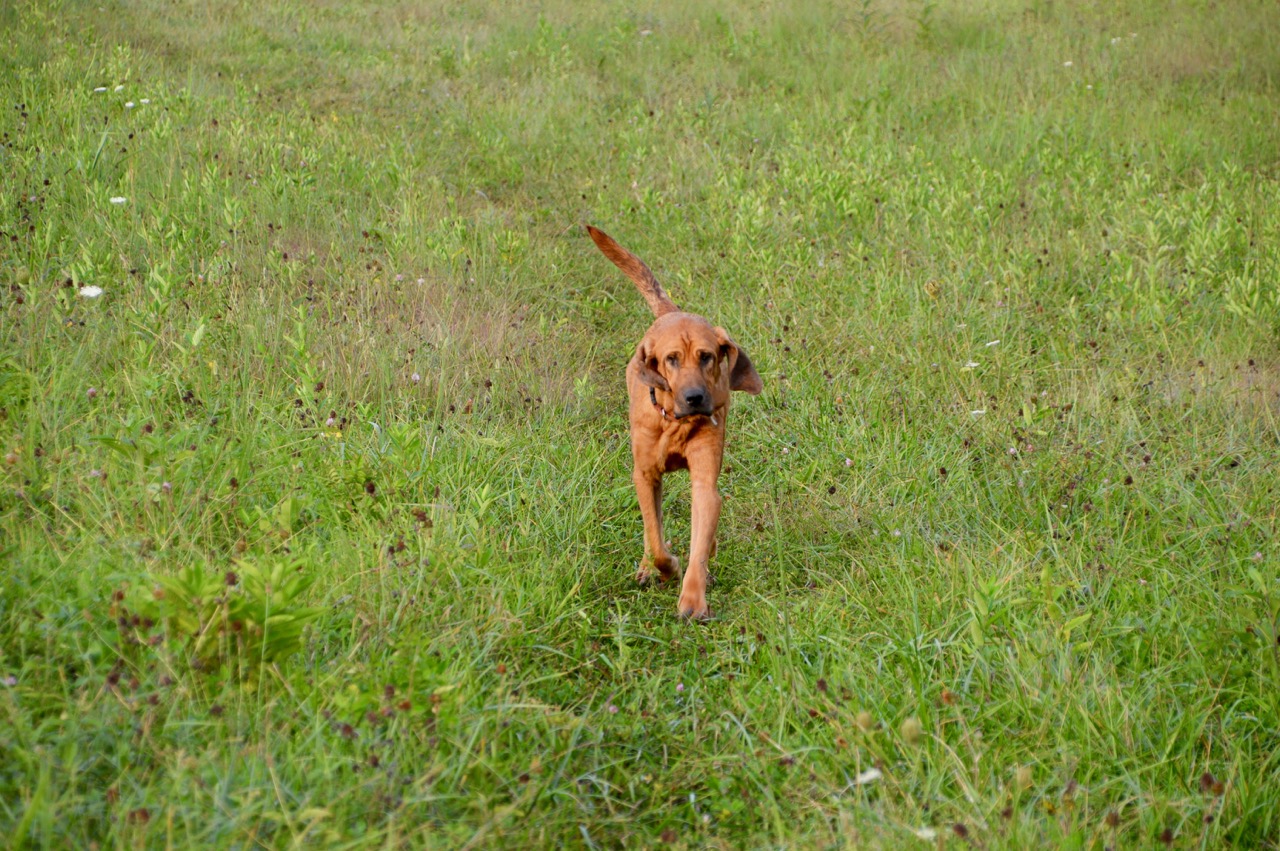 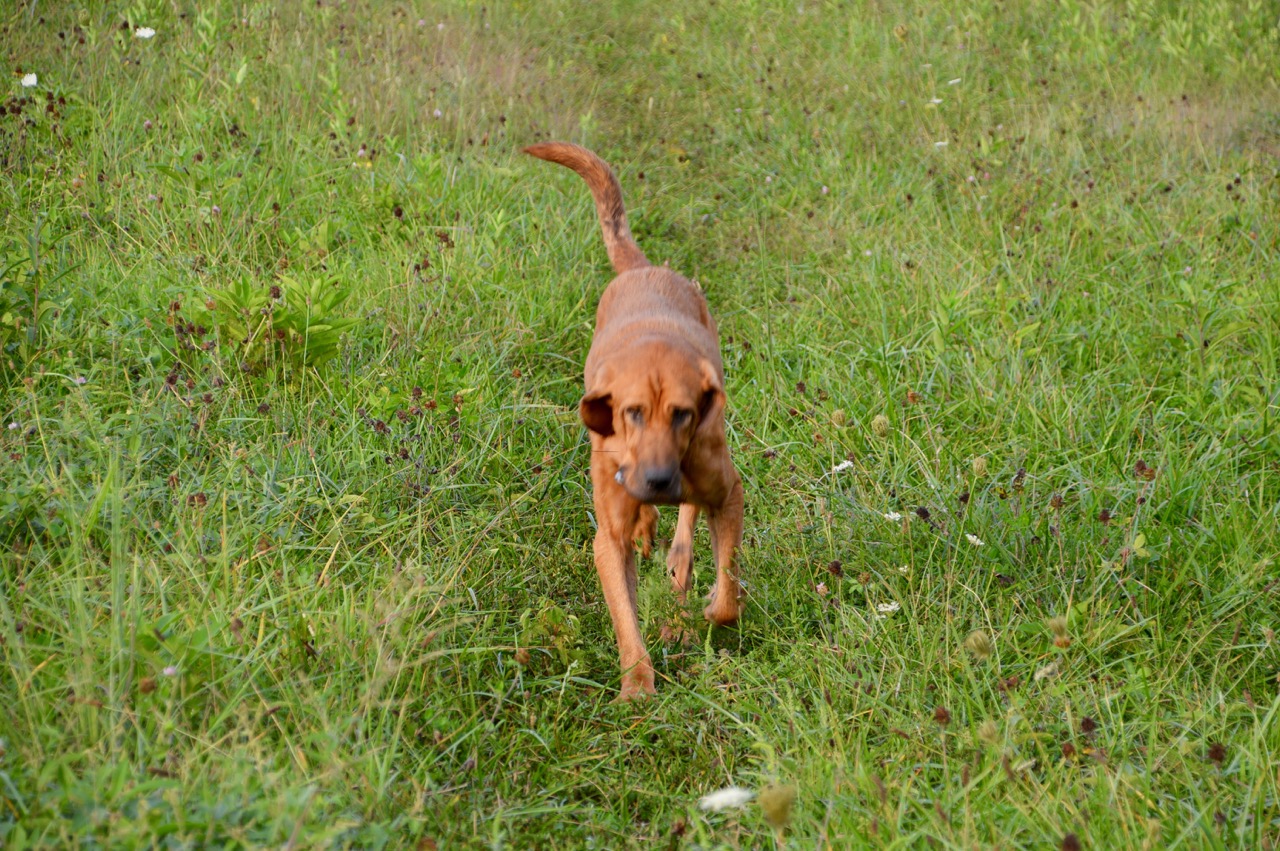 We started the walk with a sound of thunder south of us. There was a storm at Crane on the weather radar and said that lightning had struck 6 miles from us. Stella didn't seem to mind the sound of thunder. After a few steps into the field I felt my shoes and socks were wet ... it must have rained a little while we were sleeping. 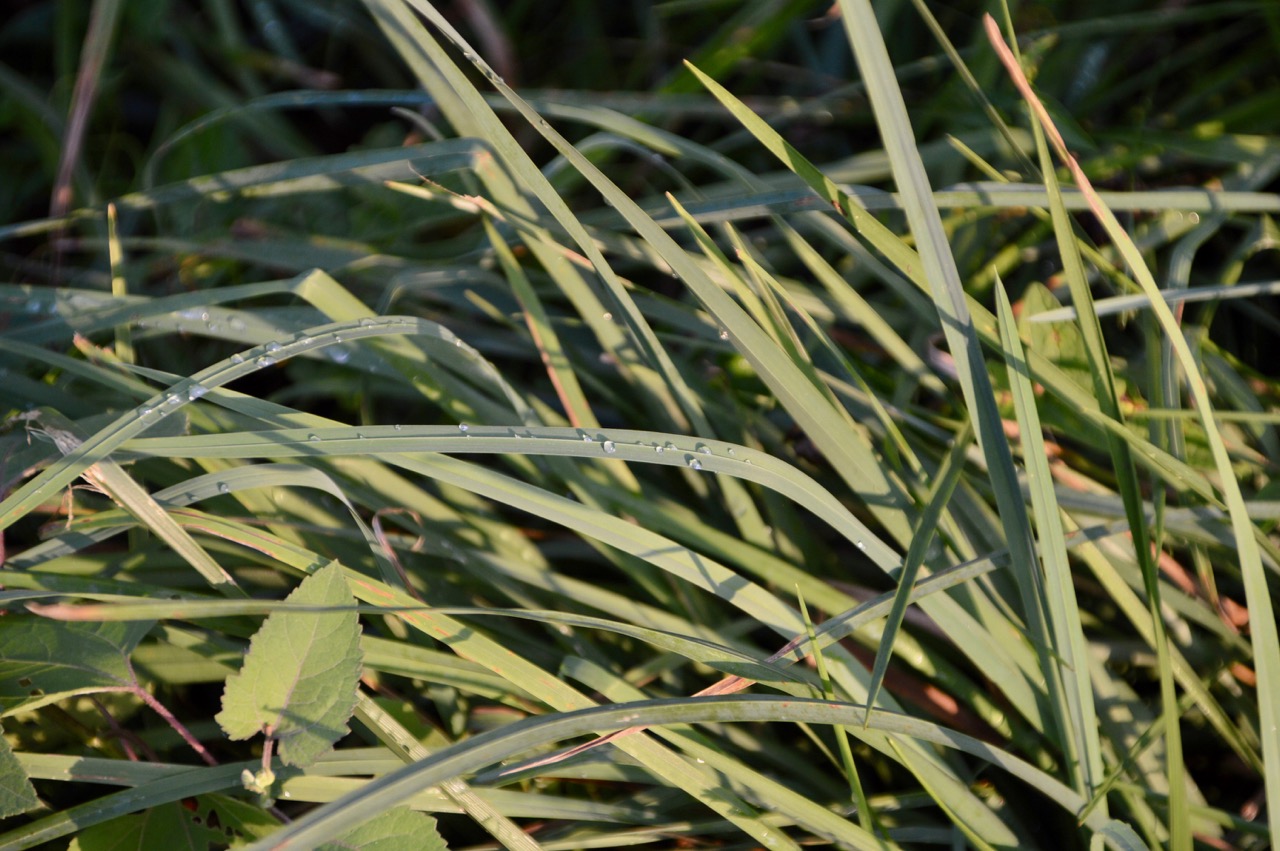 We didn't have any rain in the forecast so here is a picture for proof. It is suppose to rain on Tuesday then the temps will drop to the 81/57 range over the following week. I'll save some money from not having to run the AC that last week in August. All of the Windows will be open.

I am basically bored with everything ... life in general. Nothing interests me right now.
By Steve at 5:12 PM