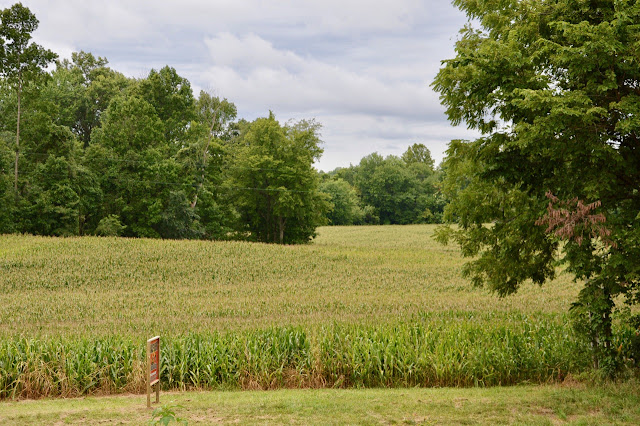 While looking at the field it 'looks' much hotter than it is ... the old wall thermometer tells the real temp. 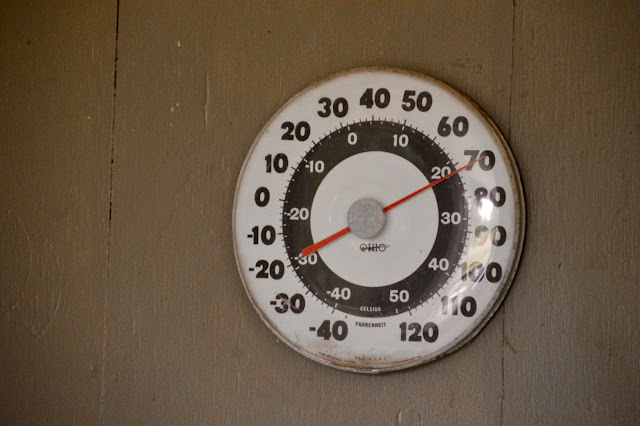 I've thought about digging this up and moving it to my flower bed. They come back growing every year and it's would not only give some color it's free. There are two of them in the field, so I think I will do that tomorrow morning before it rains on Sunday. 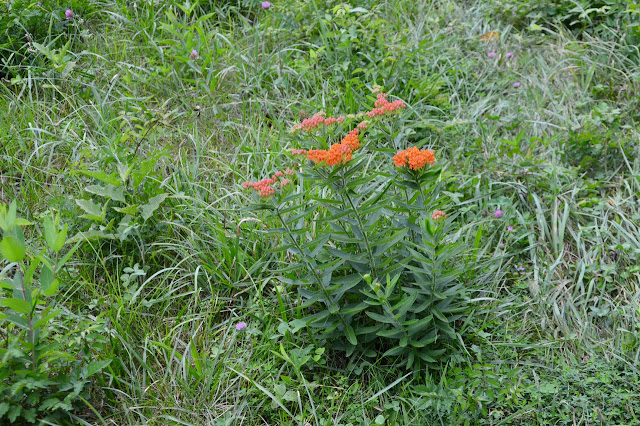 After the 3rd day of buffered aspirin twice per day, Stella had a little extra bounce in her step this morning. She ran faster than she has in months but not a full out sprint. It's was good to see her kinda of play with Sadie a couple of times. She takes the aspirin with no food but I always give it to her with kibble. 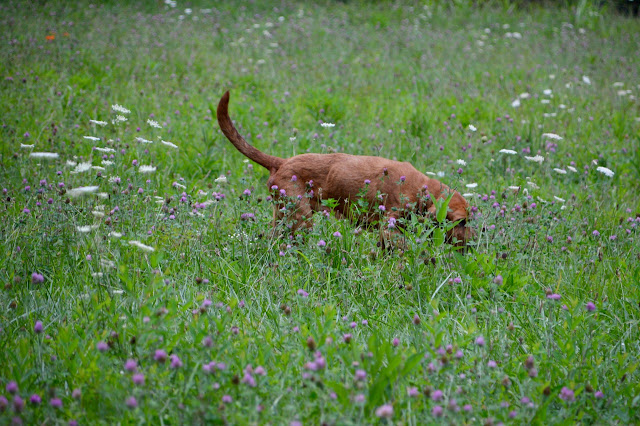 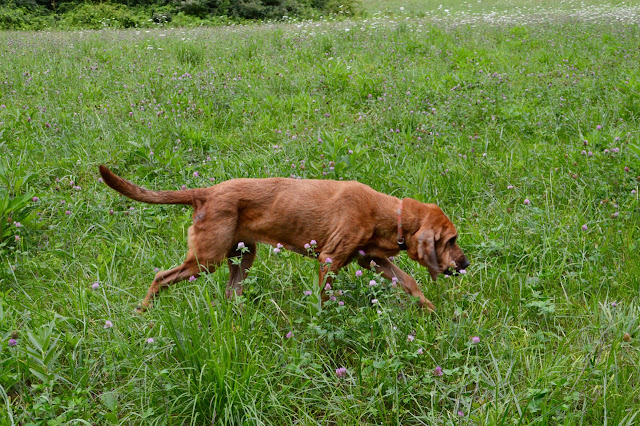 I thought this cloud formation was cool this morning. 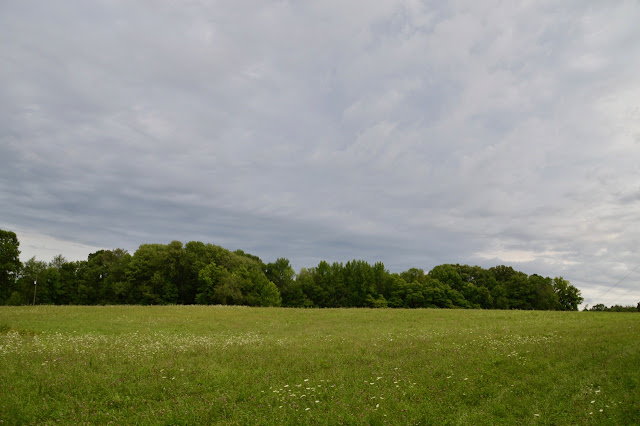 Stella getting a little trotting in her workout. 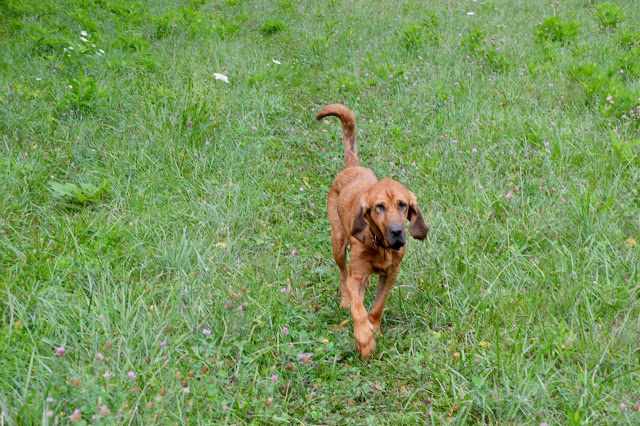 Those rolls of hay will be moved eventually, most likely no later than this fall. 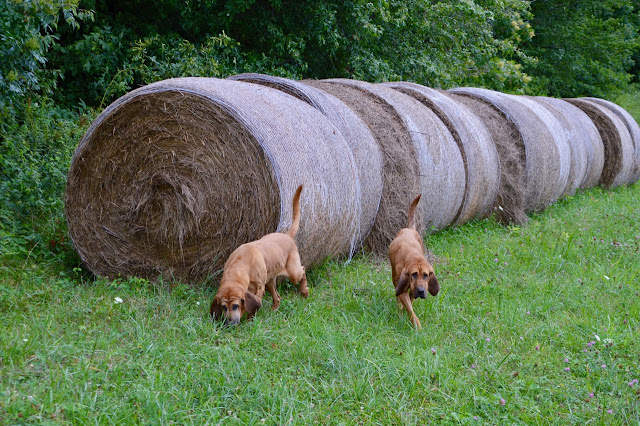 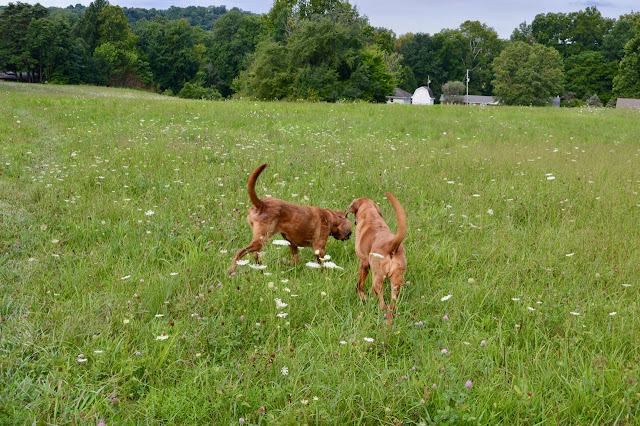 After kind of nudging Sadie on the nose as she ran by, Stella looks like she is feeling great this morning. Then having both feet off the ground while she ran is great to see. Her hips and back have to be feeling better. 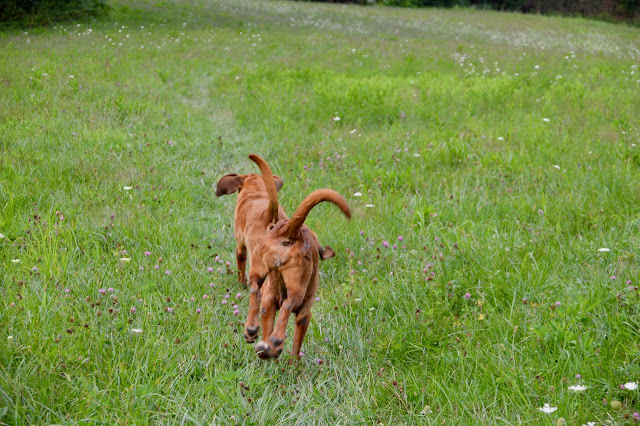 It's also always good to see Stella's tail up and curled. 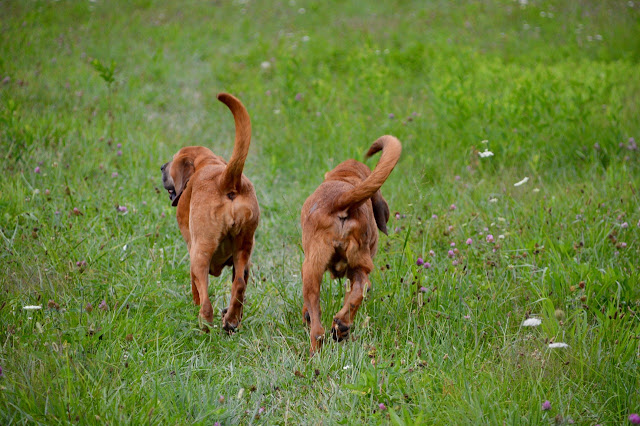 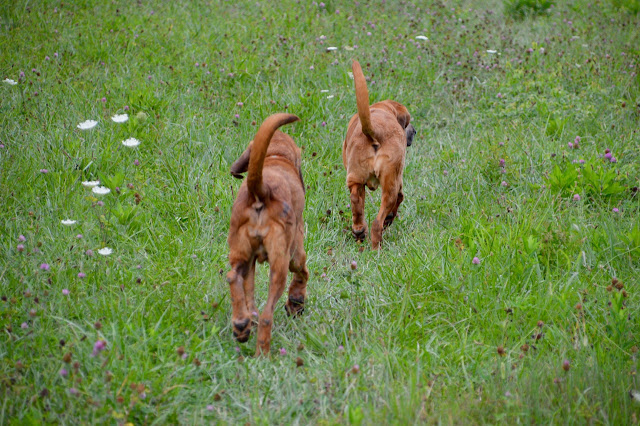 Reds game on in 10 minutes ... it will be Ballpark Franks tonight for dinner.