A Rough Day More Ways Than One 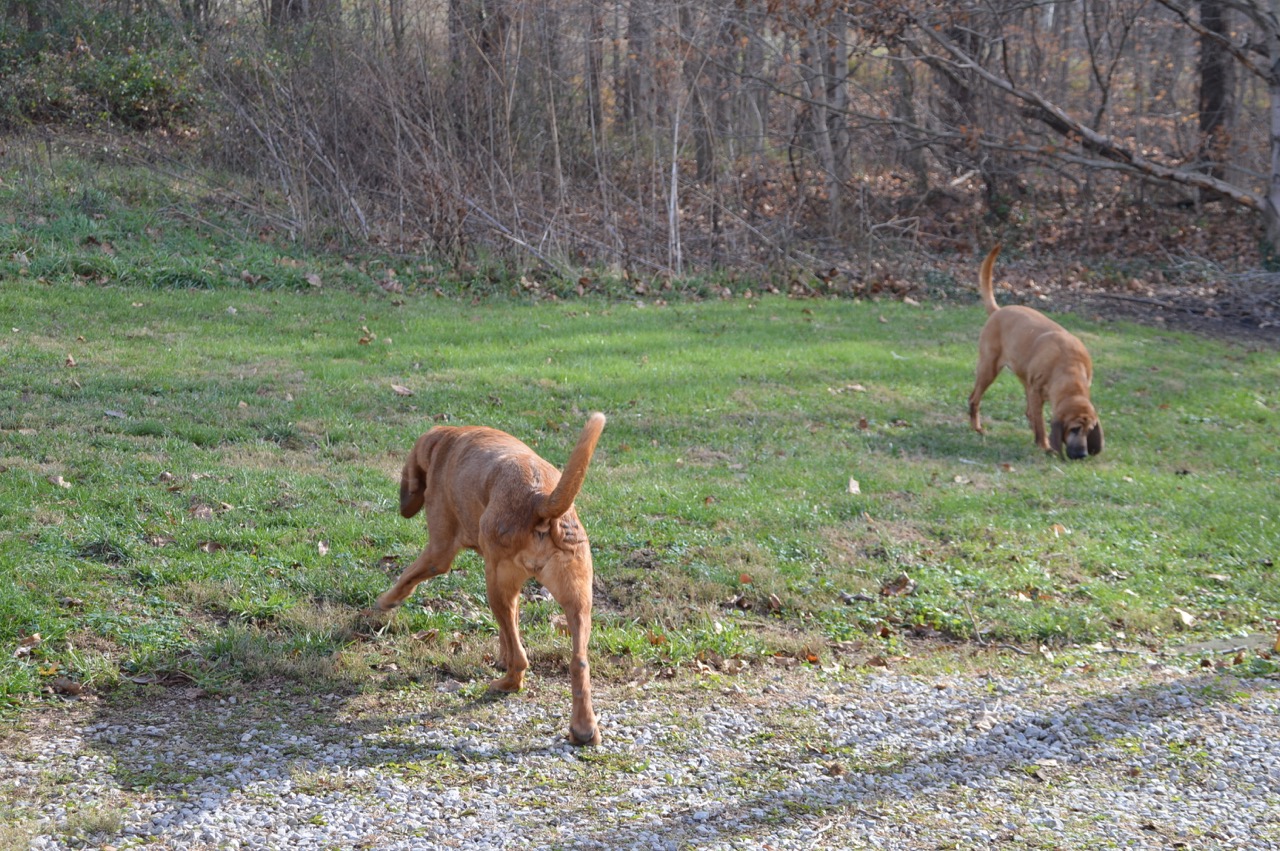 At first I thought it was the rare mixture of sugar and fat from my huge meal yesterday, topped off with some pumpkin pie topped with ground pecans and a bit of brown sugar. Then this morning I thought it might have been that plate full of left overs I had around 11:30pm while watching some ballgames, that may have been the source of me feeling "under the weather" today. About the time I survived all of that, I received a package that sent my blood pressure over the edge. This rough day actually started sometime around 2am that led to a sleepless night.

It could have been worse but for some strange reason I did not take my camera a with me on the first walk of the day like I do every morning. I wasn't sure I'd even make the full walk without having to sprint back to the house the best I could. Luckily Stella was on the retractable leash because as we started the walk a large Chevy pickup was coming around the first turn straight at us. 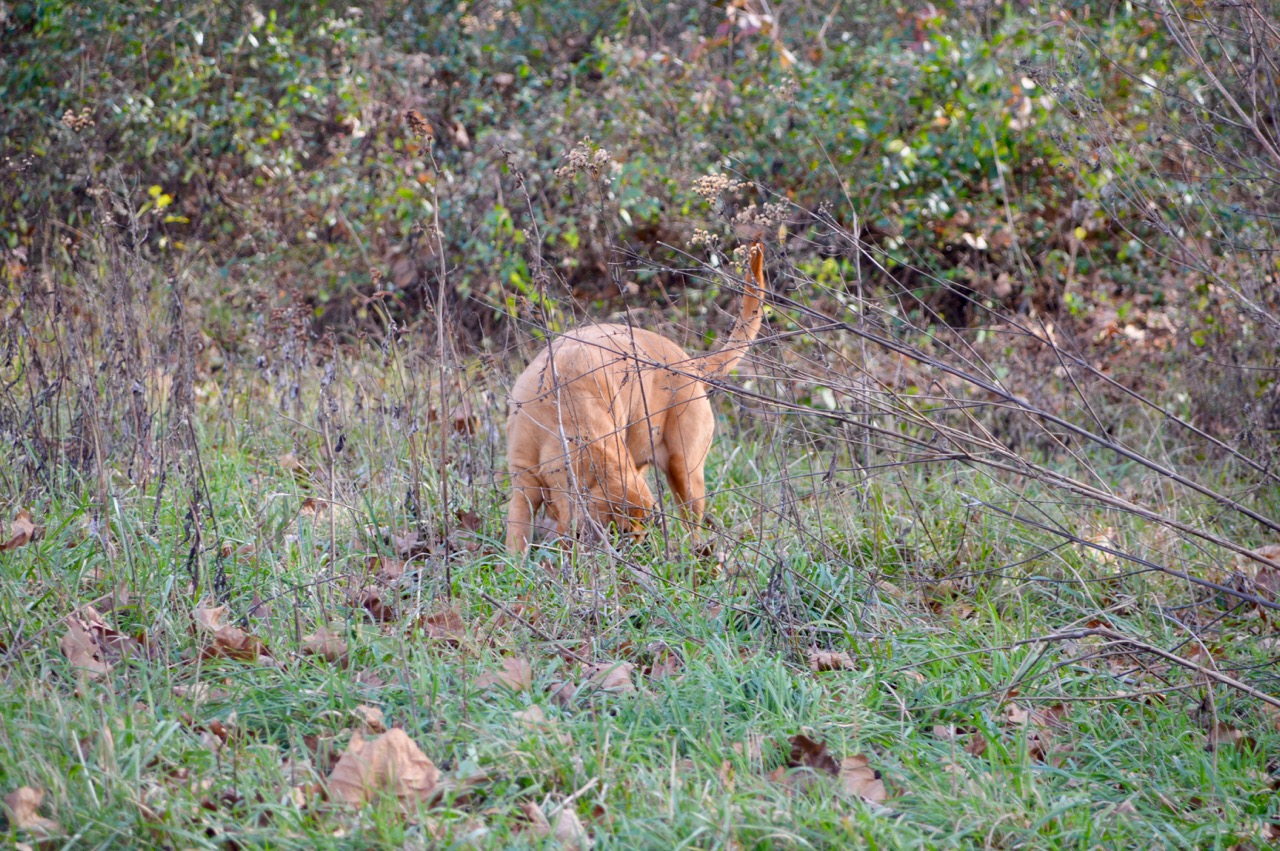 Stella noticed right off the bat and took off after the truck but stopped 25' late when the leach ran out of rope. Sadie did not notice as the owner of the field and his three grandsons stepped out of the truck. They were collecting things out of the woods to put in the back of the truck. Sadie just noticed someone was in 'her' field and took off sprinting toward the boys ... nothing I could do. 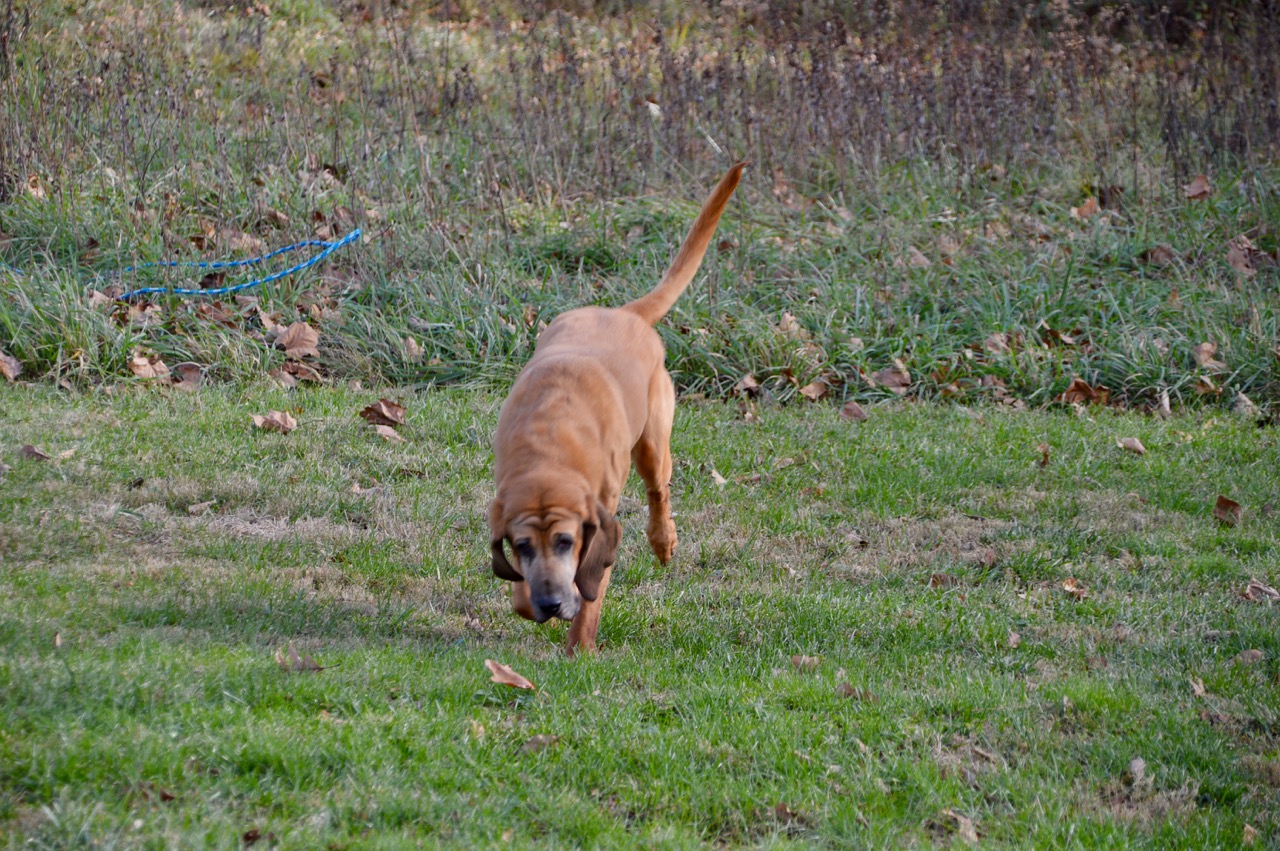 Luckily the grandfather didn't mind, he knew Sadie and knew we walk various times in his field. I was told that Sadie laid a pretty good face kiss on the smallest boy, his brothers were laughing. Yet she did not jump on anyone, then took of on her own walk while I stayed and talked for a while. Stella sat next to me taking it all in. 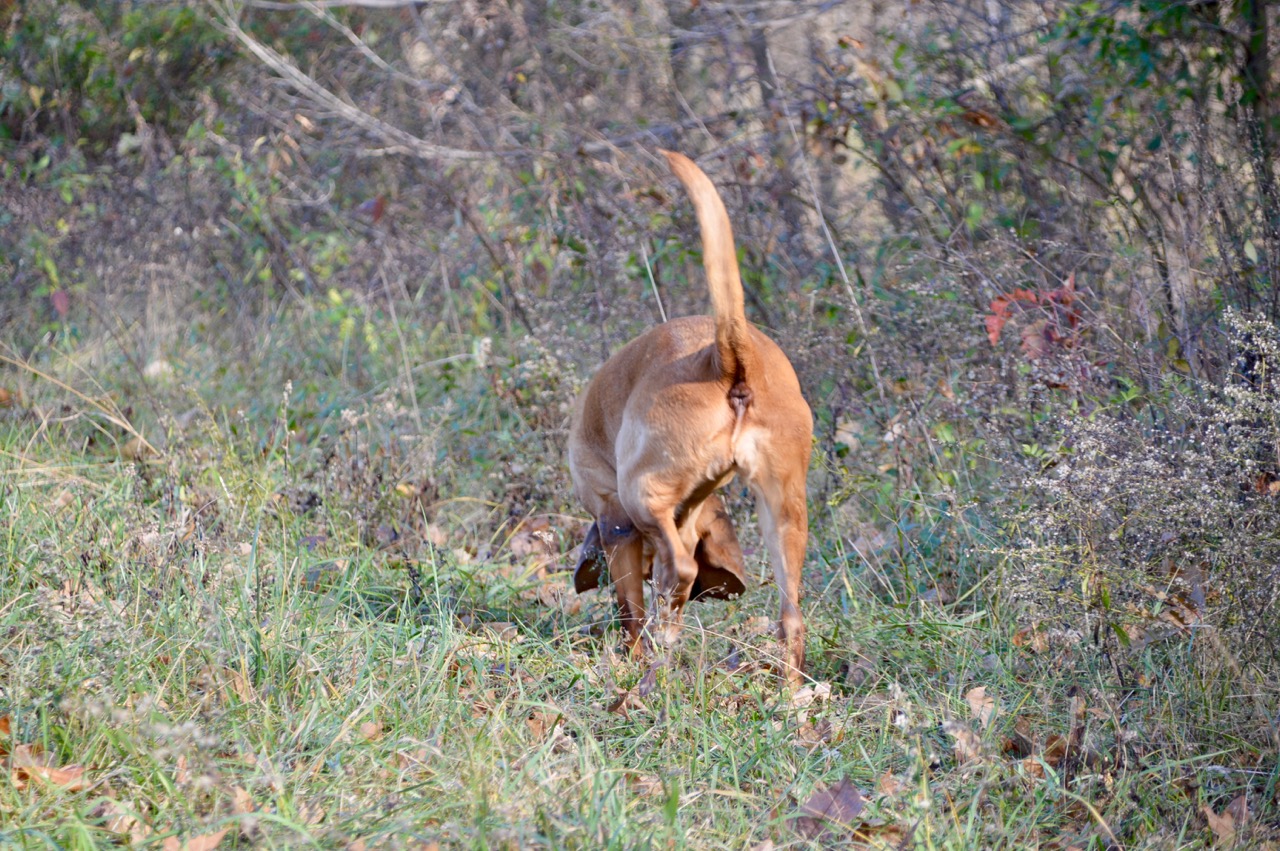 Our conversation lasted longer than planned and enough time for Sadie to run to the back of the field and run back to us. By the time she arrived I was starting to feel bad again so we turned to head home. Stella was happy for that as well Sadie was. It was nice to feel the warmer weather and see the sunshine.

With me feeling sick and a night of little sleep I knew there was no way I was going to be able to make my Z4 roadtrip this morning. I was planning on driving down the same freeway I took in September to see my old friend, then drive back tonight. I called and canceled but as usual our phone calls are lengthly.

While in this conversation the FedEx driver arrived with my oil filter cap removal wrench that I had been waiting for. If you remember the first one they send was mislabeled and it was too small and not the same part number I ordered. When I talked to their customer service on Monday, Tuesday and again on Wednesday I had zero confidence in anything they said they would do. 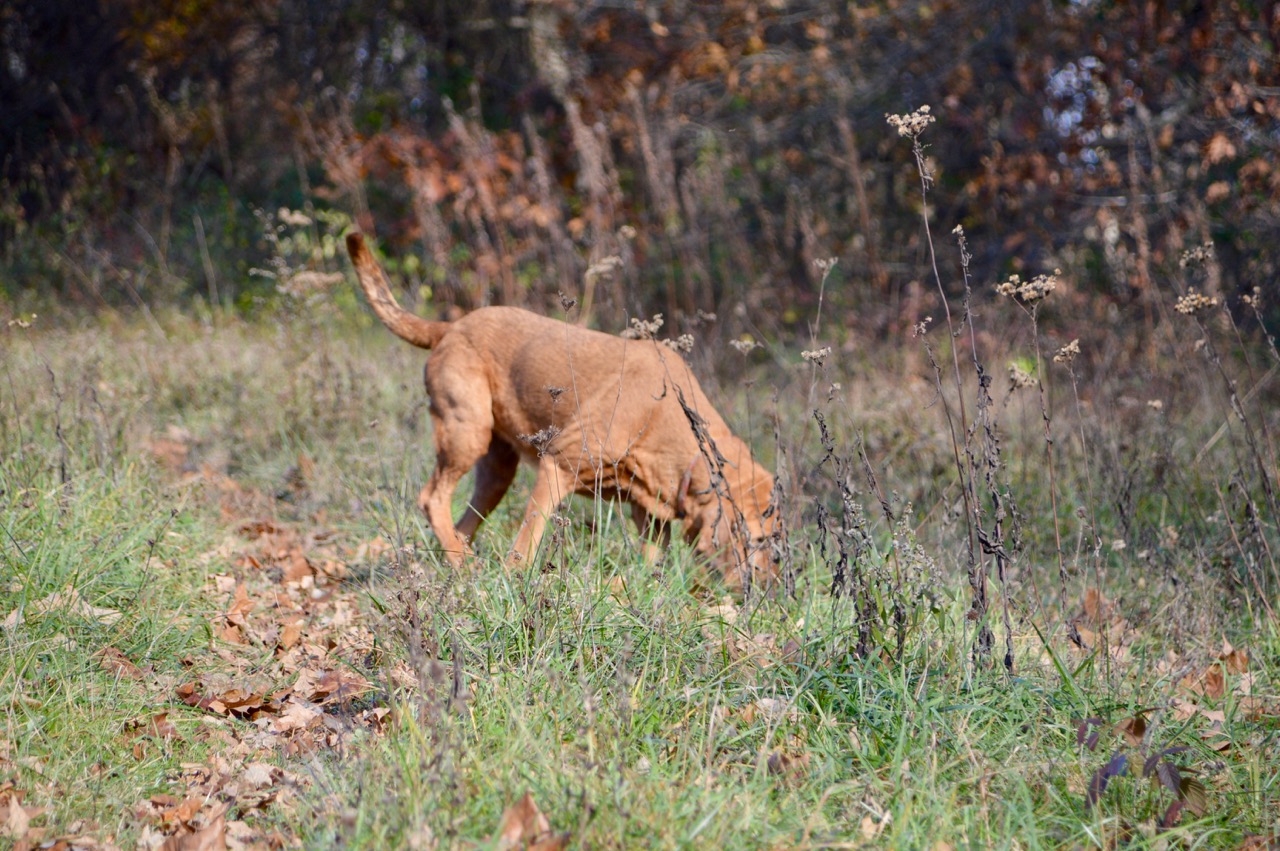 I told my friend on the phone that in a matter of seconds he would find out if this was a better day or a bad day to continue. I opened the box and not only saw the same exact wrench they were replacing but I also saw the same bar code label (correct part number) on the same package with the wrong part number. The had shipped me the SAME EXAC WRONG PART I received on Monday. 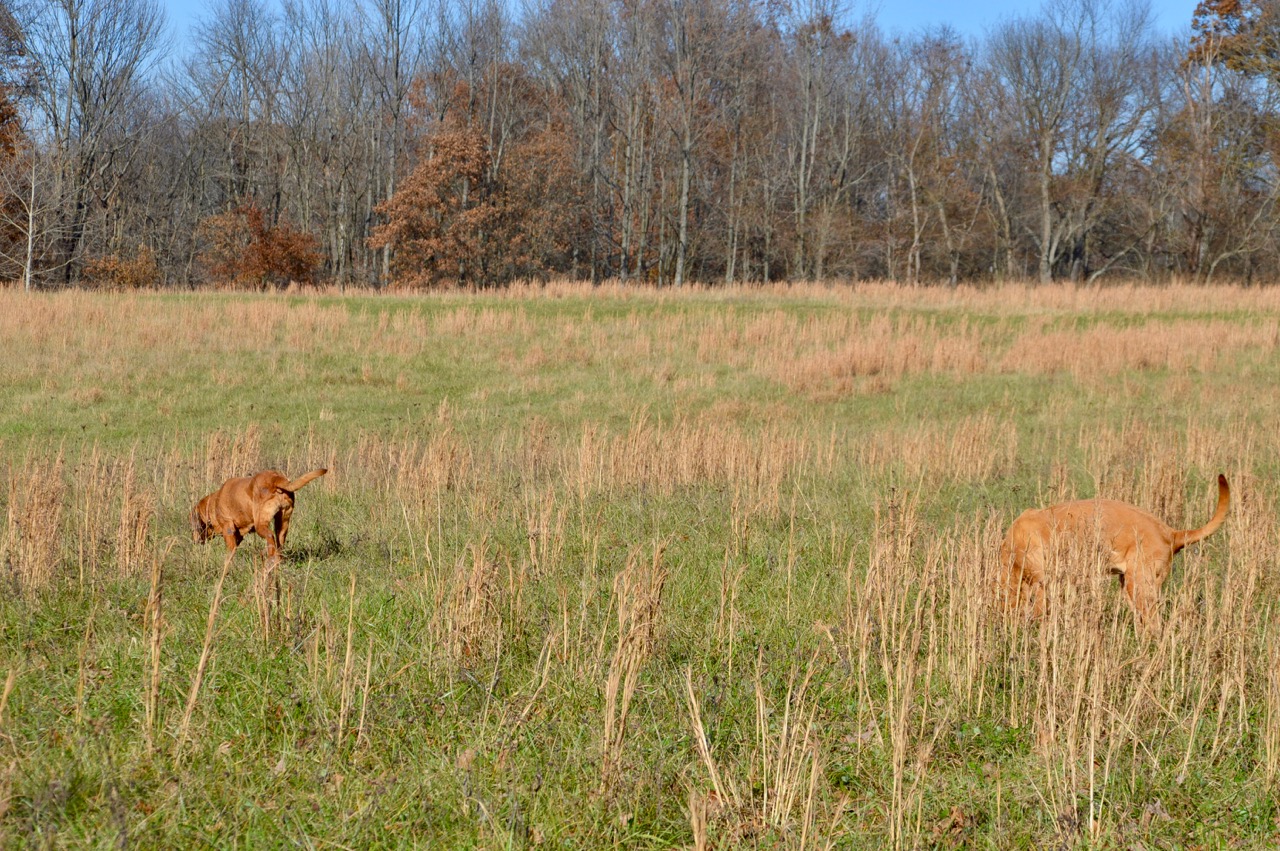 I'll not go into our phone conversation, I'll just say I had them cancel the order and credit my account today. Then due to my trust issue with their customer service I called back and hit the number for their billing department to confirm my request would take place. She assured me it would and that their manager was aware of the problem. 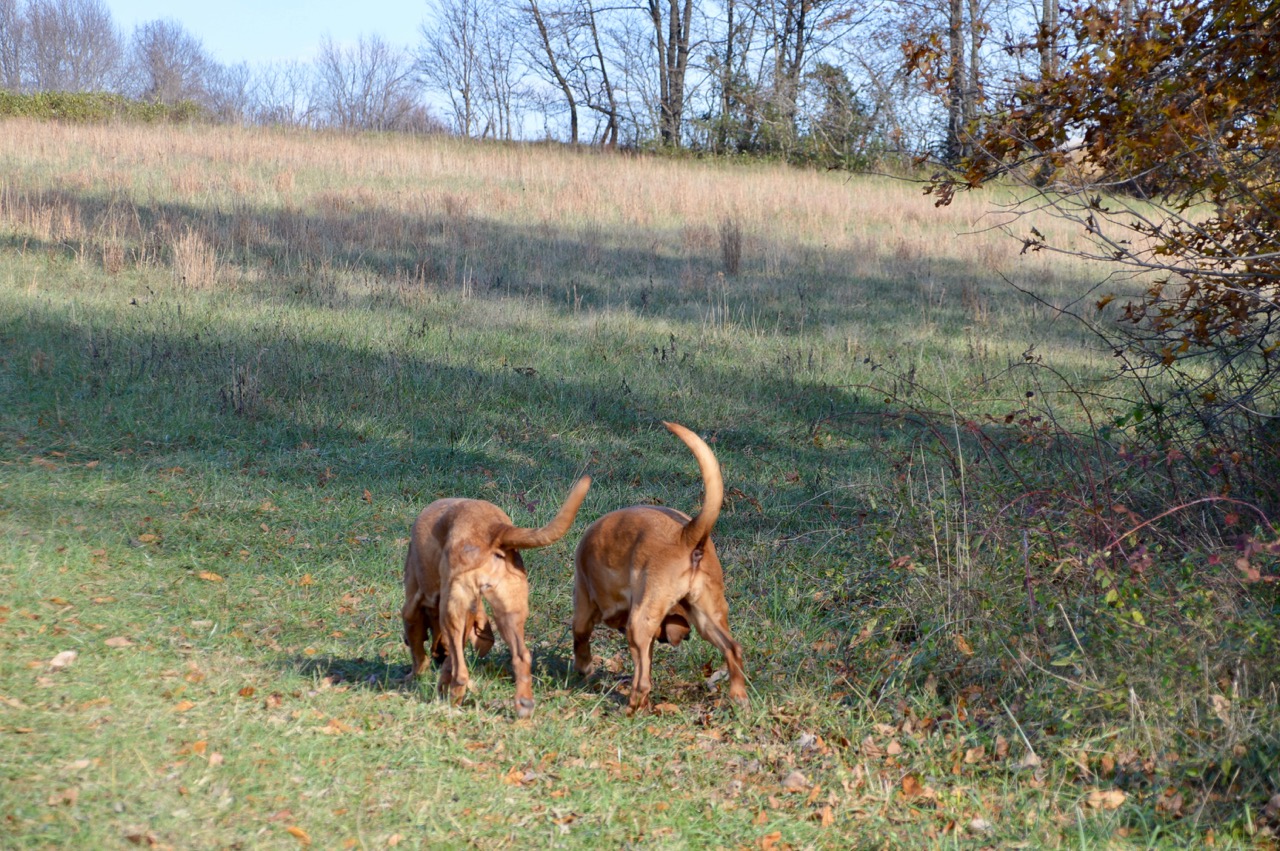 By that time what a better time than take another hounds walk this time without the leash. I looked outside for any trucks in the field and did not see any so both hounds were free to roam. Great weather and I see a week ahead of temps in the high 50's ... so it's not that rough.

I also thought I'd test my digestive system to see if the pie was the culprit ... I had to have a piece. 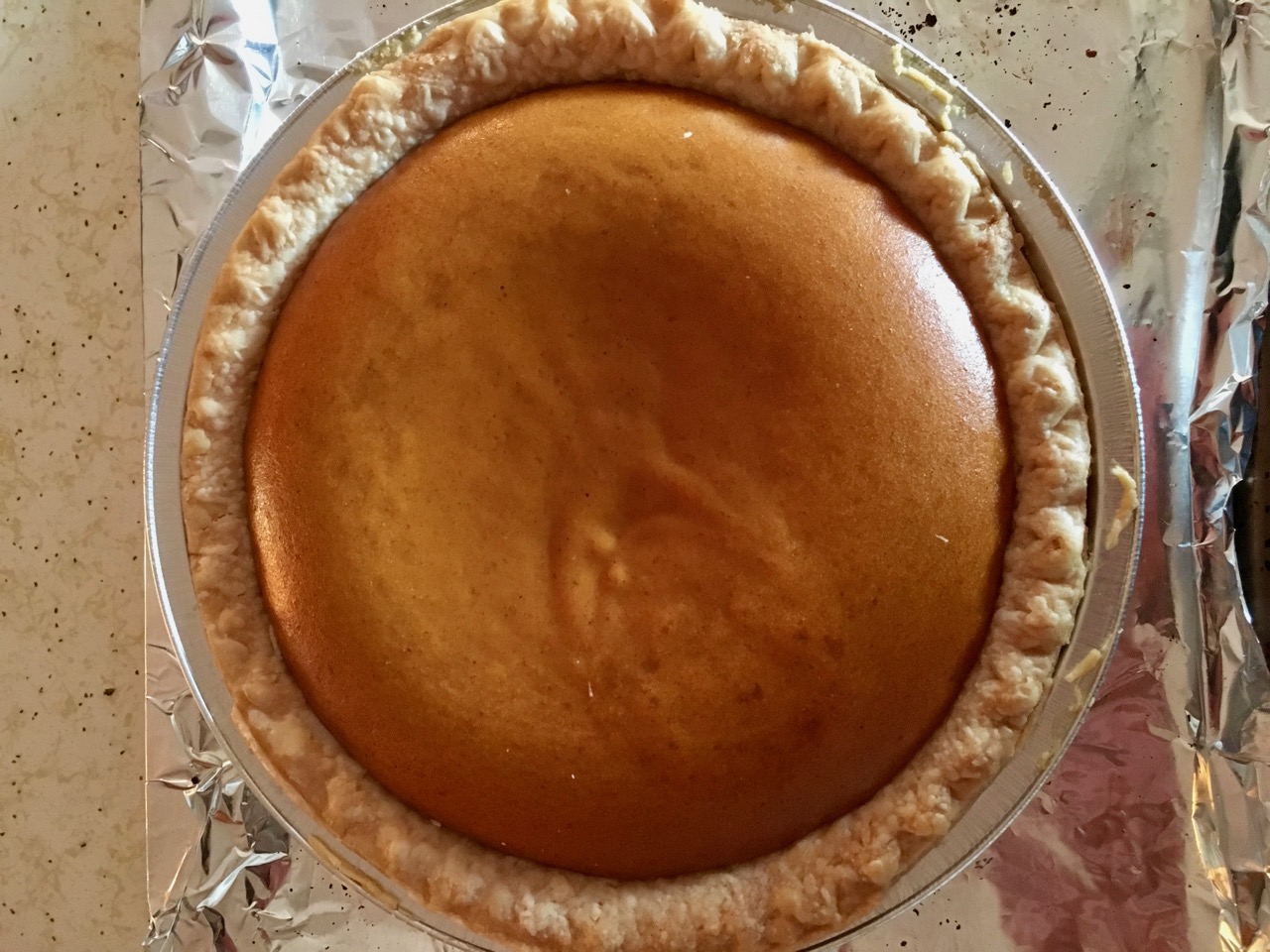 Last night I almost left the toping off but I had to try the ground pecans and brown sugar on the pumpkin. The pie went back into the oven for 10 minutes after the topping was added.

Today ... no signs of indigestion after my small piece of pie. That's good news for more pieces later. 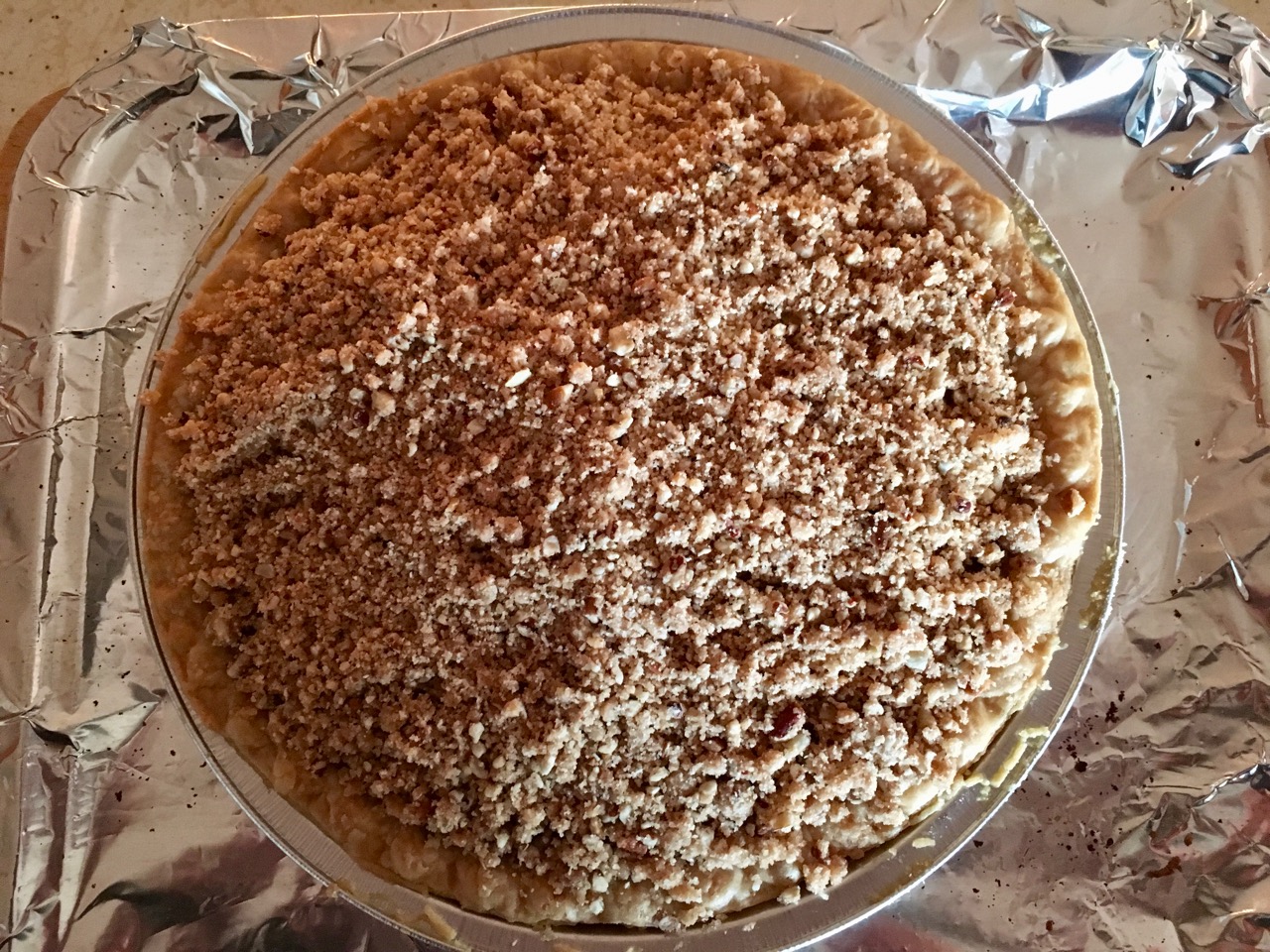 I did decide yesterday to drive over to the local Walmart for a Marie Callender's pumpkin or pecan pie and maybe even both. That is why I bought this pie that had both. I have no business bring two pies home with me.

I drove the Z4 over because it was a nice day and it would give me another chance to check of the lower grill would work loose before my planned roadtrip this morning. It was still on extremely tight after I returned home. 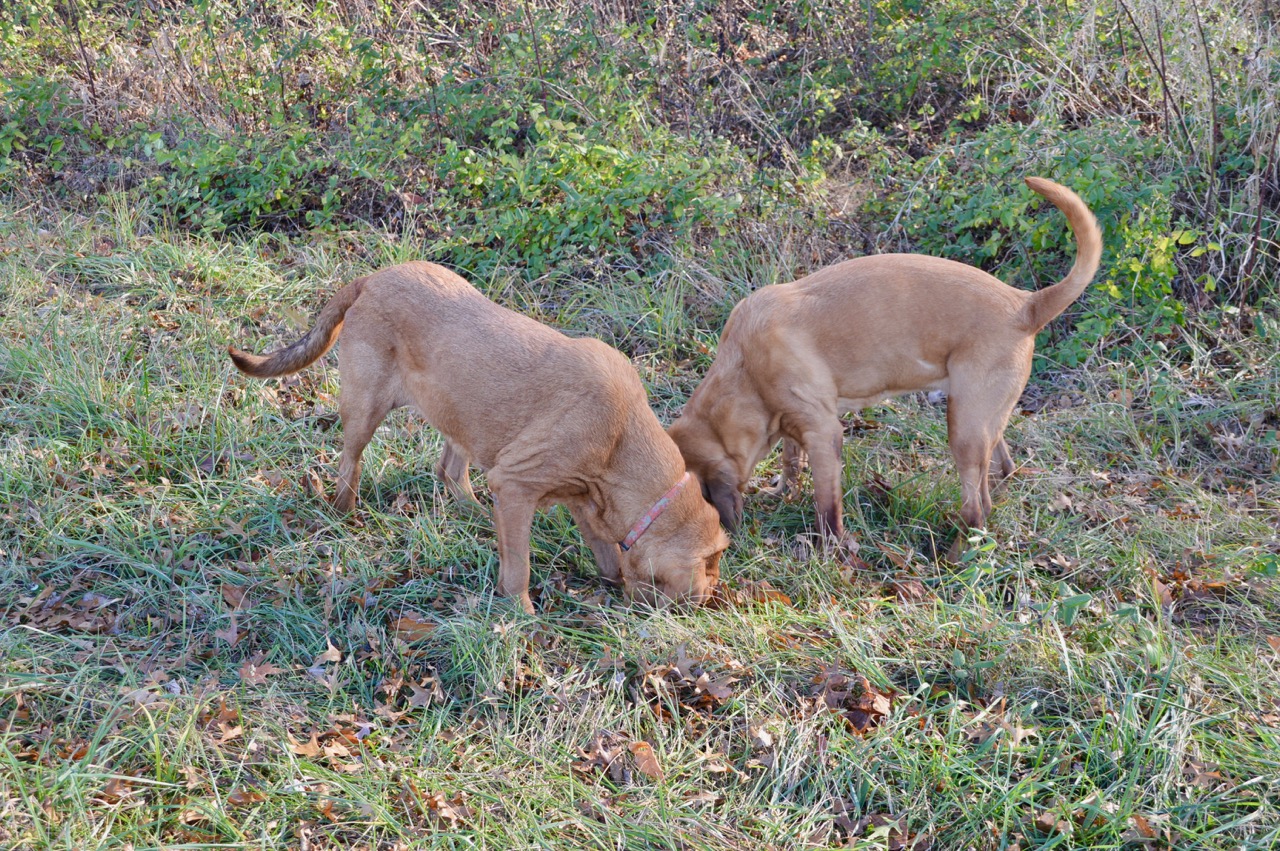 The tv has been full of college football and college basketball games today but the way I have felt I spent most of the morning in bed but have felt much better this afternoon. I'll try another plate full of those leftovers and see if it was the food or the quantity of food that made me a little sick. 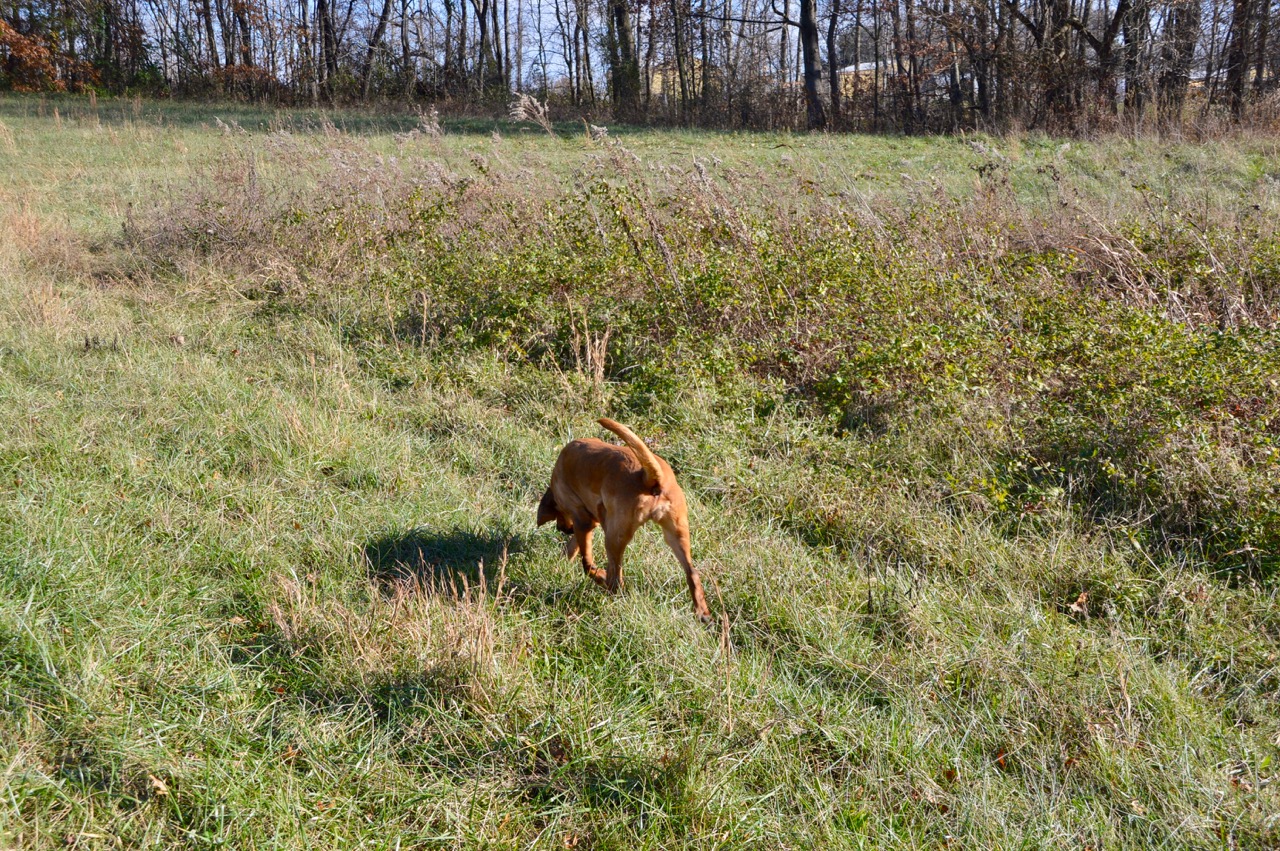 I have one more task with this company I bought the parts from for the Z4 repair that sent me two incorrect wrenches. I have almost all of that hardware their sales rep thought I would need, plus the three parts that I cannot find the old parts need replaced ... so I'll have to return all of that. I hope they get things processed correctly. I'll photo include a copy of everything I send back with part numbers, description, unit cost and and extended cost. I'll keep the tracking number of course and see what happens. 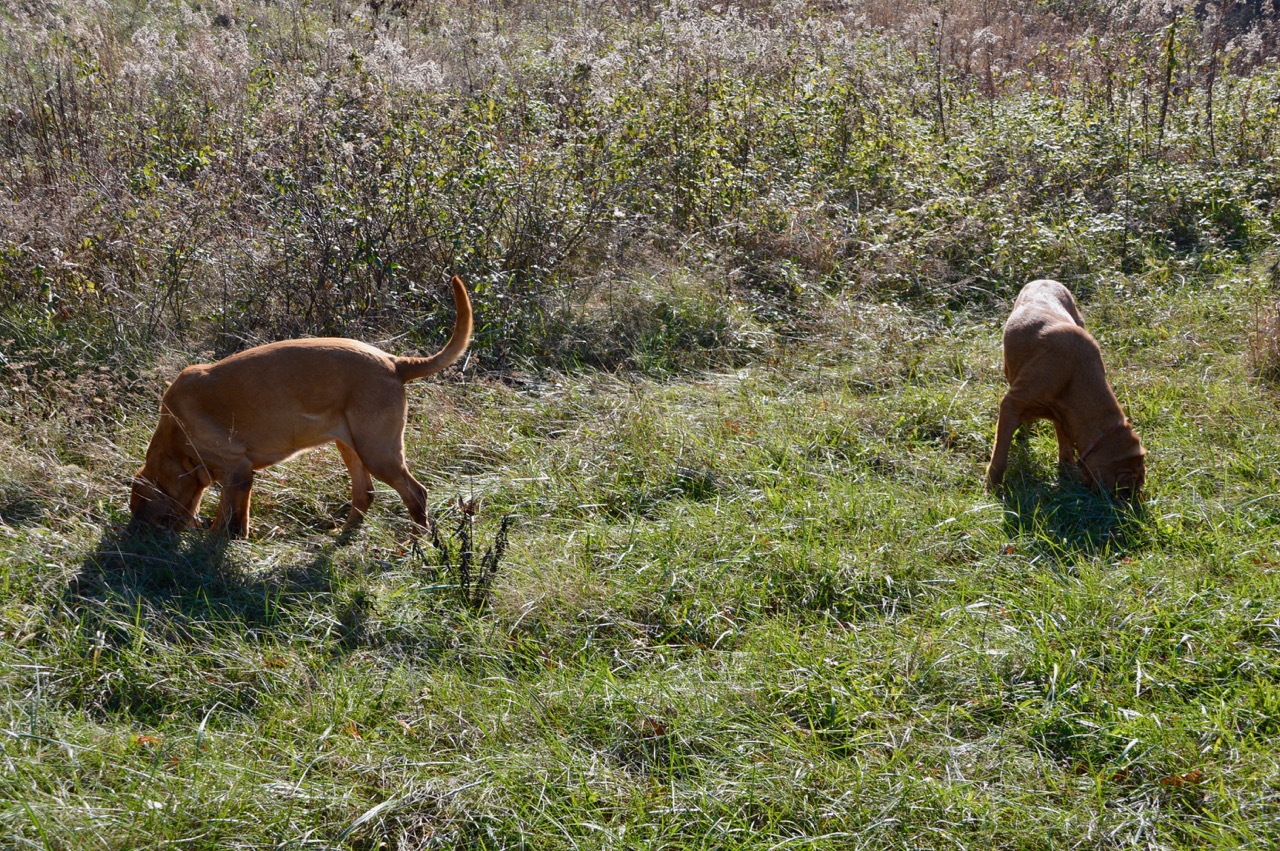 The hounds did get a little food of mine yesterday. Heidi, Sadie and Stella each had a thick piece of turkey breast but were turned down for their request for pie. 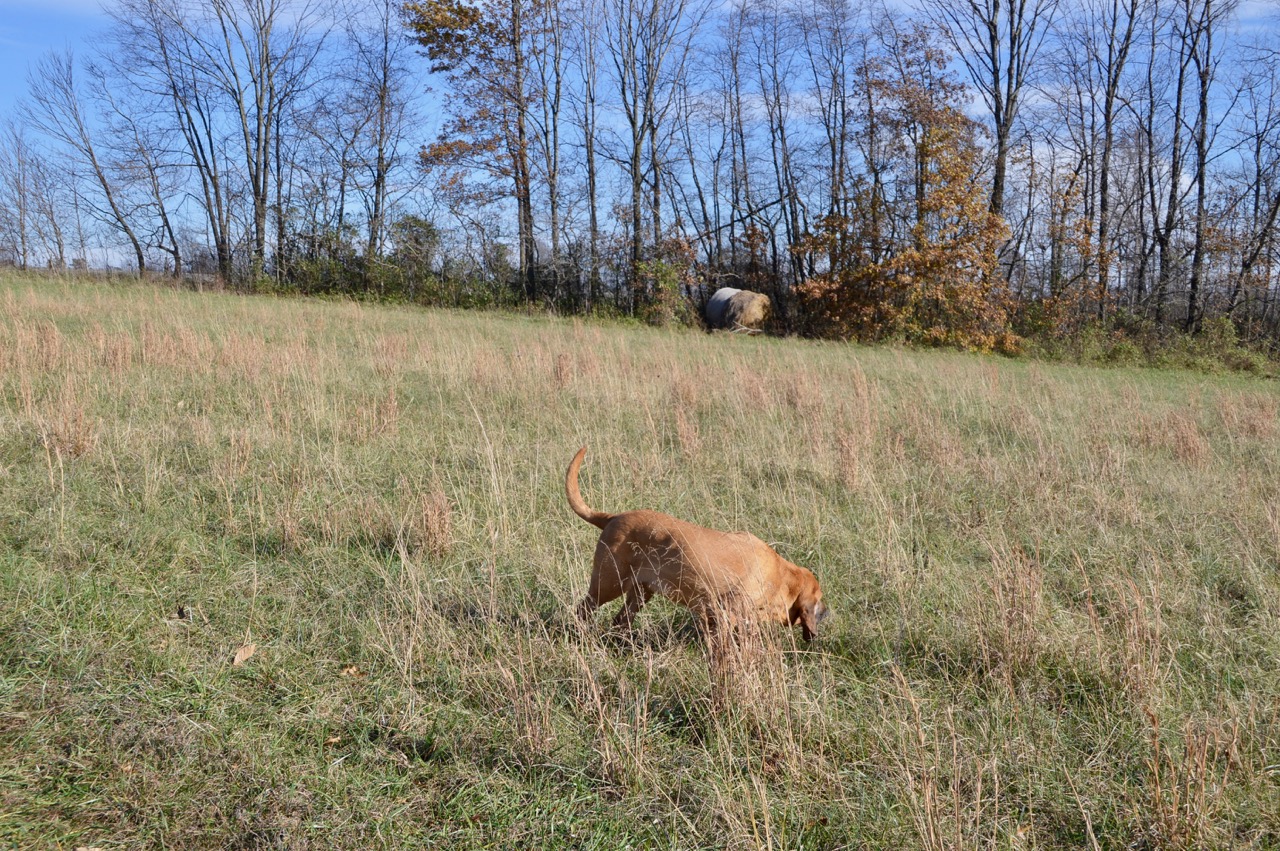 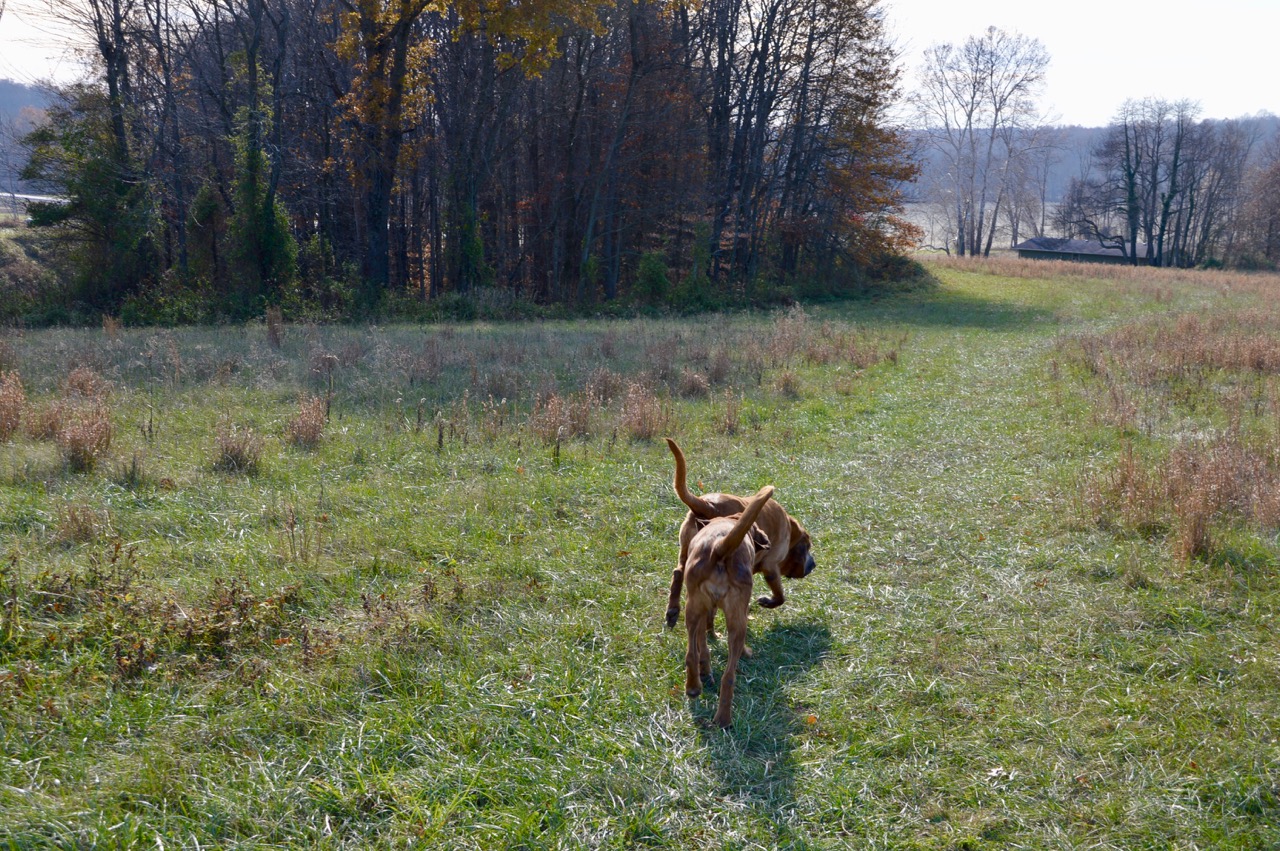 Not sure why a lot of my pictures lately have been leaning to the right. When I click the 'cropping' button it will automatically straighten the picture. 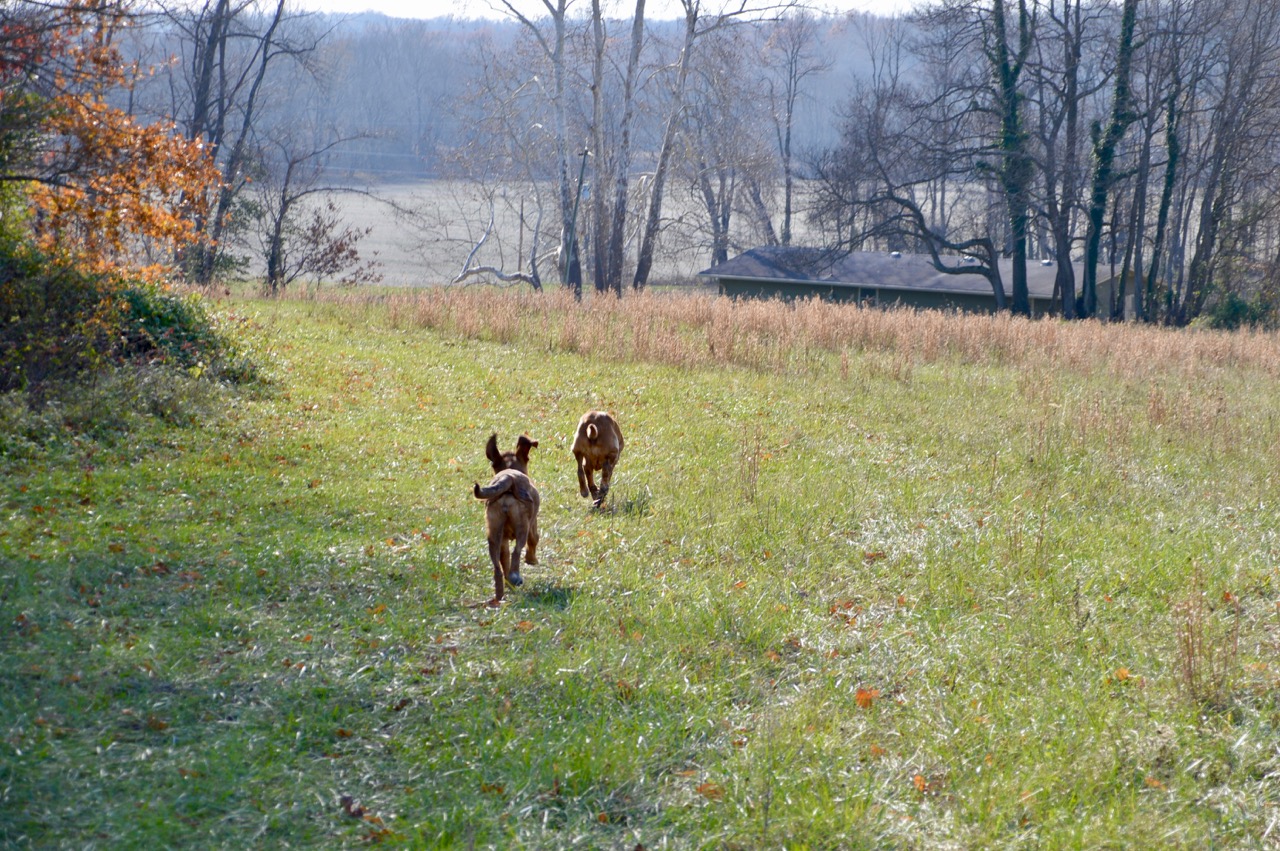 Well I have an IU game to watch today in basketball. I have a full day tomorrow of college rivalries in football plus more college basketball games available if I want to watch them. A good time of year for sport addicts like myself. 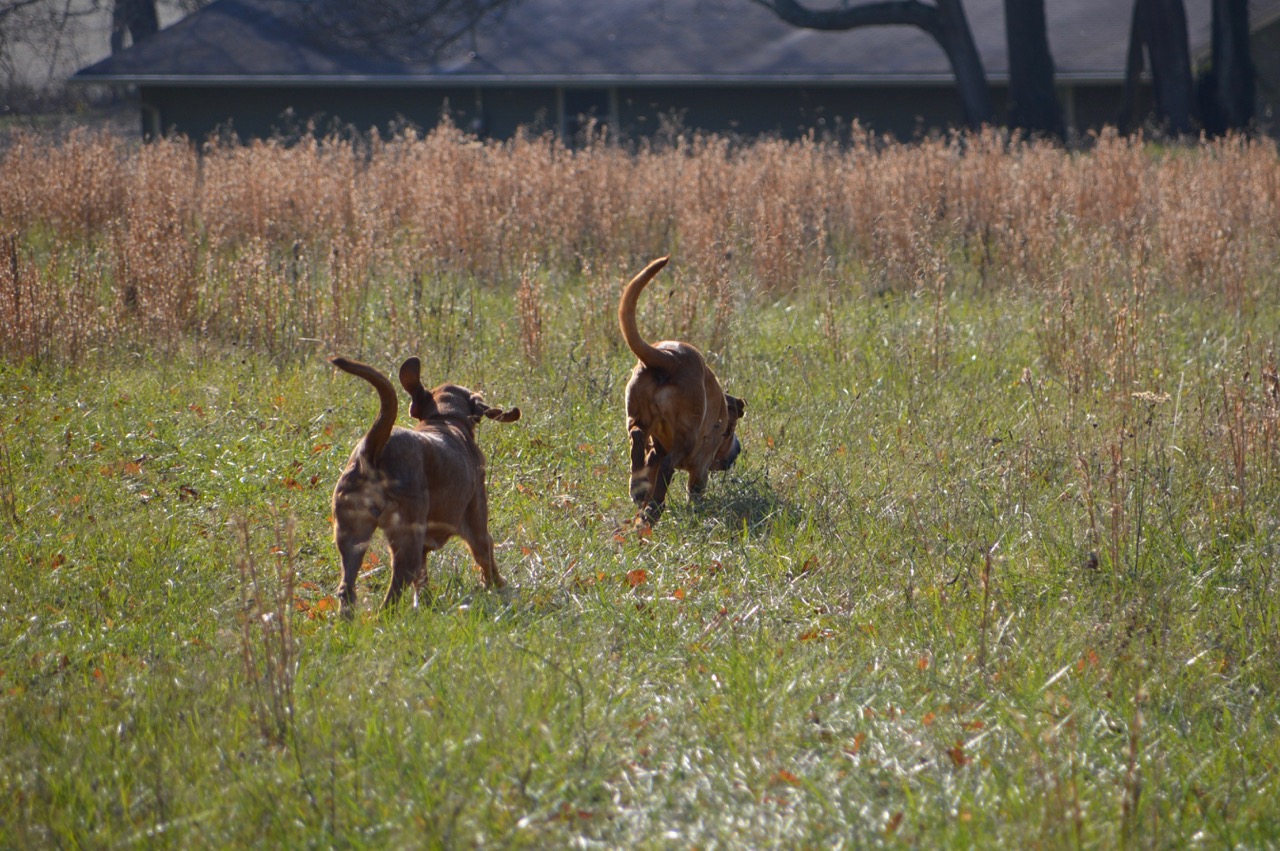 All the hounds are back to sleep now after two walk. Heidi never left the couch today especially since the sunshine was warming her up. 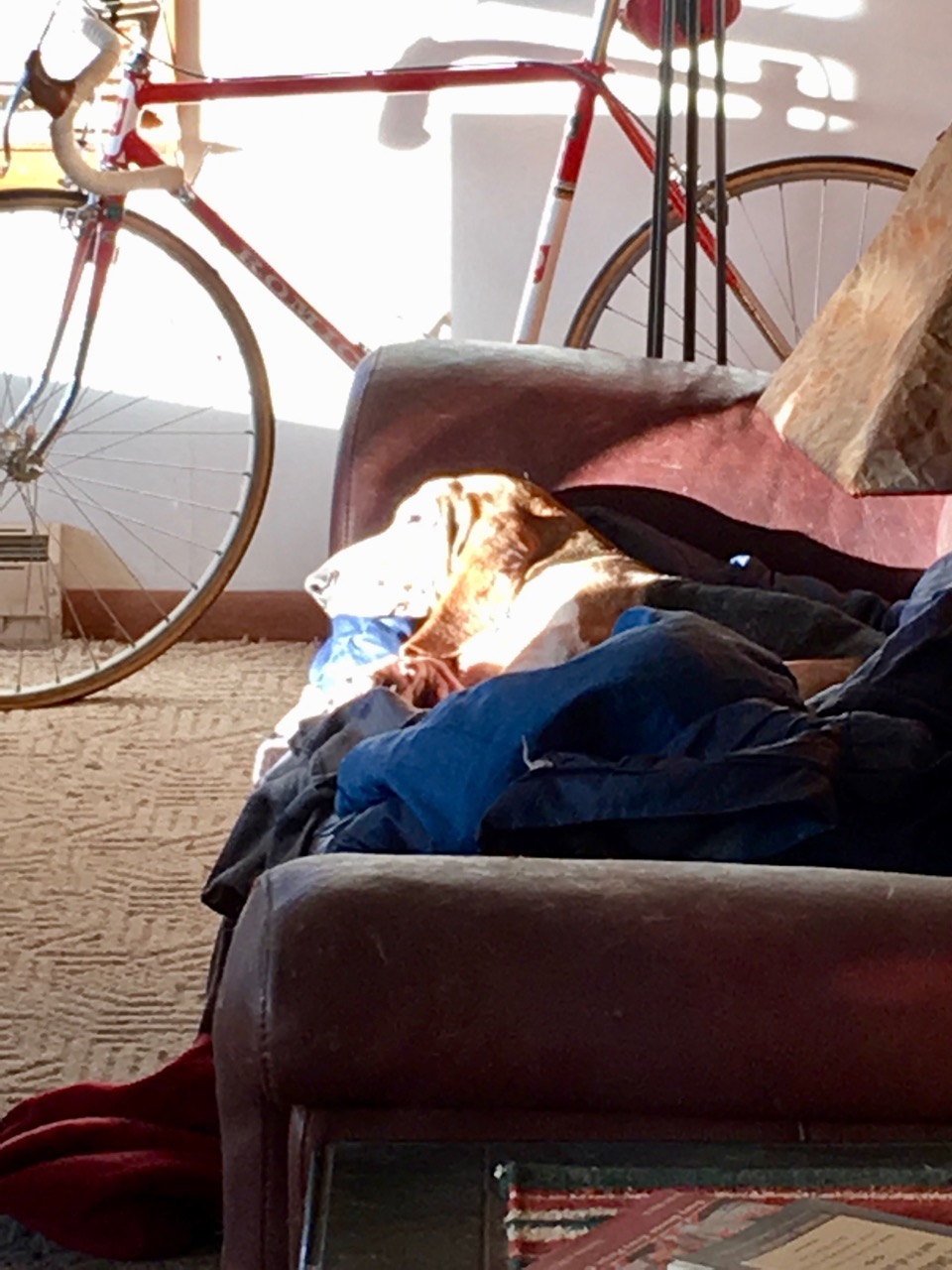 They didn't have pie last night but Sadie and Heidi were 'out cold' while they slept. They never woke up even as I was going to bed. 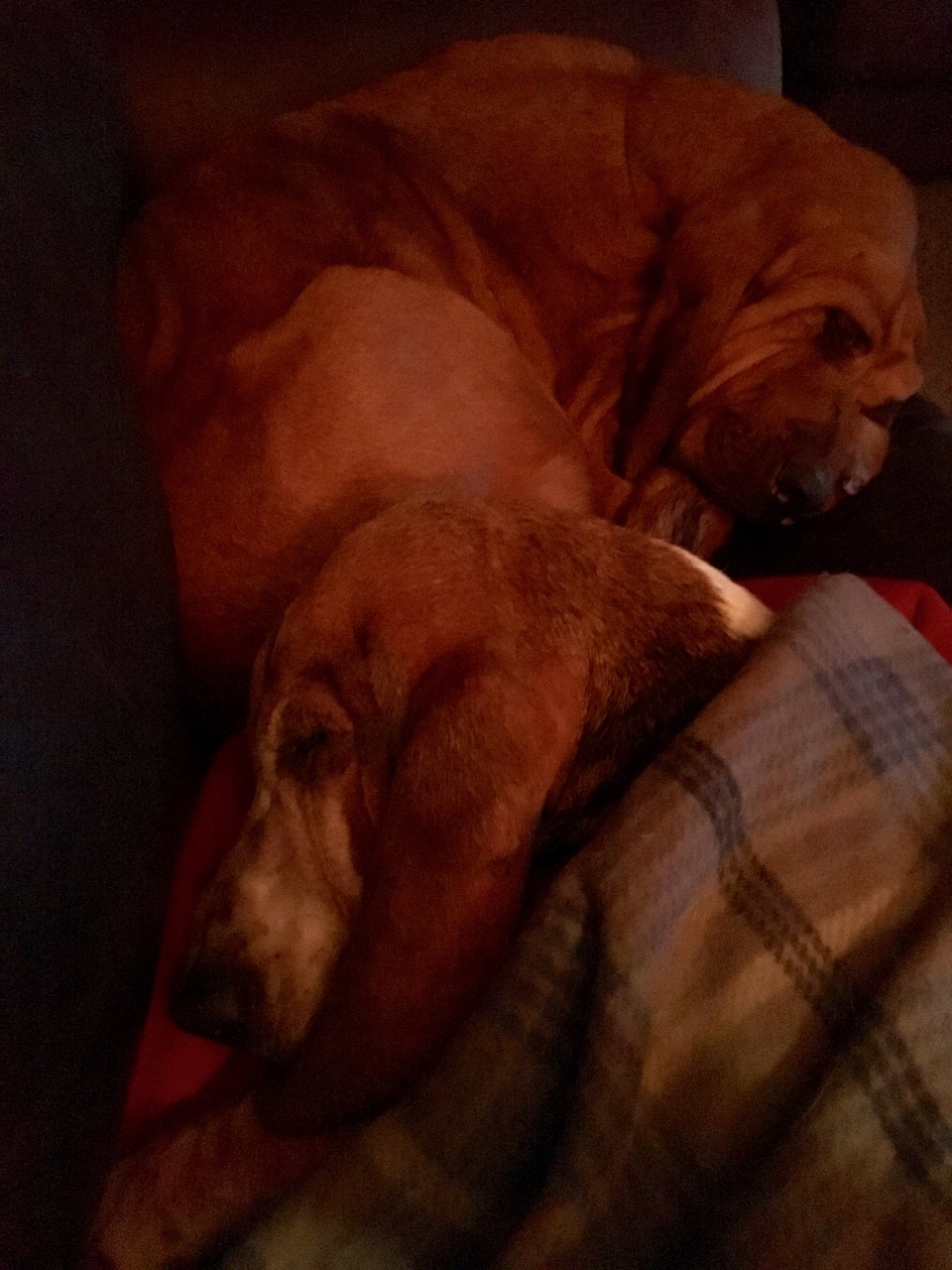 Hope everyone had an enjoyable day yesterday ... it was great here in 'the tropics' of Southern Indiana.
By Steve at 1:41 PM