The Hounds Were Low Energy Today 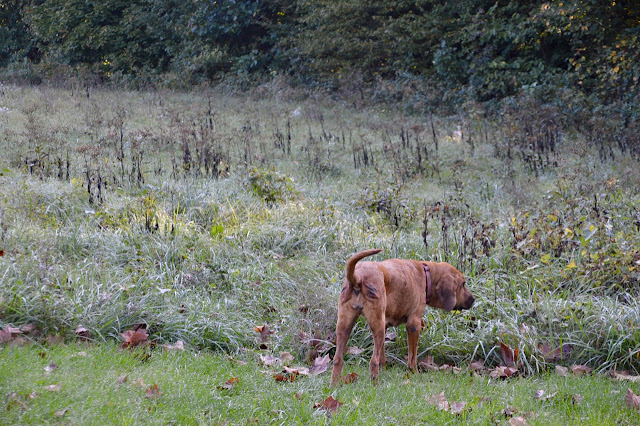 After barely staying awake during the end of the baseball game that was over last night at 1:06am, all of us could have slept in late today. Only Stella decided to jump off the couch in the 8th inning and head to bed on the bed. She had slept through most of the 8 innings anyway. Heidi was in such a deep sleep during the game that I didn't think she would move even after I turned the lights out. Still, we had things to do today so we started it early. 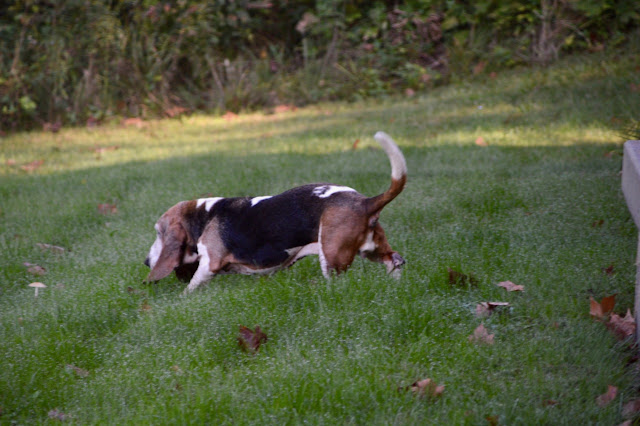 When I told Heidi that Sadie Stella and I were going on the morning walk she started trotting to the door leading me to believe she was coming with us on, for her first walk in many months. She had other ideas. 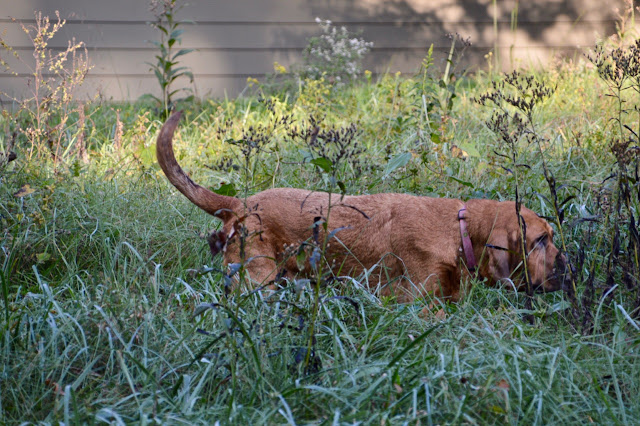 Stella took off up the return path while I was ten or twenty feet away on the regular path. I could feel the 91% humidity early this morning. I checked my weather app before the walk to confirm the humidity I was feeling. Such a drastic change from last week's 54%. Stella seemed a little more enthused today about the walk. As the day wore on, she became less enthusiastic about everything except sleeping. 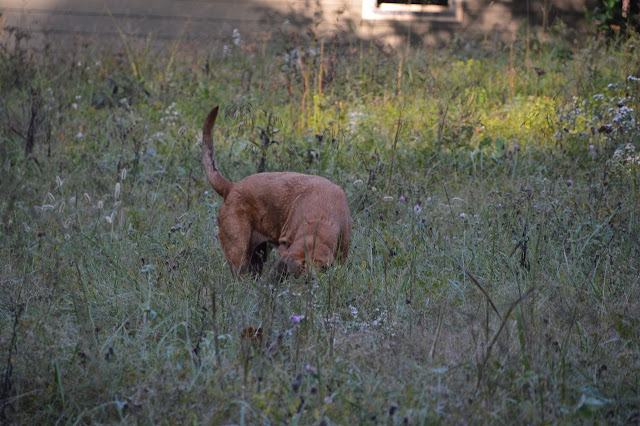 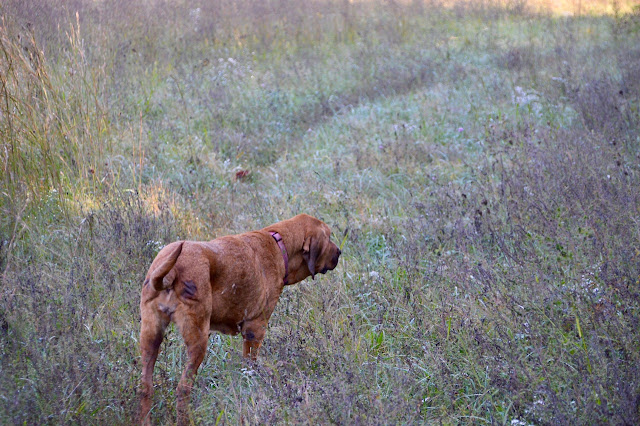 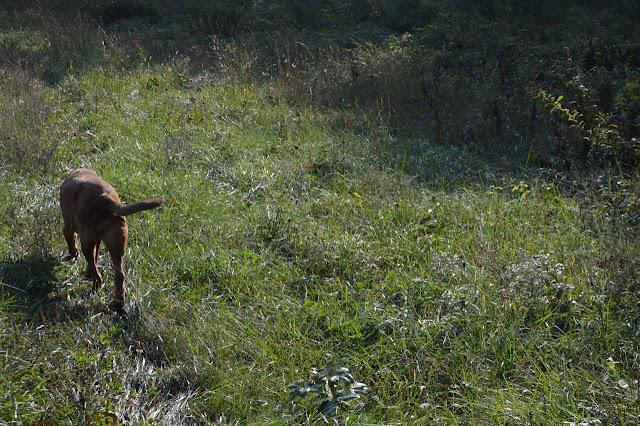 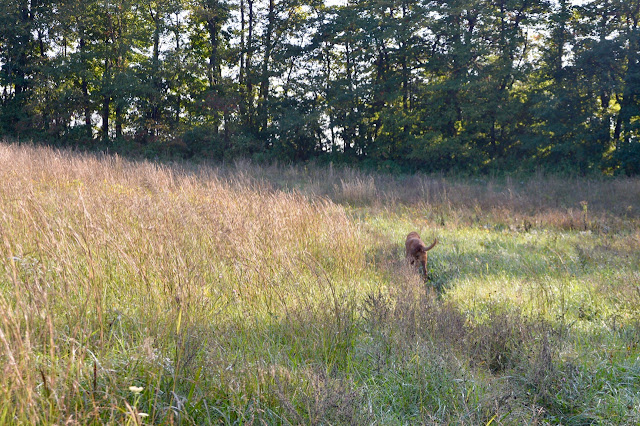 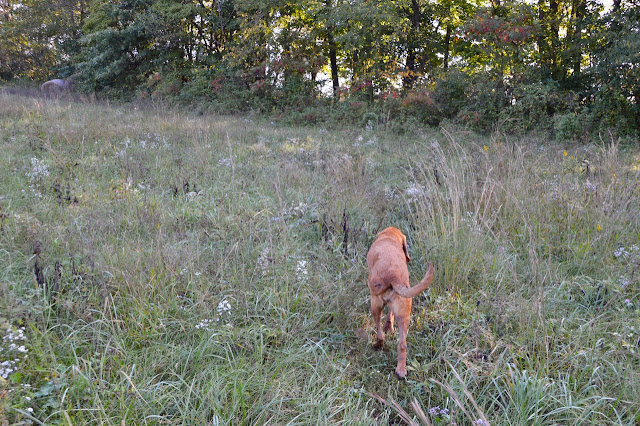 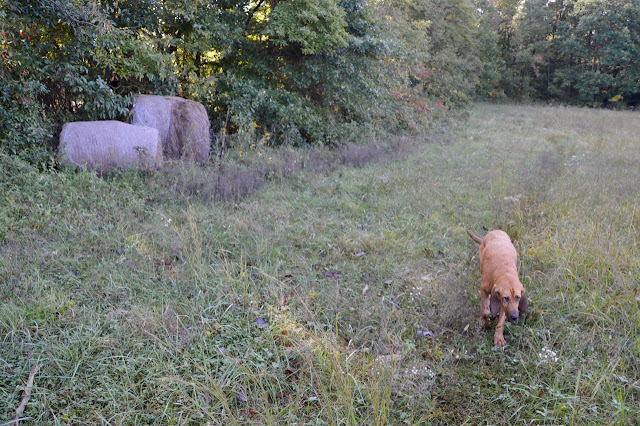 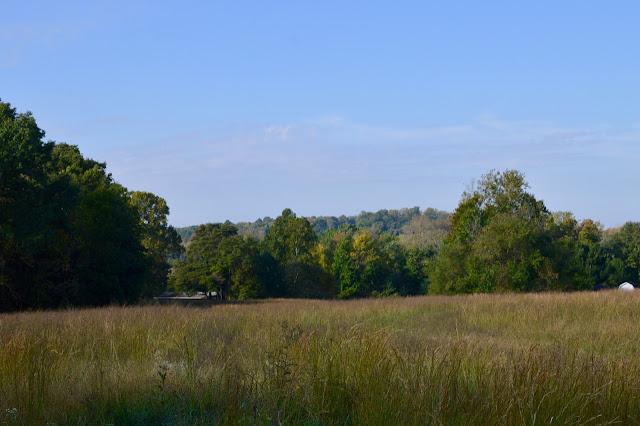 What little color changes you see on the trees, has happened the past three days. 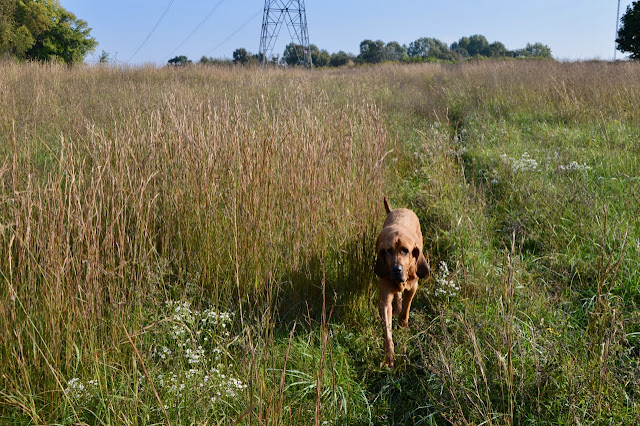 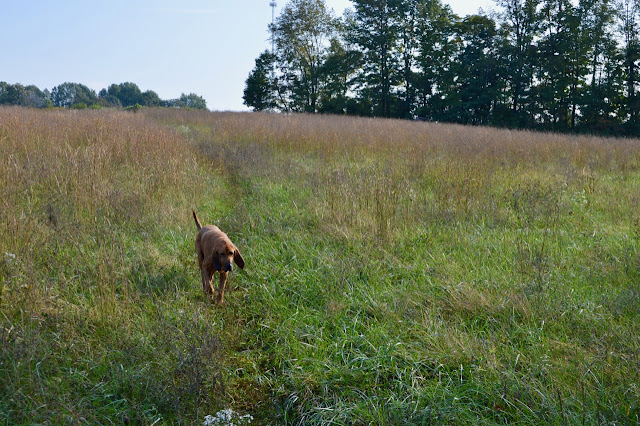 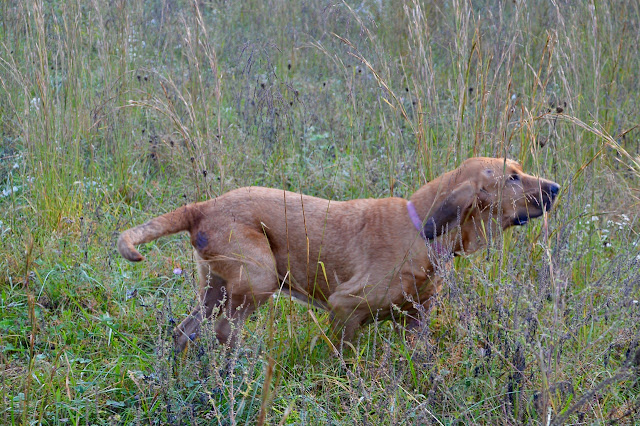 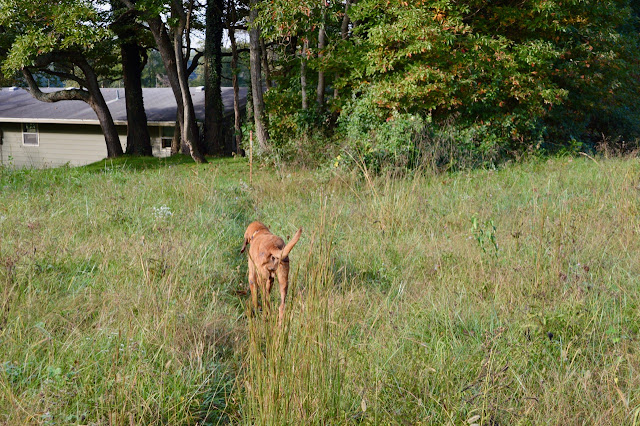 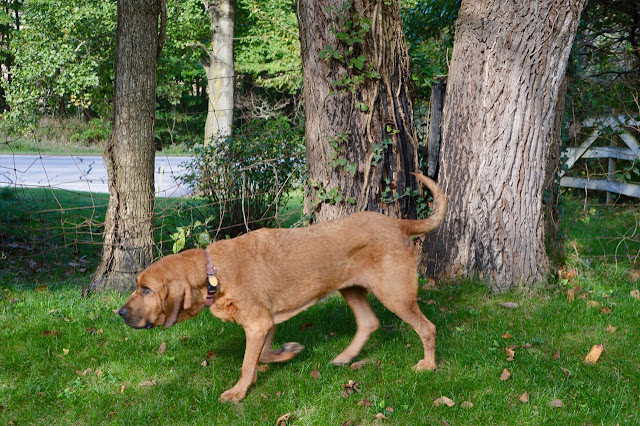 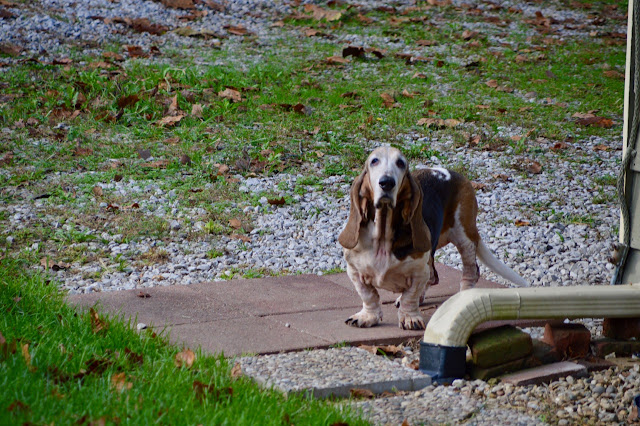 The photo does not capture Heidi wagging her tail and barking at us, excited about our return. She is back being the basset hound that I remember, when I got her in 2011. 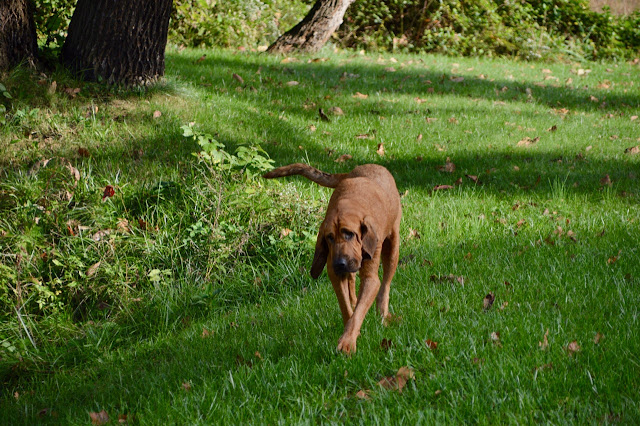 Today was 'staining day'. Luckily the gel stain I chose was a good match. The old window frames and sills look much better as does the old front door in the living room. I'll put a coat of polyurethane on tomorrow and a second coat on Friday with 24 hours to dry between applications.

I am not sure I can last another long baseball game tonight. The Oakland A's are in NYC to play the Yankees. A player on the Oakland A's grew up and played in Terre Haute IN, so I am assuming that a lot of tv's in the West/Southwest Indiana will be tuned into the game. Josh Phegley was the catcher at IU before someone named Kyle Schwarber that now plays LF for the Chicago Cubs. I always root for the underdogs when my team is not in the playoffs.

I could almost take a siesta today ...

All is good in 'the tropics' of Southern Indiana.
By Steve at 2:30 PM