Vet Gives Stella An A+ 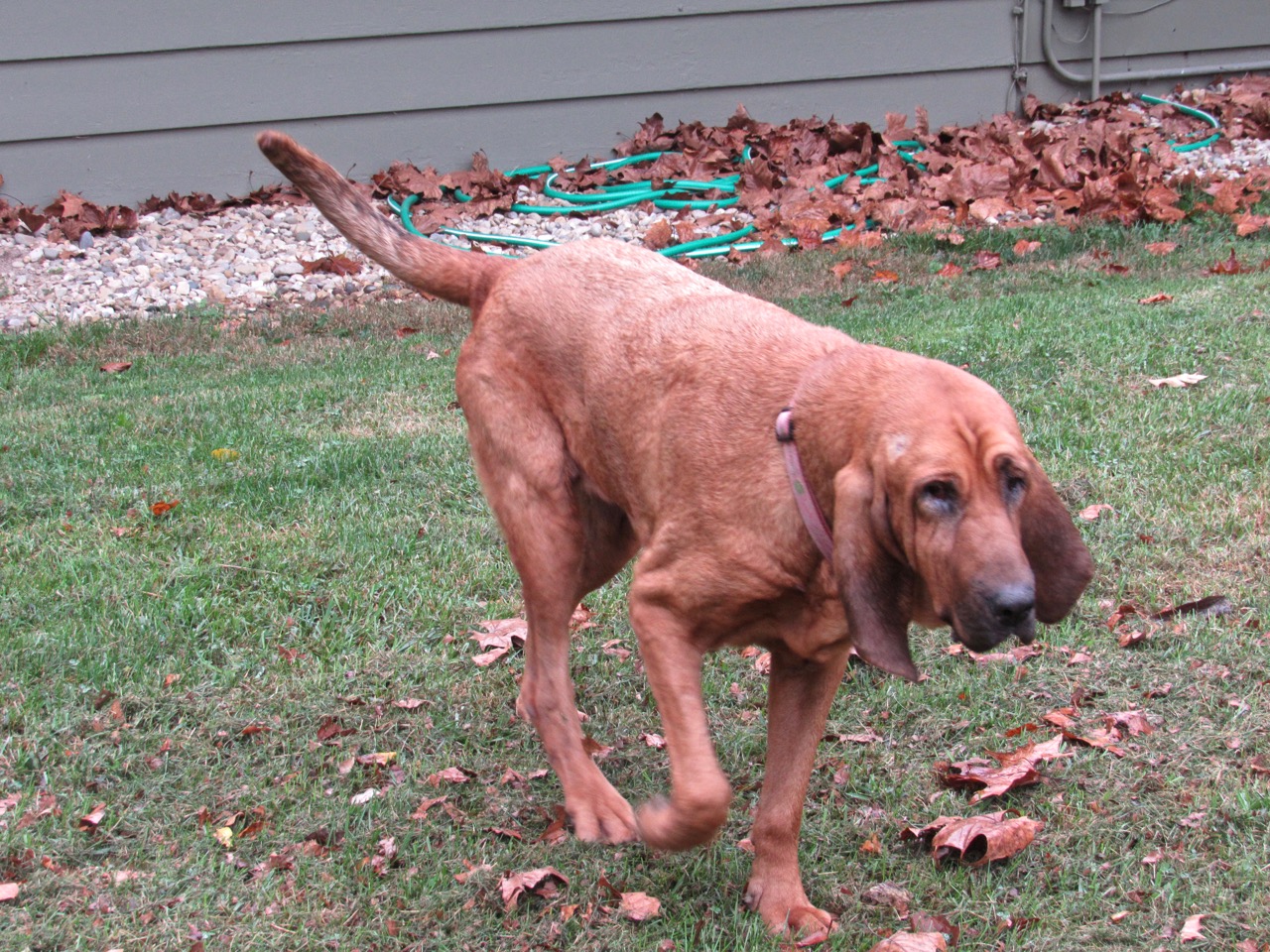 With an 11am vet appointment for Stella today, we were able to fit our morning walk between a light rain and our departure. As you will see from the photos, Stella's walk was more of a leisurely stroll  than anything else. It was 69°, all the house windows were open again and the AC was turned off. All of that did not mean that Heidi would take the morning walk with us, she didn't. 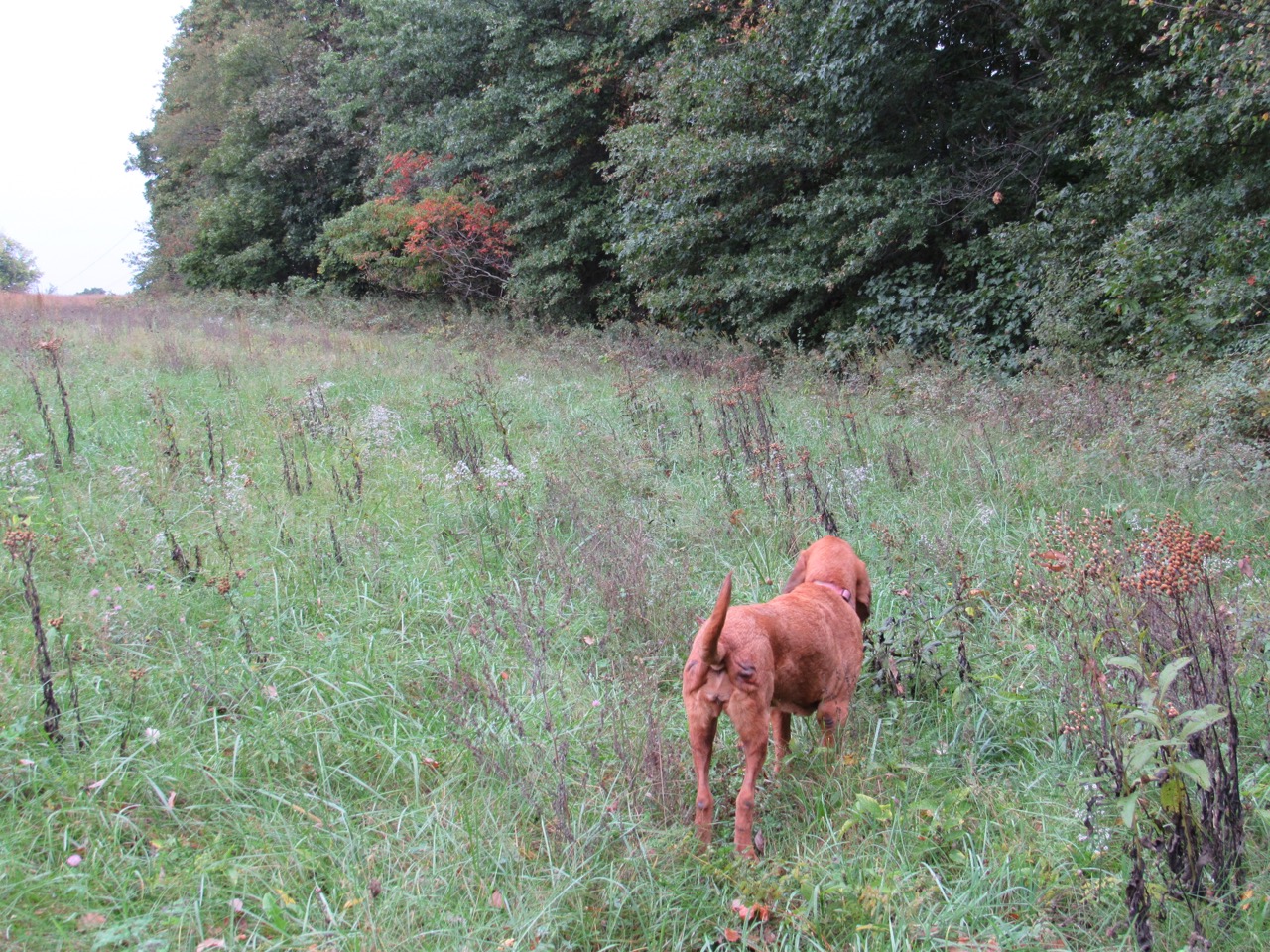 With the photos being just as dark and dreary as my eyes were seeing, none of these photos were edited. It was fantastic news last night when Barney made a comment on my post yesterday afternoon, explaining why my photos did not look as sharp, clear and crisp as Mark's over on his BoxCanyon Blog. It's the moisture in the air that makes the photo quality different than his in the mountains of Colorado.

I never thought about that. One reason is, I still think to this day that the first week of using the Nikon D3200, it's photos were much better than recent ones. Still, it was great to hear Barney's reasoning and from someone that had experienced using his camera in Colorado and Texas locations and noticed the difference. 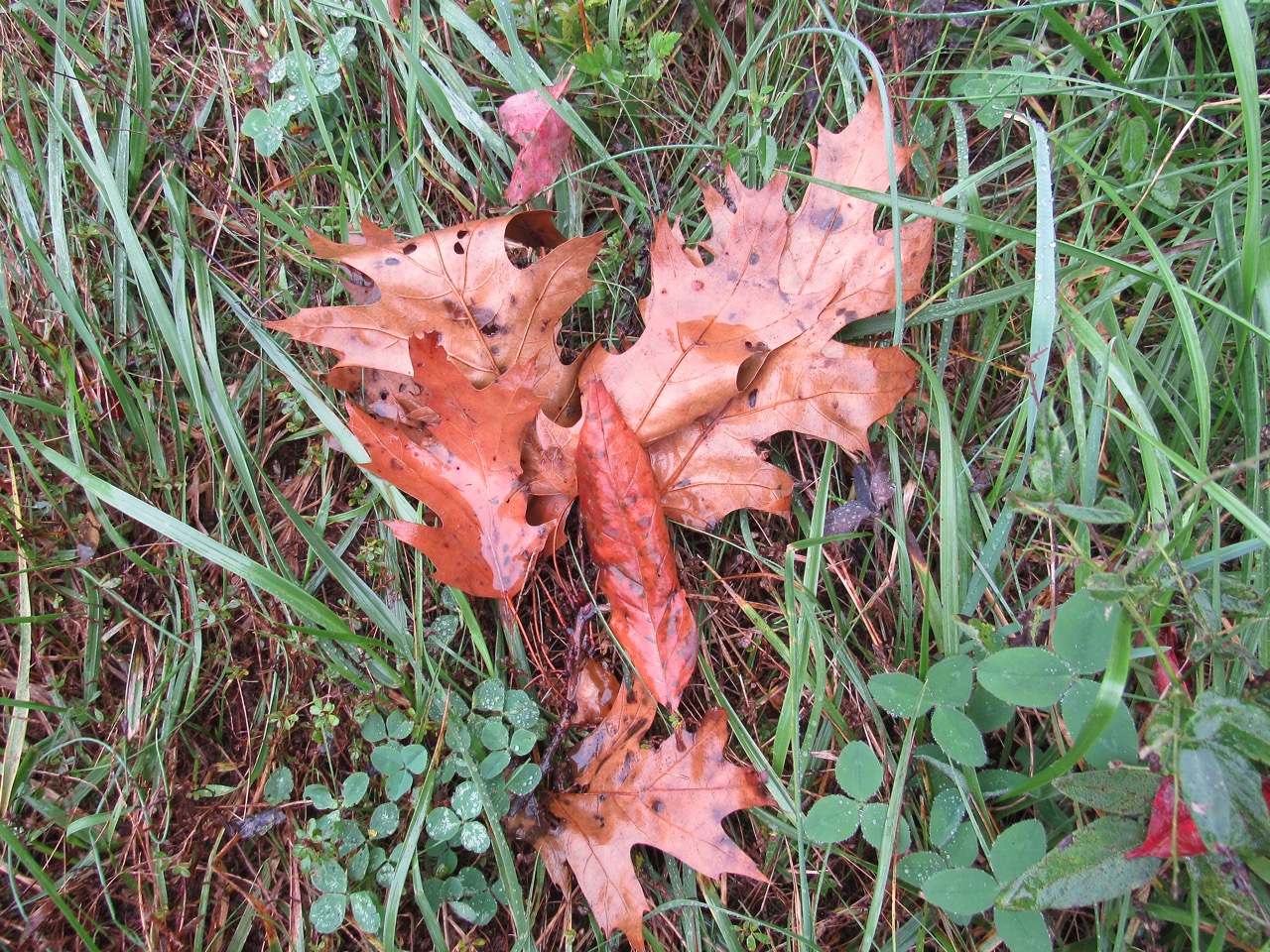 As I approached the first turn it was good to feel less mosquitoes this morning. I hope the cooler temps tonight and tomorrow drive them away for good. Stella had to be in front of me today. Anytime I took the lead on the walk so I could take a photo in front of her, she would trot and pass me. 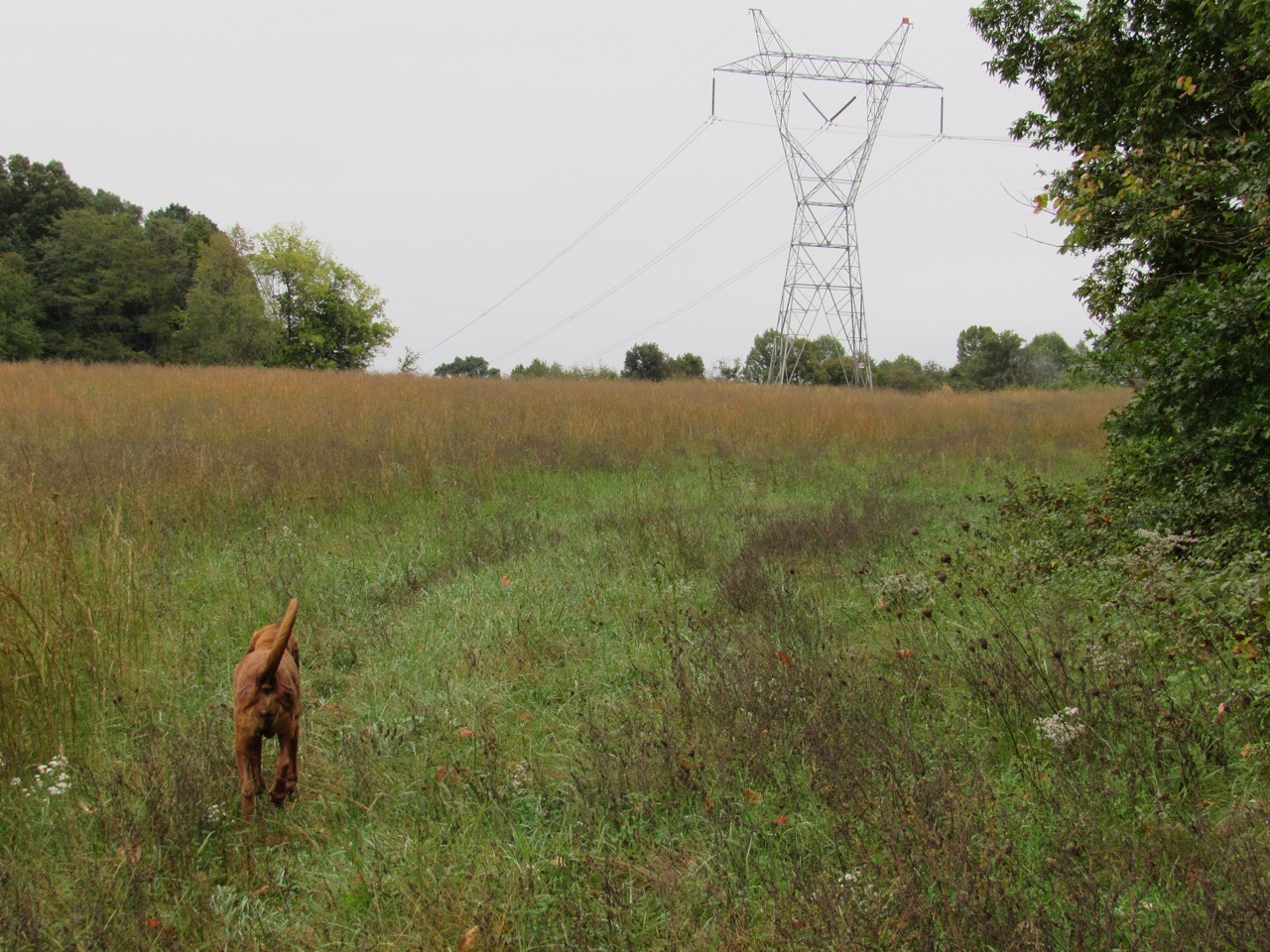 Finally as she found something interesting enough to stop ... I was able to move in front and get pretty far in front of her for these next pictures. 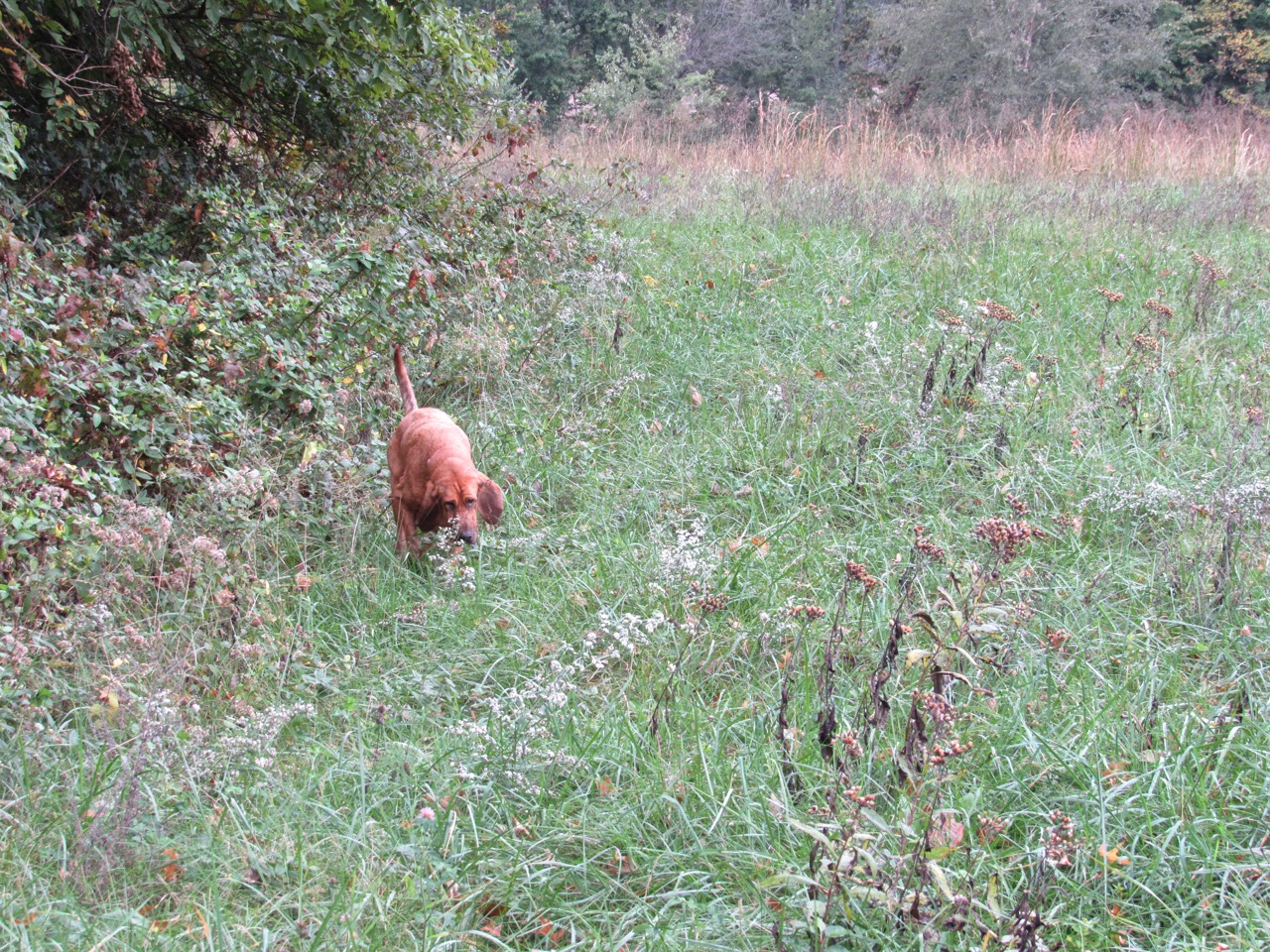 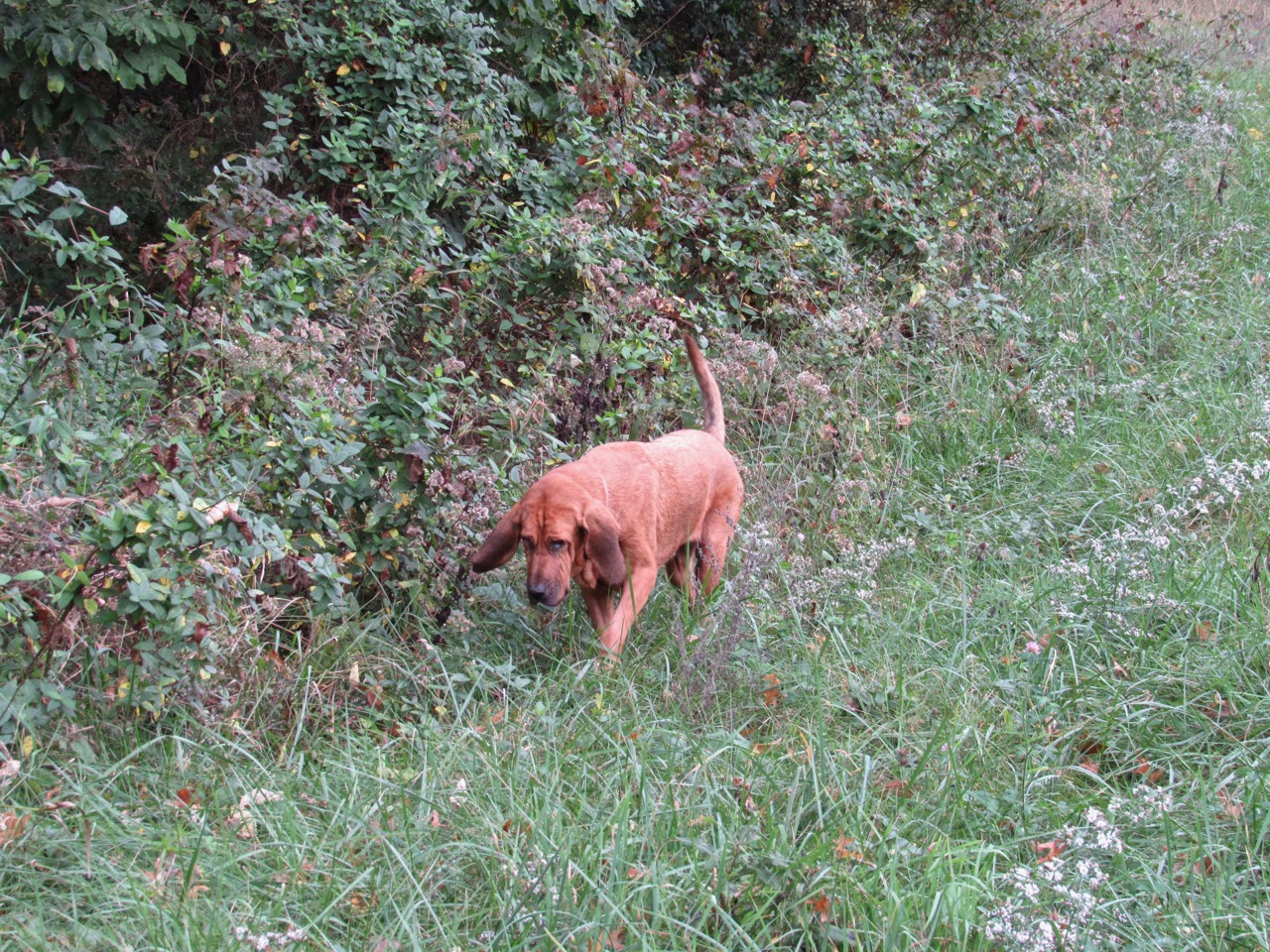 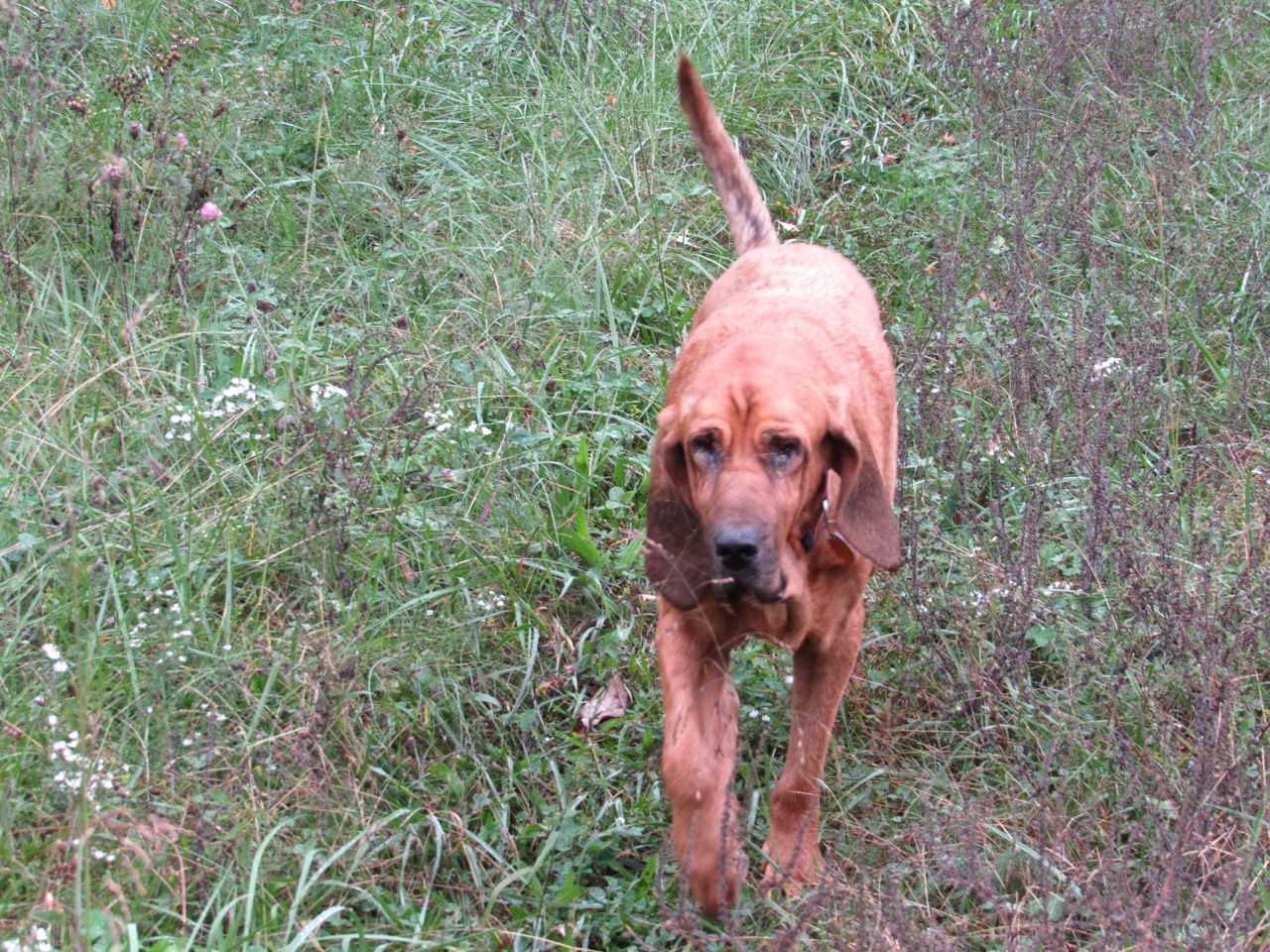 These next two photos show how slow she walks ... you can see each front leg raised, one at a time. I know they both should not be off the ground at the same time but every step is defined in a slow movement. 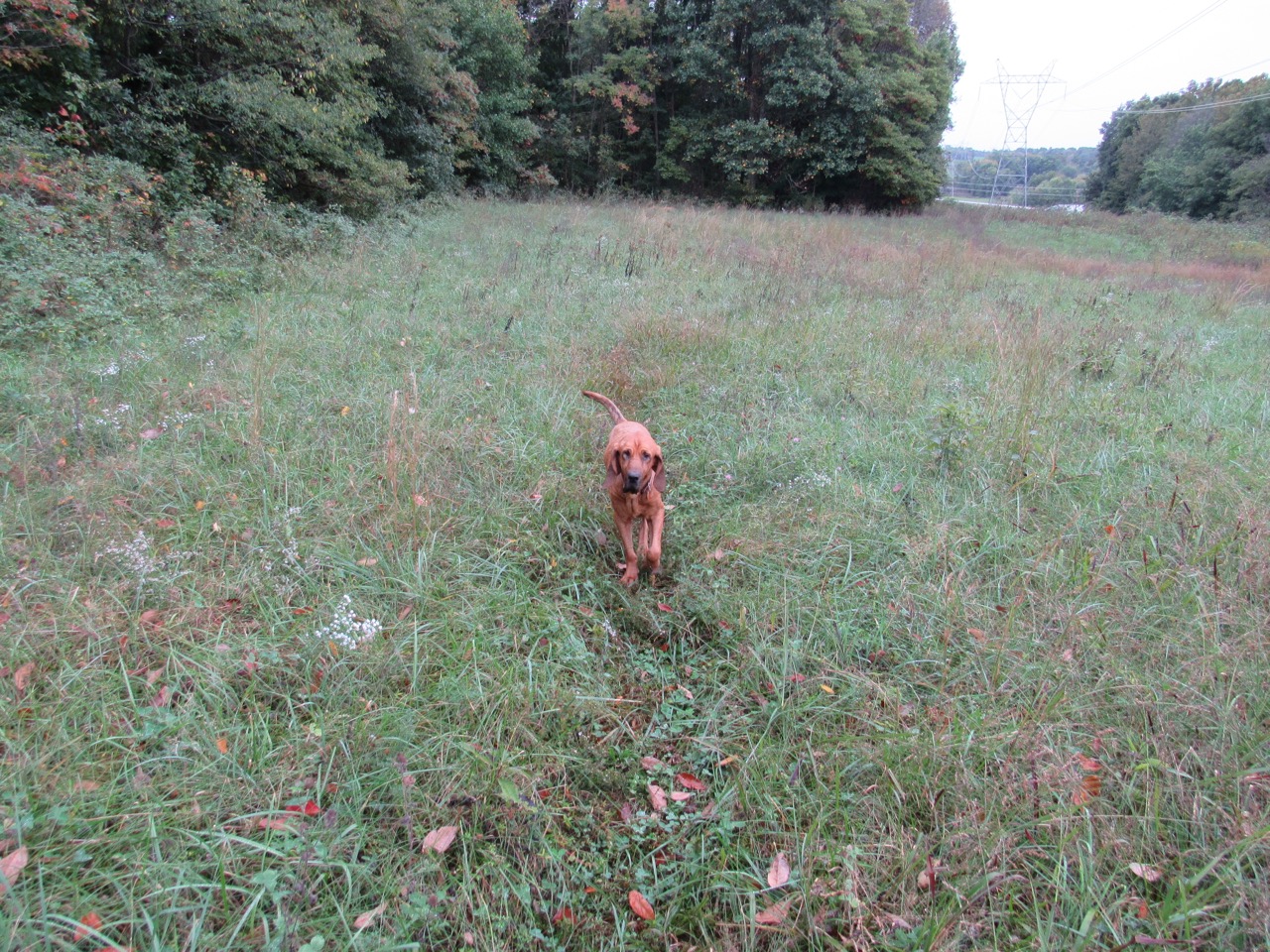 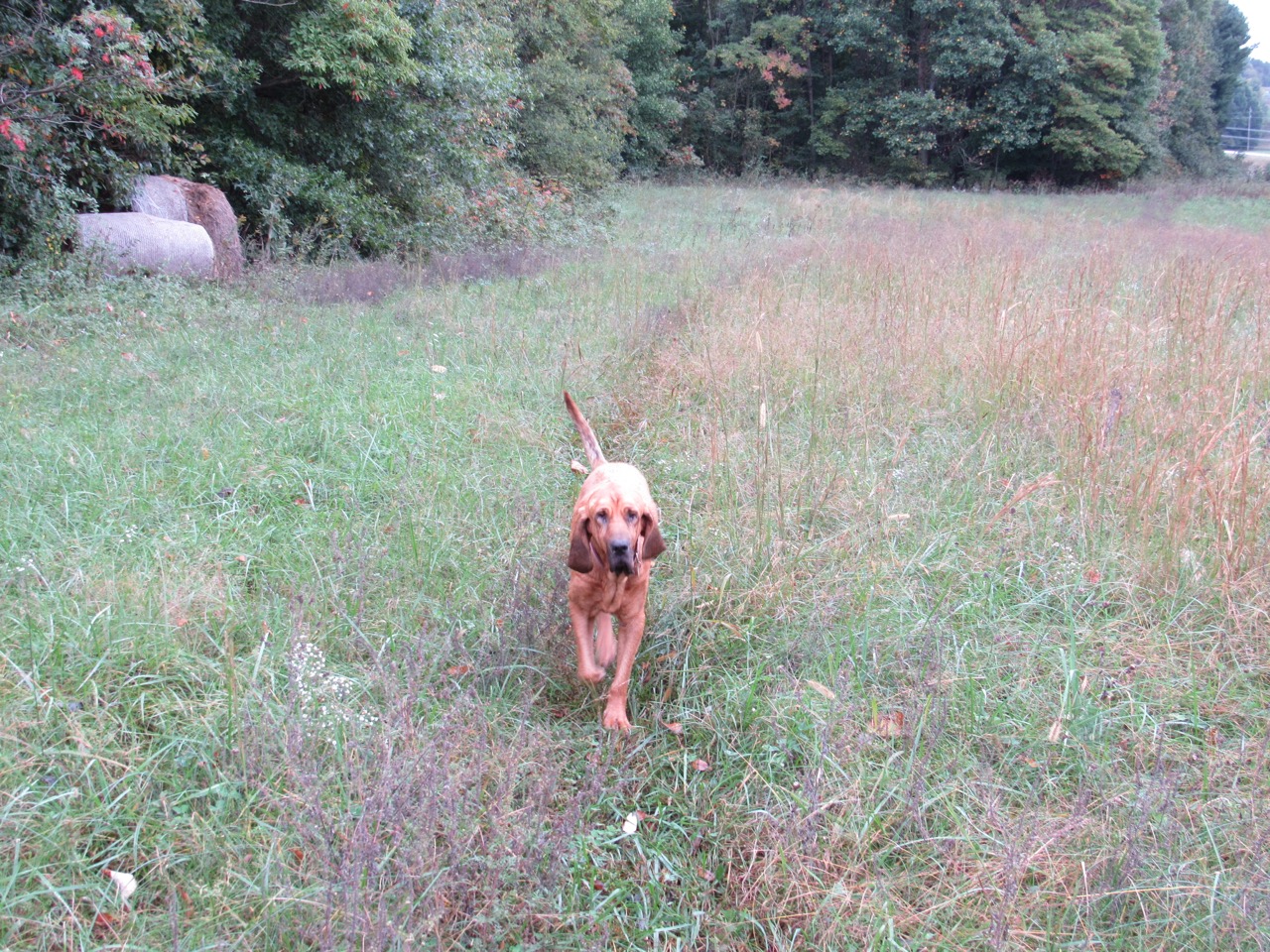 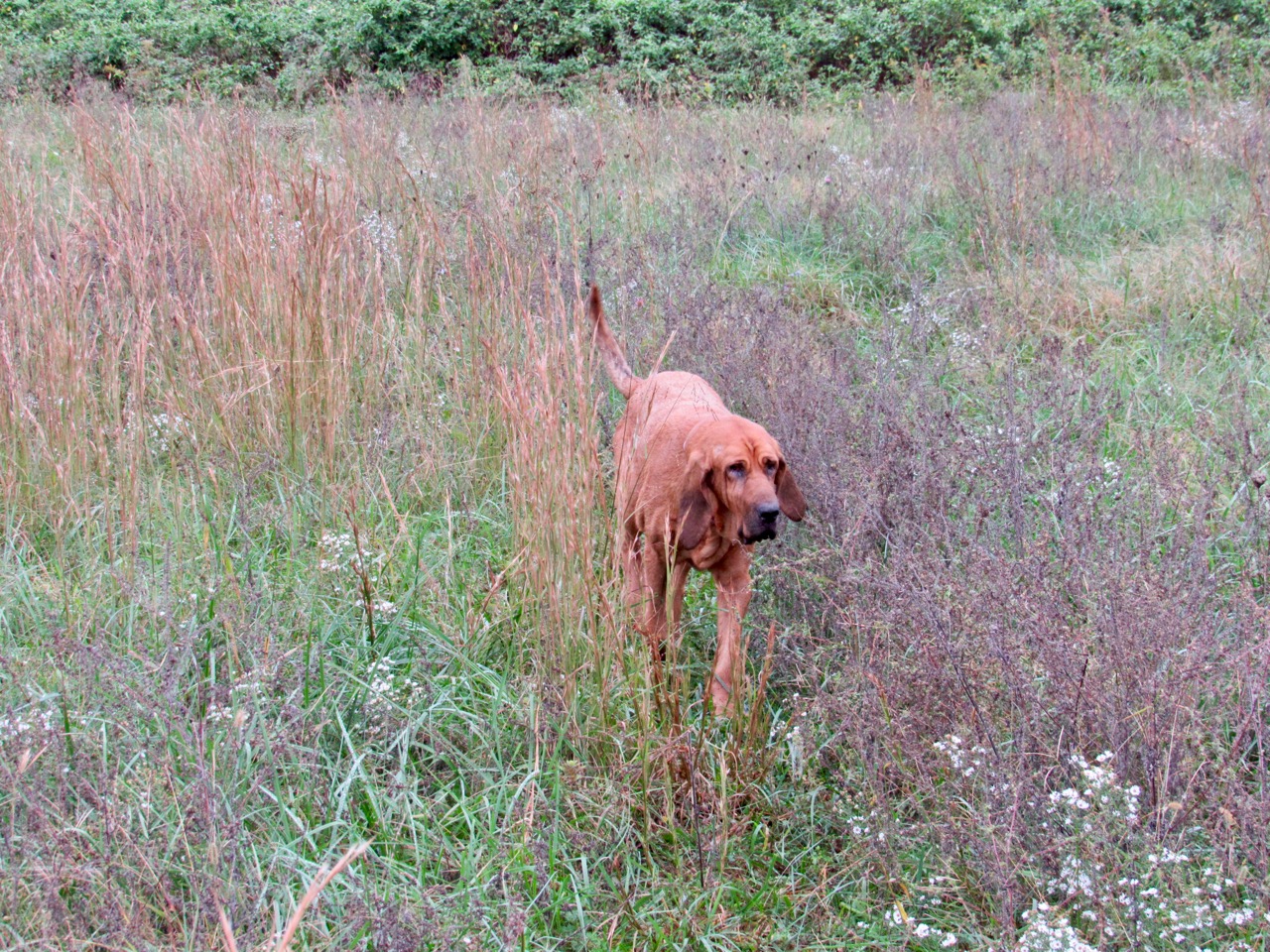 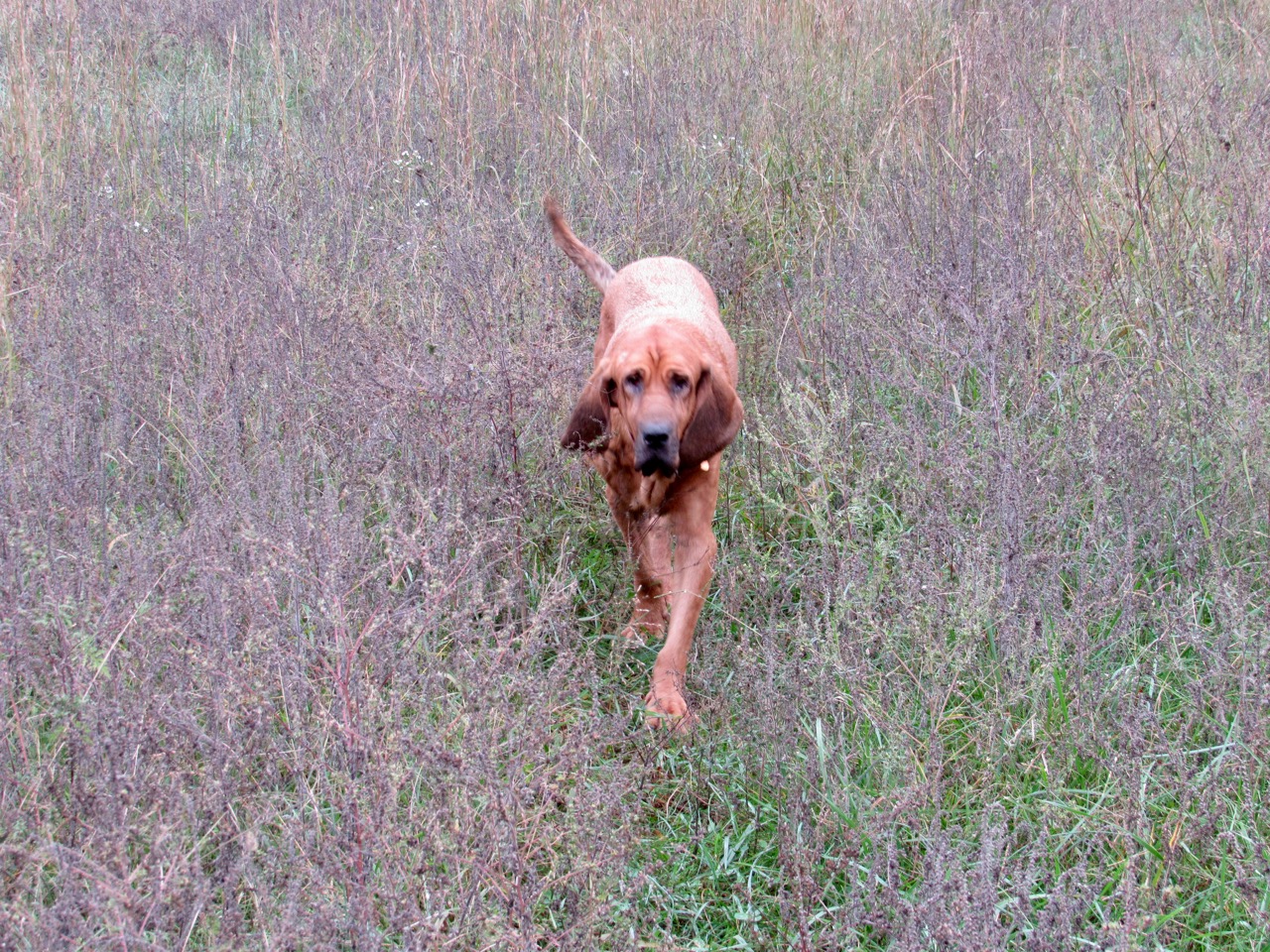 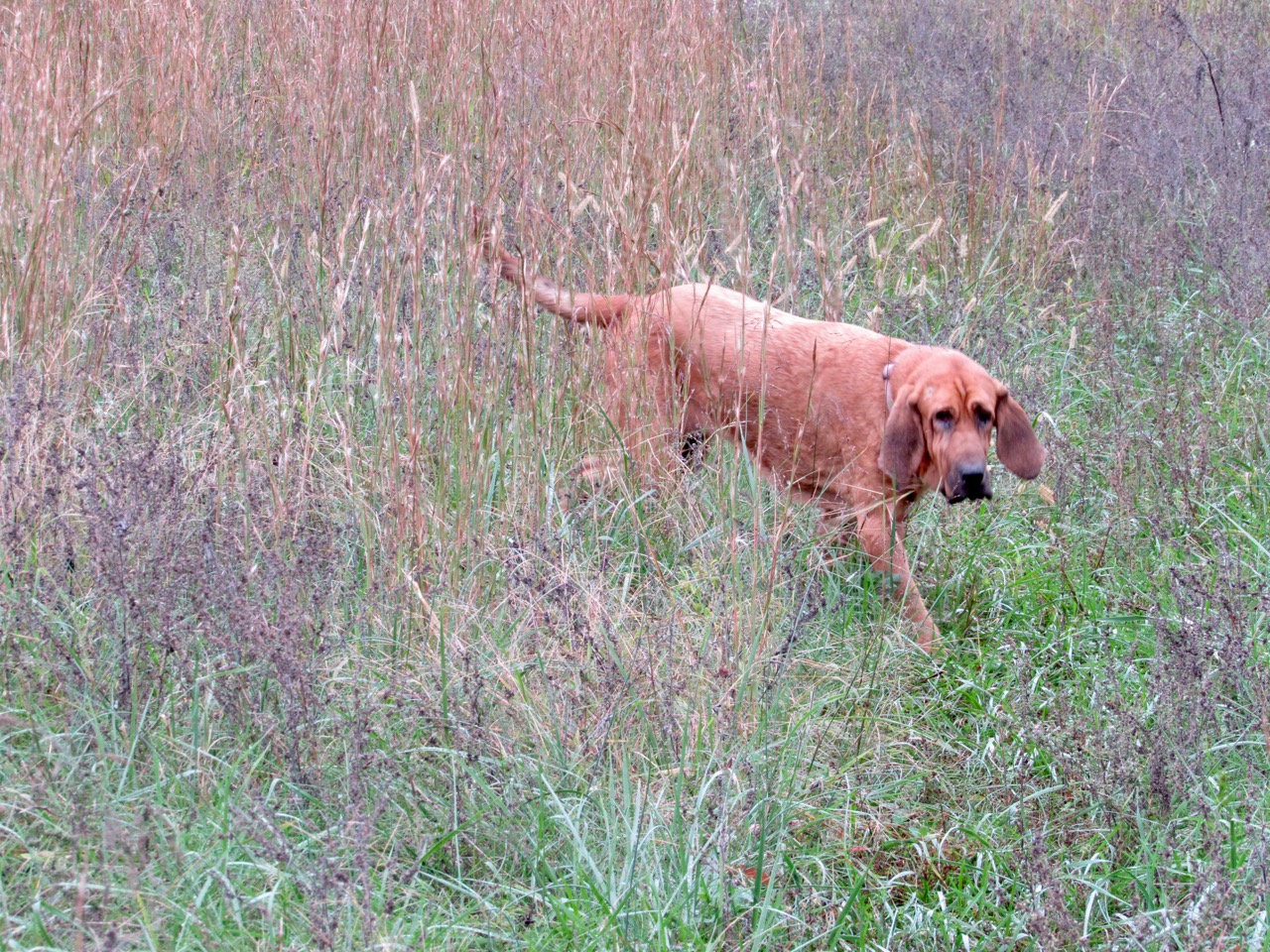 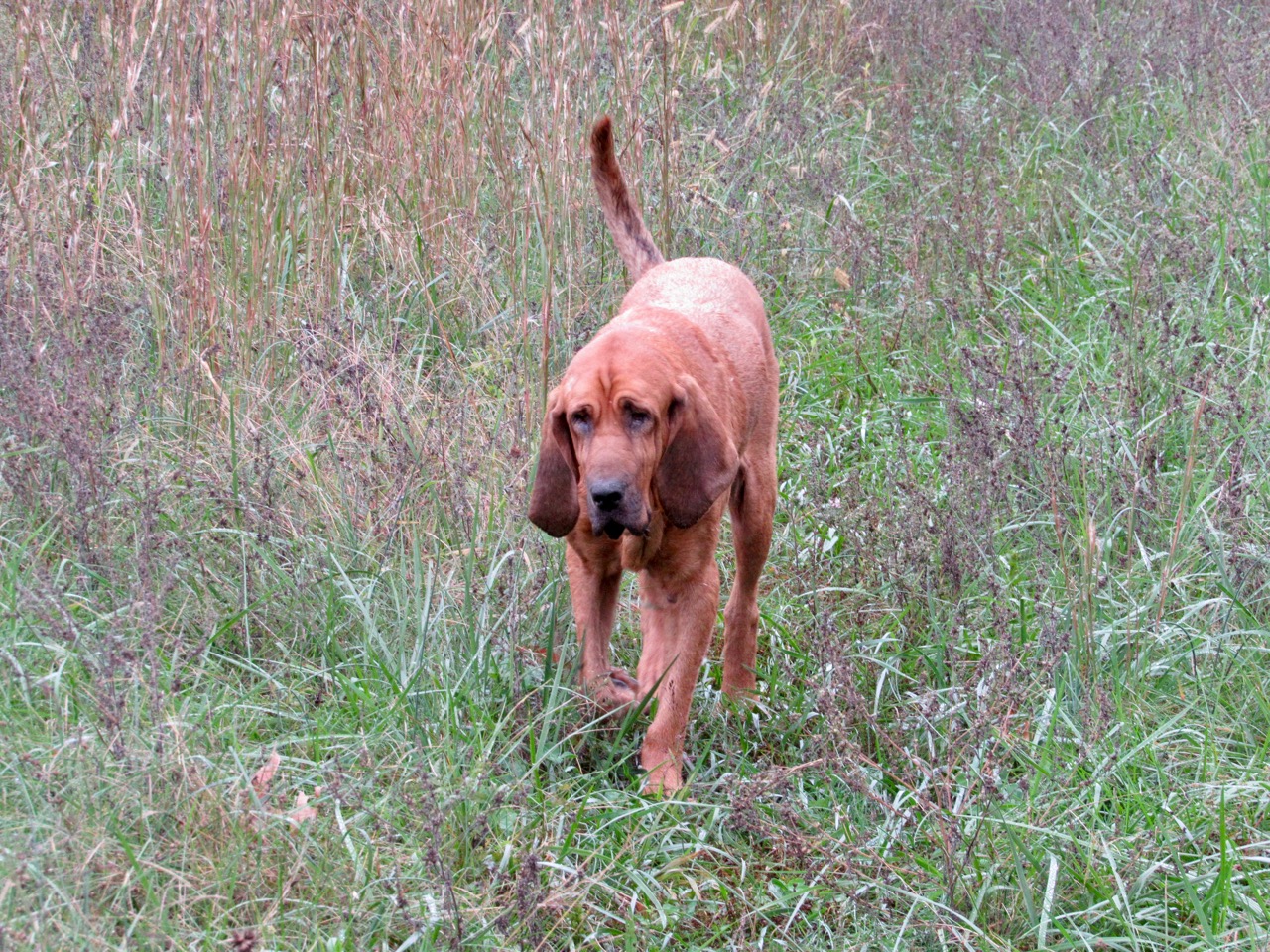 One thing I have noticed between the two cameras .. the Nikon D3200 and the Canon SX530 ... I am taking the same photos, holding the camera the same way and the Nikon D3200 would be 2°- 4° off in photos that had a house or a cell phone tower, maybe some trees in the photo.

That tells me that one day in 2017 when a strong wind picked up the chair the Nikon was sitting in and blew the chair/camera about 10' into the driveway, it did something to the Nikon camera. I was washing the FJ at the time and there were no signs of strong winds, until that sudden wind burst. 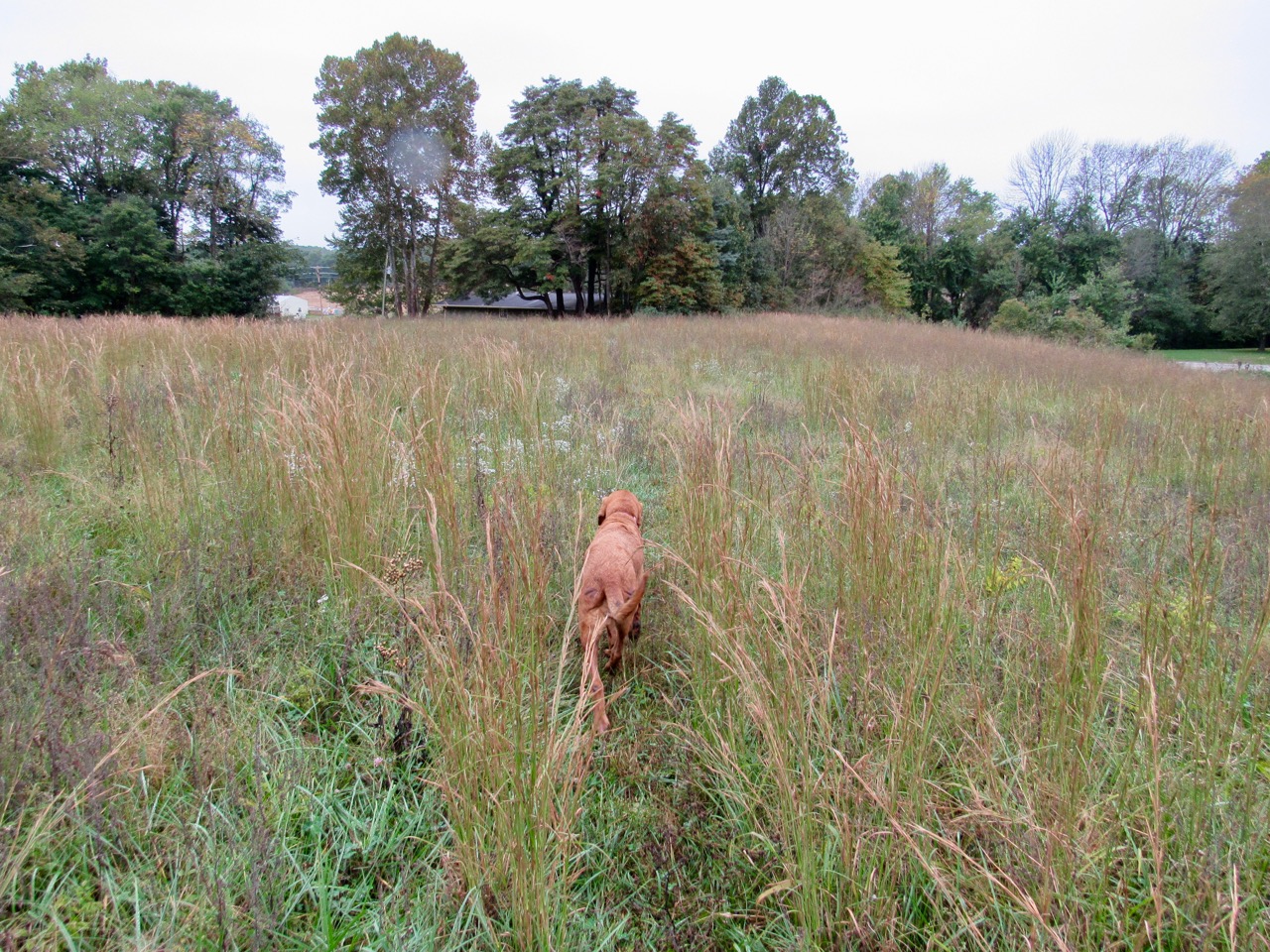 While I reminded Stella that we had a pretty tight schedule to keep to get to the vet on time, 12 miles away ... she continued to observe the area and walk as slow as possible. Her world moves on her time, no one else. 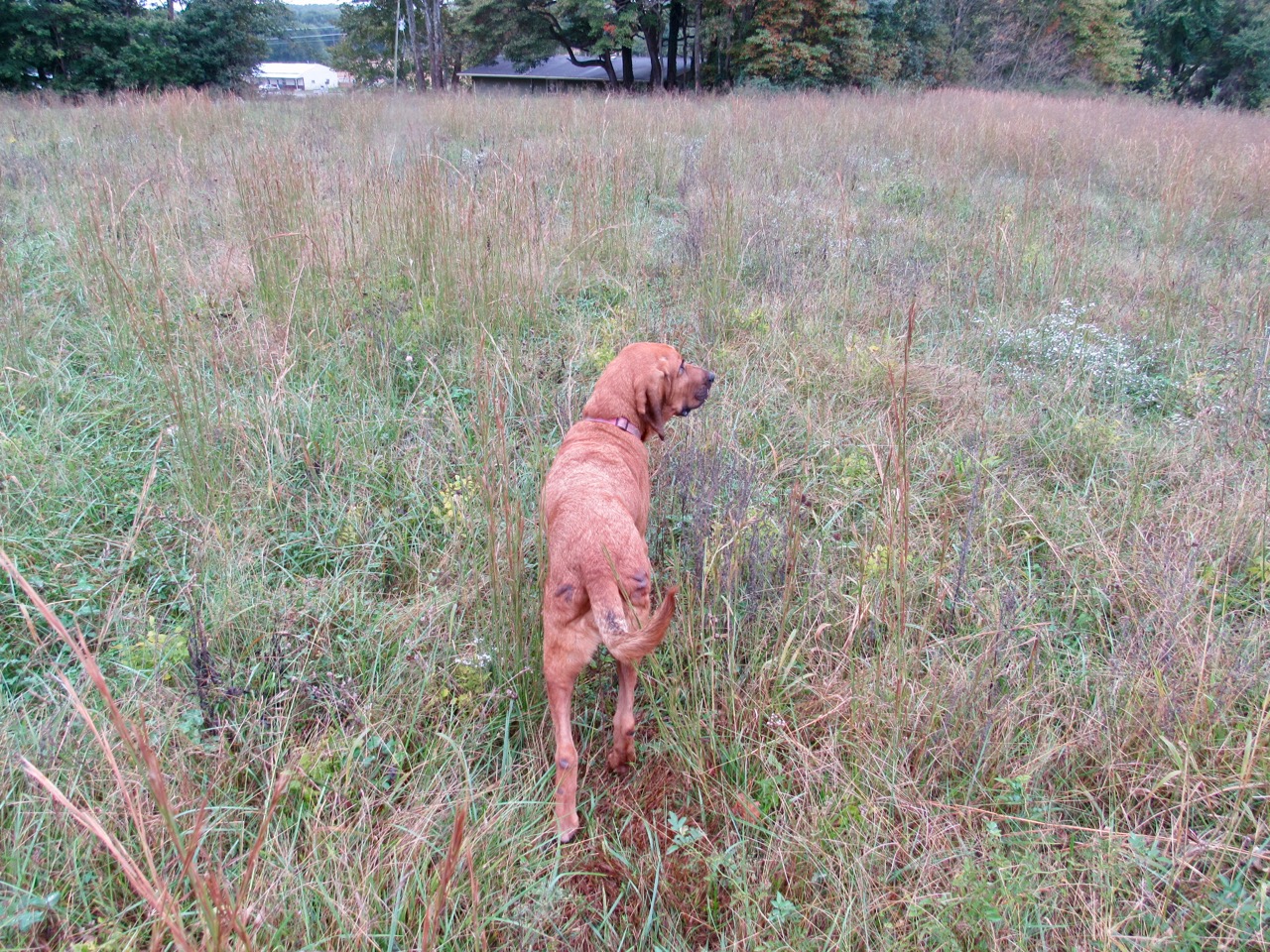 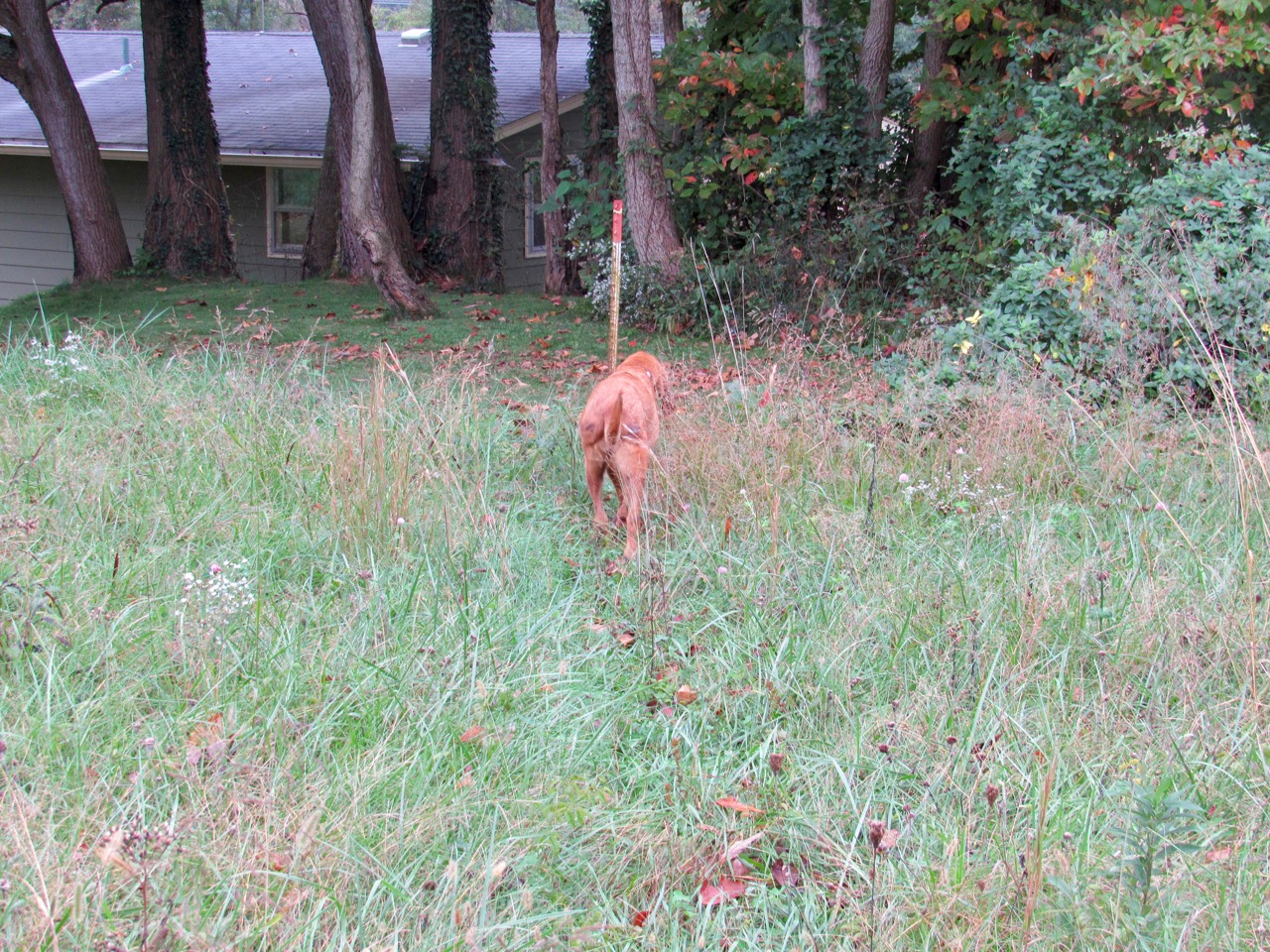 I am able to take better close up photos with the Canon SX530. 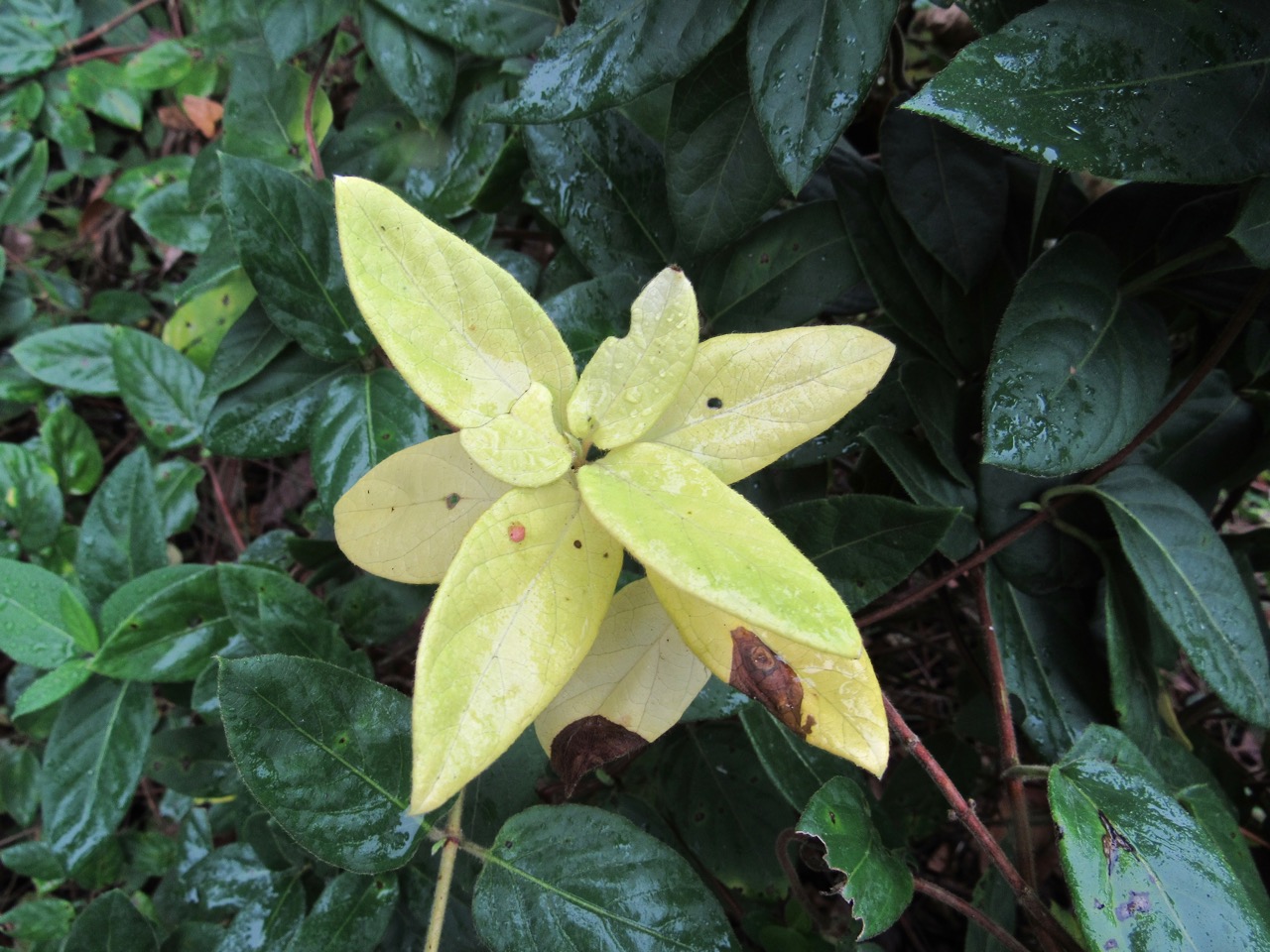 This is another time I wish I could find out what Stella is thinking. 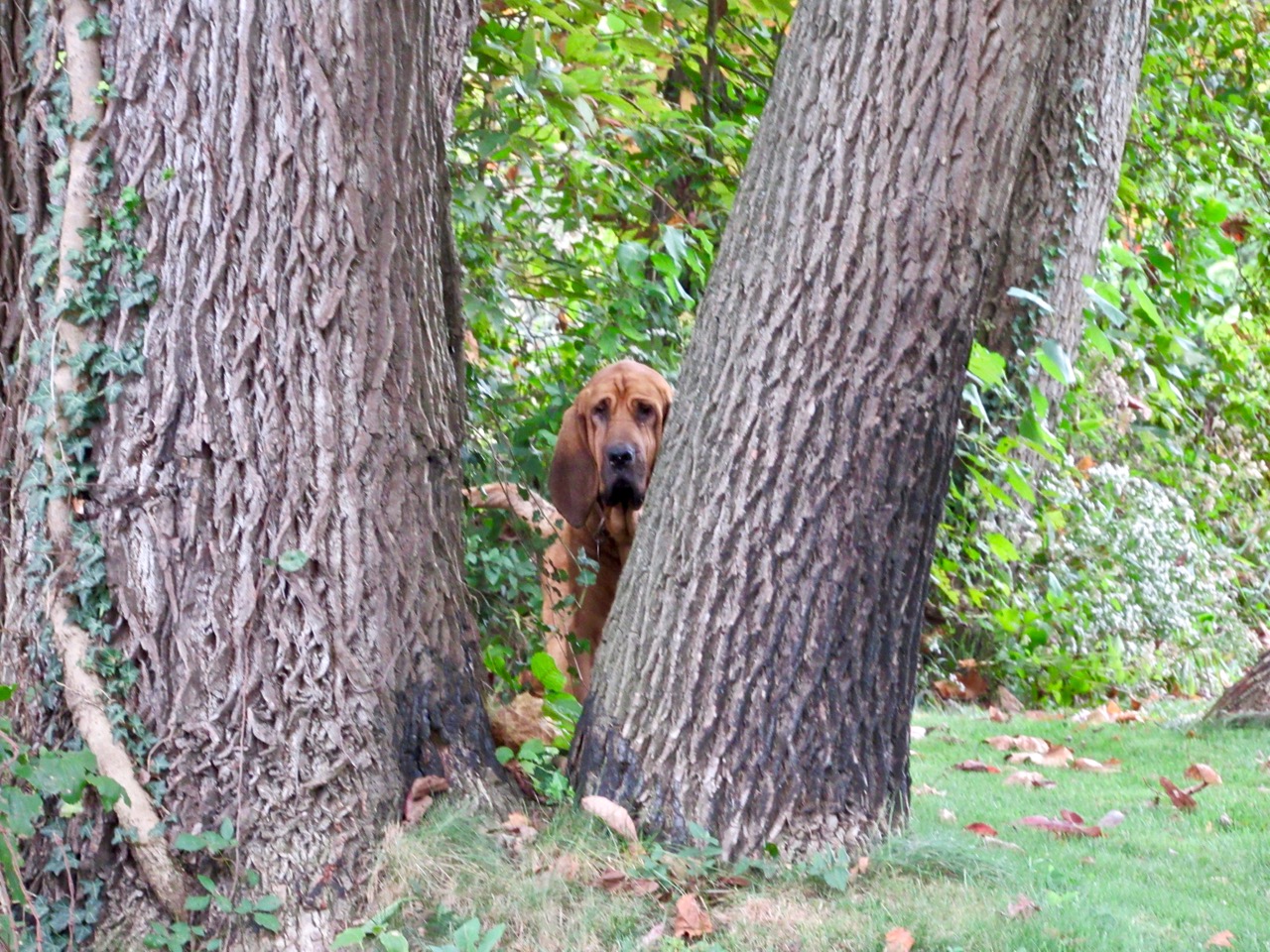 Finally it clicked in her brain that it was time to leave for the vet. She was excited to go somewhere. 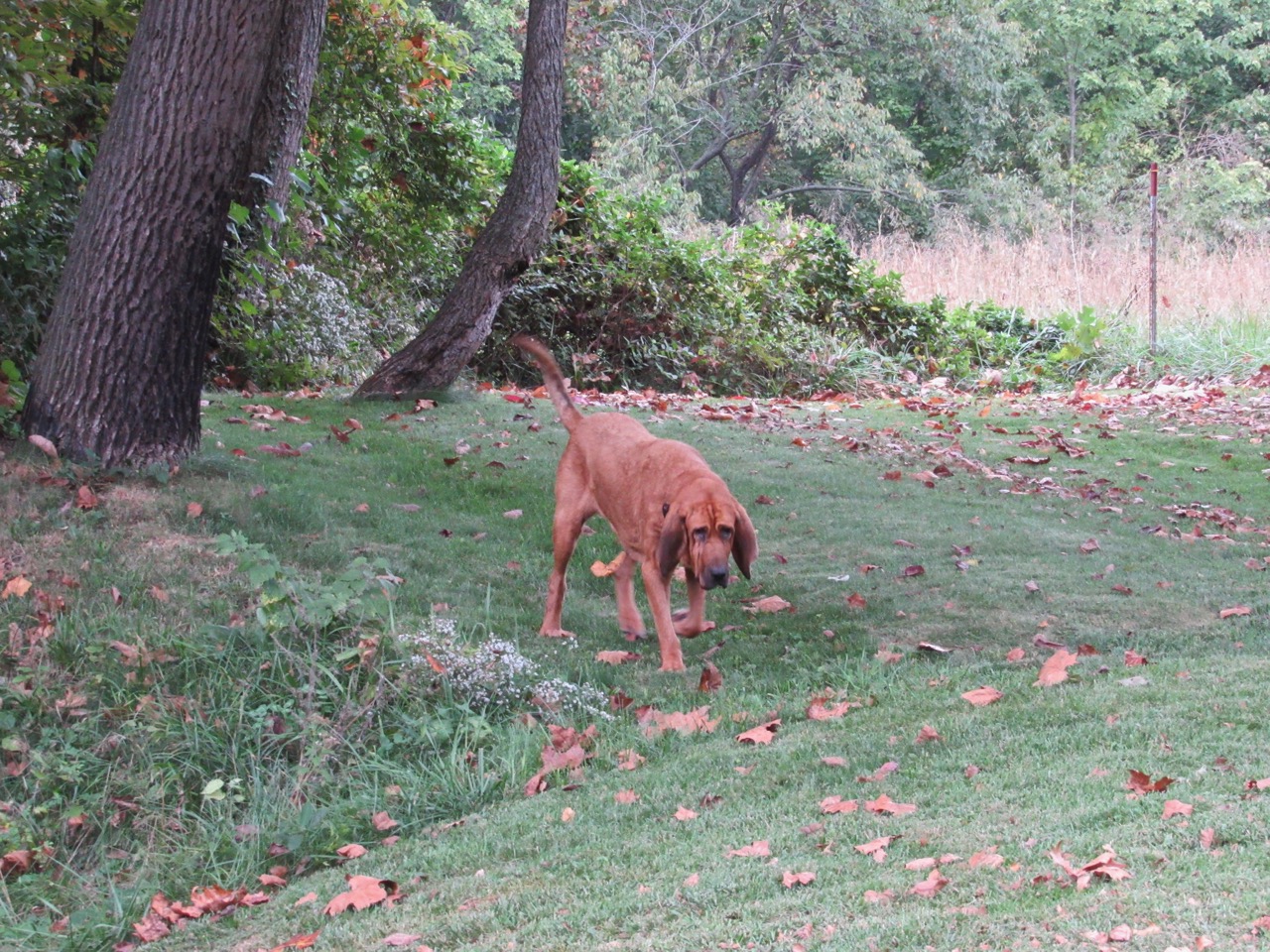 The vet removed the three staples on her inner left front leg. It had healed nice. The spot on her head above her right now healed quickly and is growing hair back. He thought her right eye was looking very good and I could stop the eye ointment I had been putting in her eye twice per day. He reminded me to keep her eyes clean as possible due the way a bloodhound and basset hound eyelid is designed opposite most dogs .. they fall outward. 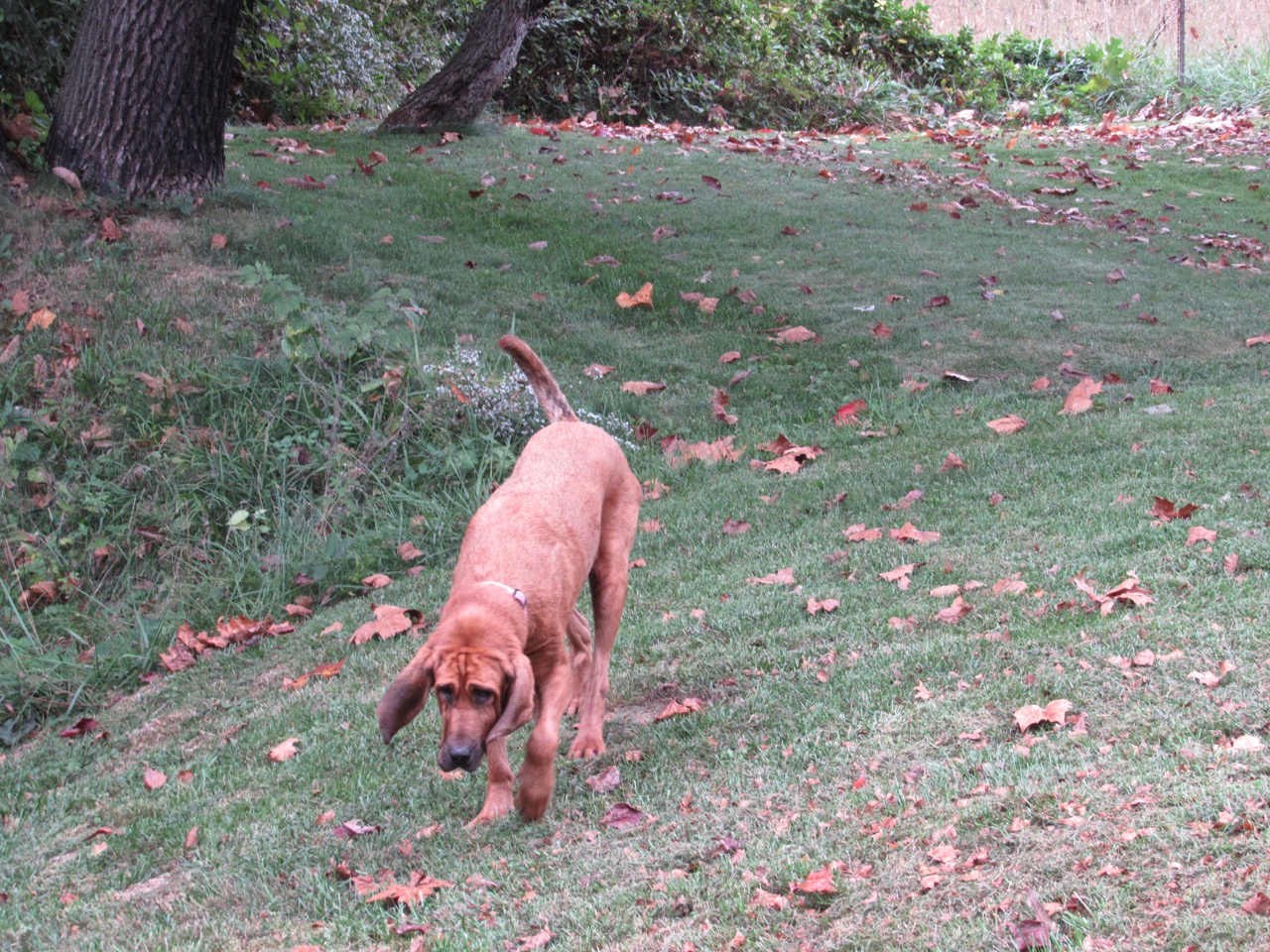 With the off and on light rain all day, it was a good day to read the books I brought home from the library. My 'to do' list is on hold until tomorrow when the rains are gone. Plus I played a lot of games of Mahjong, trying to get more games finished under 3 minutes. You can barely see the rain going at an angle from upper left to lower right. 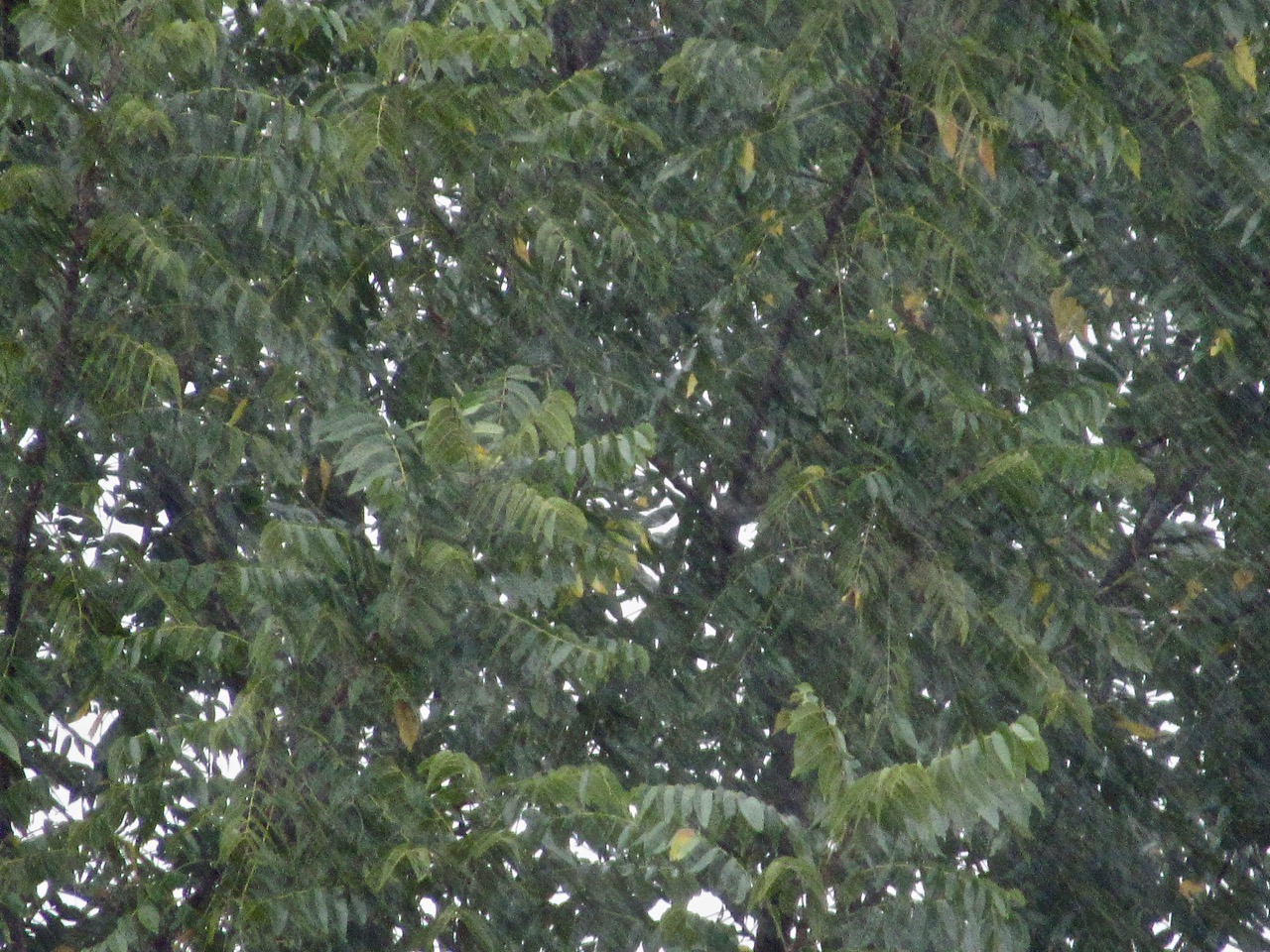 It is the only app I have ever bought ... 99 cents. (Mahjong Deluxe) That keeps all the advertising away. There are 4 levels with 40 games per section. One of the best time wasters I have ever found. 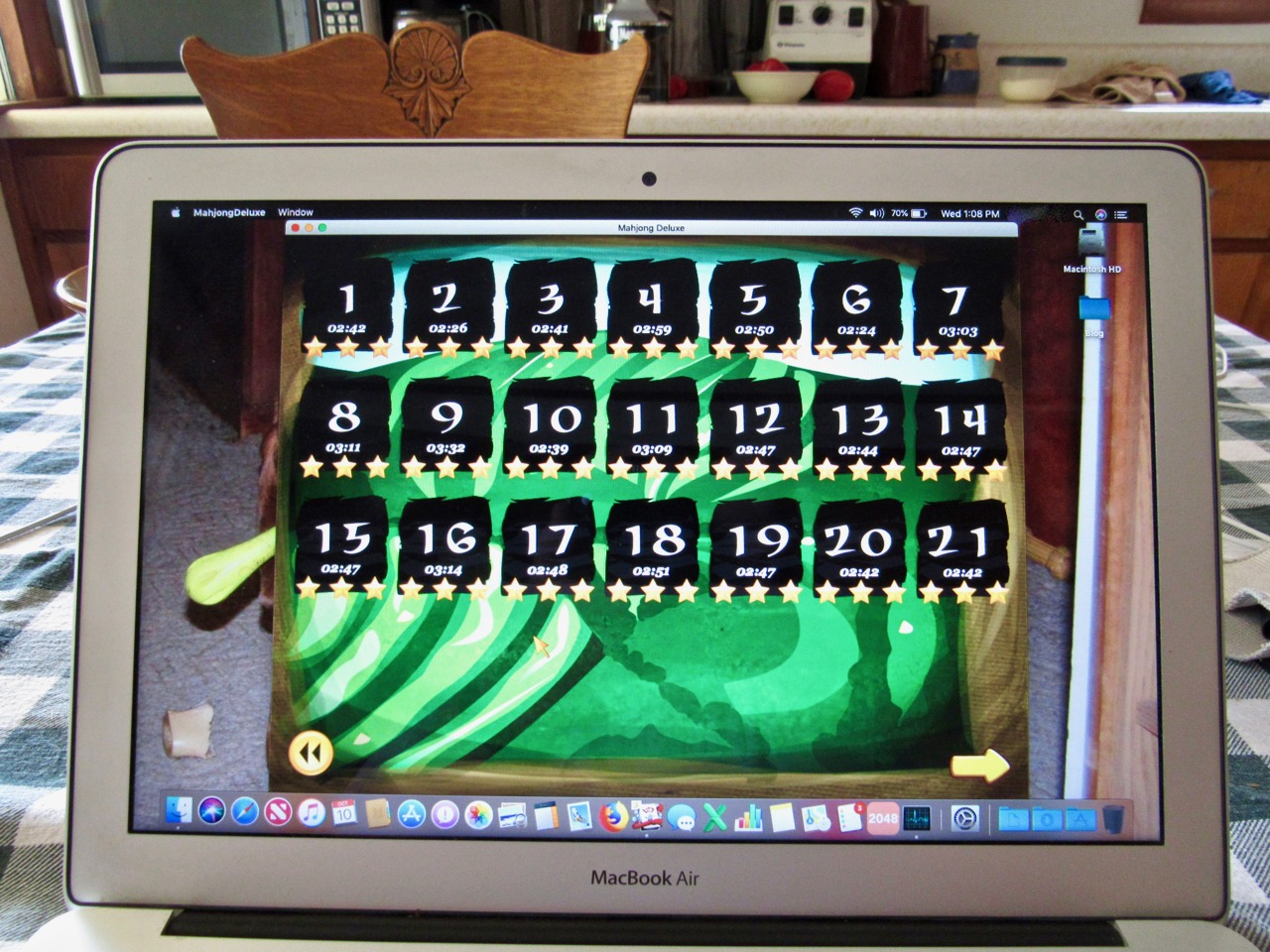 While Heidi refused to come out for photos ... Stella found it pretty easy to stretch out and sleep the afternoon away. 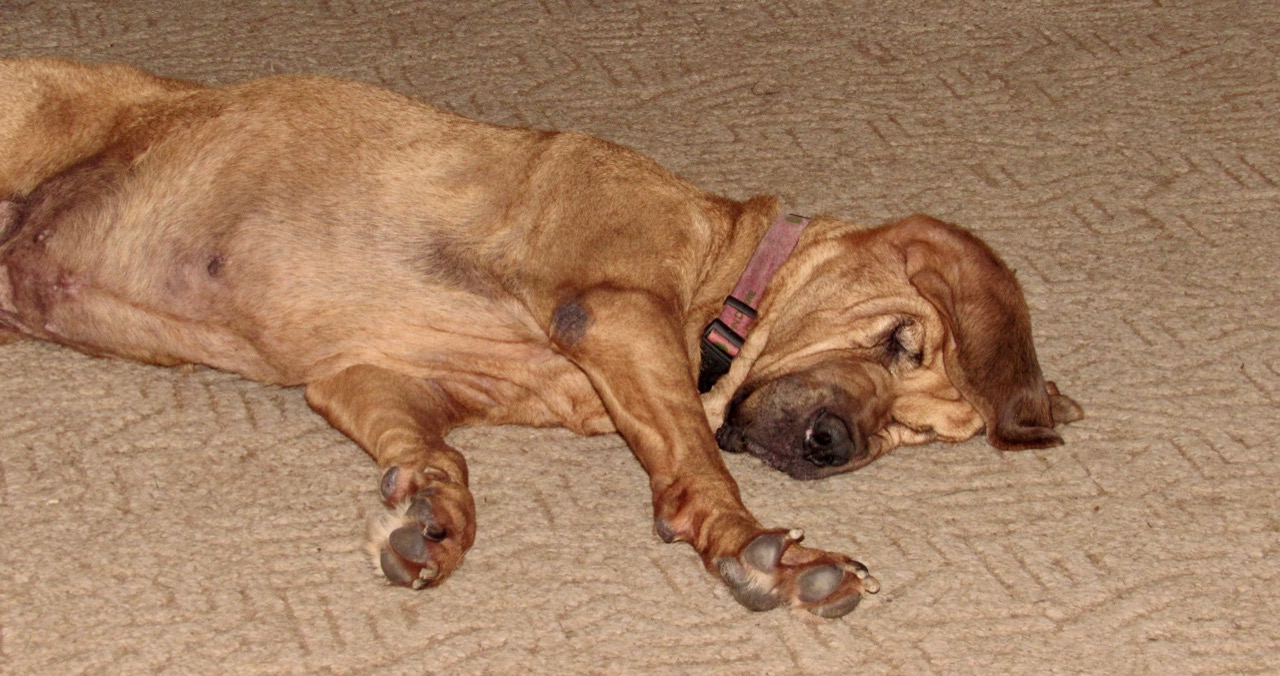 Another great day in 'the tropics' of Southern Indiana.
By Steve at 2:30 PM