It Was Only Snow Hoopla 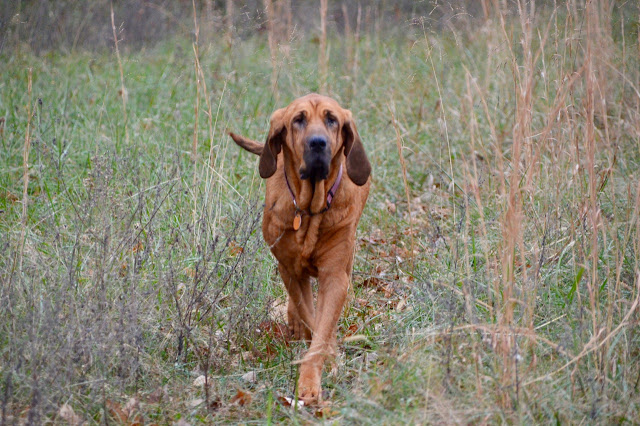 What started this state wide panic last night was the 6pm local tv weatherman showing a large radar screen on the tv, justifying why we, here in 'the tropics' would be getting our first snow of the winter sometime around 1am. This wasn't going to be like the dusting a few days ago. No, a whopping 1-2" of snow on my doorstep and much more further north.

Over the 20+ years I've lived here I had heard this story before and I can't say I was real confident it would happen. By 1am there were no snow flakes, just rain. By 2am I thought I heard a snow plow go by and I could tell by their front blade hitting those highway seams every 10' ... sounds that you hear with a CLEAR highway. 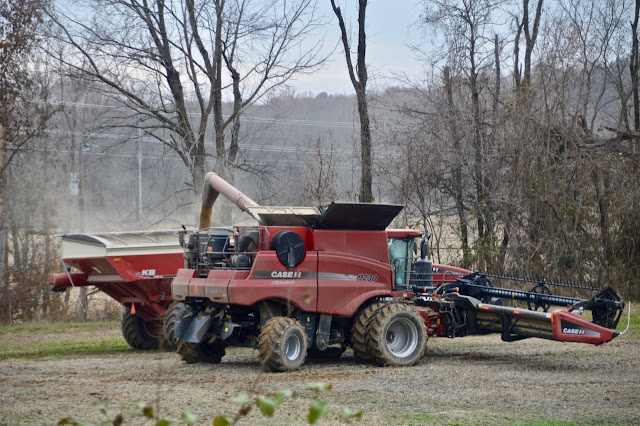 I took these next three photos from my kitchen table though my large window yesterday afternoon, the best view in the house. Their second truck had not shown up yet so they were filling this smaller wagon because the combine was full to capacity with soy beans. The temps were dropping fast and it certainly had a feel of snow was in the air, if you know what I mean. I guess I use that 200mm setting more than I think I do. 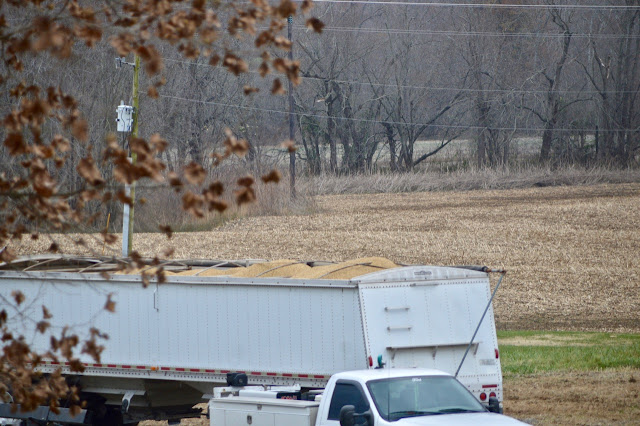 Later after the second truck showed up, they transferred the beans from that wagon to the trailer. I am sure by the time they finished their dinner last night they were happy to get those beans out of the field before the big snow arrived. I was still a little suspicious because when I was channel surfing I was not seeing any banners at the bottom of the local tv channels saying there would be school delays due to snow and icy roads in the morning. 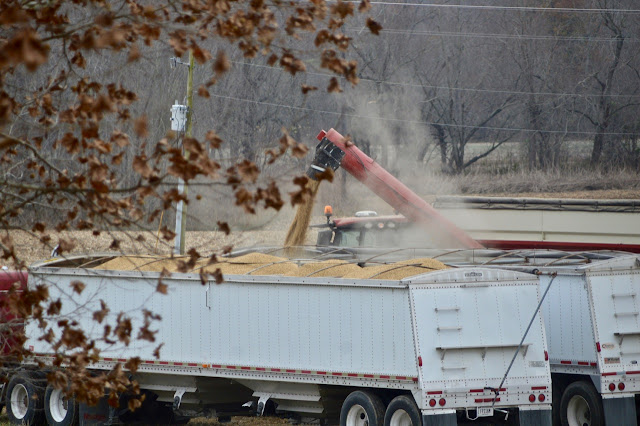 By the time they were finished it looked like a freshly mowed yard. That part of the field is a very small portion and is the south end of it. The field turns right and goes almost a half mile behind all of the houses across the highway from me. Stella was happy to get started on her walk this morning. It's pretty obvious that she likes her morning walk at 8am. Since she does not go out in the field to relieve herself after a night of sleep like Heidi does, she really has to go out side by 8am and will start whining if I am not in my jacket, gloves and sock hat. No, while I am pouring the breakfast kibble she stands outside by the door looking inside, waiting for me to let her and Heidi back inside the house to eat. So she is really waking me up to eat not because she has to go outside.  LOL 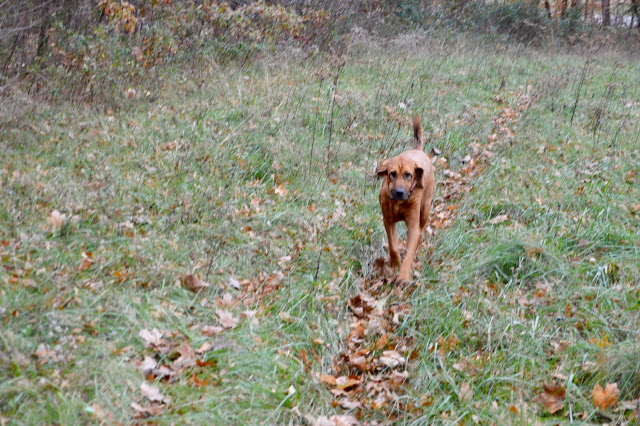 She veered off the path on occasion but not much. 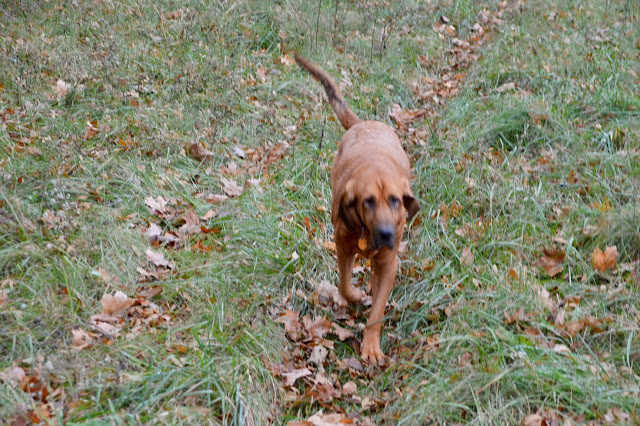 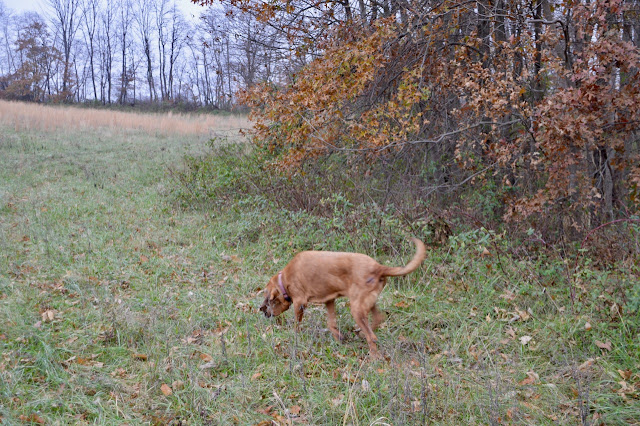 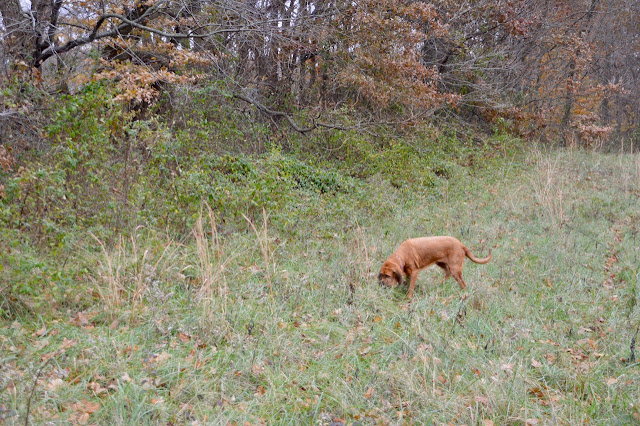 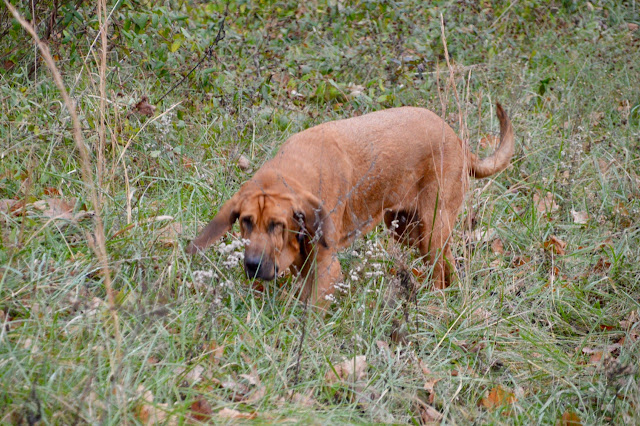 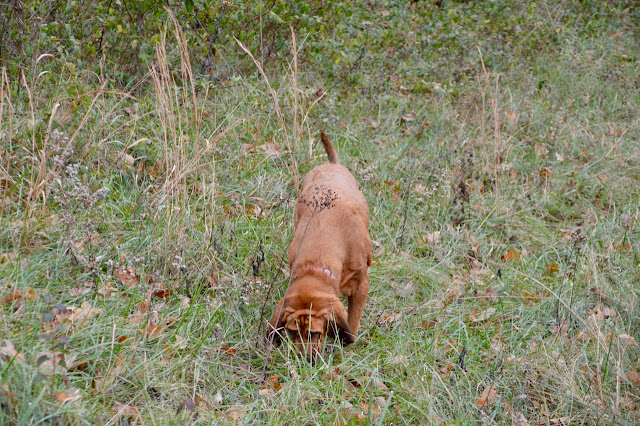 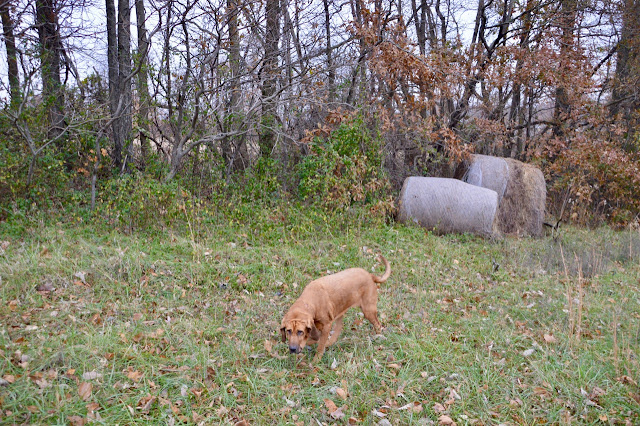 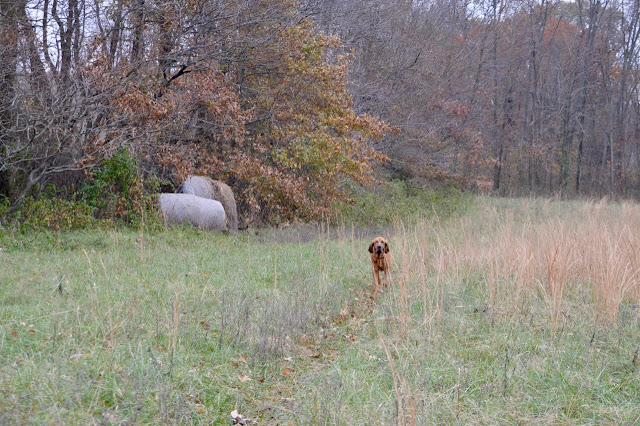 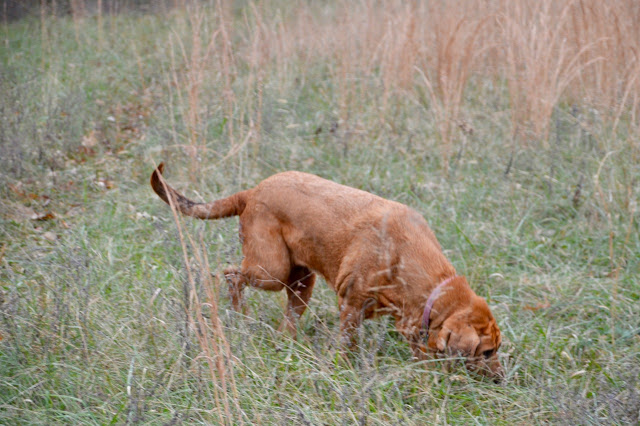 Just a leisurely stroll on a cold crisp morning and no plans for the day. 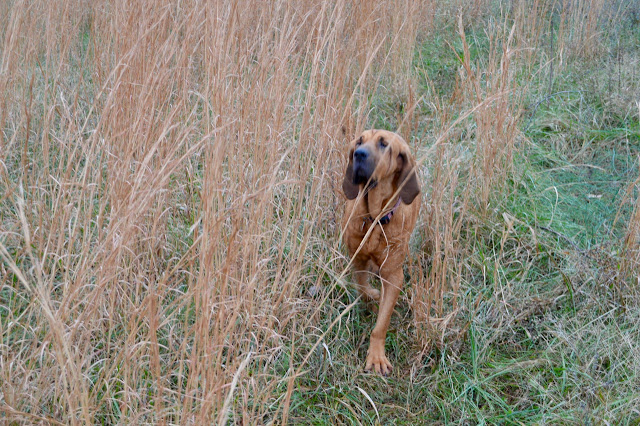 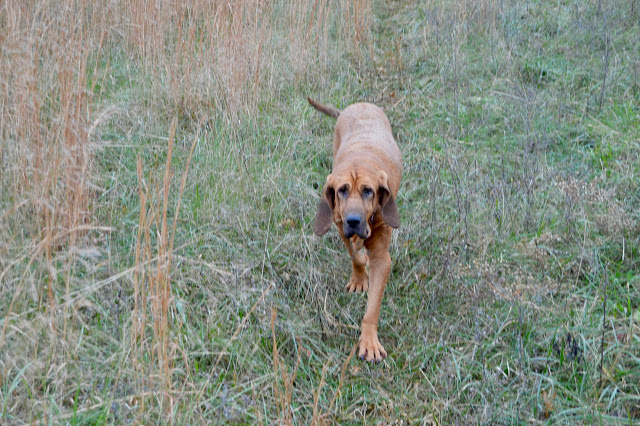 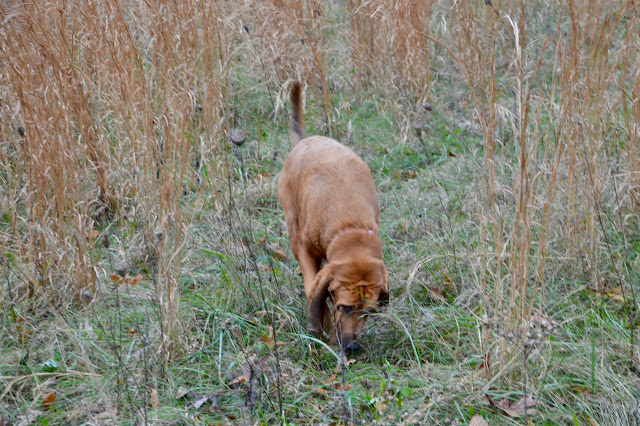 We took what I call 'the old way' home, meaning we went left at the Y intersection, on a path that runs parallel to the one we start on. It was strange that she did not head off to the north part of the yard where we normally return but angled her walk across the field to the path where we started. I can't remember the last time she did that. 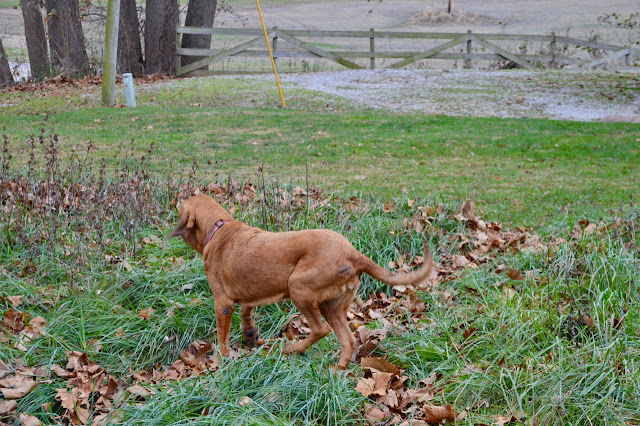 With her getting her walk 7 minutes after we woke up, I had not had coffee yet. I was also scrapping the bottom of the dog food container pouring out their breakfast so I needed to buy some dog food.  So I made a change in plans by going to town to pick up a bag of dog food BEFORE my first cup of coffee for the day. It was 8:44am before I poured my first hot cup of Seattle's Best Coffee #6 ... nice and strong.

With little use of my vintage baseboard electric heat, my house was still staying at 66° all night and today, with the outdoor temps not getting above 30° by the time the hounds took their after lunch trip outside. It didn't feel that cold, there wasn't any wind but Heidi never got off the carport and Stella never left the driveway. 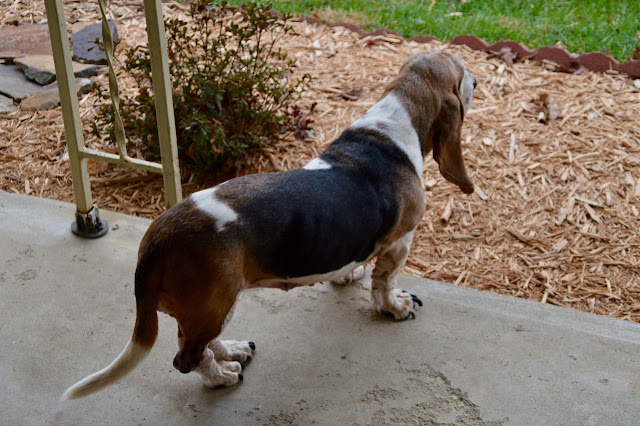 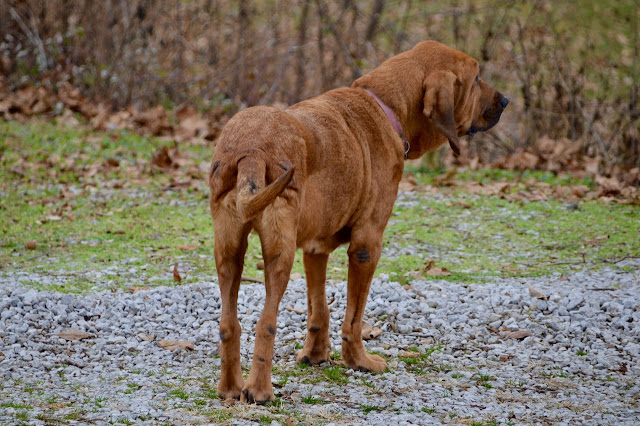 Instead of heading to the yard to dump tanks, Heidi turned around and headed for the door to go back inside. She had seen and felt enough. With a full body shake and continuous loud barking, I figured out real quick she wanted back inside. 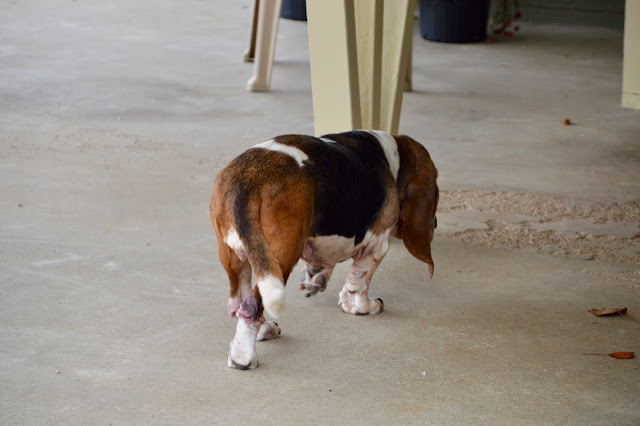 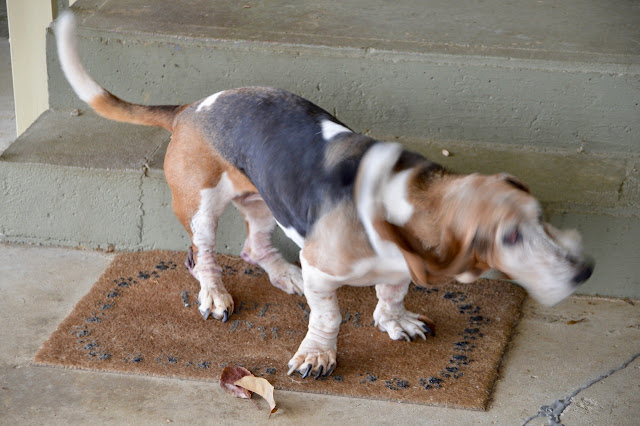 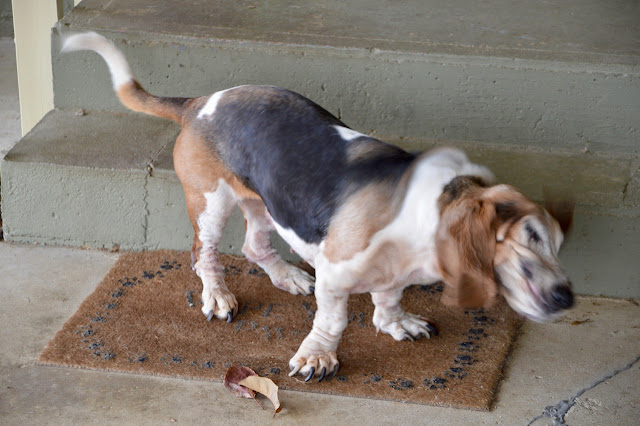 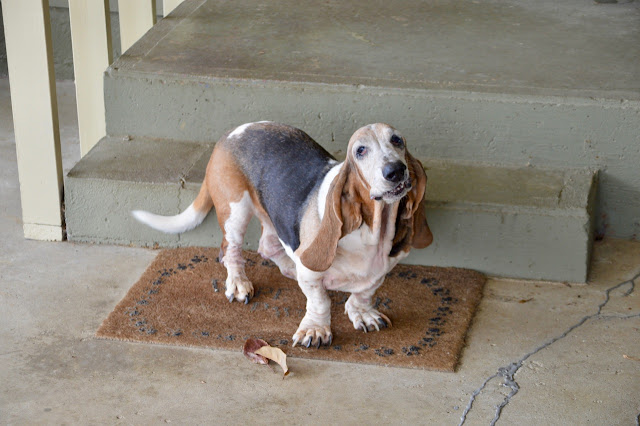 Stella assumed with the quick exit, there might be a 2nd serving of lunch and she wasn't going to miss that. She was wrong about that, but made a thorough check around both dog food bowls and the dog food container just to see if a piece or two of kibble was laying around somewhere. 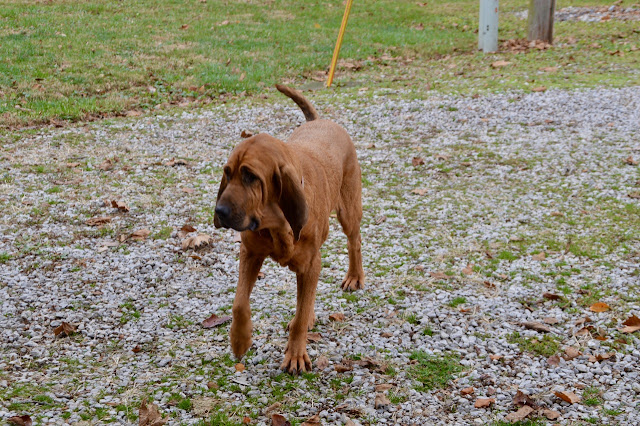 I headed to the library to return one book then picked up two more new books. I've always liked the books written by Yuval Noah Harari. If you are interested I'd start with his first book called 'Sapiens'. That will shed a new light on current problem with the weather and you will see this climate change stuff isn't something new. His latest book is called 21 Lessons for the 21st Century. It should be interesting.

I am not a NASCAR fan but the new book by Dale Earnhardt Jr looked interesting. He details his career at the end while dealing with concussions. You never picture those drivers suffering injuries on Sundays, struggling through the week, then recovering just in time to race again that weekend. You see the races and the interviews but never what they might be going through away from the track.

With both hounds in their afternoon routines of sleeping, starting both of those books was easy to do in a quiet house ... that is until Stella woke up, started whining for her afternoon walk a little past 1pm. Of course any time they smell my food or their dog bones they will wake right up and sprint to the kitchen. I should have never shared that first piece of pizza crust the hounds many years ago.

As usual there is not a lot going on but enough to keep us three active every day.

It's been a nice day here in 'the tropics' of Southern Indiana.
By Steve at 11:02 AM