Stella Thinks It's Too Cold 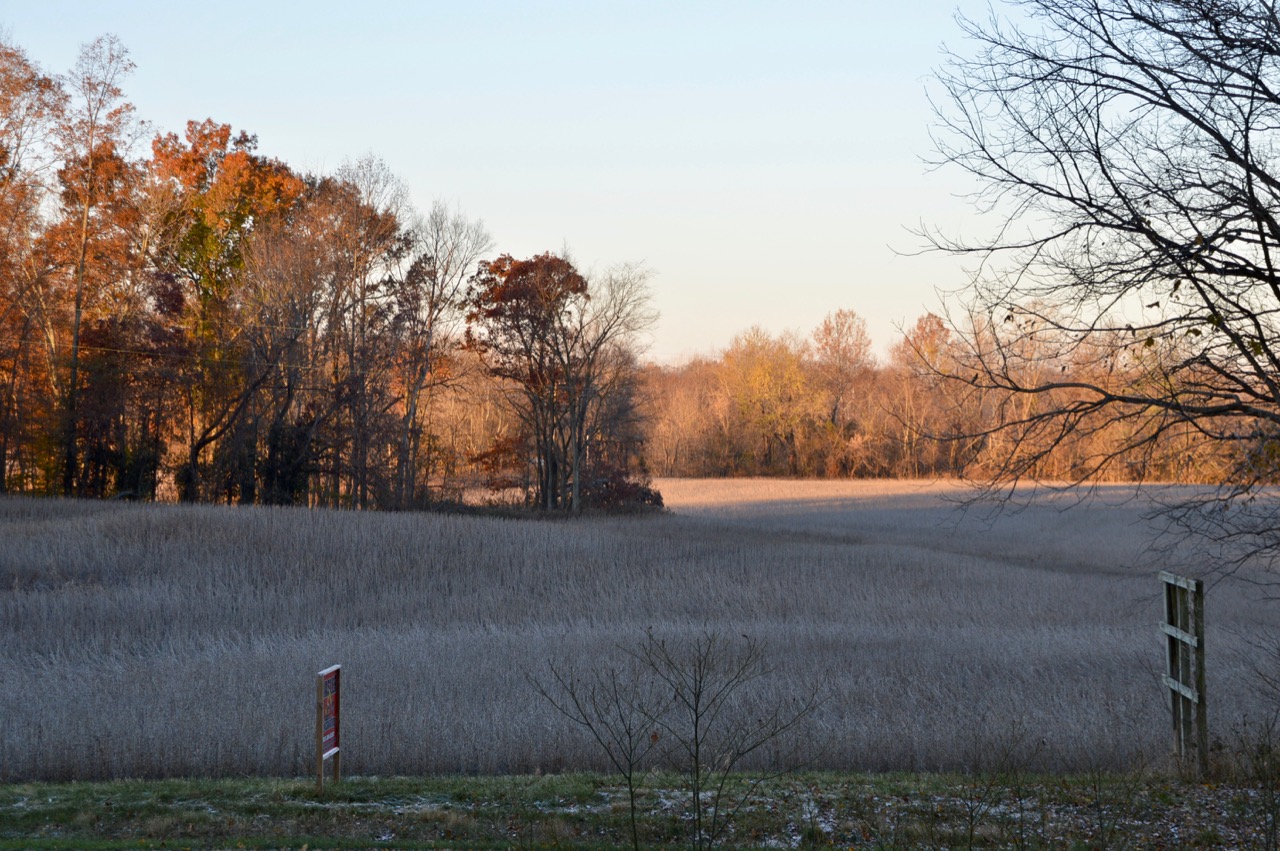 After a solid night of sleep I was unaware what was taking place outside last night. I knew the temps were suppose to dip into the teens but with bright and sunny skies predicted for Saturday, it wasn't a big deal. This morning I wondered at the time if what I was seeing through my camera viewfinder was my eyes or something else ... there was scattered white stuff in that grass. Heavy frost ???

I could tell near the house it was more than just frost, it looked like very very small amounts of snow. November 10 ??? 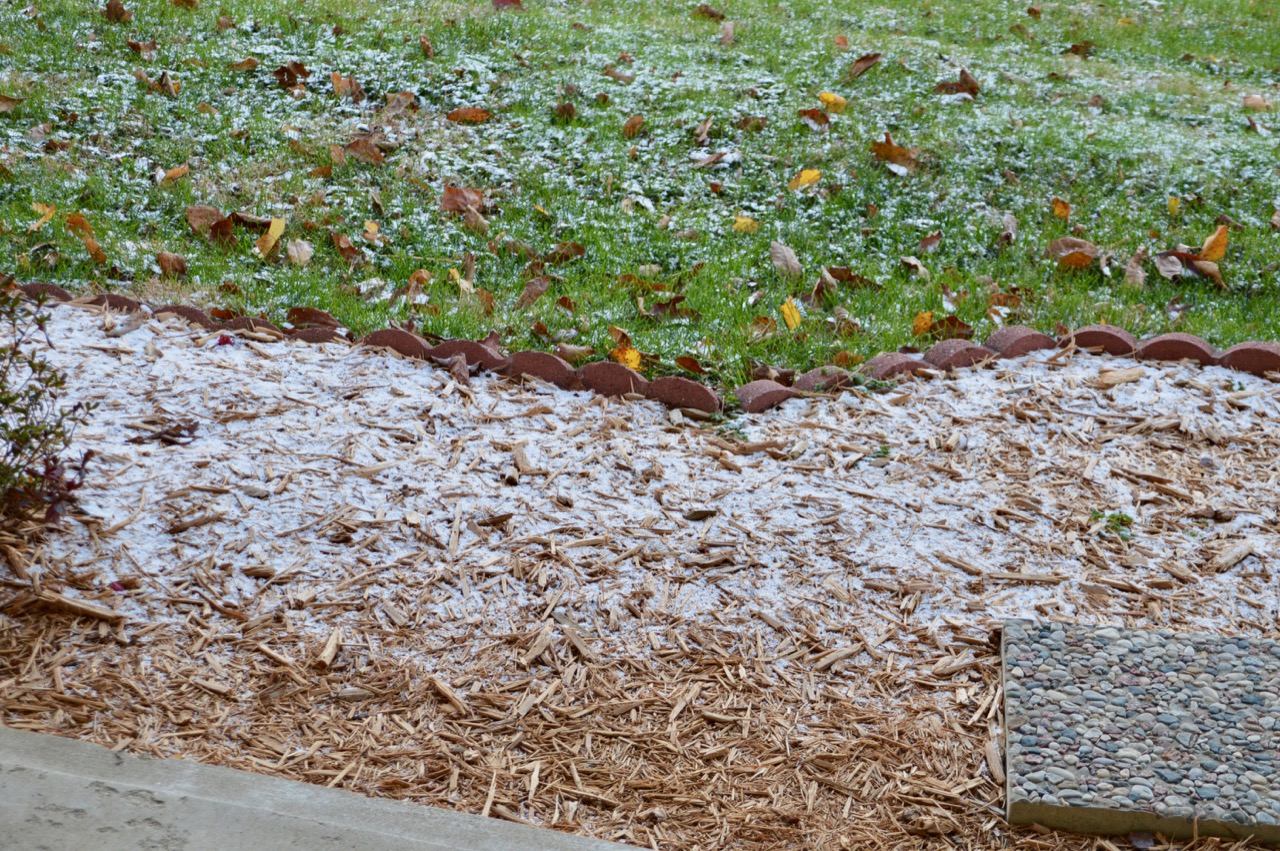 Is there enough white stuff in these and other photos in this post, for me to officially declare we have our first snow of the winter ?? Whatever I declared official did not matter until later in the walk for Stella. I was making sure this morning I could get in the backyard before she walked into those burrs again. I was successful but she was within a couple of steps from me yelling "No". 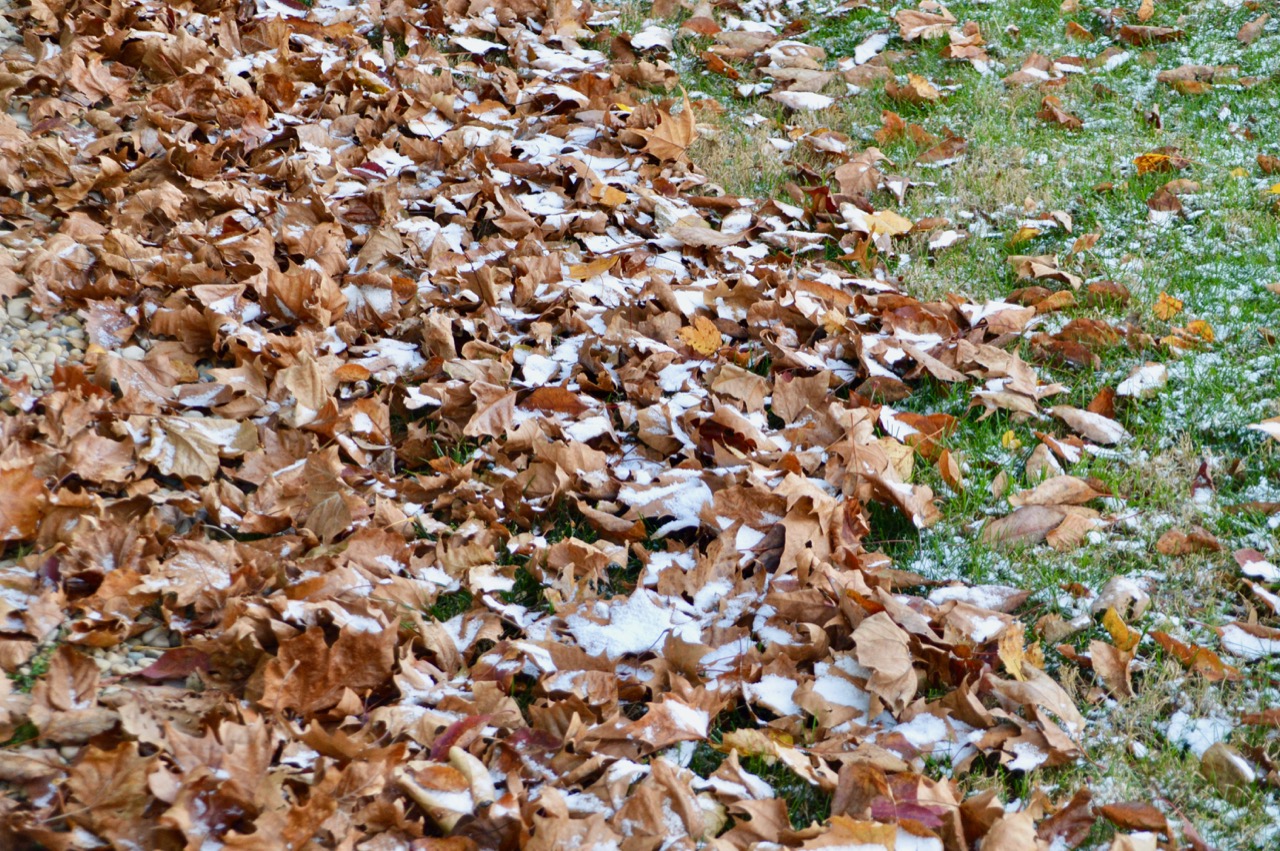 Needless to say, the air was just a little crisp to start the walk, a few minutes before 8am. 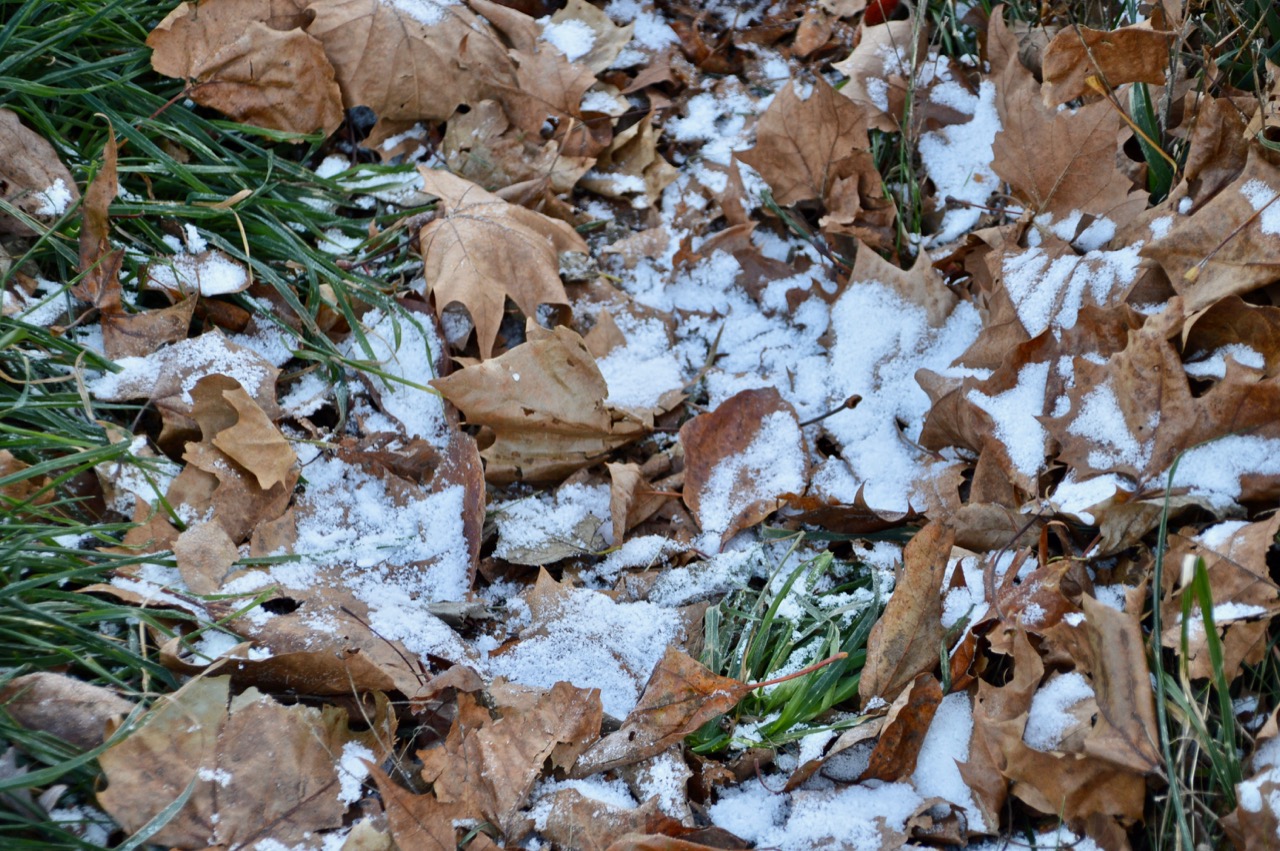 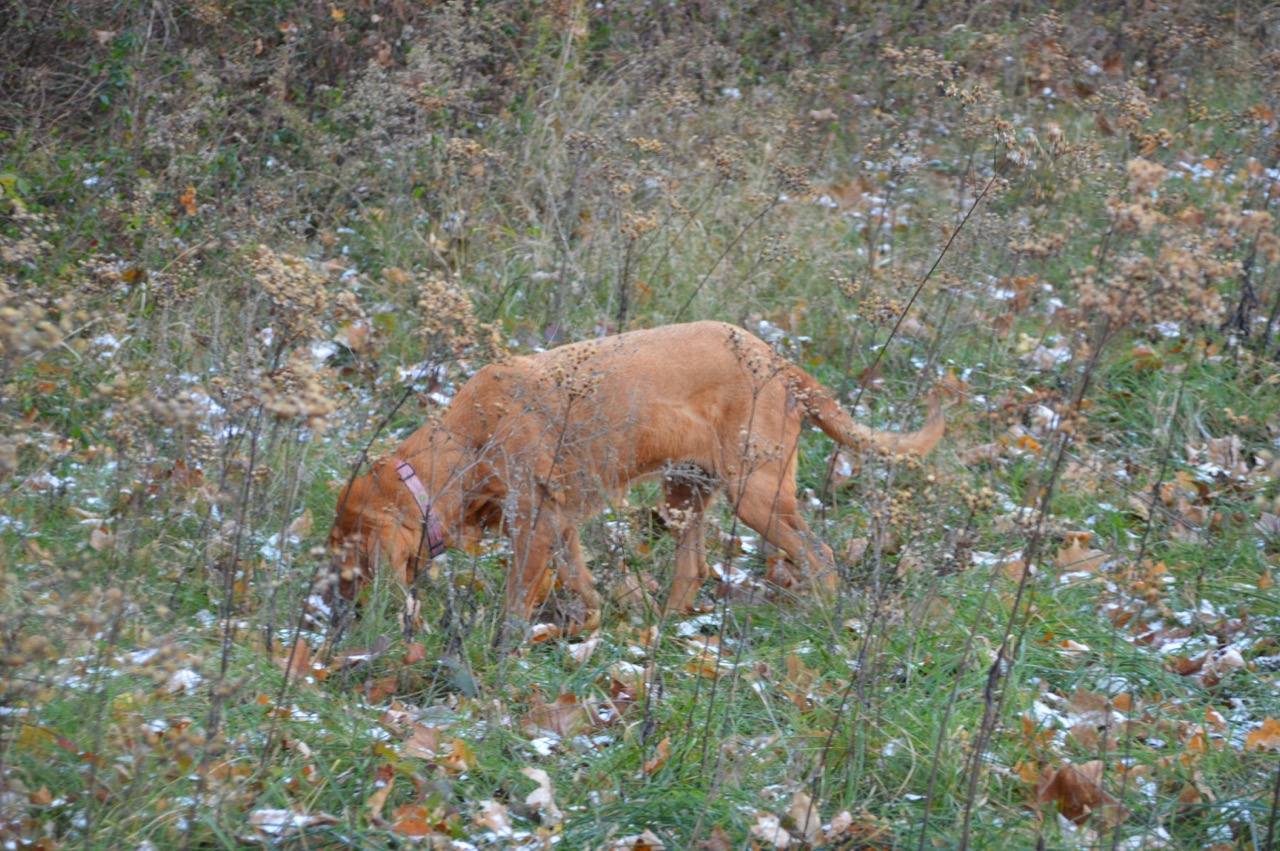 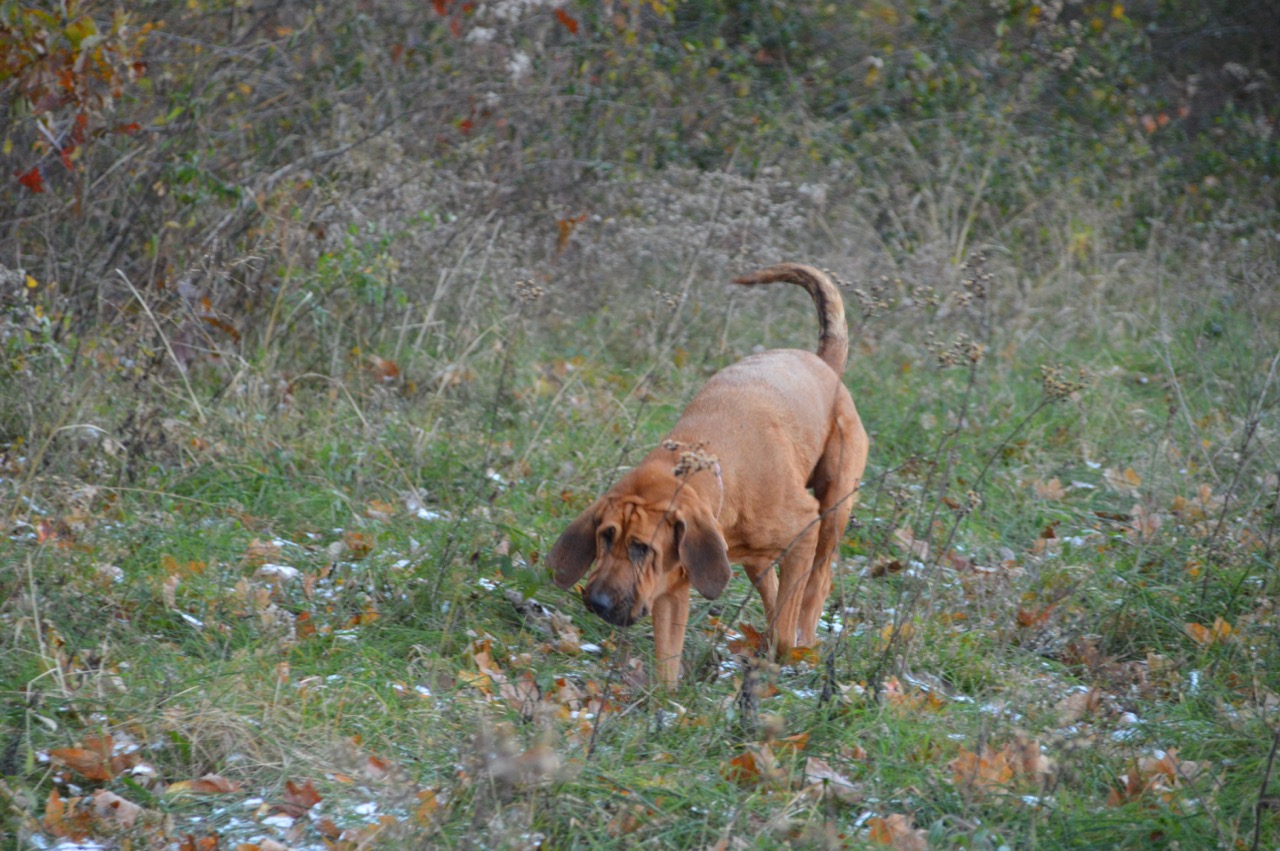 With the light dusting of white stuff, those narrow paths made by deer traffic (me guessing) was showing up much easier today. 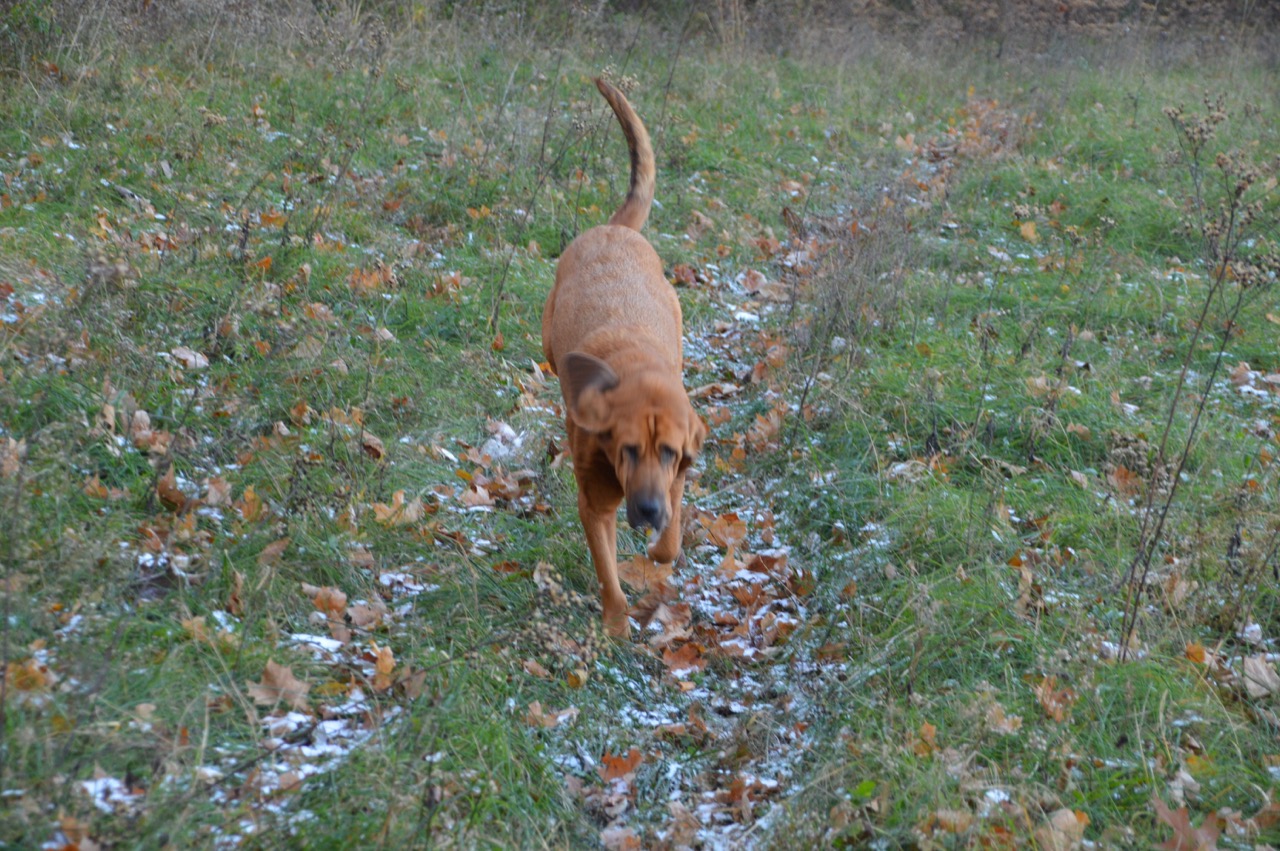 All the cold temps, the dead leaves, and here stands some bright yellow. It looks like it is not ready to give up on a Fall season nor wanting to say goodbye to Summer. 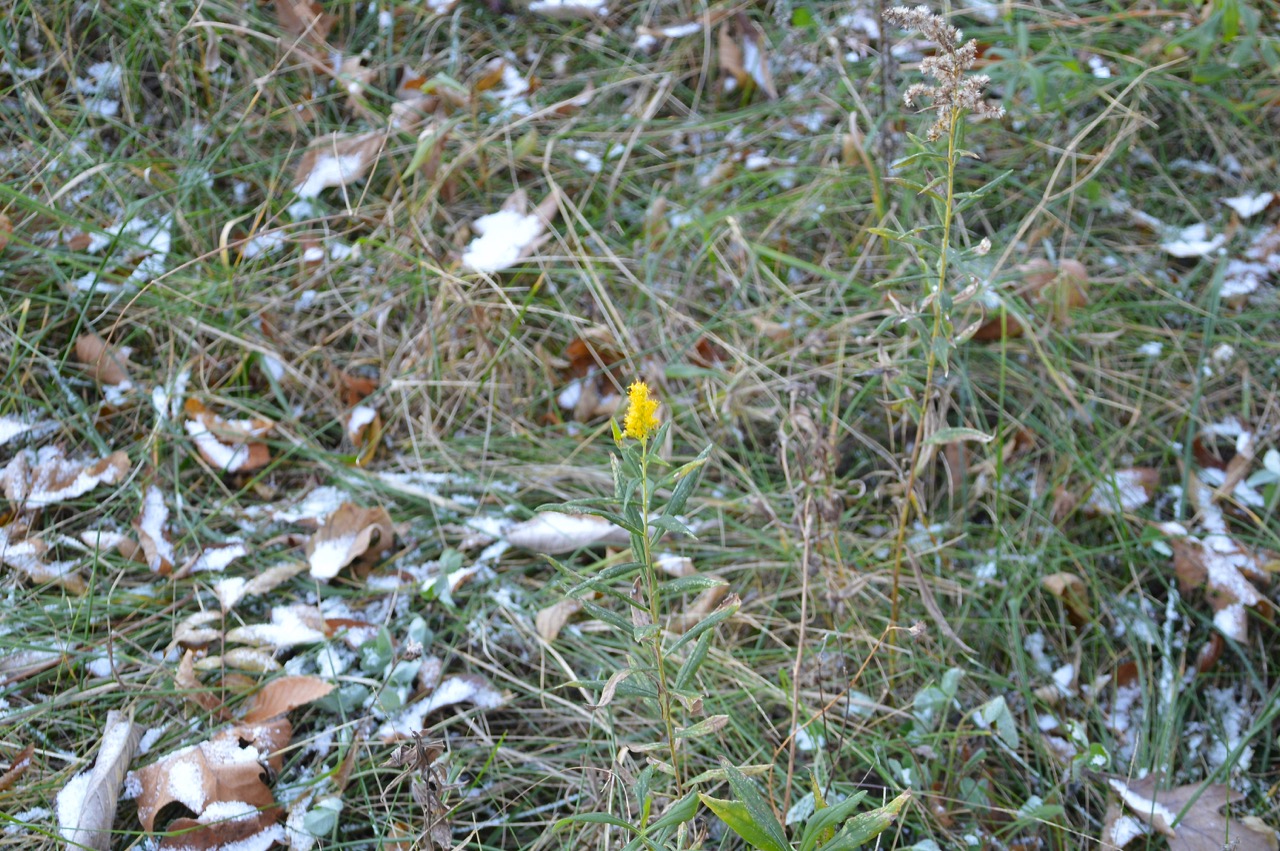 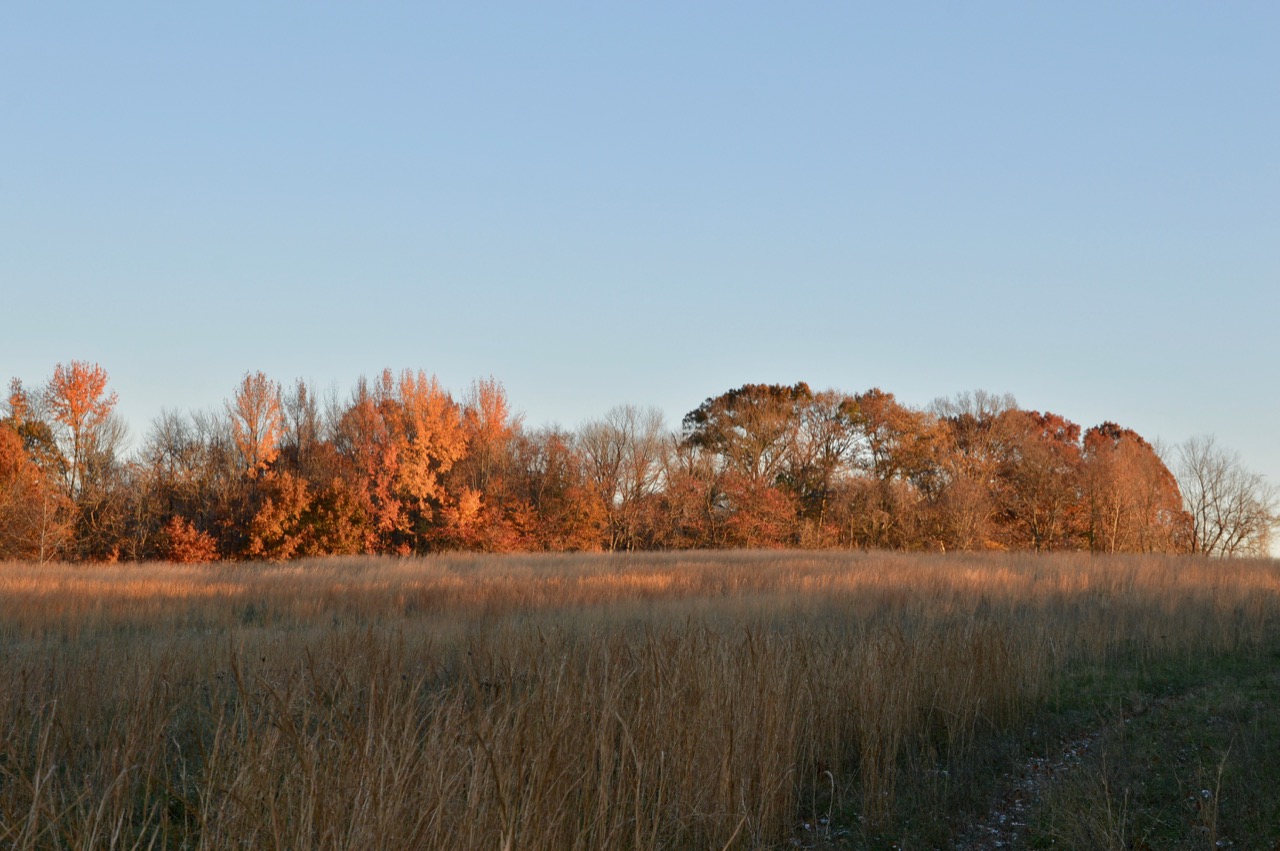 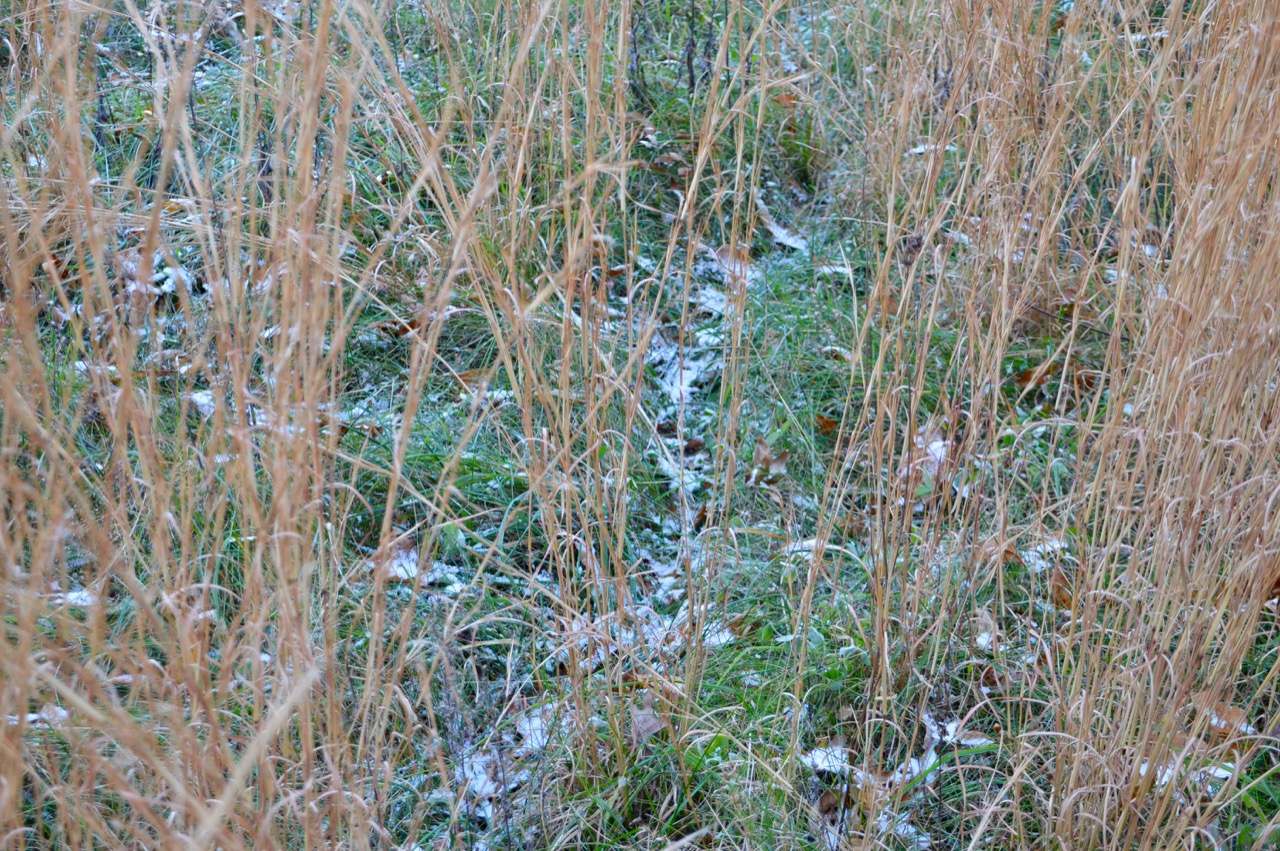 Just to the right of my path is that same path leading into the woods. It isn't straight, but curls around different blades of grass. Any deer experts reading this ?? If so, chime in and let me know if I am correct in assuming this is a path made by deer. If it isn't a ballgame or a hound topic, I am pretty ignorant on stuff like this. 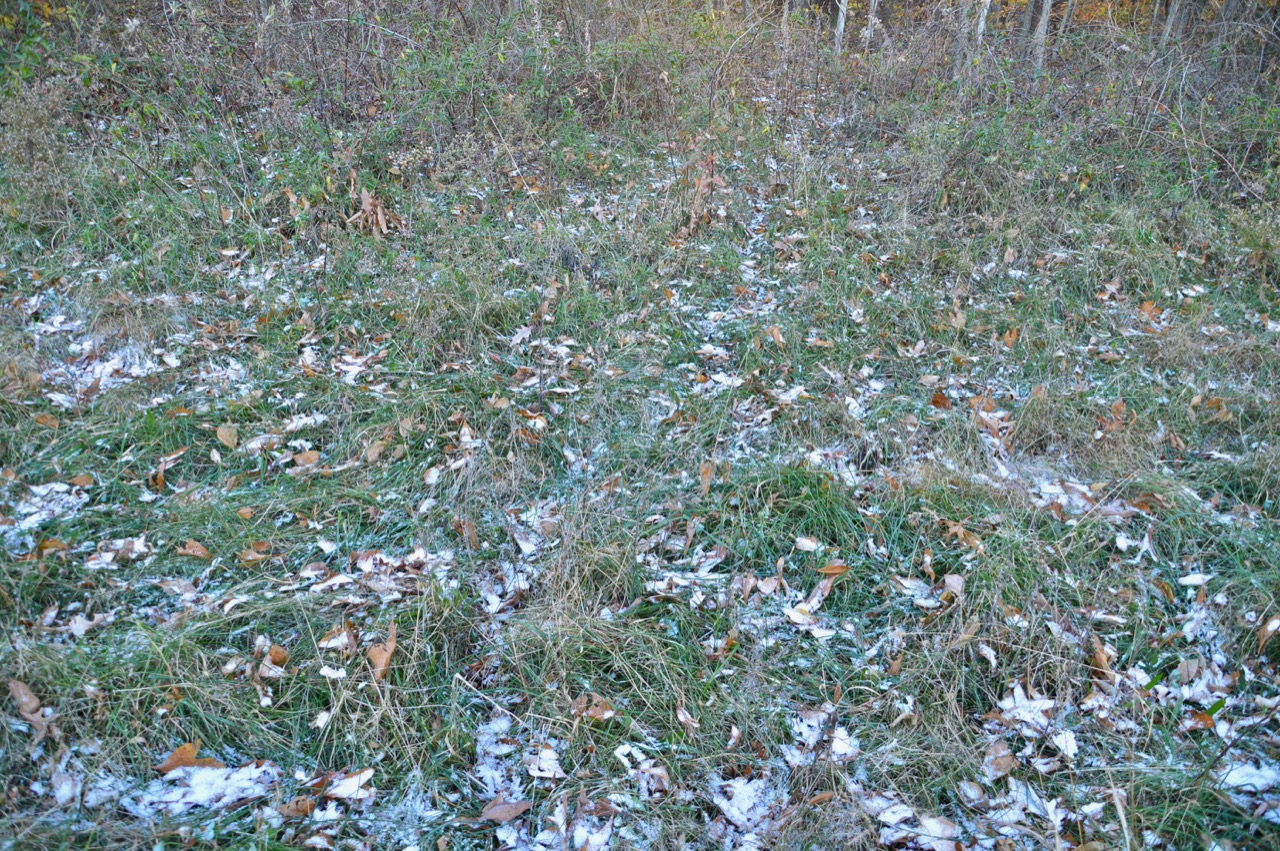 I was wrong. I said a week or so ago that I would not be out early enough on the walk to see the sun in this position. Since we got up and moving a few minutes past 6am, Stella was whining to go on her morning walk about 7:45am today. 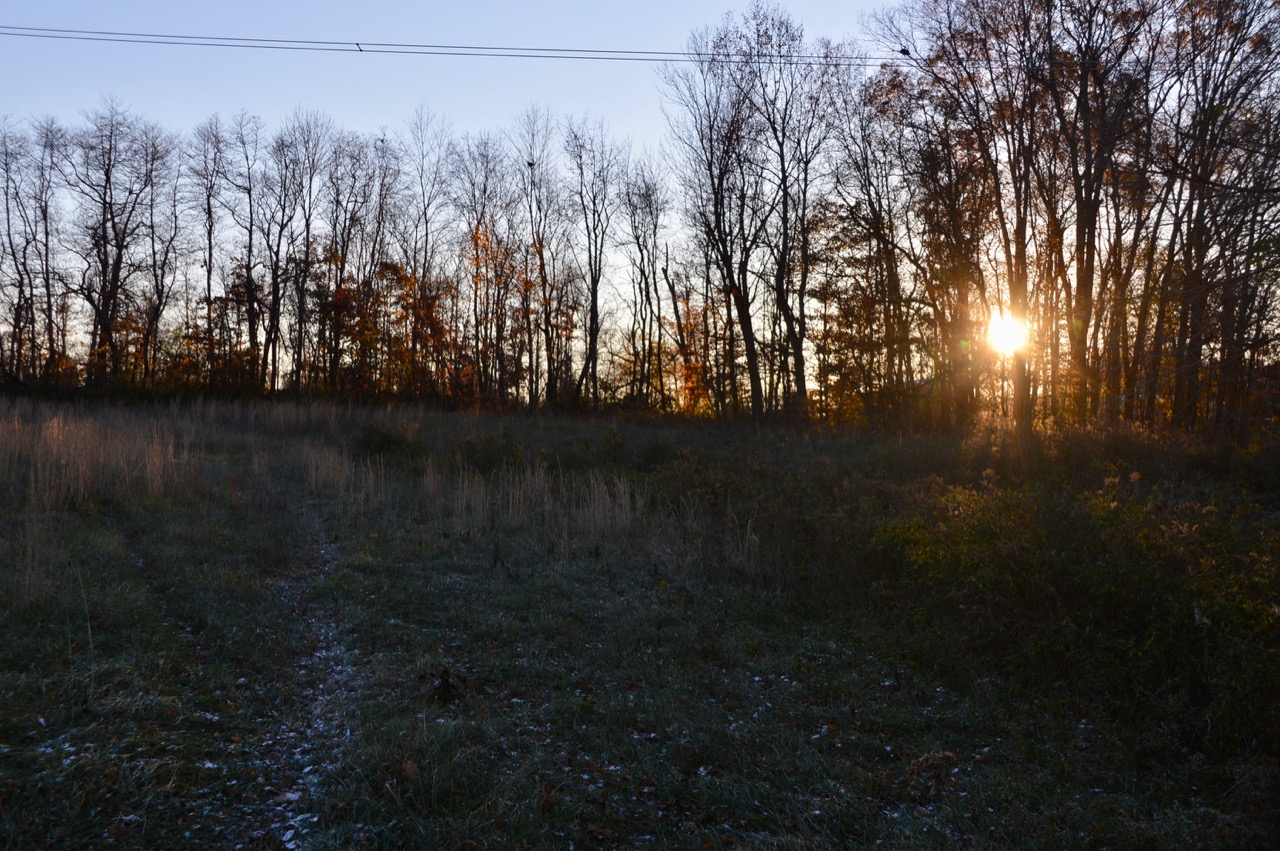 I noticed she was spending more time on the path after we turned the first corner and she was walking much slower ... is that a slight limp I see ?? 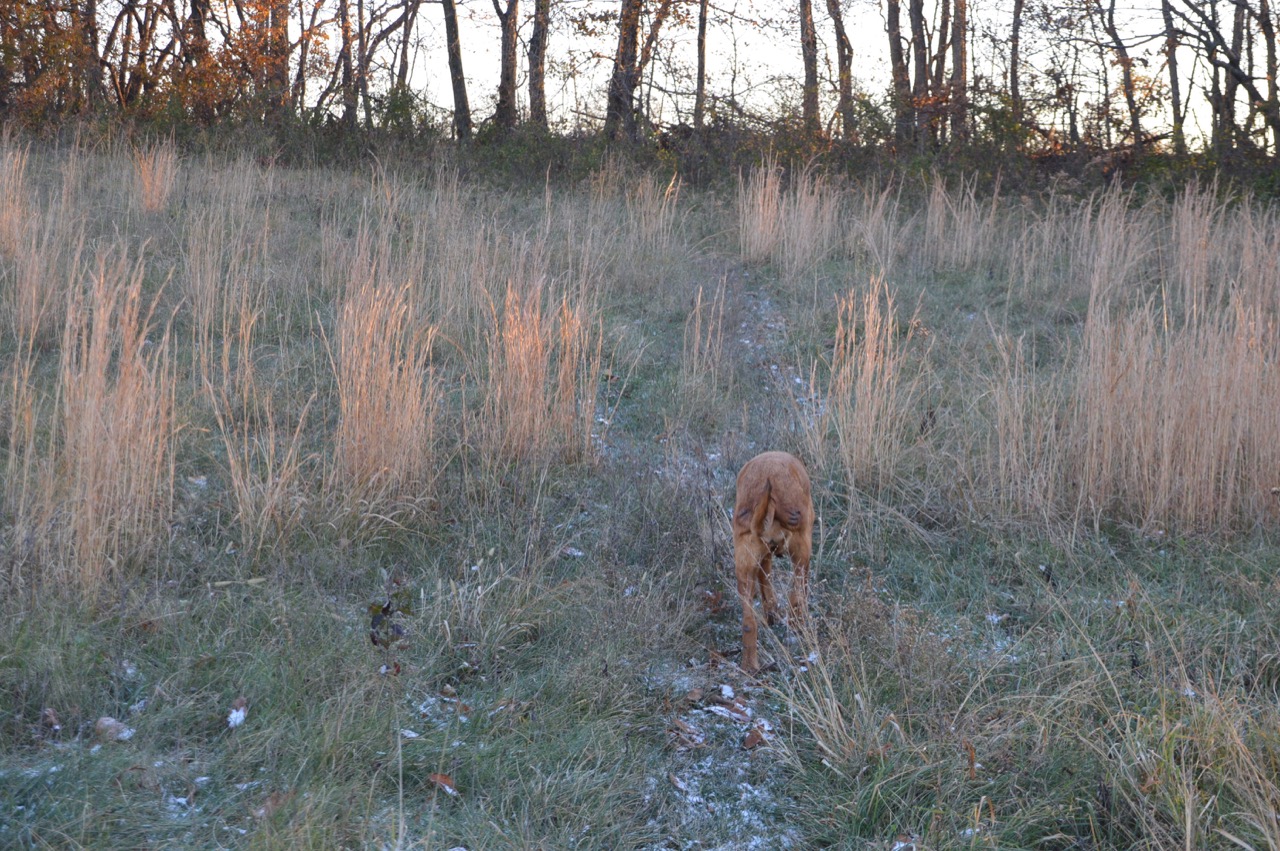 It certainly was. Her pads of her feet were covered with that freezing cold snow and her feet were cold. She sat down for a few minutes and didn't move while holding her rear paw up for me to see. I rubbed off the snow from each of her paws. She jumped up and took off down the path after that. All was good to her. 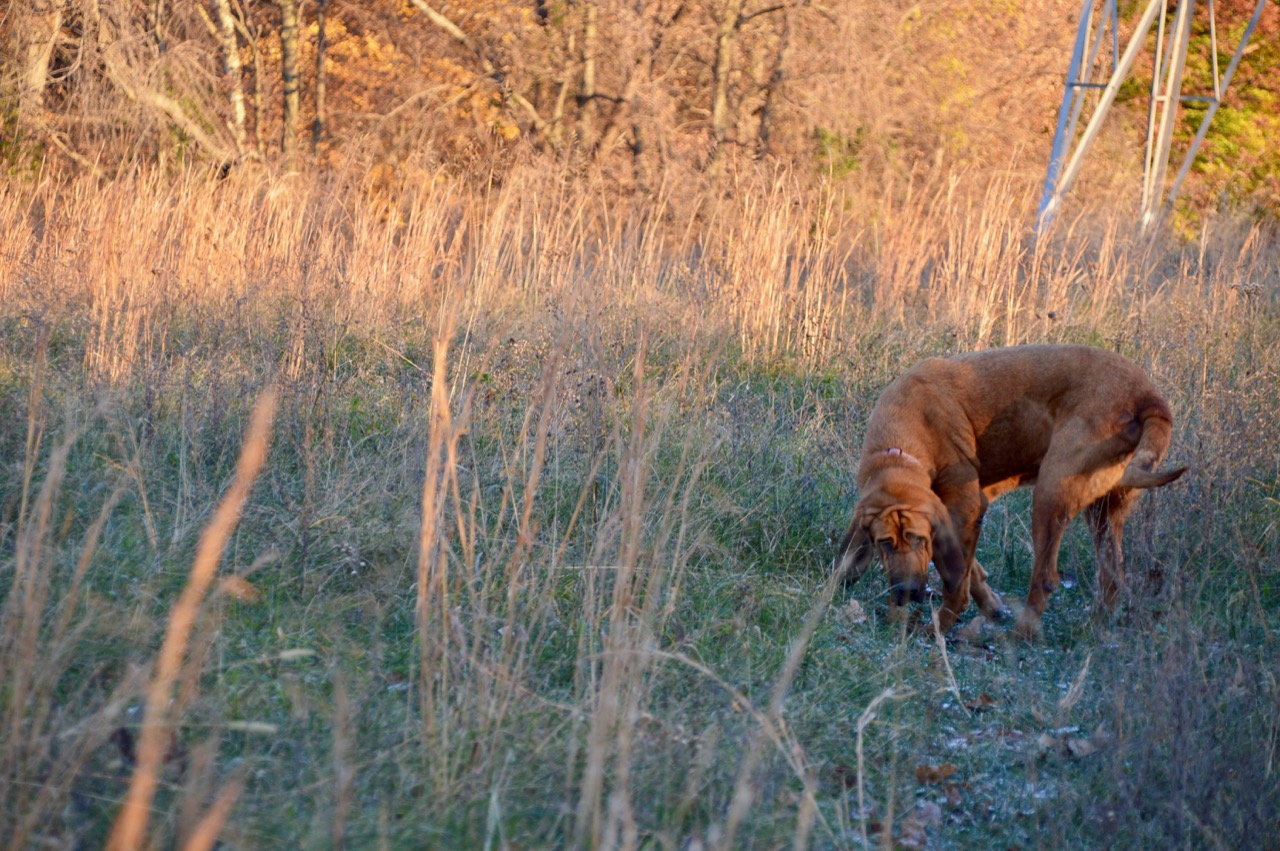 During my walk I was still trying to decide if I could say this was our first snow of the year. I decided to take photos of rooftops within my camera's view and let you decide if it's official or not. I am beginning to think it is not an official snow. 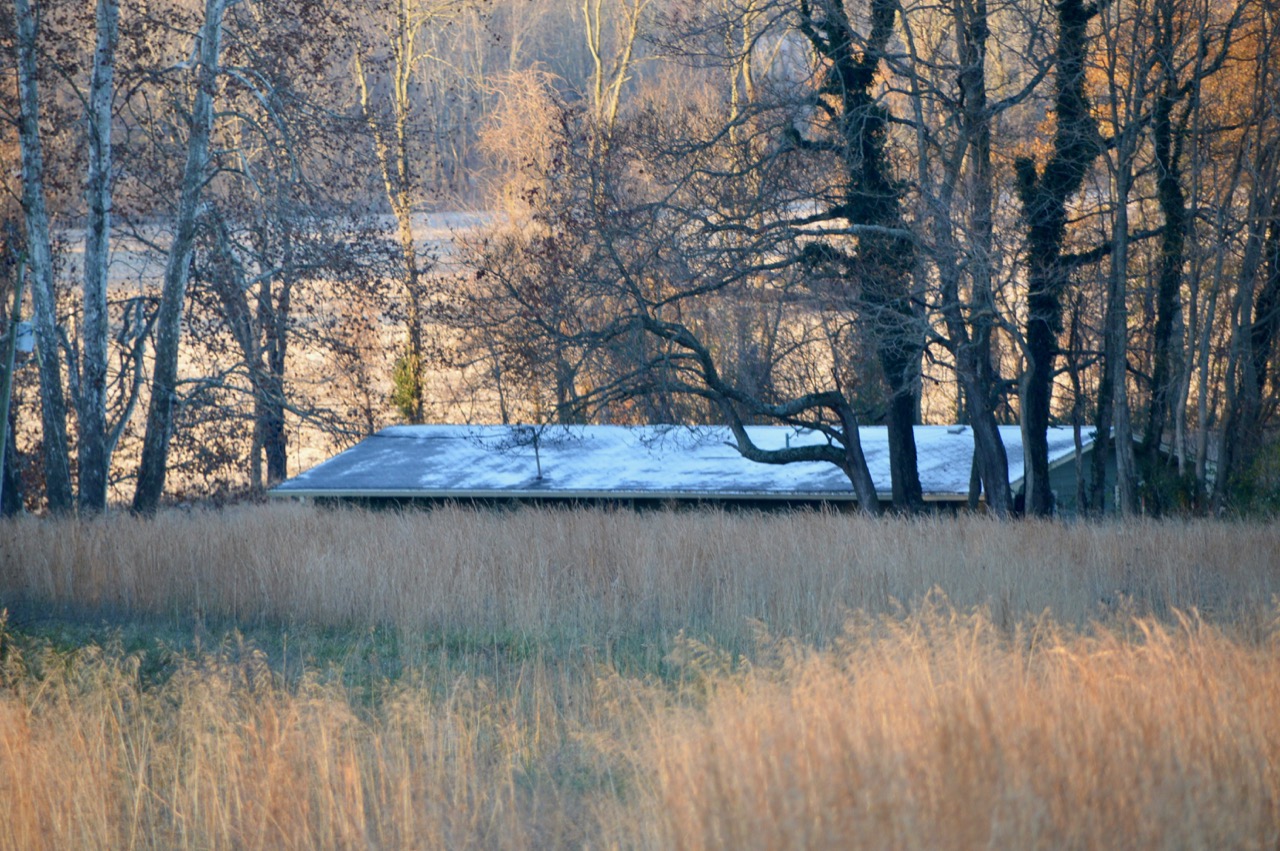 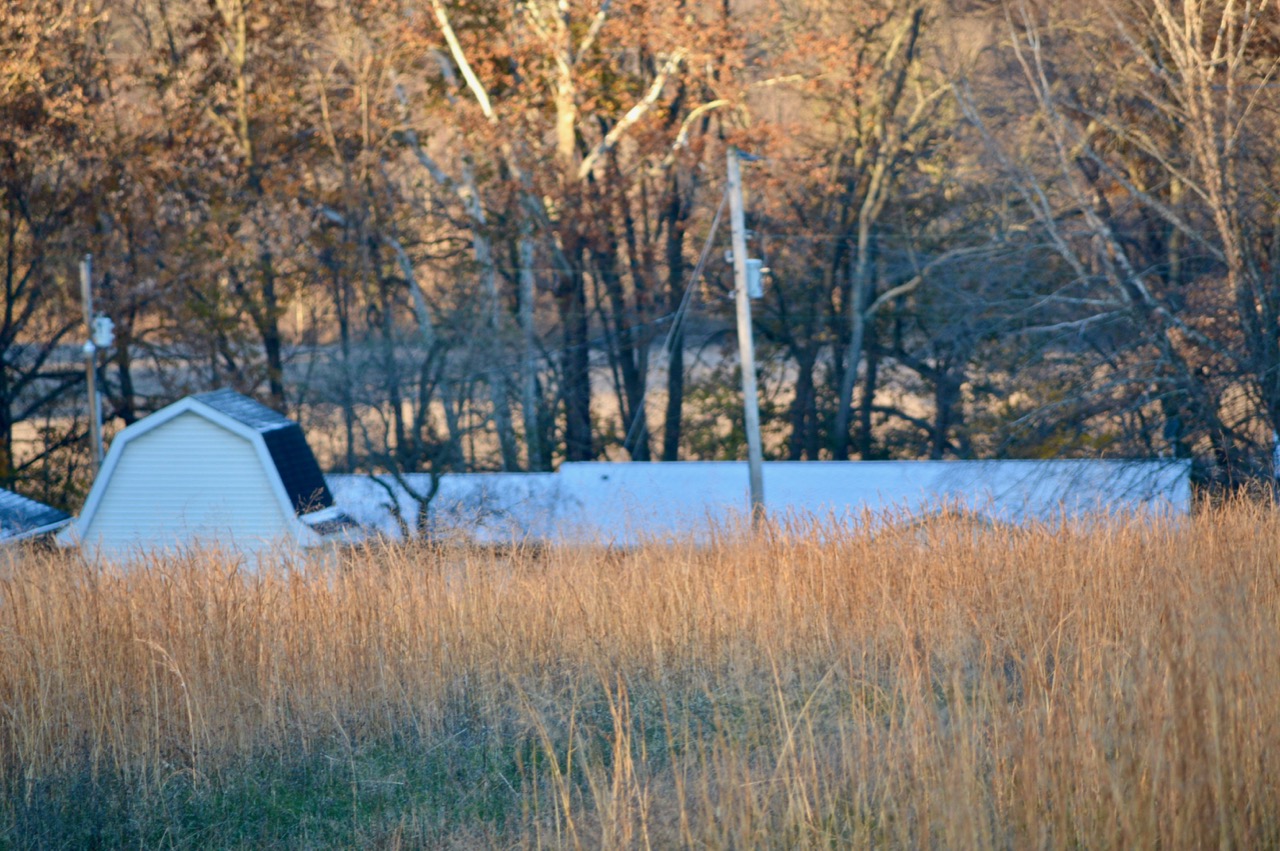 In the 21 years I have lived here, I have never seen the curtains of this house opened up. In fact I have never seen anyone out in the yard except the commercial lawn crew. I've been told by a neighbor there are people living there 12 months out of the year. 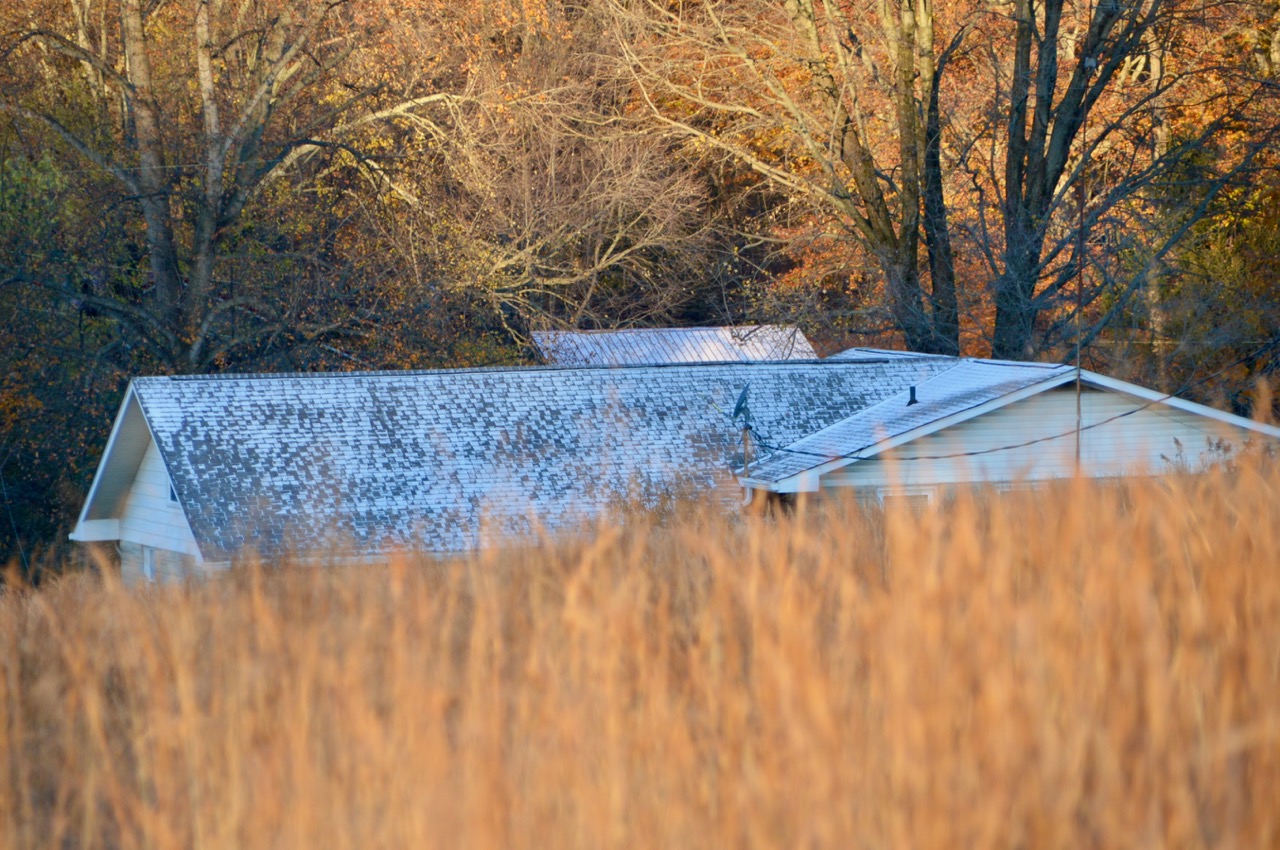 This was so funny ... When I told Stella ... "let's go home and get your feet warm" ... she took off running down the return path. 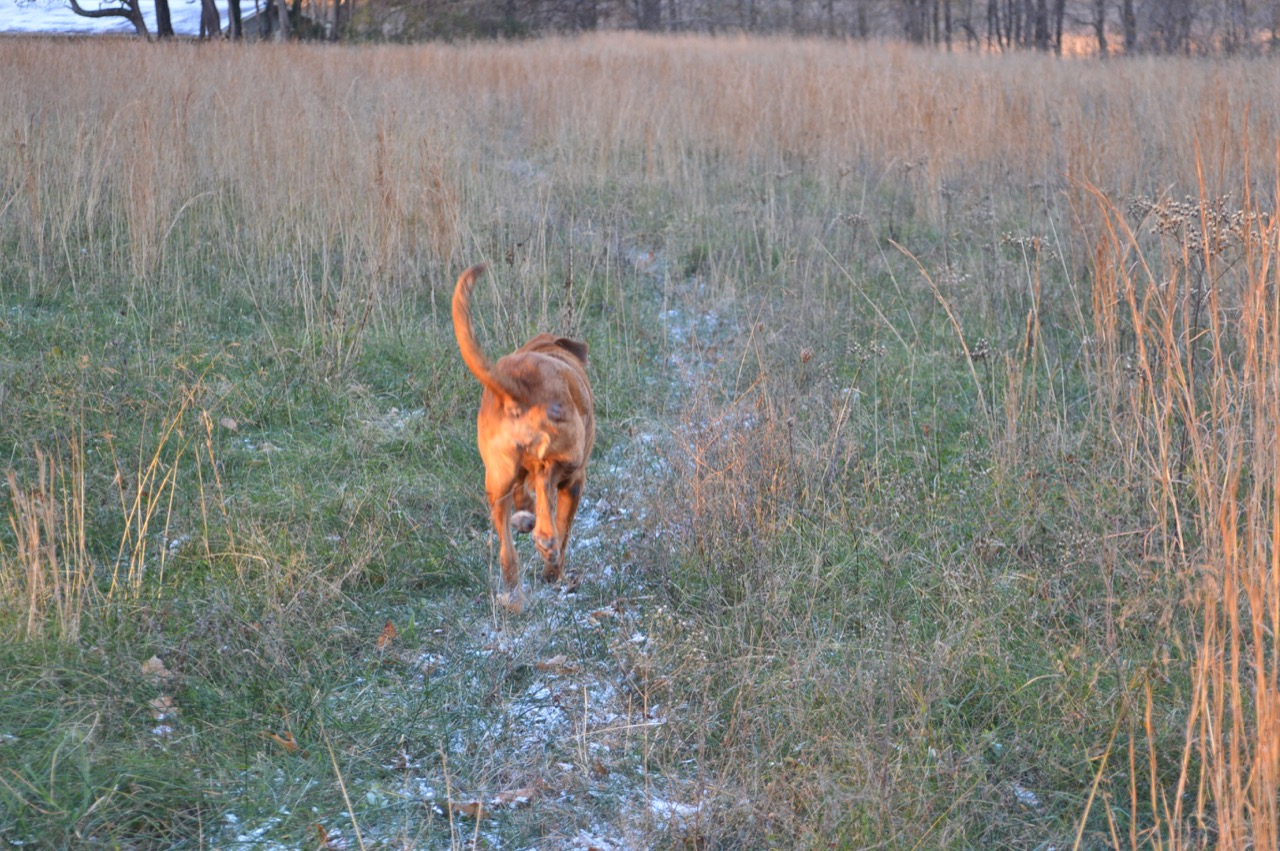 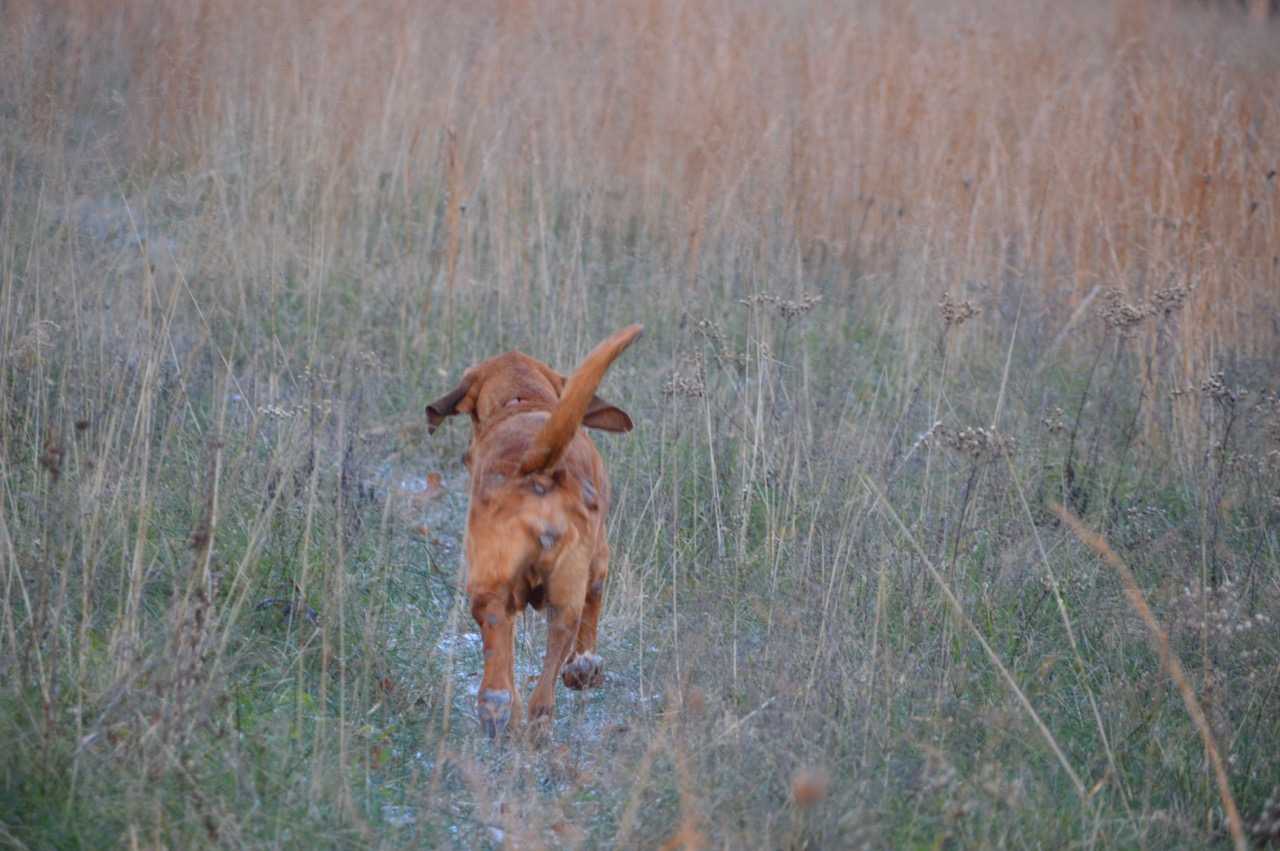 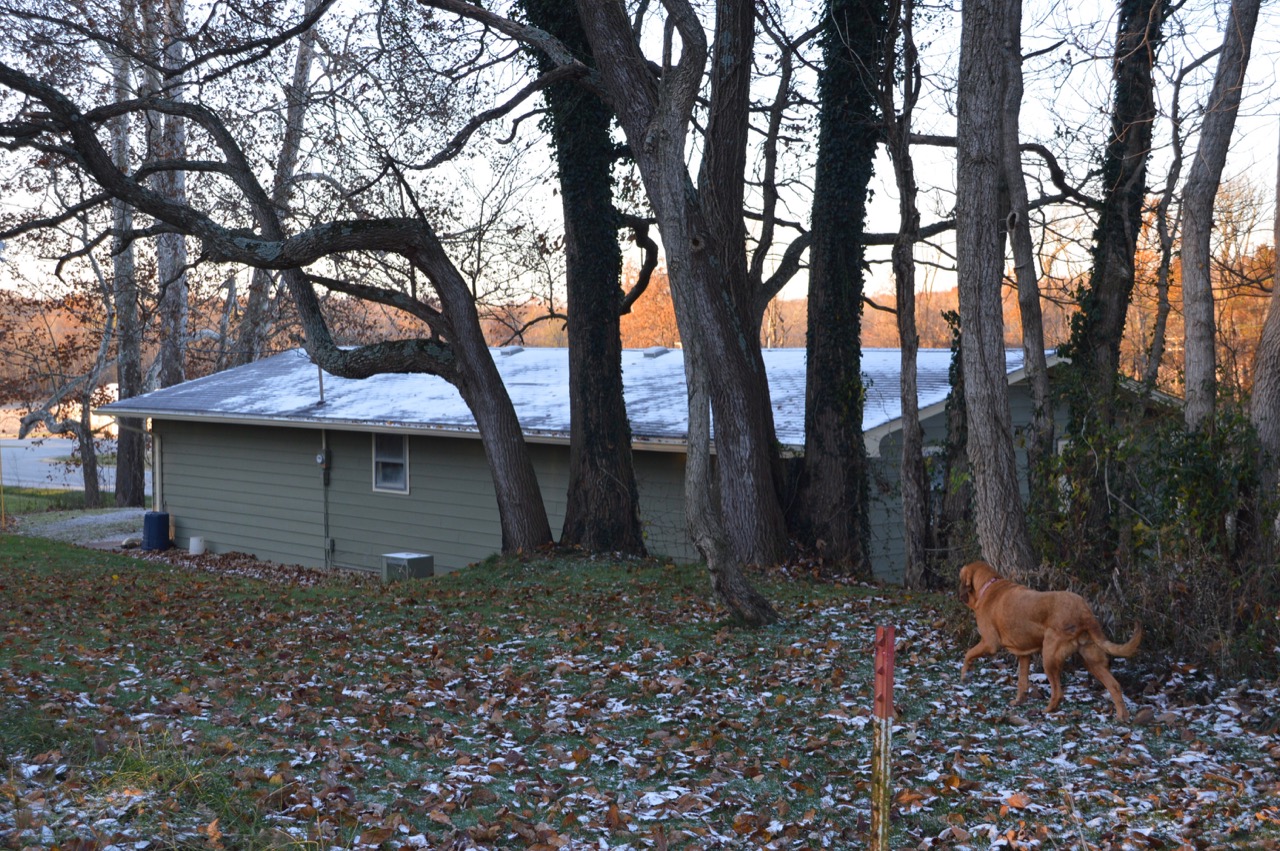 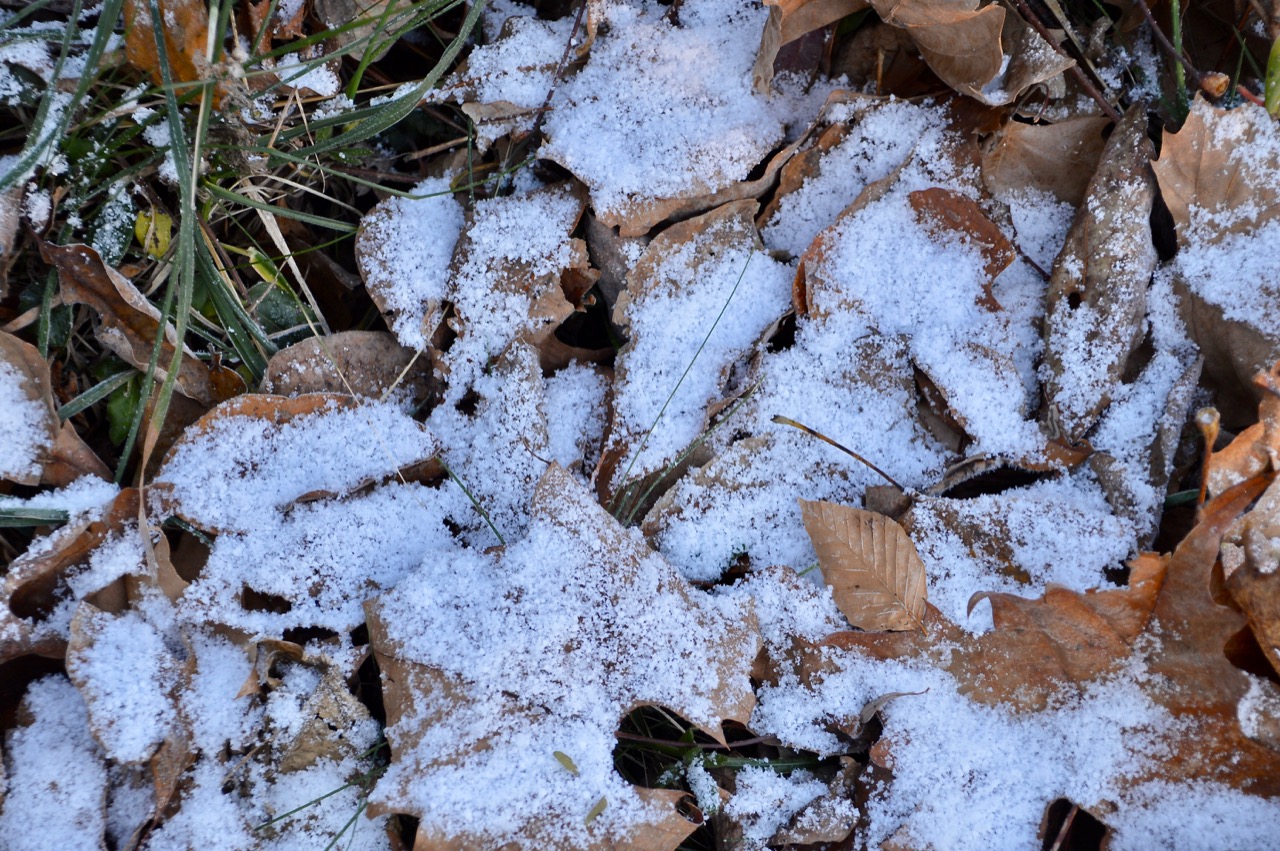 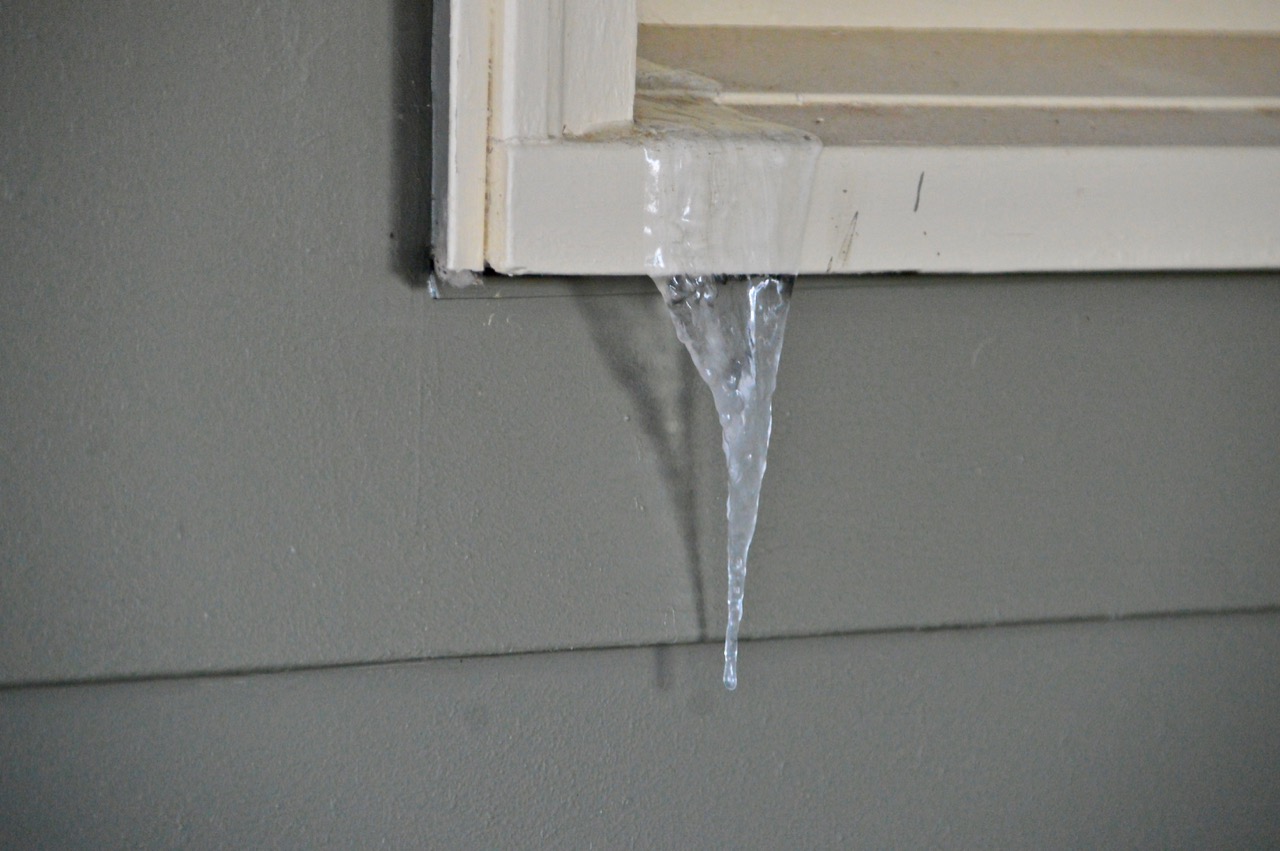 I am set for the next few weeks of cold weather in the forecast. A full tank of gas, a kitchen stocked full of food and a couple of books from the library to read. I told you I was going to enjoy this winter no matter how much snow we get or how cold it gets. I do have a feeling that Stella will be taking me on less walks than past years after those temps drop below 19°. I cannot carry a 80 pound dog too far, so she will have to walk home someway if her feet get cold.

Clear and bright sunny skies this morning in 'the tropics' of Southern Indiana.
By Steve at 9:18 AM