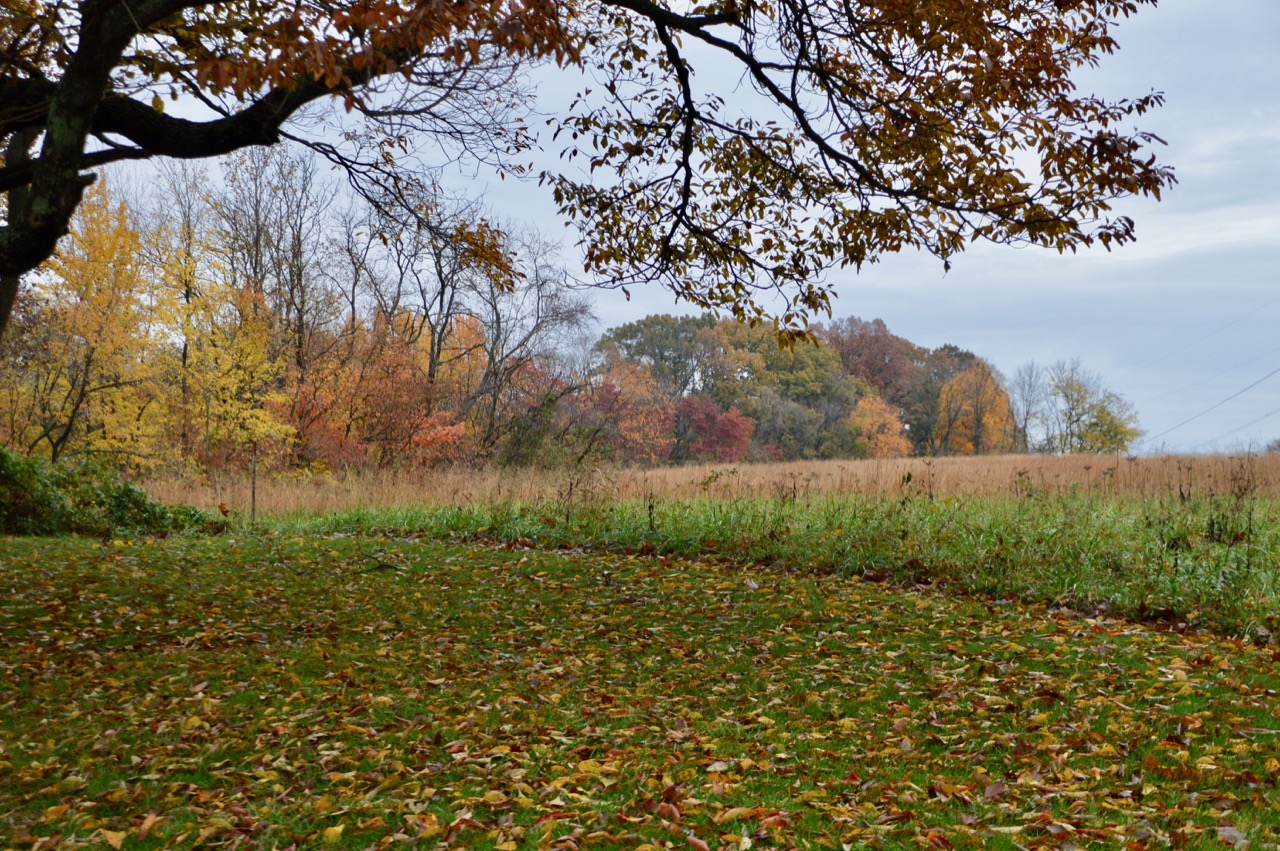 Stella and I went outside last night about midnight and it was still raining, but she had to go so she was quick. Finally this morning when we woke up the rain had stopped. Cold but no rain. Although Stella was up at 6:15am, sprinting to the field as soon as I opened the door. I could feel how cold the air was ... I knew I was going to whimp out today when it came to what clothes to wear. 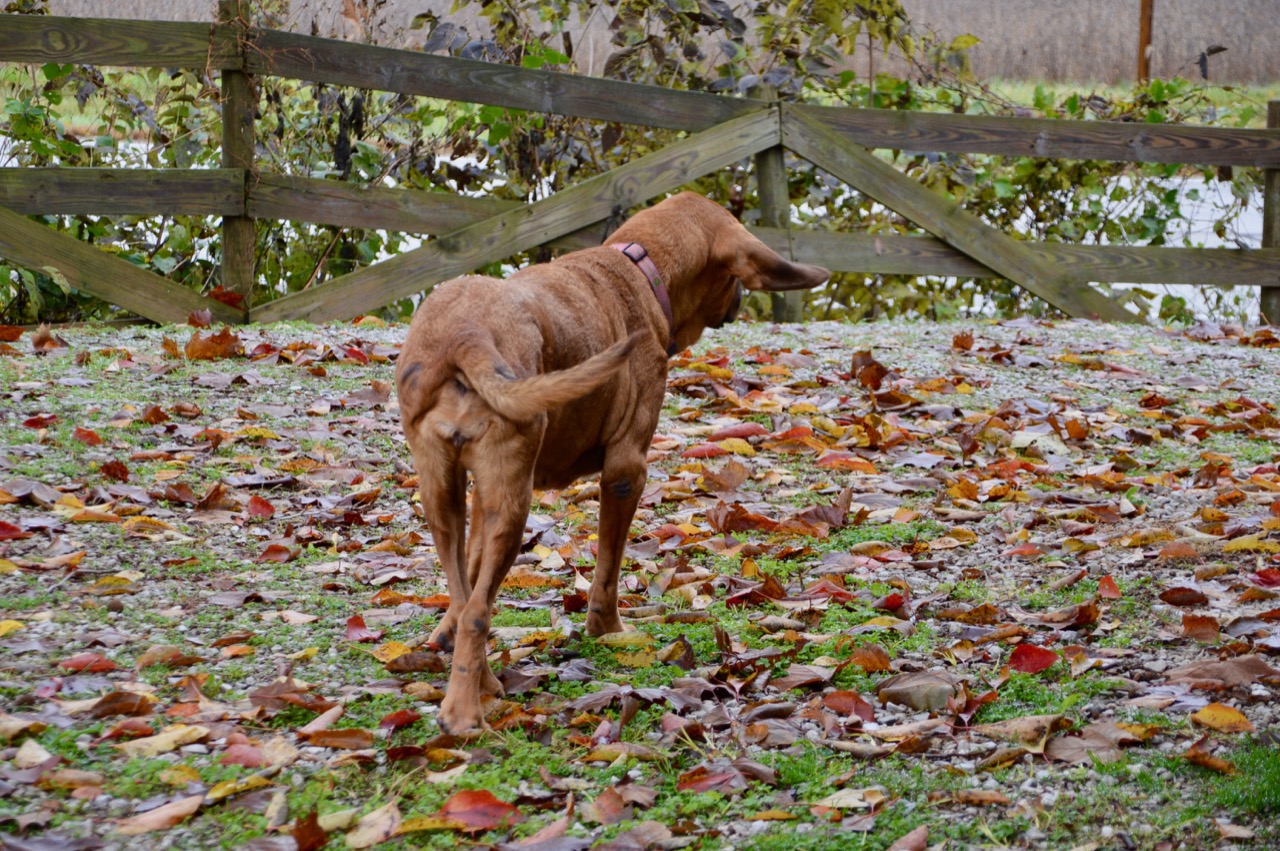 To say that Stella was ready to take a walk would be an understatement. 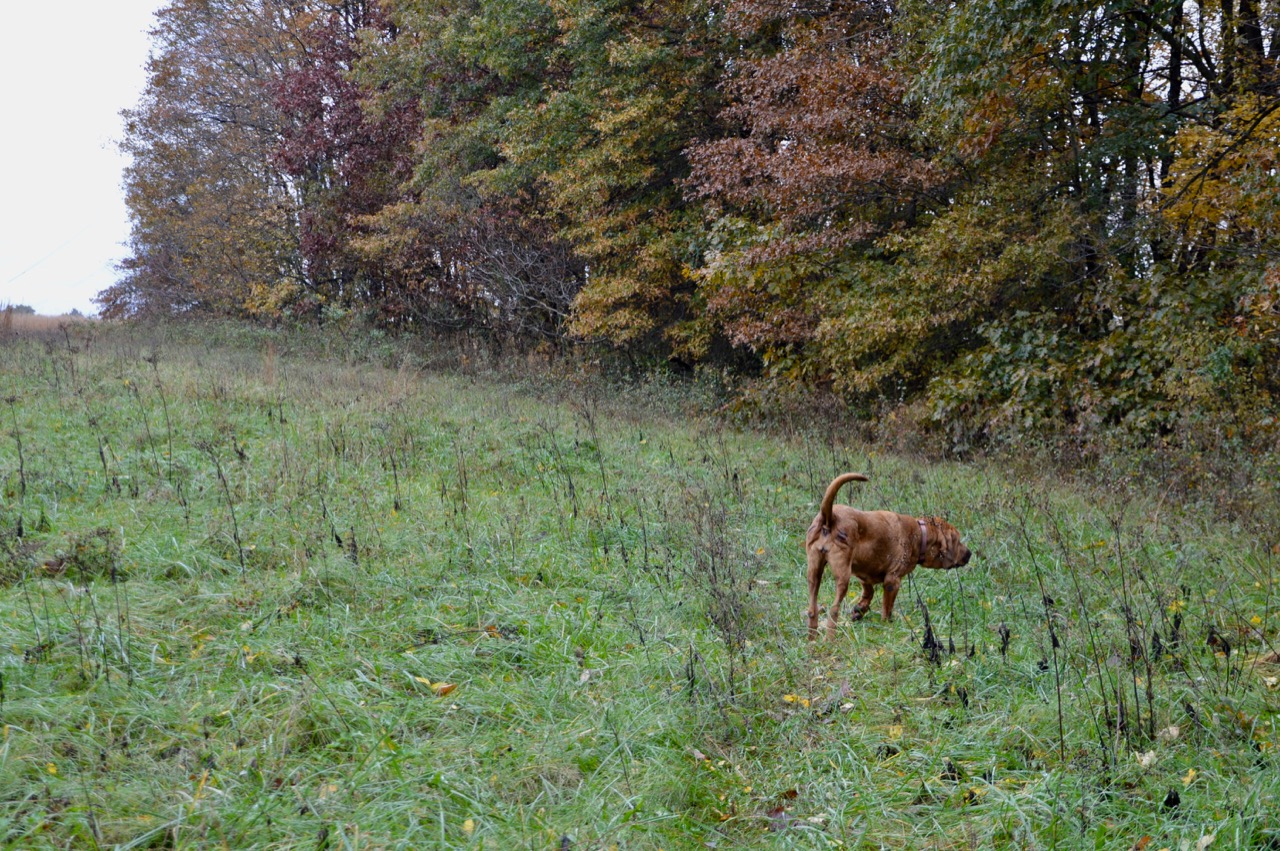 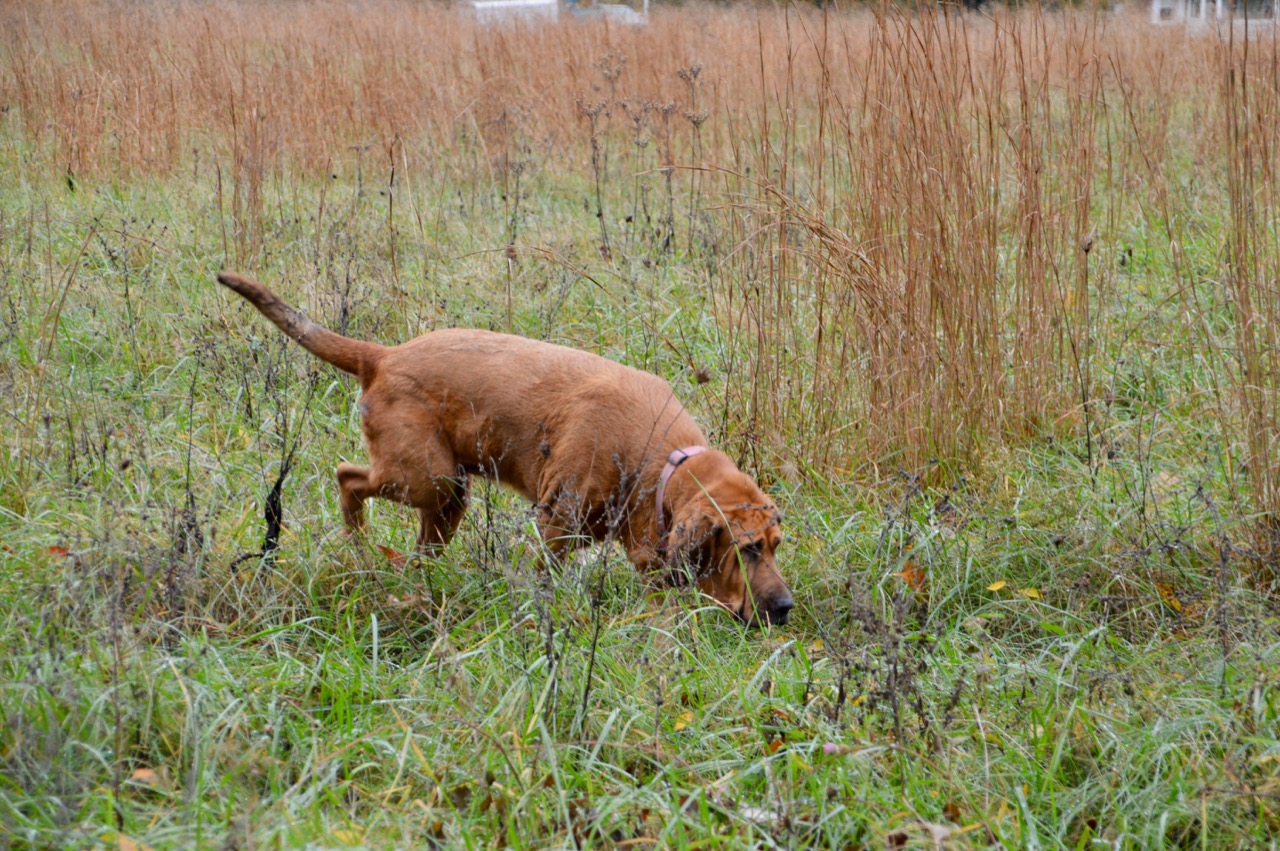 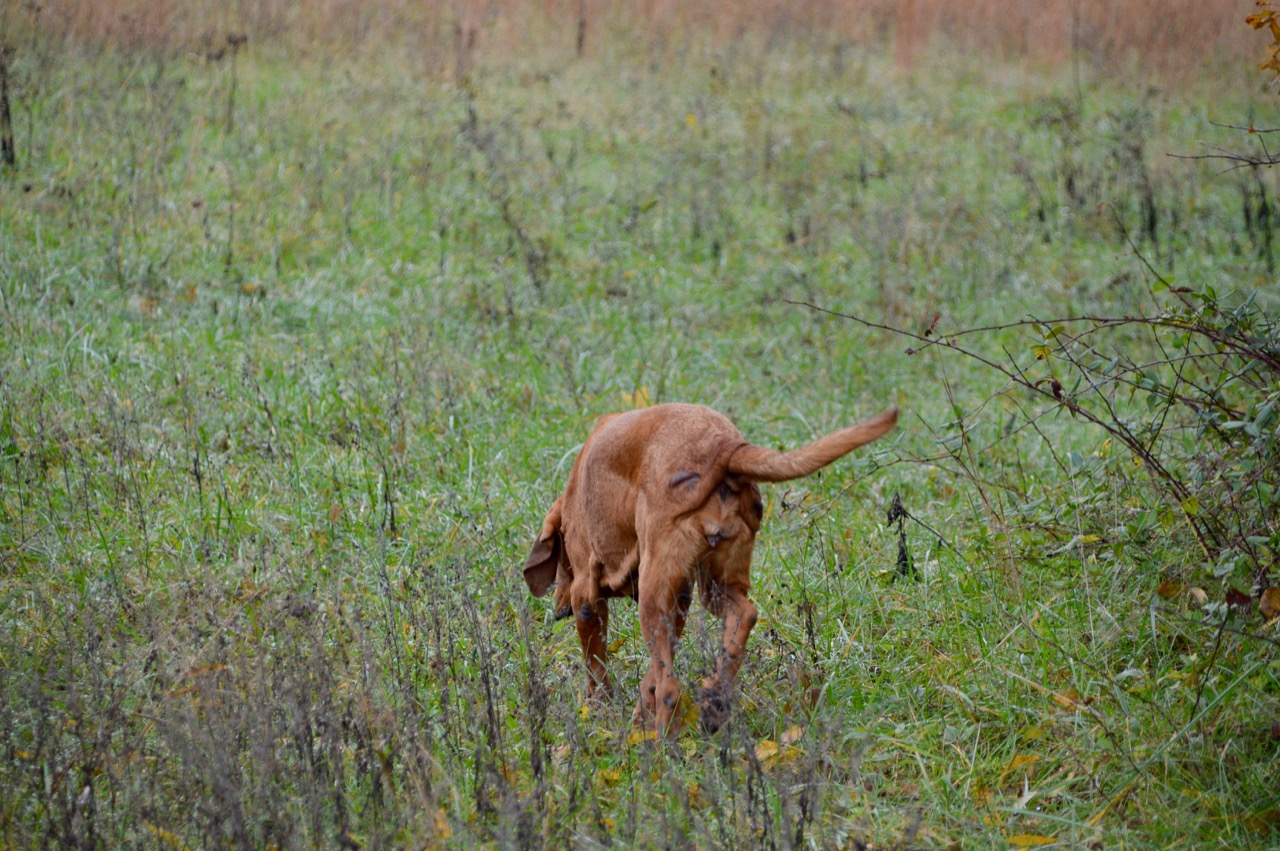 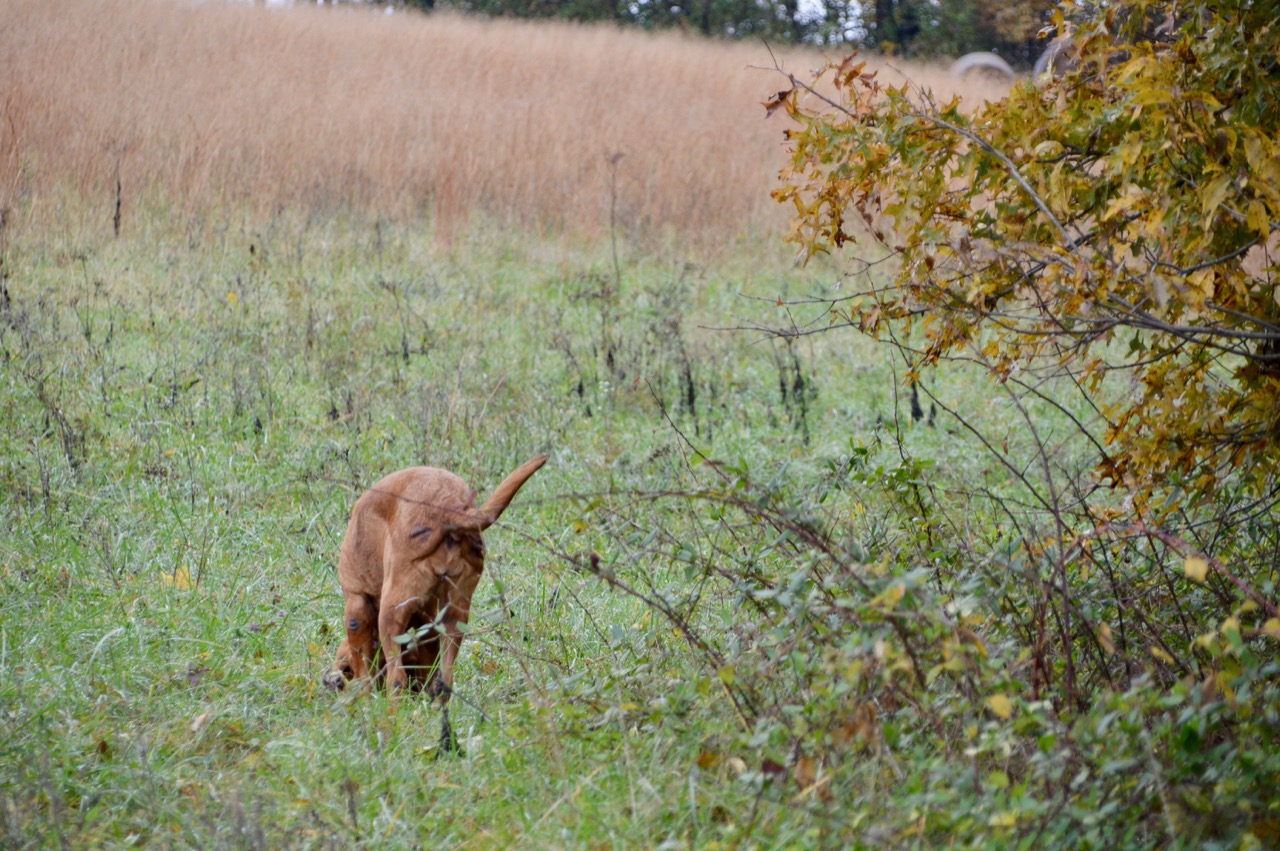 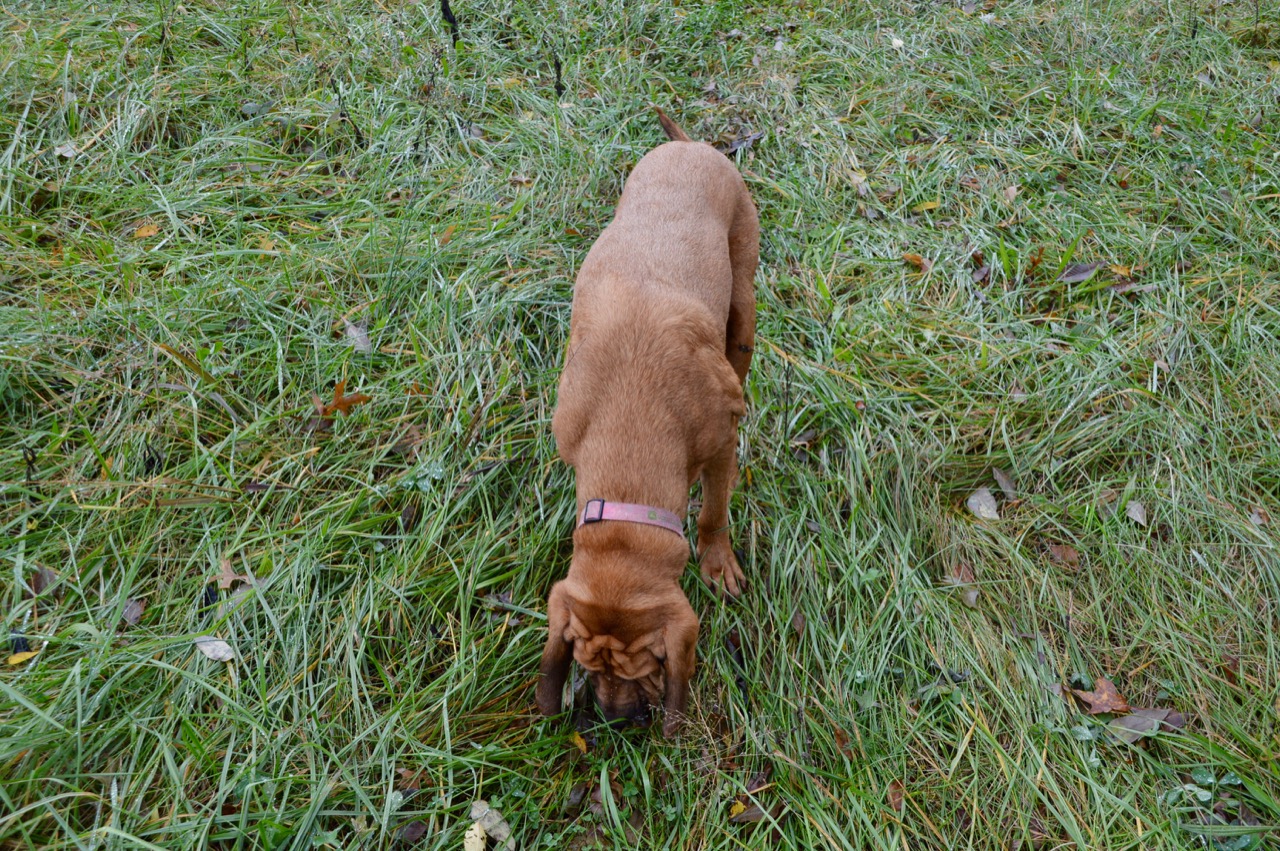 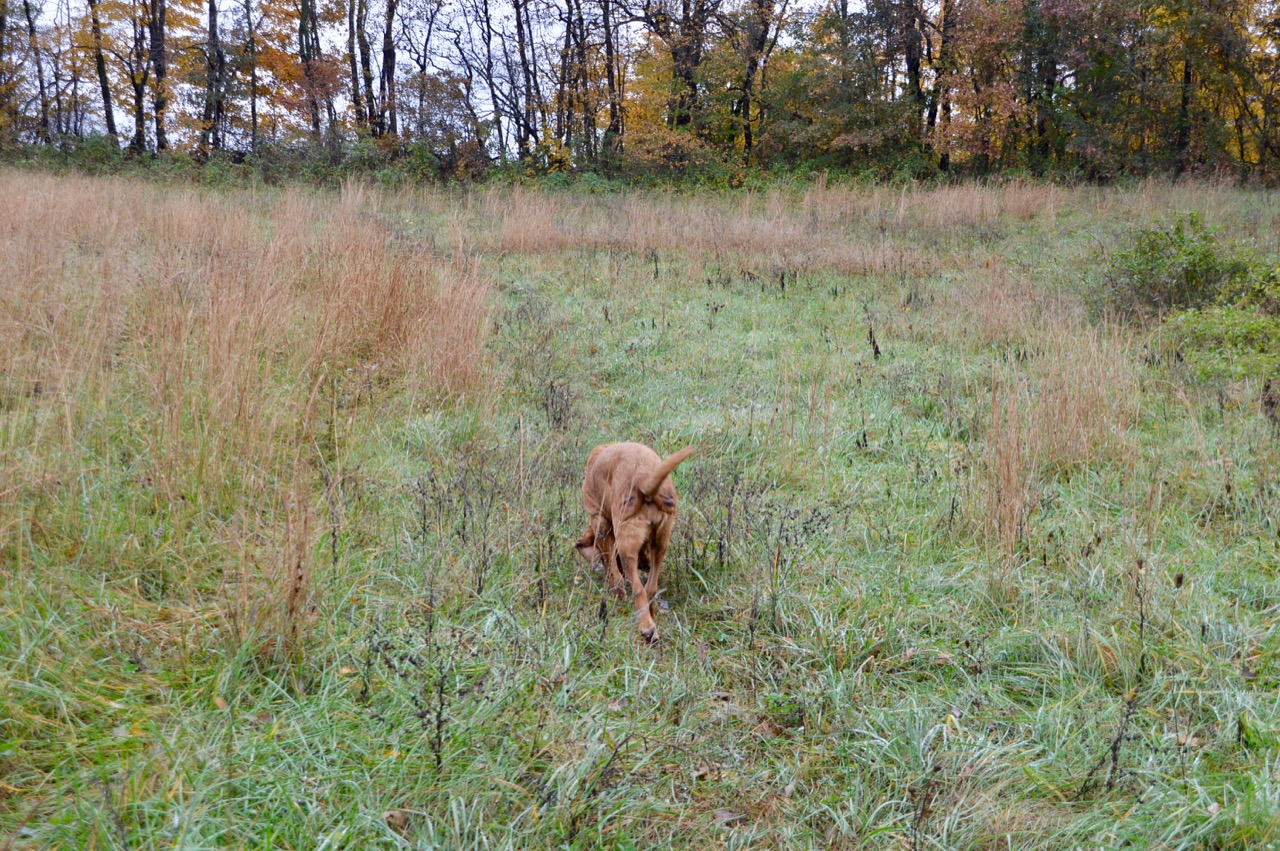 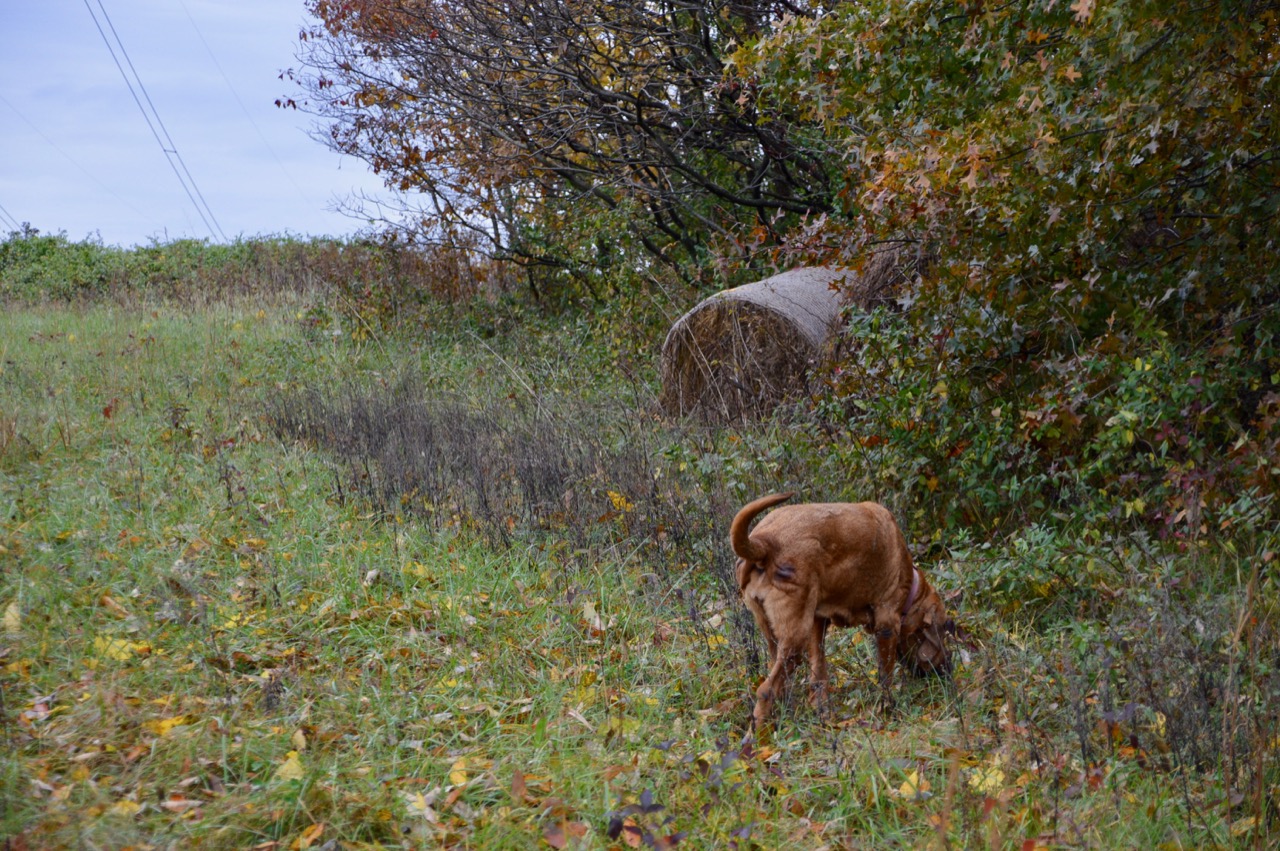 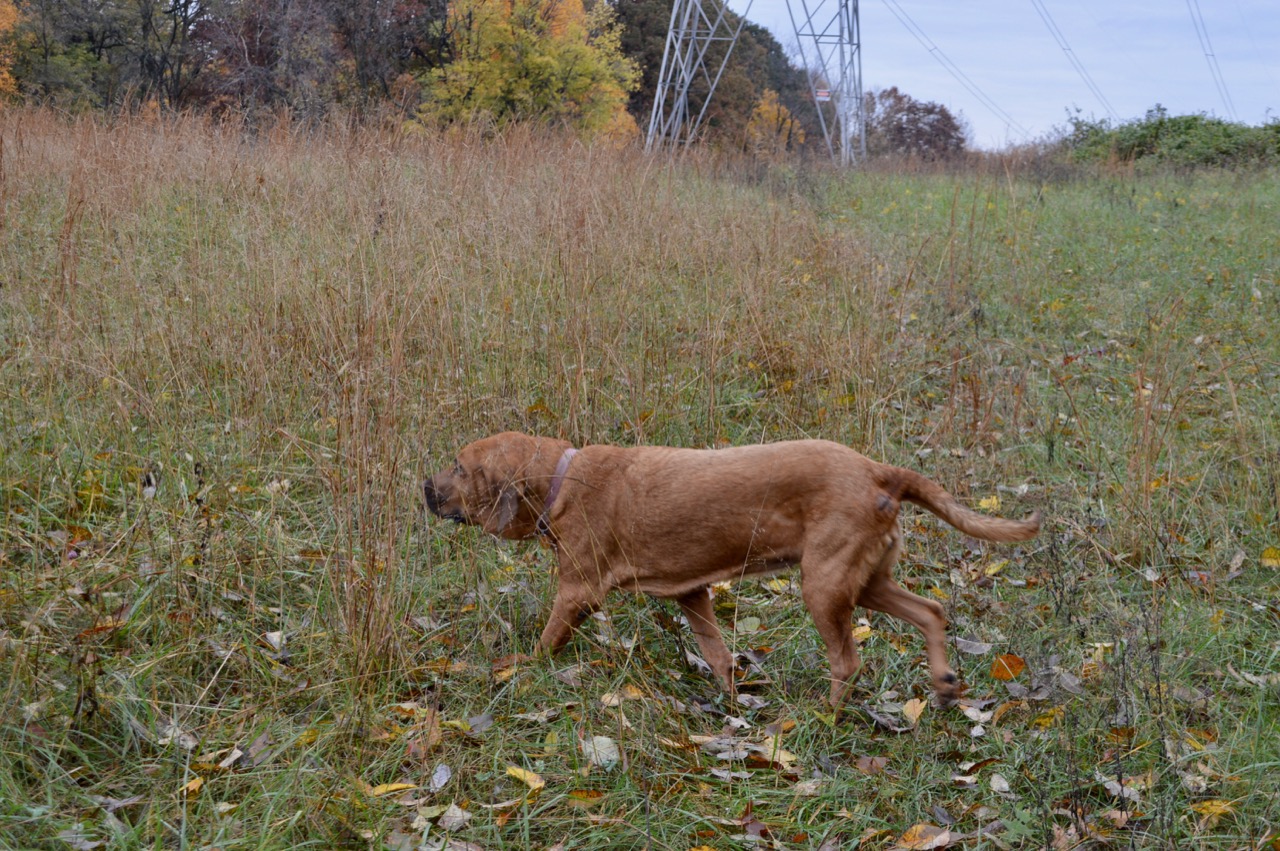 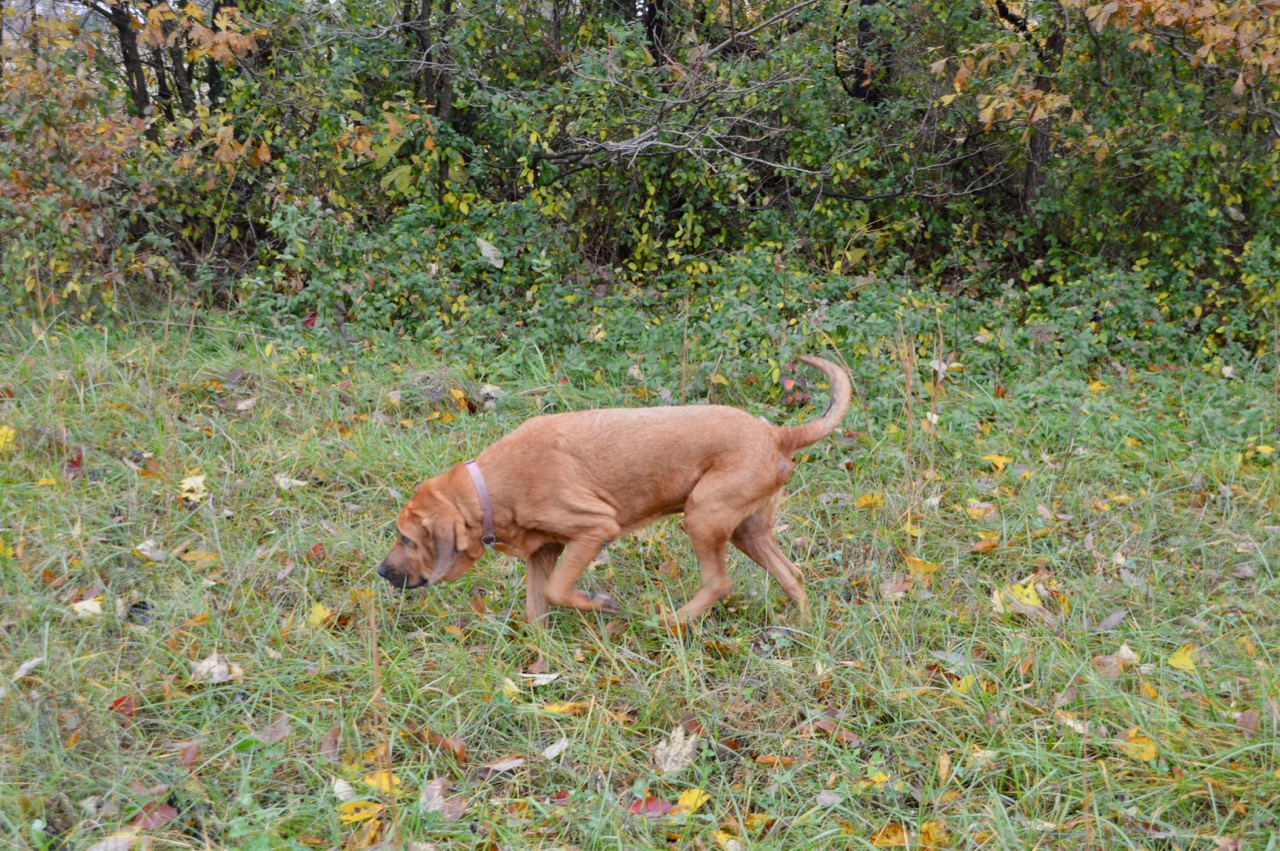 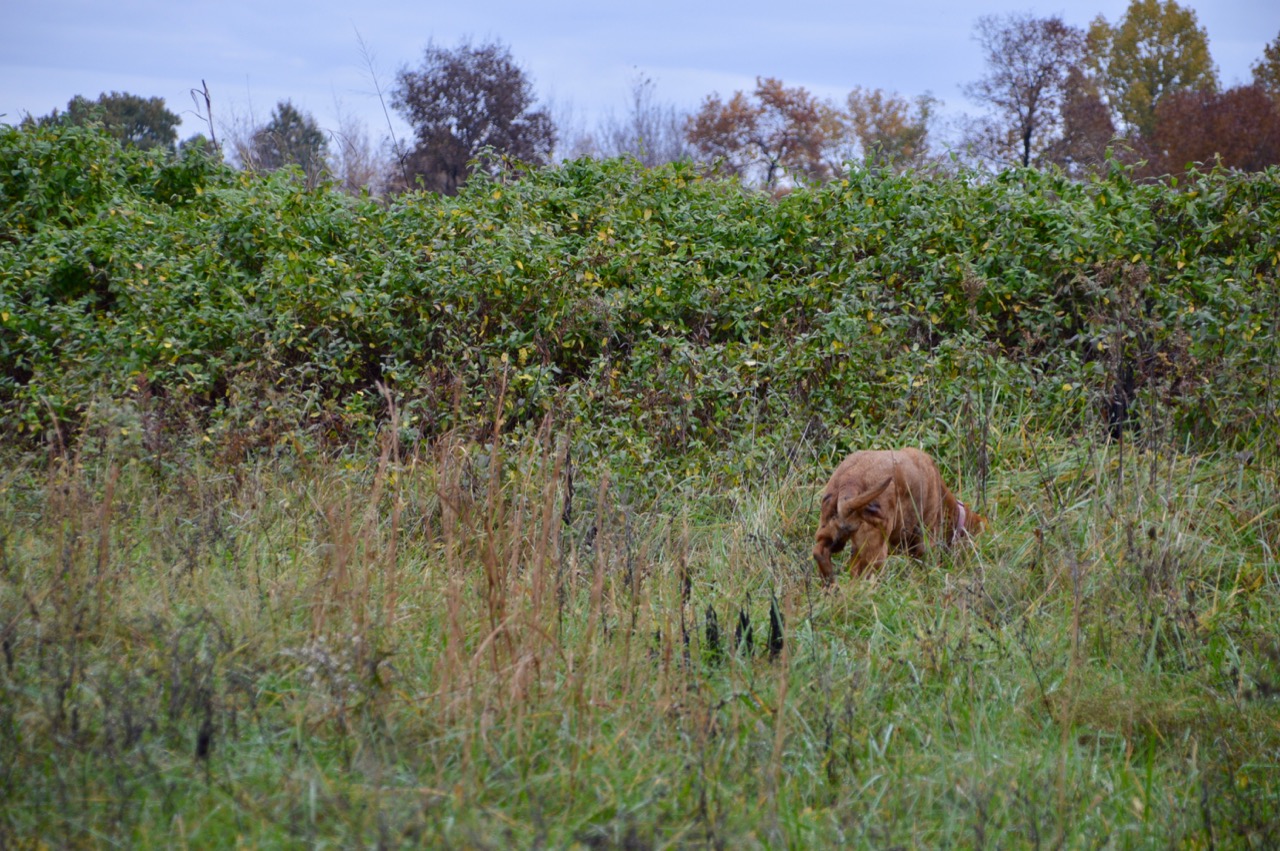 Stella found the normal deer path that they take to jump over the hedges and the smashed fence into the field behind the field we walk in. This is the exact spot that Sadie ran to and jumped over the fence chasing her first deer in December 2009 as a puppy. 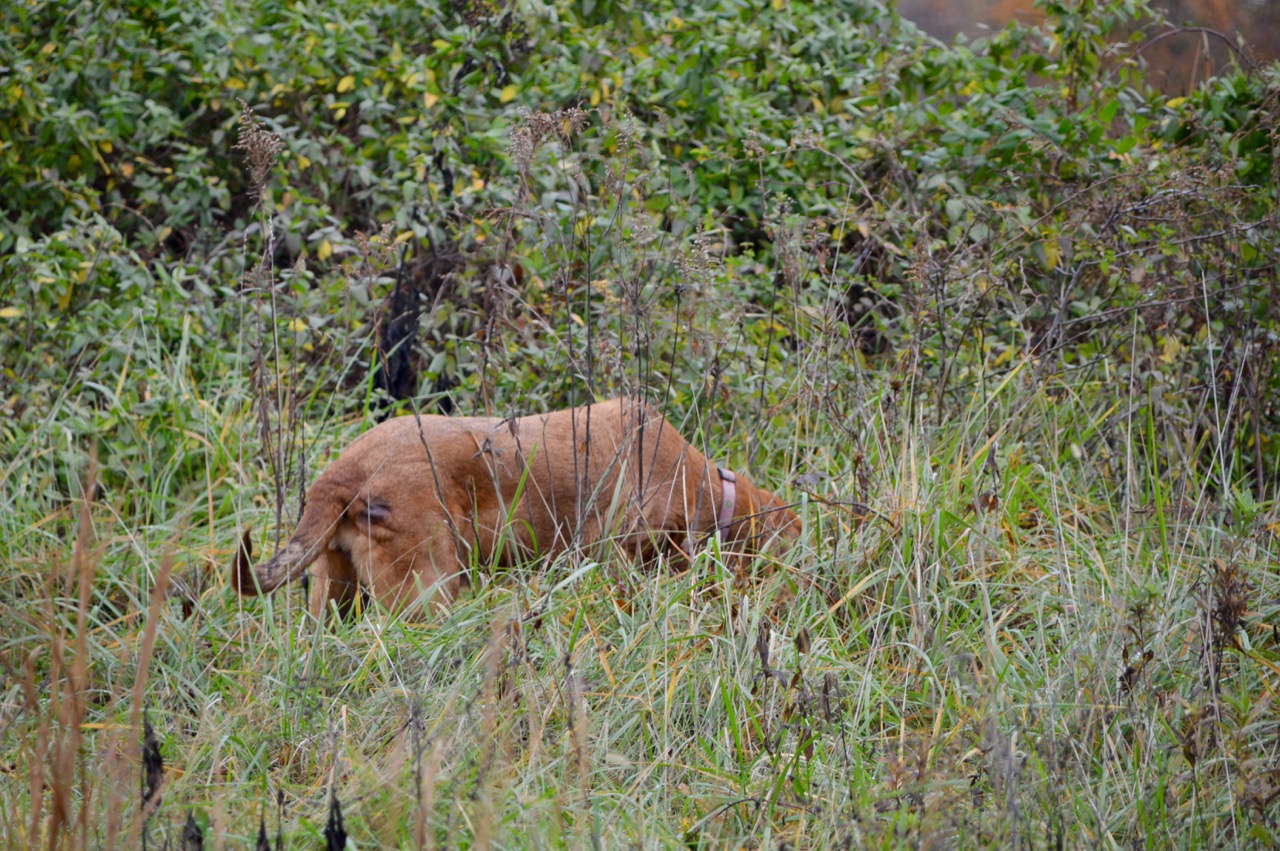 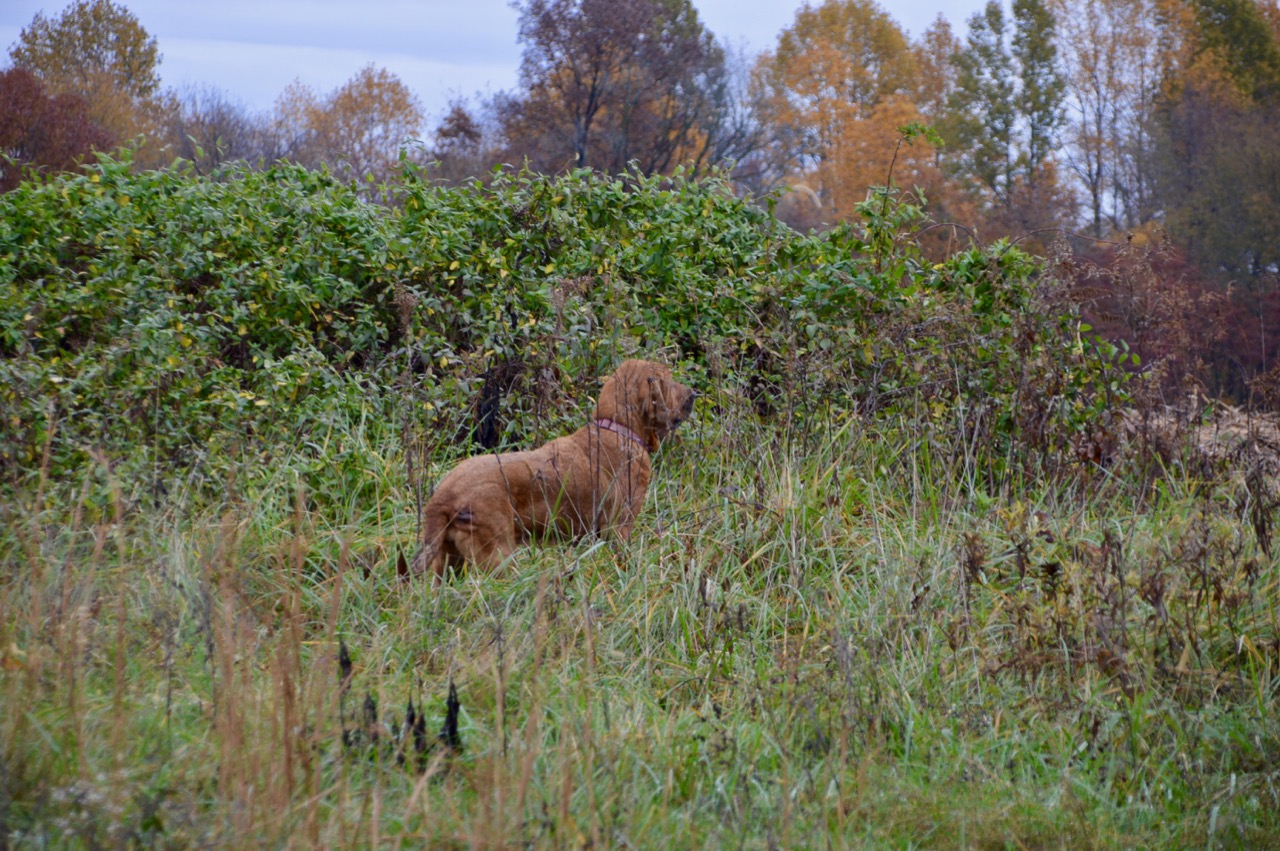 I glanced to the right to see if there were deer on the horizon, I was sure that Stella was about to run after whatever she was smelling, hearing or seeing. 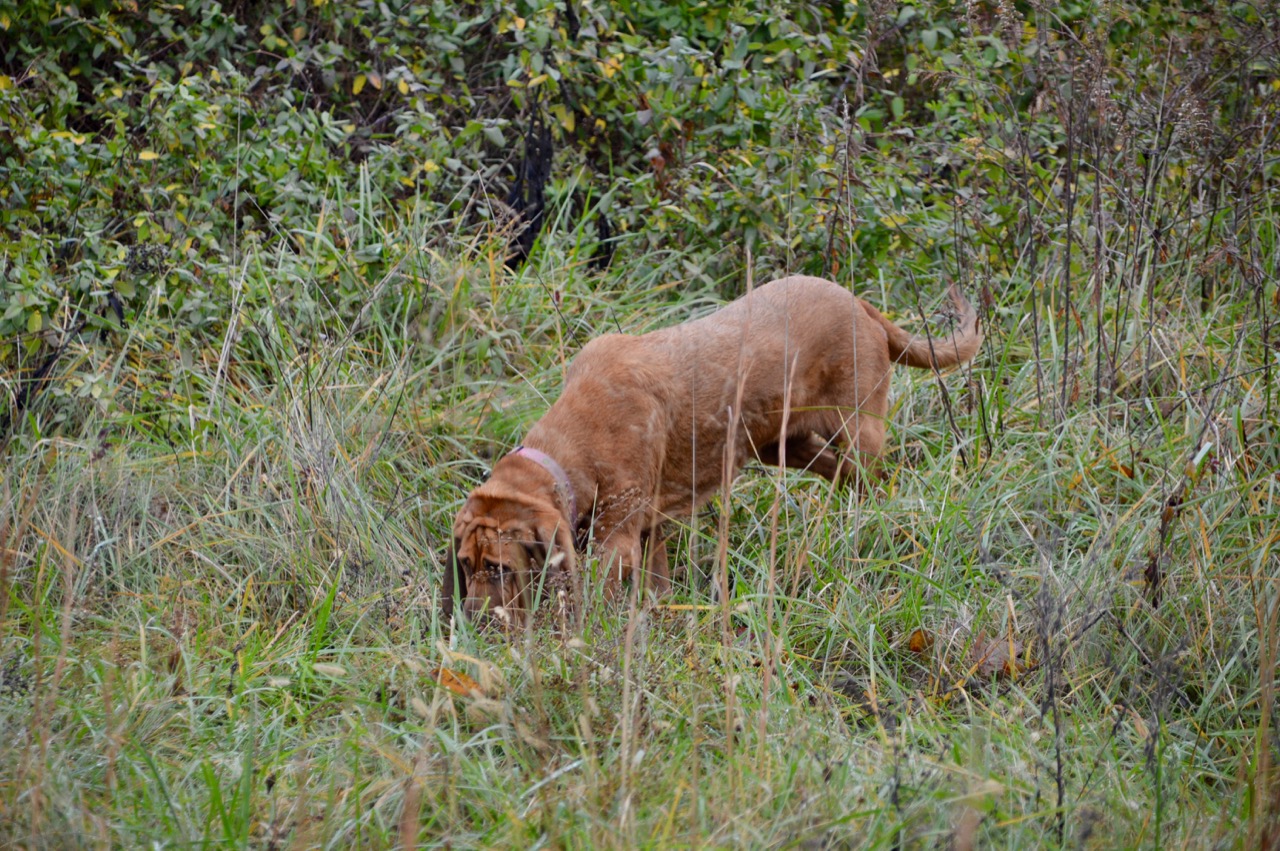 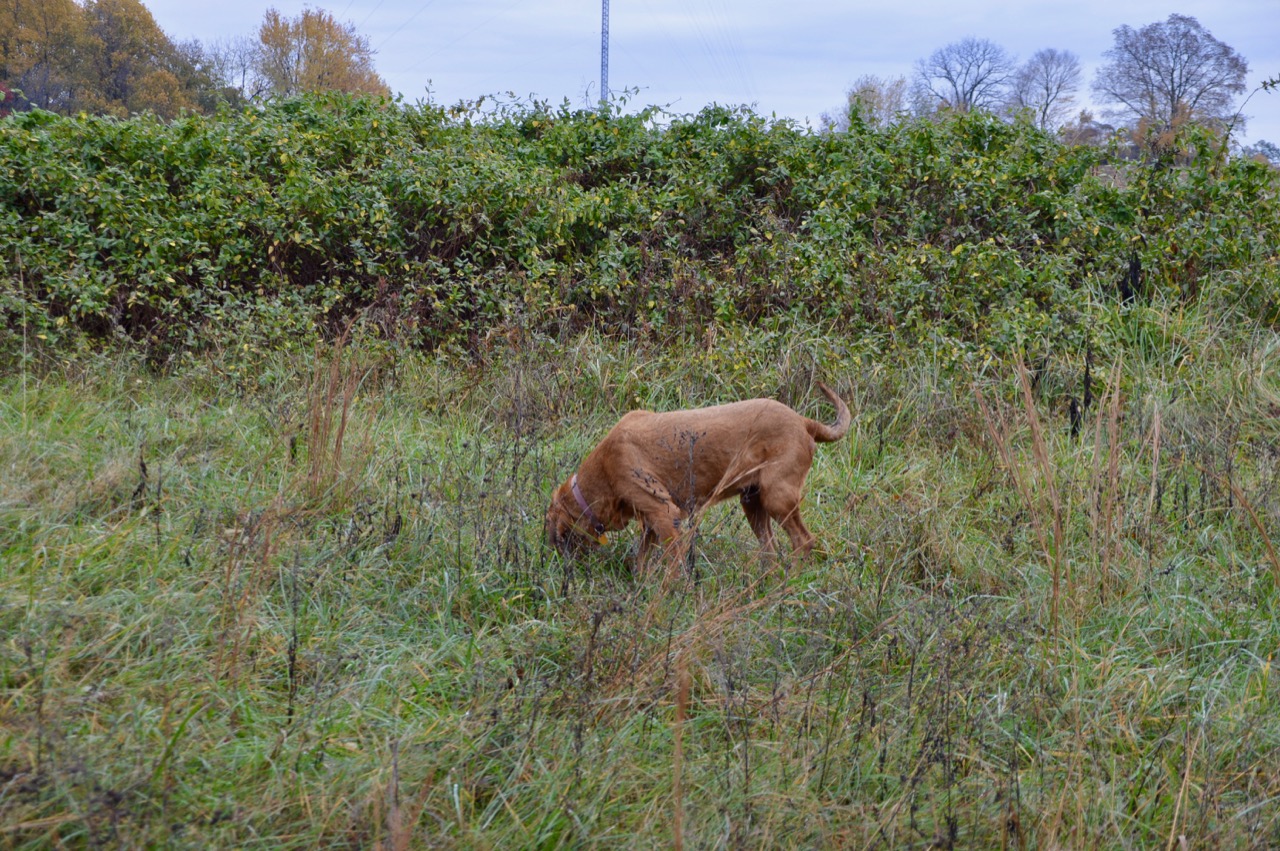 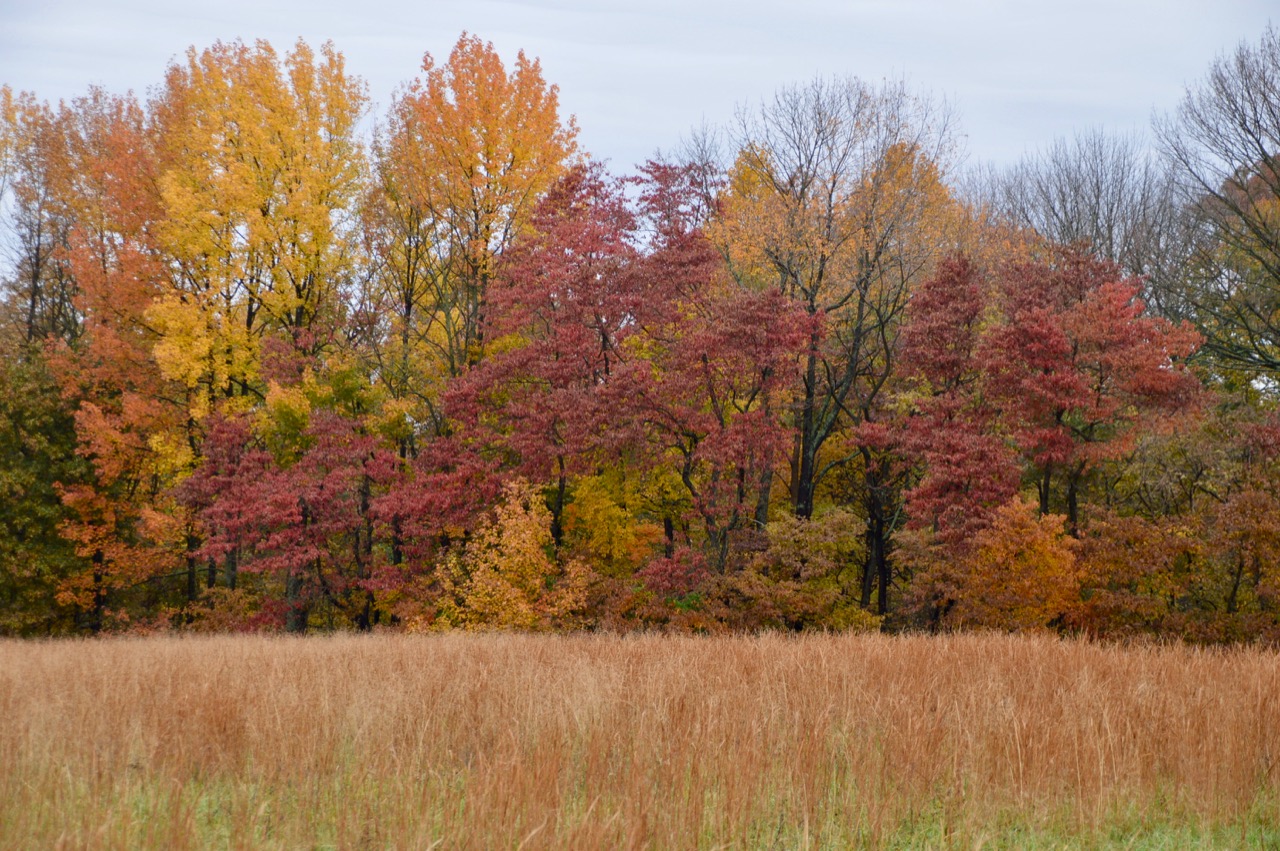 Finally a little color this year. I thought those red leaves were dead a few weeks ago. 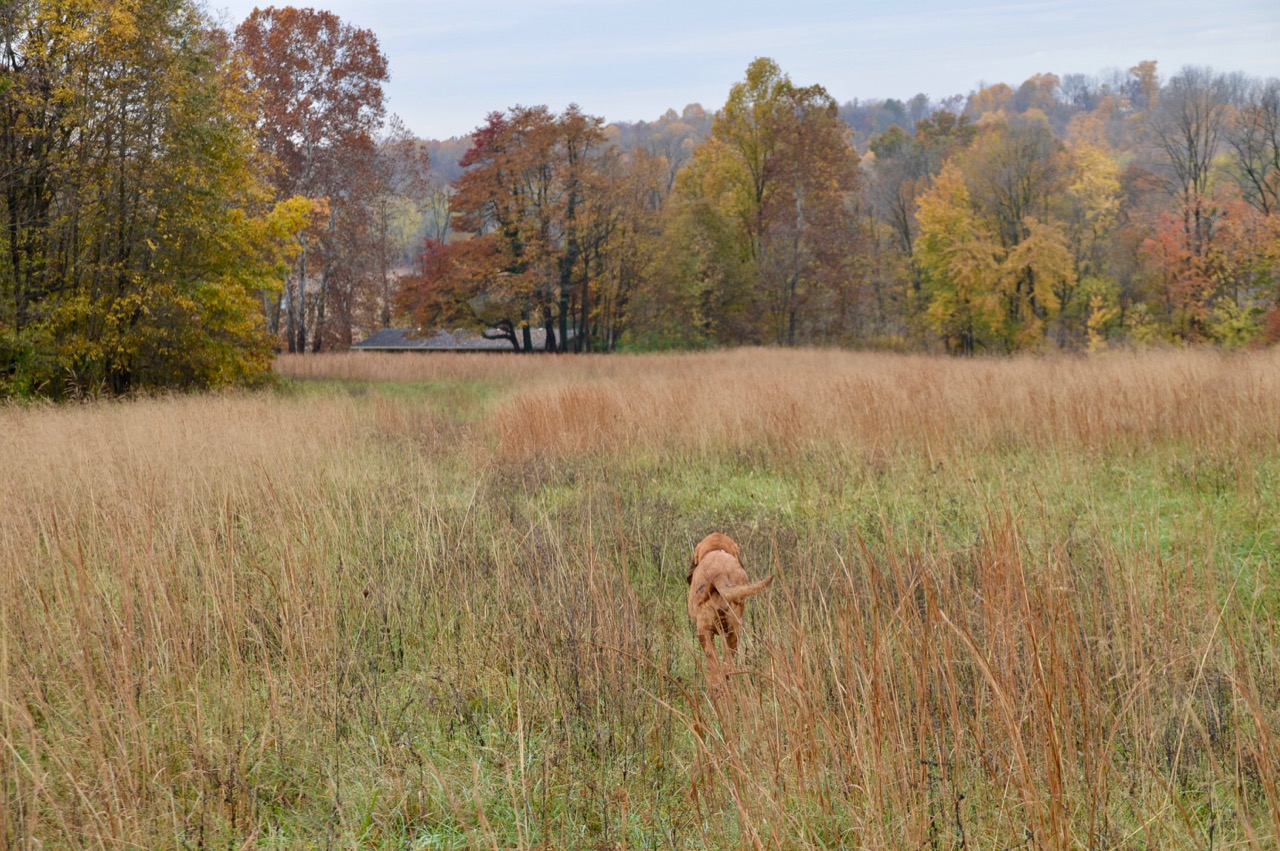 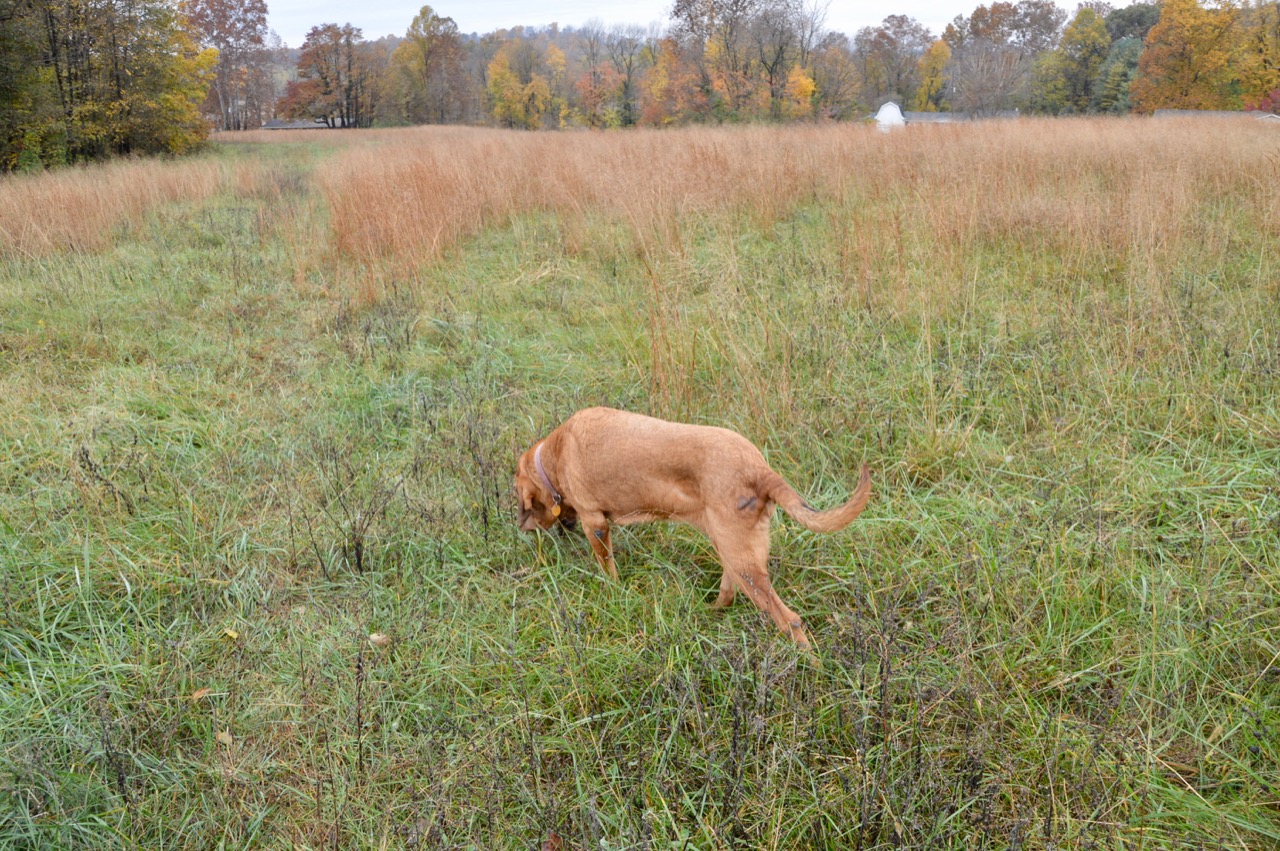 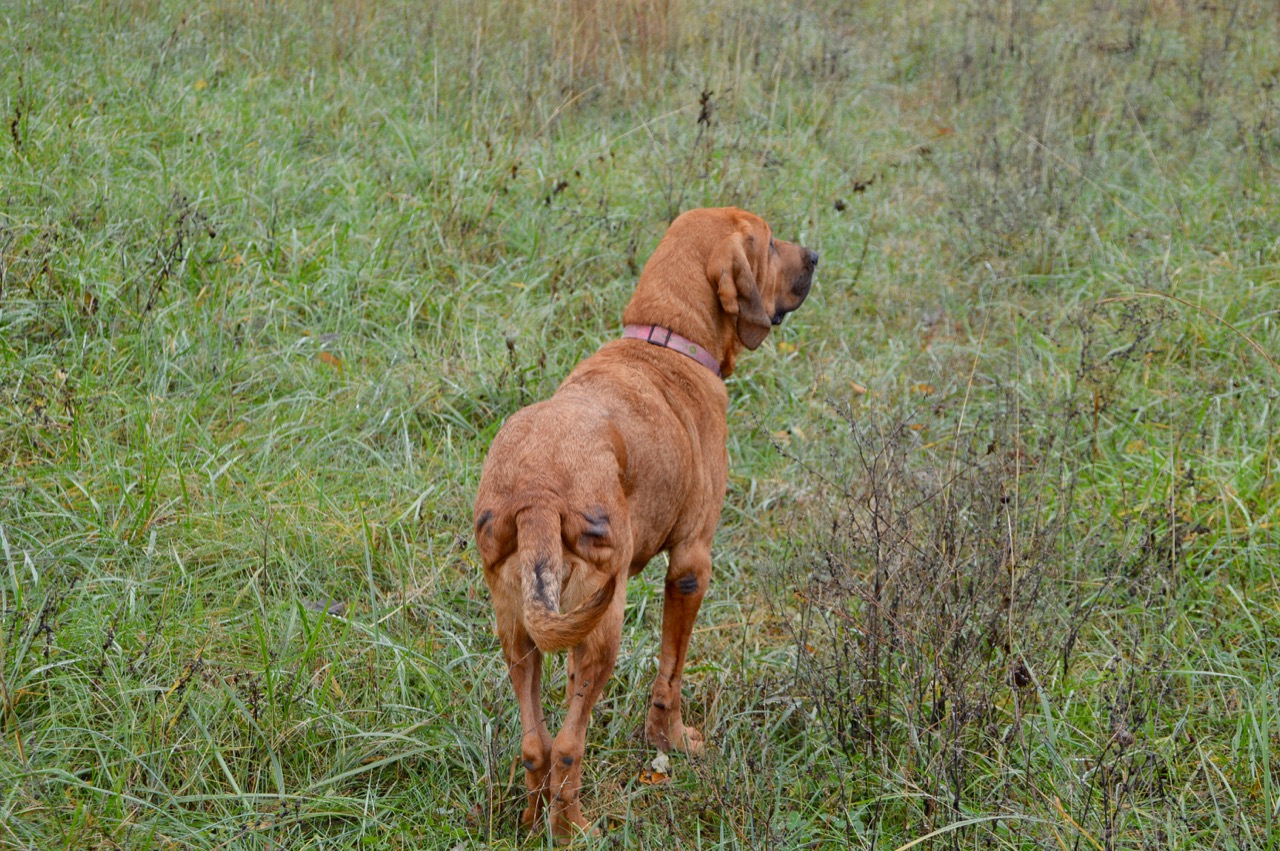 What does she smell or hear? 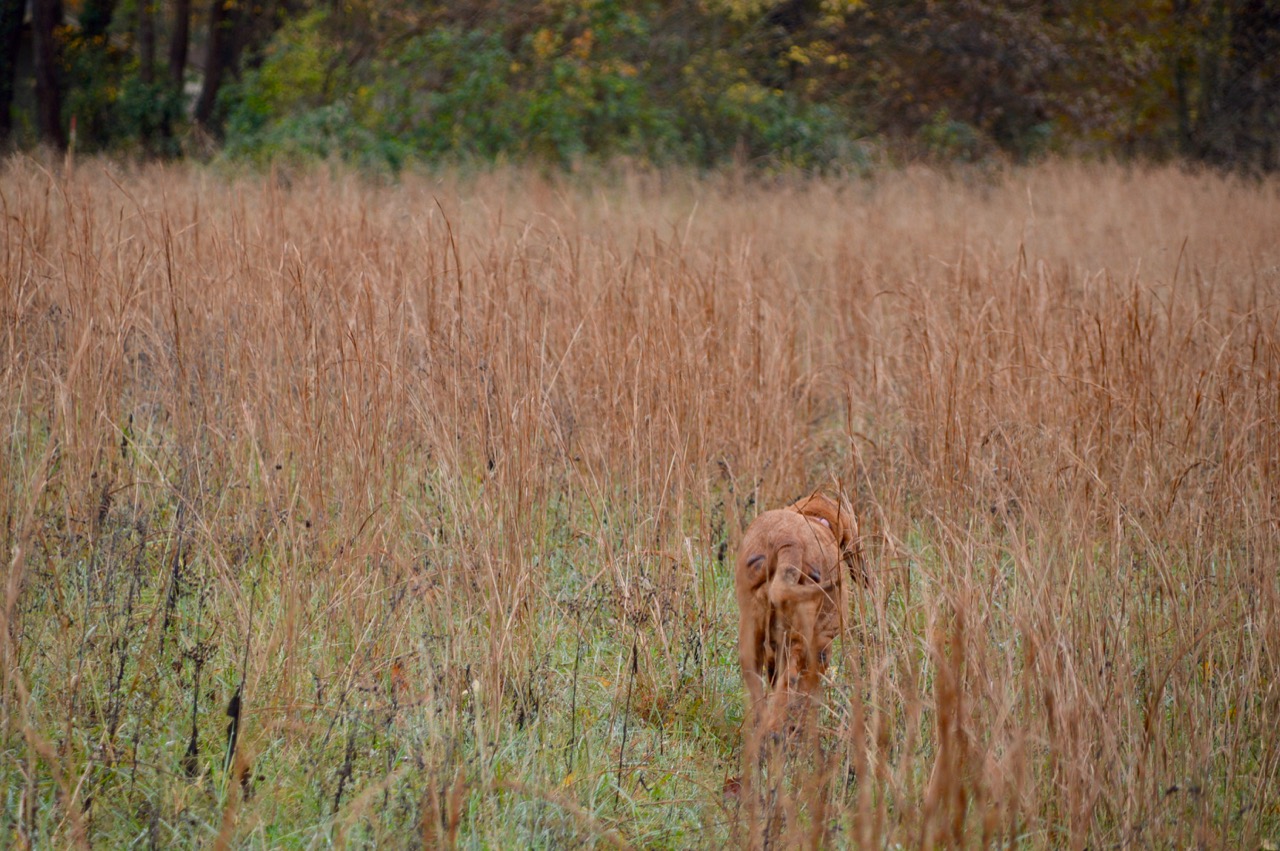 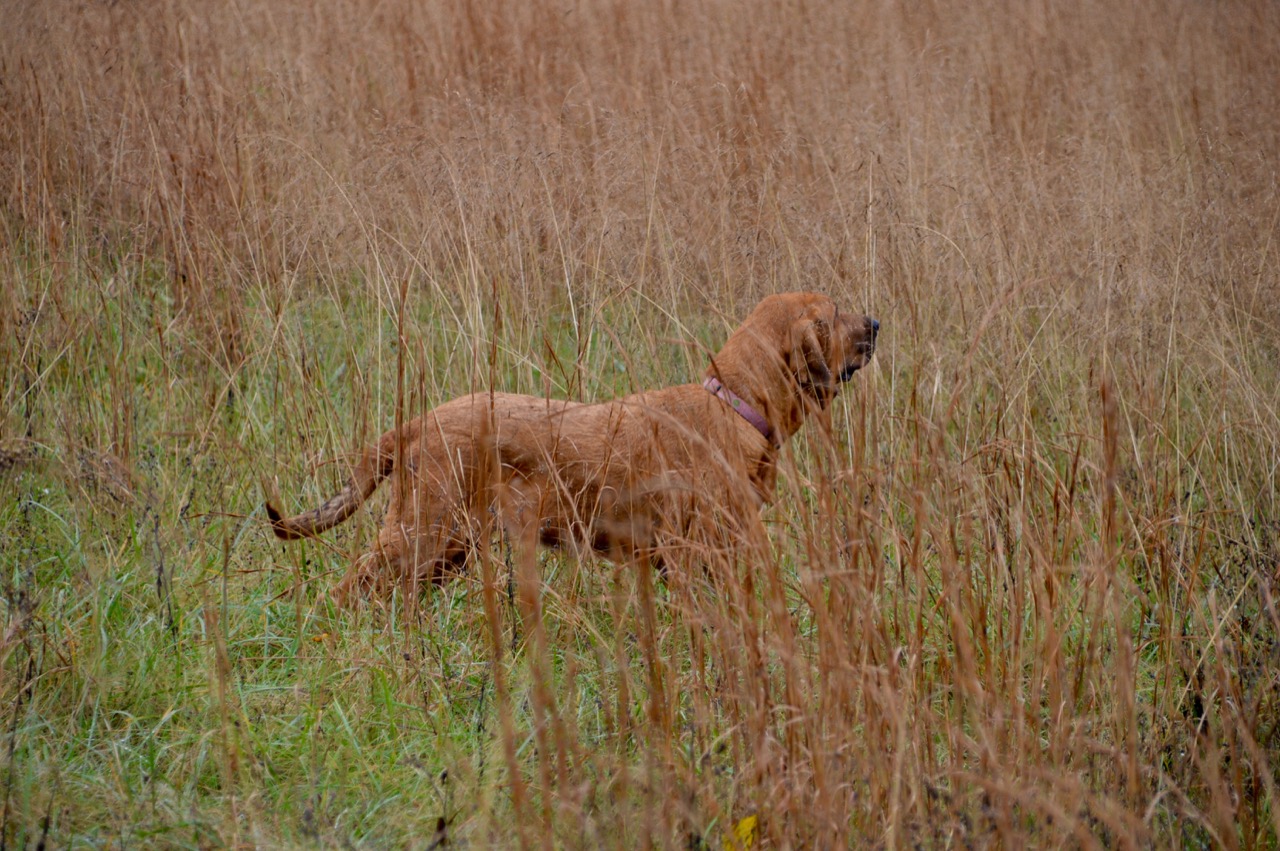 Smelling the field cat toward the neighbor's house. 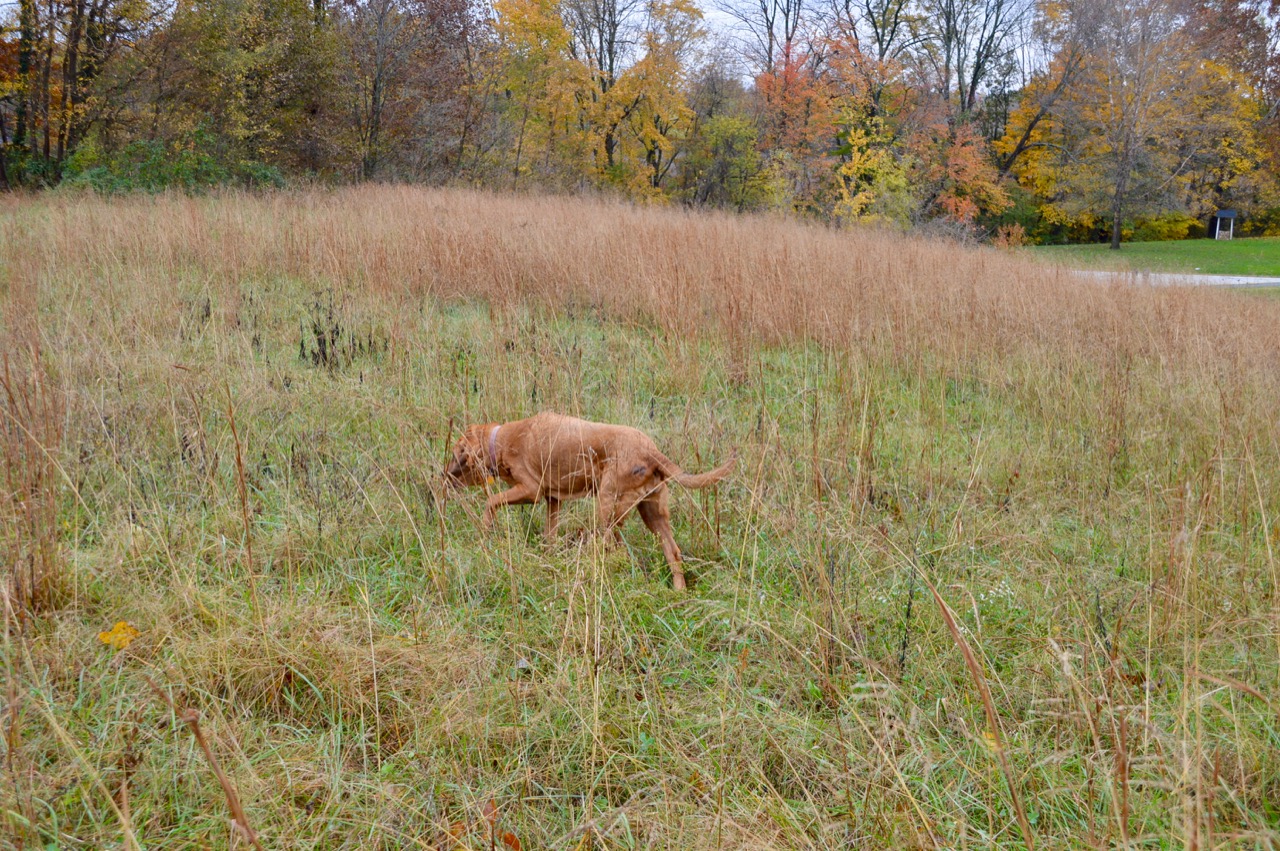 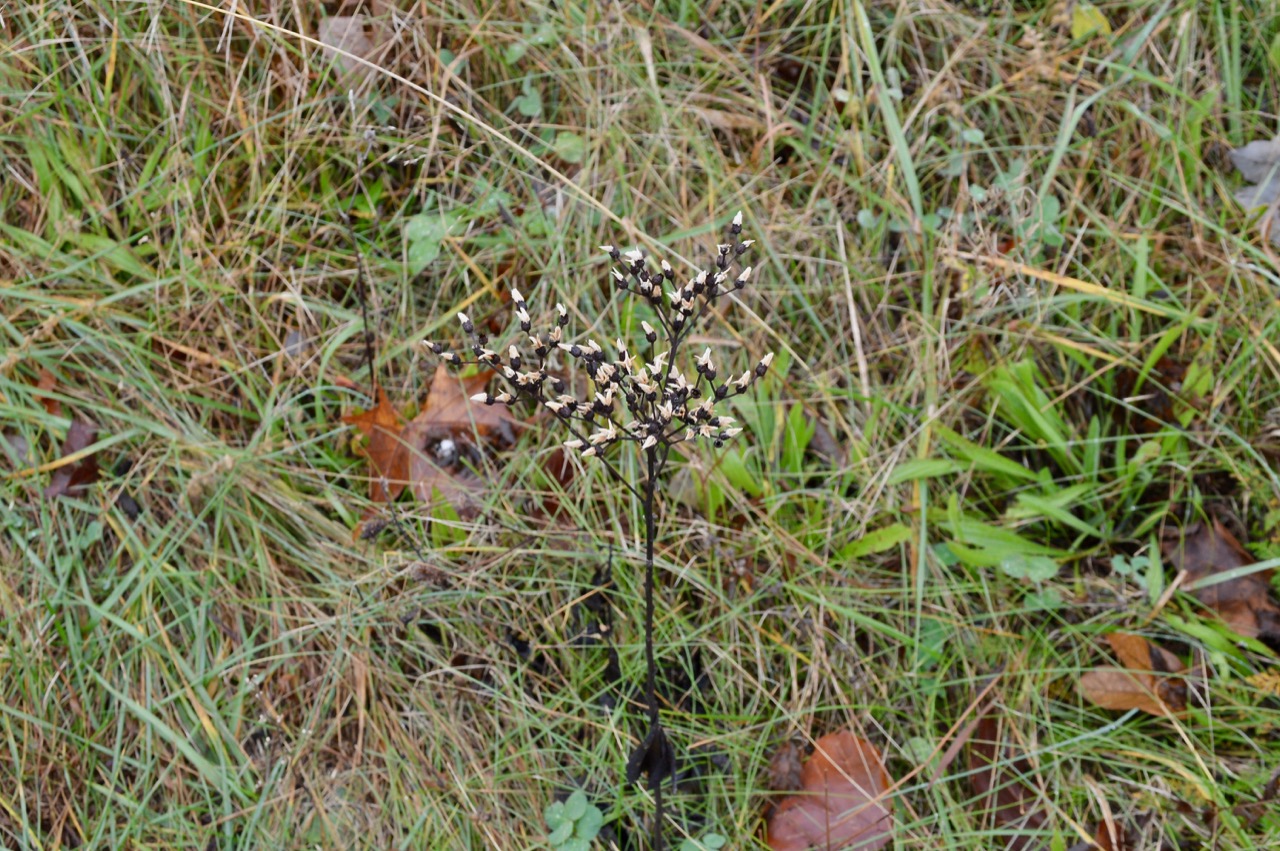 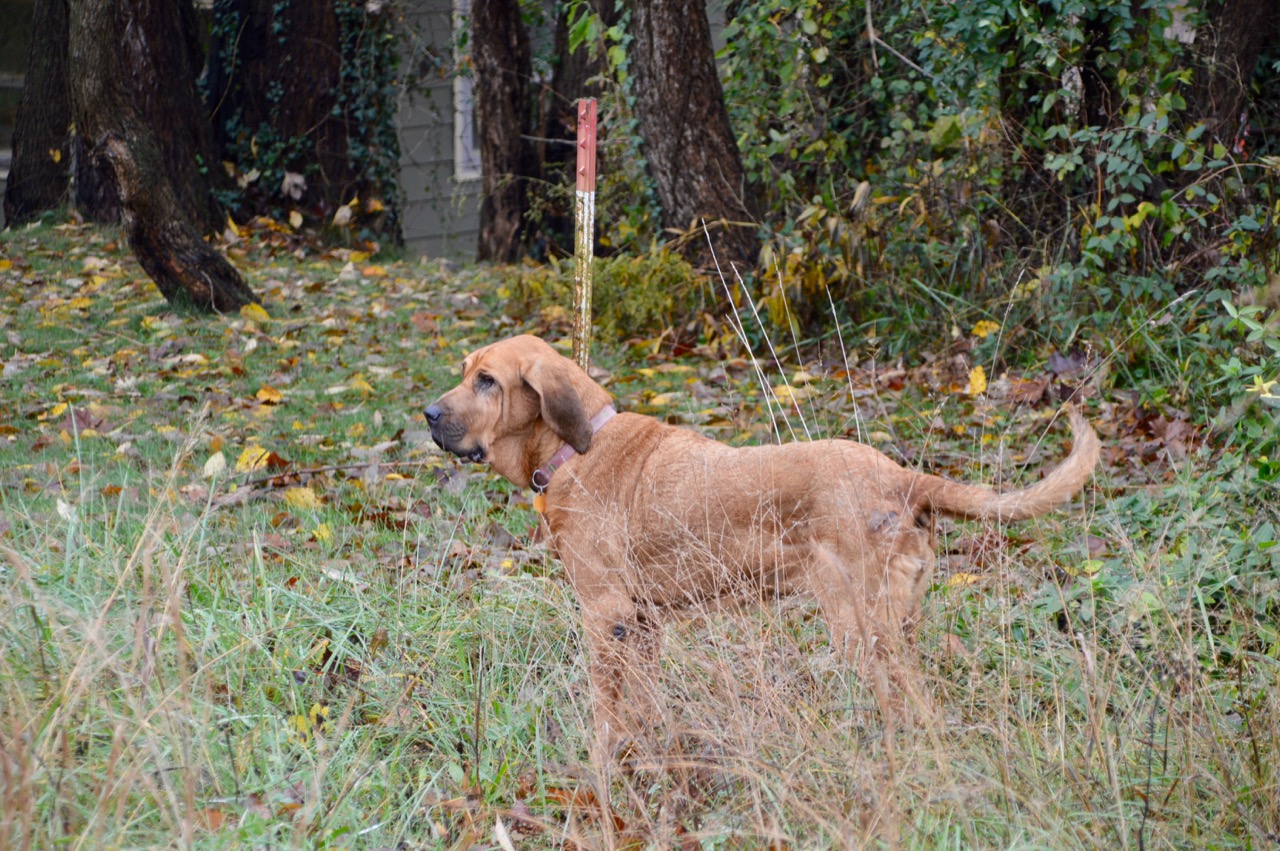 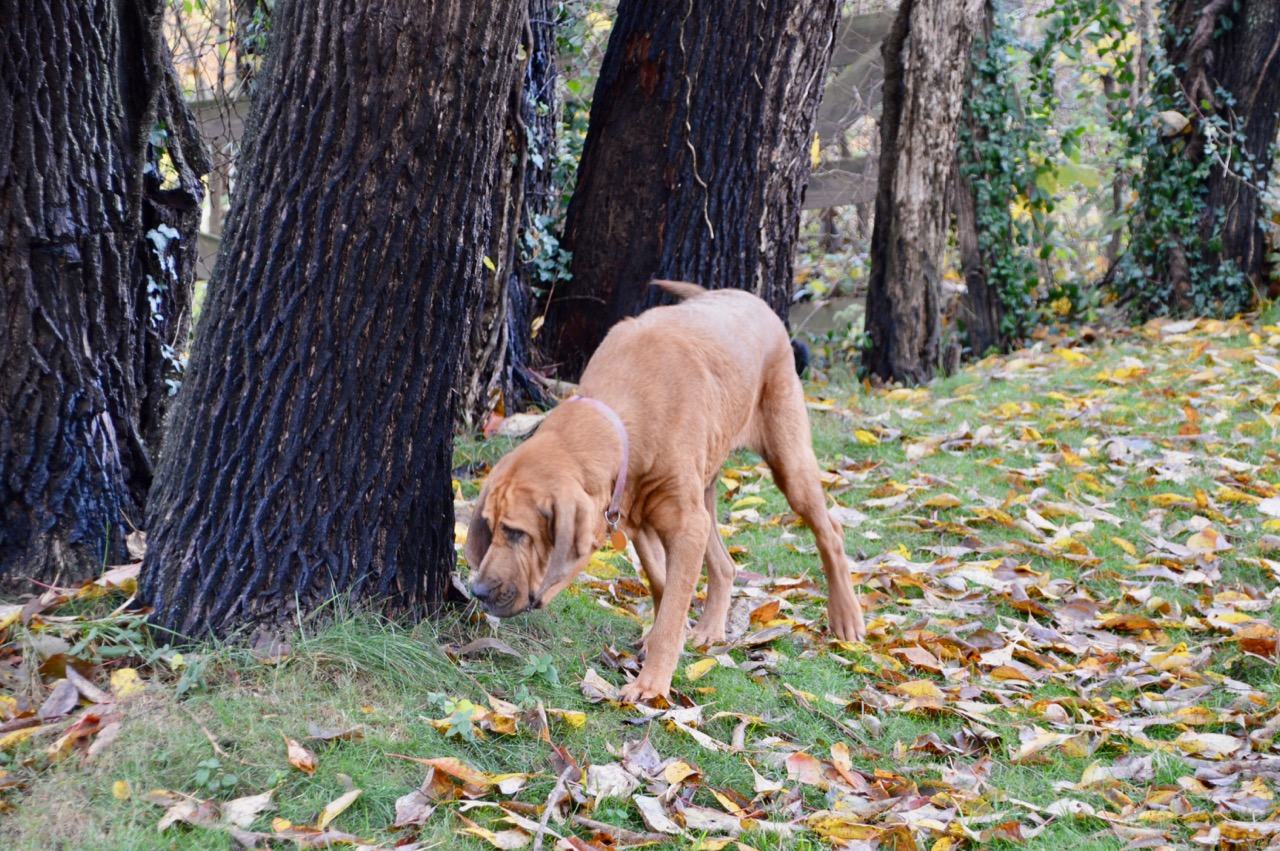 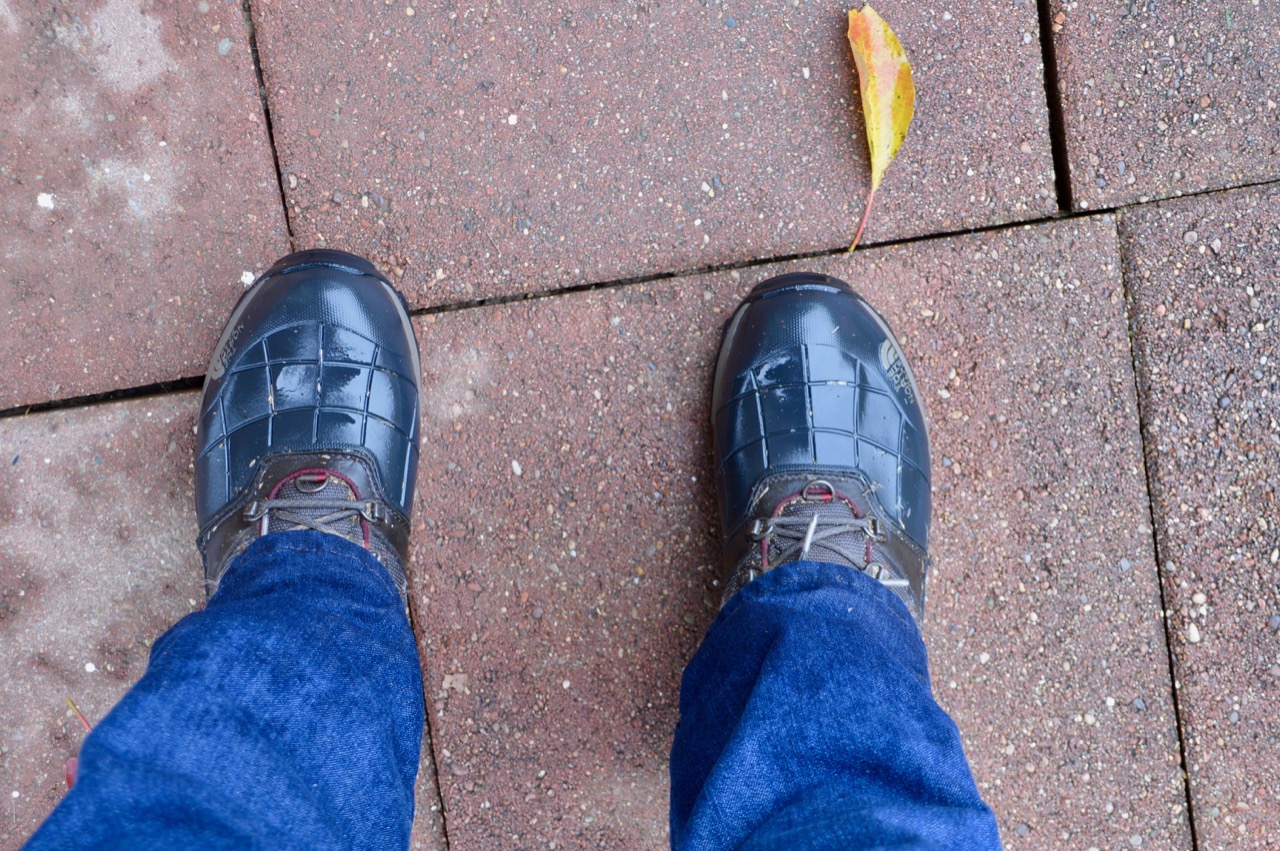 It was the first time I have ever worn fleeced lined jeans. I bought a pair the other day and am finding out they were a good purchase. I expected the field to be much more saturated than it was so I was a little overdressed with the North Face snow boots. Yet it was good to see that I could still fit the boots on with thick wool socks.

I have been using Flickr for free since 2014. They gave me 1Tb of storage and with over 28,000 photos they tell me I have only used 1.0457792% of that 1Tb ... not even 2%. They dropped a bombshell on Flickr users yesterday but didn't notify anyone by email ... they posted it on their blog for people to see. Isn't that interesting how they broke the news?

For the paid "Pro" users they told them they would double their yearly fee from $24 to $50 after the new year. That is close to the Smugmug fees, who now own Flickr. I'll not pay anything to use their service and will have to stop using them as an online storage. I liked that they did NOT compress your photos when you uploaded them like Google Photos does, so they stayed as clear and sharp as the photo is in your camera.

Since I am a 'free' account, after February 5th they will start deleting all of my photos automatically as well as other free users until they get to the last 1,000 most recent photos uploaded in my account ... unless I pay for unlimited storage.

That is what happens when businesses buy other businesses, so it's not a surprise. Directv begging me to come back to their service and continues to bribe me with their $300 Visa Gift Card.

I found it hard to write much today so I posted mostly photos. Things are okay ... Stella and I are headed out for our 2nd walk of the day here in 'the tropics' of Southern Indiana.
By Steve at 11:02 AM